Once a part of the electric vehicle mix, the range extender fell out of favour. But is it due a comeback? Mike Brewer Motoring contributor Chris Randall gives us his view 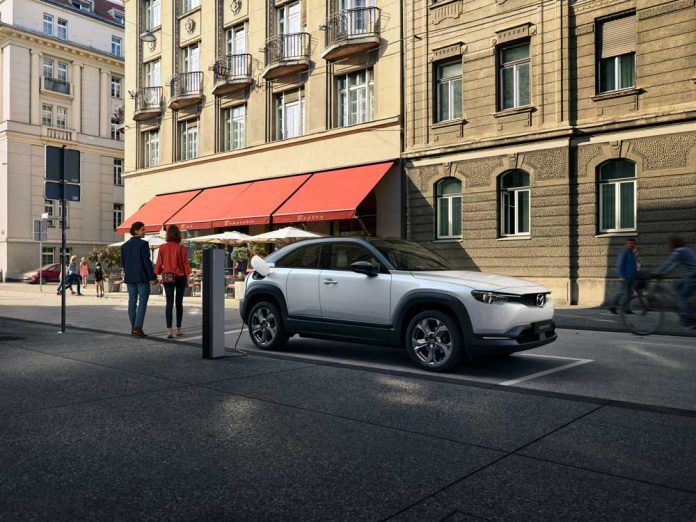 When early EVs struggled to exceed a hundred miles on battery power, it’s easy to see how having the back-up of a traditional internal combustion engine made sense. Talk of ‘range anxiety’ was commonplace, the threat of being stranded at the roadside with a flat battery understandably introducing a note of caution for buyers tempted to take the leap into electric car ownership. But what if you could banish those worries by retaining an engine, one that not only acted as a generator to recharge the main battery but, more importantly, reduced the likelihood of a date with the hard shoulder. That answer was the ‘range extender’. Various companies dabbled with the idea, amongst them Lotus Engineering, but it was General Motors (GM) that introduced the first mass-production model with its Chevrolet Volt/Vauxhall Ampera. Despite being fitted with just a 16kWh lithium-ion battery – small by modern standards – it still claimed an overall range of more than 300 miles. That was courtesy of its 1.4-litre, 86PS petrol engine and from the outset it provided a credible alternative to pure internal combustion. And it also demonstrated a key benefit of the range extender solution, namely the ability to reduce the size of the battery and electric motor required, and hence keep costs down.

GM weren’t the only ones, BMW offering its innovative i3 with the option of a 650cc twin-cylinder engine that stretched the overall range to comfortably in excess of 200 miles.

However, neither model would survive for long; the Volt/Ampera was dropped in 2014 as annual sales dwindled from a fairly positive start to barely four figures, while BMW culled the i3 REX in 2018 saying that gains in battery technology and more rapid charging facilities made it unnecessary. Although the range-extended i3 once made up sixty percent of sales it was both heavier and more expensive than its battery-only models, but were buyers really now comfortable enough with electric motoring not to need that petrol-powered safety blanket? BMW certainly thought so, but perhaps it also depended on where you stood when it came to the technology.

For example, a range-extender powertrain can easily be viewed as the best of all worlds, one where drivers get to enjoy all the benefits of EV motoring but with the get-out-of-jail-free card of an engine just in case. It represented a less complex and lighter solution than a full hybrid or PHEV, and the ability to employ a smaller battery demanding less in the way of precious resources (plus the packaging benefits) was surely an added attraction.

Of course, there’s an alternative standpoint which is that the range extender represents the worst of all worlds. Why cart around all the weight and complexity of the electric gubbins, only to add to it by including an engine, no matter how small it is. And with longer battery ranges and the ever-increasing roll out of fast-charging networks, not to mention maintaining a reliance on fossil fuel, the rush for EVs means there’s simply no place for the technology. But no matter which of these views represents yours, the range extender has been consigned to history, right? Well, not quite yet it would seem. For one thing, jump into one of LEVC’s electric taxi cabs and while you’ll mostly be wafted around on electric power there’s a 1.5-litre Volvo range extender engine ready to step in if required. It gives the cab a claimed range of more than 350 miles, which is more than enough for a few airport runs.

Which brings us to Mazda, a company that’s never been afraid to do things a bit differently. They may be late arriving at the BEV party but the MX-30 crossover, which debuted at last year’s Tokyo Motor Show and should start being delivered early in 2021, promises a range extender variant. Originally mooted at around the same time as BMW were cancelling their i3 version, it is likely to arrive once the initial model is established and is expected to use a development of the rotary engine that should be capable of running on a variety of different fuels.

With the MX-30 promising a modest electric-only range of around 124 miles, adding a small, efficient internal combustion engine appears an obvious way of increasing that without the need for a larger, heavier and more expensive battery. And the smooth-spinning rotary engine seems ideally suited to the task. Mazda remain tight-lipped on this variant, but it appears to be a part of future model plans.

So while other manufacturers have decided that range extenders aren’t the way forward, it seems that it might just have a future after all. Of course, the Government’s recent announcement that it intends to bring forward the ban on the sale of new petrol and diesel cars (including hybrids) to 2035 might well have thrown a spanner in car maker’s product planning works.

But the fact remains that with the pressure on car makers to make EVs an affordable and fully viable part of future personal mobility retaining a small element of internal combustion might just prove a sensible part of the mix. For the moment at least.