As the Citroen GS turns fifty years old, we celebrate the many wonderful cars that Citroen has produced before and since. 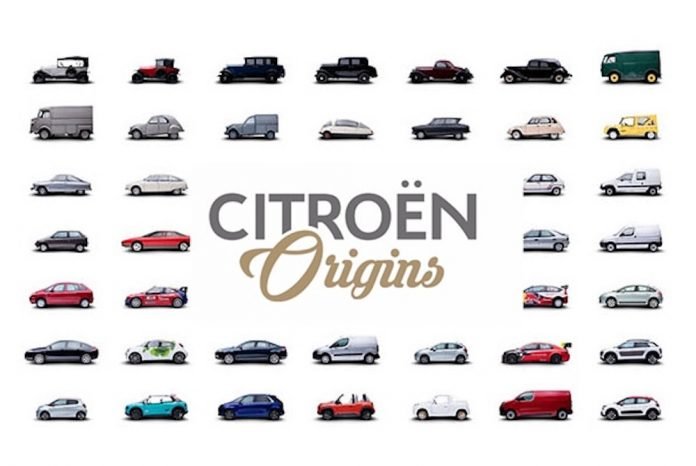 The Citroen GS is fifty years old, and being a car that still attracts plenty of enthusiasts today that milestone is worthy of celebration. But it also serves as a reminder of the many wonderful cars that Citroen has produced before and since.

So along with the GS there’s no better time to delve into the French firm’s back catalogue and remind ourselves that they really did do things a little differently. Launched in August 1970, Robert Opron gave Citroen’s new family car the sort of aerodynamic styling that separated it from any rival. There was a range of four-cylinder engines – there was even a rare Birotor Wankel-engine model – and the clever hydropneumatic suspension system, while the cabin was spacious and just a little quirky. The GSA hatchback arrived in 1979, and when production ended in 1986 around 1.9 million examples had been made. The Deux Chevaux is a legendary Citroen, one designed to be driven across a ploughed field without breaking a basket of eggs. Air-cooled, twin-cylinder engines produced tiny power and performance, but the driving experience was like nothing else, and it even had a starring role in James Bond film, For Your Eyes Only. Some were built in Slough, too. Around £3000 bags a decent one and everything is available to re-build them. The Déesse (or Goddess) amazed the crowds at the 1955 Paris Motor Show, and 12,000 were ordered on the first day alone. Almost 1.5 million were built over two decades while the futuristic styling, wonderful driving experience, and innovative hydraulically-powered suspension, steering and brakes ensure it still stands out today. There was also a cheaper, simpler ID and huge estate but whichever you choose there really is nothing else like it. Essentially the replacement for the DS, the big saloon arrived in 1974. Retaining the same sleek looks and clever running gear, there were plenty of models to choose from and the estates were simply vast. A livelier 2400GTi was added to the range, while 1984’s GTi Turbo was properly quick. The Series 2 of 1985 dialled-back the quirkiness a little, especially inside, and the estate remained in production right through until 1990. Born from Citroen’s purchase by Maserati in 1968, the SM was launched at the Geneva Motor Show two years later. Pairing Robert Opron styling with a Maserati all-alloy V6 engine (in 2.7- and 3.0-litre form) resulting in something very special, and it’s no surprise that the very best command in excess of £50,000. Almost all are left-hand drive and specialists say the manual is best. Try a good example and you’ll be smitten. Advertised with the slogan ‘Loves Driving, Hates Garages’ Citroen’s new family model arrived in 1982. Styled by Bertone, it paired sharp exterior looks with a typically unusual cabin, and it rode and handled neatly, too. Using plastic for the bonnet and tailgate kept weight down, while a wide range of engines and trims ensured there was a model for every preference, including a lively GTi. Revised in 1986, the BX lasted until 1994. Named after a type of camel and launched in 1968, the Mehari was meant to be both fun and useful. With Dyane underpinnings and clad in ABS plastic body panels, it was powered by a 602cc air-cooled twin managing just 28bhp. It lacked performance but did have bags of character, and with a few updates over the years – including front disc brakes in 1978 – it finally disappeared in 1987 with around 145,000 made. Claimed to be the first mass-produced front-wheel drive car, the model that arrived in 1934 was overseen by AndréLefebvre and combined streamlined styling with a technically advanced specification. Monocoque body construction, hydraulic brakes and rack and pinion steering all featured, while the later 1911cc engine was a fine performer. Production ended in 1955 with the Traction Avant proving a huge success, even becoming the car of choice for television detective, Maigret. Bertone was once again responsible for penning Citroen’s largest model, the XM being launched in 1989. Comfortable, spacious and packed with equipment, there was computer-controlled Hydractive suspension, a wide of range of engines, and a huge estate built by Heuliez. After the Series 2 model in 1995 production ended five years later with 333,775 made. Prices have been creeping up, but you’ll still find a usable one for around £2000. The BX replacement was launched at the 1993 Geneva Motor Show, and with good looks and a decent driving experience it found plenty of satisfied buyers. A choice of hatchback or estate models and a plentiful range of engines helped its appeal, while the high-tech Activa model with suspension that cancelled body roll still fascinates today. Fewer than a thousand are still on the road, so grab one while you can. The AX of 1986 was light and frugal as well as affordable, and it soon proved popular, but the model we’re interested in is the peppier Gti featuring a 1.4-litre engine producing 100bhp and 89lb ft of torque. Modest outputs by today’s standards, true, but they only had to shift around 800kg so performance was enjoyably lively – 0-60mph was achieved in less than 9.0 seconds with a top speed of almost 120mph. Citroen’s small cars are always interesting, and the Visa is no exception. Introduced in 1978 it would offer a range of air-cooled and larger, water-cooled engines, while the Gti hot hatchback borrowed its motor from the Peugeot 205 GTi. There was even a Cabriolet from 1983. The cabin featured unusual ‘satellite’ switch pods, and despite conventional suspension there was still a typically soft ride. Sadly, it’s another Gallic rarity that’s disappearing fast.

Supercar lovers can now place themselves firmly in the driving seat of Ferrari’s latest masterpiece with the new LEGO® Technic™ Ferrari Daytona SP3. This...
- Advertisement -