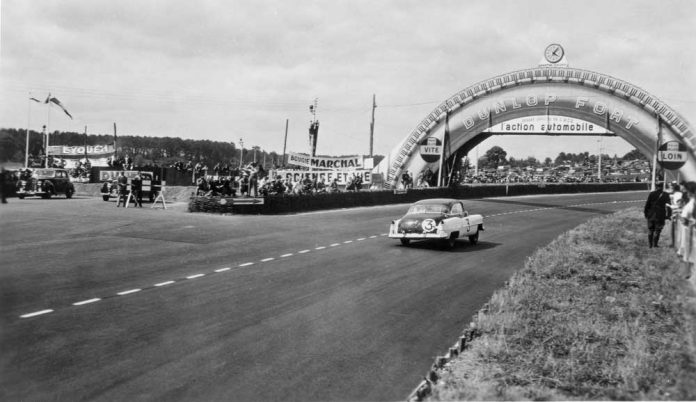 Around 70 years has passed since the famous American car maker Cadillac appeared at Le Mans, but how did it do? It’s a story worth re-telling

Since the first race in 1923, the legendary 24-hour event has passed into motorsport folklore, the La Sarthe circuit providing some amazing moments. From the exploits of the ‘Bentley Boys’ and Porsche’s domination, to the terrible accident in 1955, it has seen triumph and tragedy but head back seven decades and it would also see a rather unusual entrant.

Cadillac has an illustrious history, building its first car in 1903 and going on to introduce all manner of automotive innovations, including the electric starter and the world’s first production V8 engine, but it would be some years before it dipped its toes into the world of motorsport.

An involvement in NASCAR won’t come as any surprise, but in 1950 it would make an appearance at what has become the most famous race in the world. As the first American entry in more than 20 years, Briggs Cunningham’s decision to tackle Le Mans with a Cadillac – two of them, in fact – wasn’t quite what it seemed.

His original plan had been to fit their V8 engines into Ford bodies (calling the result ‘Fordillacs’) but on presenting them to the race officials he was met with a very definite ‘Non’. So his team’s entry rested on entering the cars as proper Cadillacs. One of them, the aerodynamically-styled Le Monstre driven by Cunningham and Phil Walters, has been written about many times over the years but the other entrant – the car you see here – has received rather less in the way of column inches, so it seems only right to remember its part in that race of seven decades ago. Wearing racing number three, the car was a 61 Series Coupe de Ville that the French soon dubbed ‘Petit Pataud’ (translating rather oddly into ‘small clumsy’. You’re guess is as good as ours…), a name that Cunningham found rather amusing and that it wore during the race. Chassis number 506111399, it was powered by a 5.4-litre V8 producing a modest 160hp at 3800rpm paired with a manual transmission. Mechanical changes were few, mainly consisting of minor modifications to the cooling, brake and exhaust systems and the fitting of dual twin-barrel carburettors in place of the regular single item.

In fact, the team had made remarkably few concessions given the challenge that lay ahead. There was a larger fuel tank, bonnet straps and stone guards for the headlights and the hub caps had been removed. The cabin was stripped of its rear seat and the driver now had a tachometer and oil pressure gauge as well as a radio with which to communicate with the pits, while the simple livery of the exterior was still adorned with the huge chrome grille and bumpers.

Prepared by Frick-Tappett Motors of Long Island (the business of Bill Frick and Phil Walter, the latter having driven using the pseudonym, Ted Tappett) and weighing in at around one and three quarter tons, it was surely one of the heavier cars to take to the Le Mans grid.

Driving duties fell to American brothers, Miles and Sam Collier, friends of Cunningham and whose interest in sports car racing had flourished during the 1930s. Founders of the Automobile Racing Club of America, they would need all of their talents if they were to wrestle the hefty Cadillac around the famous track. But despite a rather inauspicious start when the dash across the track to the car revealed the doors to be locked, the race itself proved notably trouble free (unlike Cunningham who’d had to dig Le Monstre out of a sandbank early in the race, and was then dogged by gearbox trouble).

Having averaged an impressive 81.5mph over the 24-hours, they crossed the finish line in tenth place overall having completed 233 laps. That was 23 laps less than the winning Talbot-Lago of Louis and Jean-Louis Rosier, and just one more than the Le Monstre which finished in eleventh.

It had been a more than creditable result for the unlikely-looking racer, and testament to the skills of all those involved. Briggs Cunningham would go on to build a stellar reputation in the world of sports cars and motorsport, but there was a rather sadder ending for the Collier brothers. Sam would be killed later the same year after a crash at Watkins Glen and Miles passed away from polio just four years later. But the pair had provided the famous Cadillac name with a link to racing’s most famous event and, like the car itself, that’s something that should be remembered.