After a modern classic with character? Then you’ll want to take a look at this frothy little number 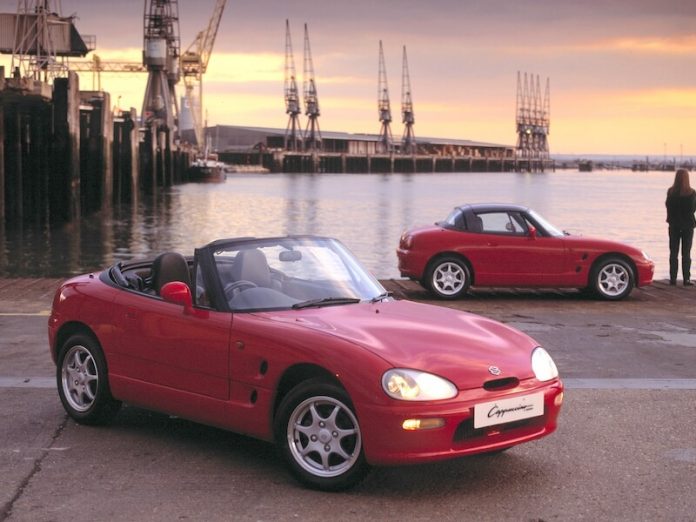 If you want a tiddler of a classic there are a few cars that would fit the bill. The original Mini and Fiat 500 are certainly small, and if it needed to be a bit sporty then how about a Frogeye Sprite?  But if those cars seem a bit low-tech – and frankly, they are – then looking to a Japanese modern classic might just fulfil your brief.

The car we have in mind is the Suzuki Cappuccino that manages to pack plenty of character into its dinky dimensions, and it just so happens to be celebrating its thirtieth birthday. But why did it exist at all? Well, that’s because it was a product of Japan’s kei car rules which were introduced in 1949 and amongst other things were intended to encourage buyers to choose four wheels instead of two. Manufacturers had to adhere to strict regulations regarding overall vehicle size as well as engine capacity and power, and it would result in some fascinating creations.

Not many of those creations made it to British shores, but the car you see here was one of them. Originally launched in 1991, the Cappuccino was a two-seater that boasted a clever roof arrangement with a variety of configurations, including T-top, Targa-style, and full convertible. That it was cute and charming only added to the appeal, which is why Suzuki’s UK importers were keen that it come here. And in 1993 it did, carrying a price tag of £11,995 and a straightforward choice of red or silver paint (around 80% were the former, if you’re interested). 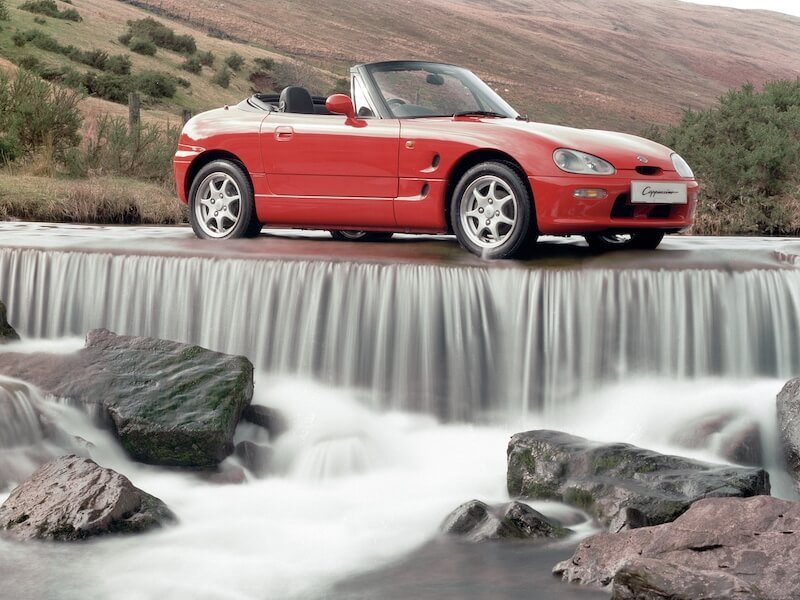 And if you thought small meant unsophisticated then think again. Its 3-cylinder engine may have been tiny at just 657cc, but it featured electronic fuel injection, four valves per cylinder with dual overhead camshafts, and a turbocharger. It was good for 63bhp with Suzuki claiming a top speed of 85mph and 0-60mph in (a slightly optimistic) eight seconds, and in a car weighing little more than 700kg those numbers were plenty. Factor in the strong brakes, pin-sharp rack and pinion steering, and double-wishbone suspension and this was a car that could put a smile on your face without the need to threaten driving licence or liberty.

Drop down into the cosy cabin and you’d be presented with plenty of hard, shiny plastics, but it was all well screwed together, you could guarantee it would still be working many years hence, and it felt roomier than you might have imagined. Yes, the ganglier of limb could expect a bit of elbow-nudging with the passenger but most could live with that. 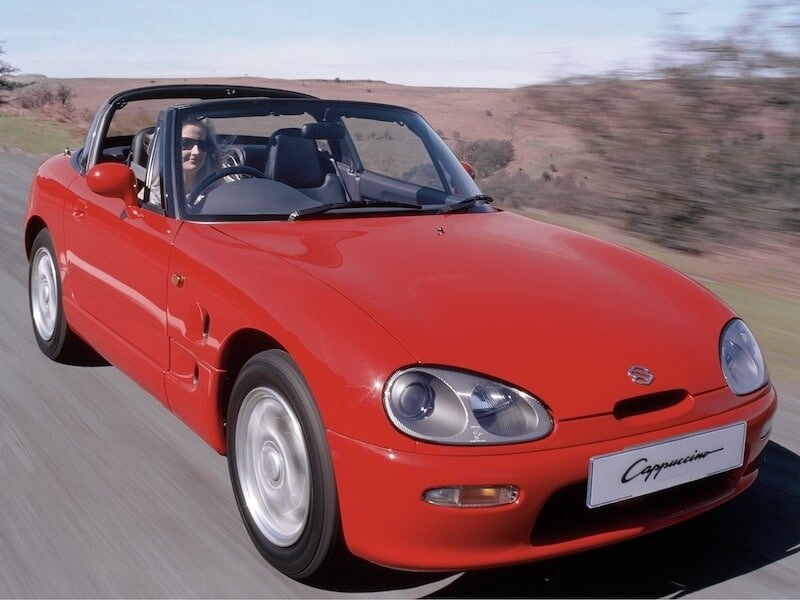 Clearly, it was a package that appealed to fun-loving UK buyers because during its two years on sale here 1110 were sold. Given that 28,000 were made in all that might seem like a modest number, but for a car operating in the (literally) smallest of niches it wasn’t a bad result. And according to DVLA data a fair number of those still reside here, the How Many Left website showing 163 cars on the road and a further 485 on SORN.

It’s likely that some of those missing succumbed to corrosion – rust-proofing wasn’t a strong point so you’ll need to check a potential purchase – but the rest of the package was well engineered so a history of careful maintenance is the important thing. You’ll also want to check for cosmetic damage as some parts can be a bit pricey, as well as ensuring the interior hasn’t succumbed to damp. There are enthusiastic owners clubs to help keep you on the road, though. 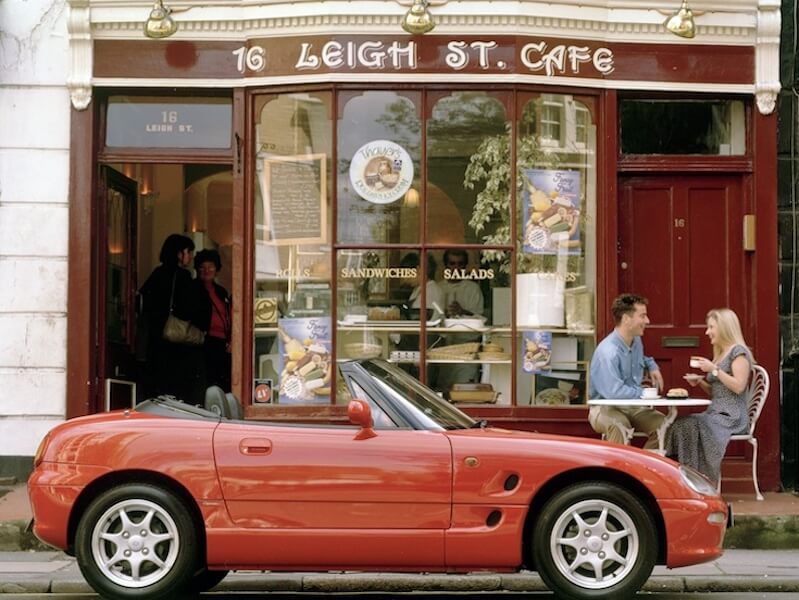 It’s hard not to be enchanted by the combination of diddy dimensions and gutsy performance, and while few are for sale at any one time a good one won’t break the bank.  Prices start at around £5000 with the best exceeding £10,000, but somewhere in the middle will bag a very nice example which makes this modern classic more than a little tempting.