Wheeler Dealers Mike Brewer and mechanic Edd China tackled a rare French sports car, but it didn’t get off to a good start for the Alpine A310.

The Alpine A310 was a car that Mike had really wanted, so finding one for Wheeler Dealers was a great moment. He tracked it down in France, but unfortunately it broke down with an overheating problem on the drive back to the UK.

That wasn’t a problem for Edd China though, as replacing the water pump soon had the cooling system fixed. A new carburettor, intake manifold and air filter improved the performance, and making a special tool allowed Edd to replace the faulty rear wheel bearing. With the main beam headlights repaired and the wheel’s centre caps refurbished the Alpine was ready for sale. 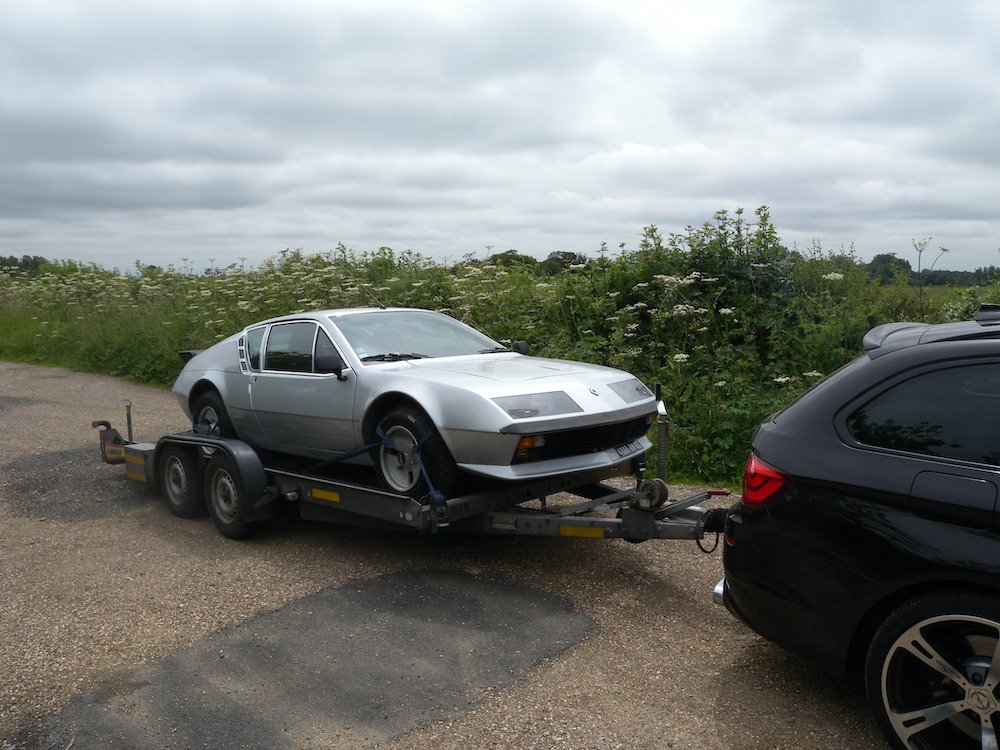 My Alpine A310 was the star of a Wheeler Dealers show. I needed another car like a hole in the head/wallet. I’d made the show a very low offer on the car, they’d snorted and said no way. There the deal sat, but about once a month someone would ring from the production company wondering if I wanted to pay more. The calls had died down and then, out of the blue, three months after the last call, we had the conversation above and I owned an A310.

Our history together has been full of ups and downs. I had to hide it in a barn for three months before I could find an opportune moment to confess to my wife and family that I’d bought another car (there are a few). We have two cats as a result of the ‘exchange of views’ that followed. 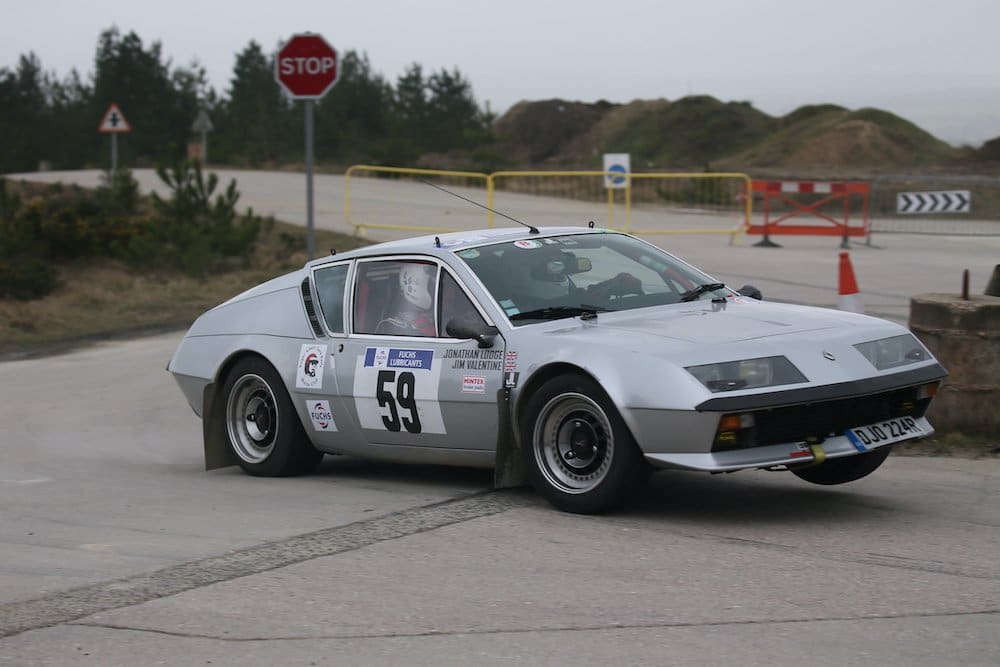 On a first visit to Castle Combe, I’d thought it strange that it put up an oil warning light briefly as it turned hard right at Quarry Corner. It seemed to be running fine, I checked the oil level in the pits and went out again, it did it on every lap. Well, I reasoned, a sports car should be able to turn right and this was probably oil surge in the sump. Five laps later, the light came up, this time with sad and expensive noises from behind. As they’d clearly fried the head gaskets in the filming of the show we had anticipated the existing engine letting go at some point. Just not so soon. I dined out on the quirkiness of a sports car that can’t turn right.

A great pleasure of developing the car has been working with some amazing craftsmen and artisans. Being a fibreglass body with a central spine chassis I didn’t much fancy crashing in the car. So a roll cage was built by Peter at Fabricage – having test driven one of his cages with a Saab and a tree, I wouldn’t have chosen anyone else. This period was about the high point of irresponsible or naïve car construction. In the original car the front seats were bolted through the floor (fibreglass) on four 10mm bolts. Peter couldn’t actually find a solid part of the car to mount the cage on. It’s a credit to his creativity that it is effectively mounted on itself while also providing proper protection underneath, a frame for a sump guard and supplying proper seat mountings. 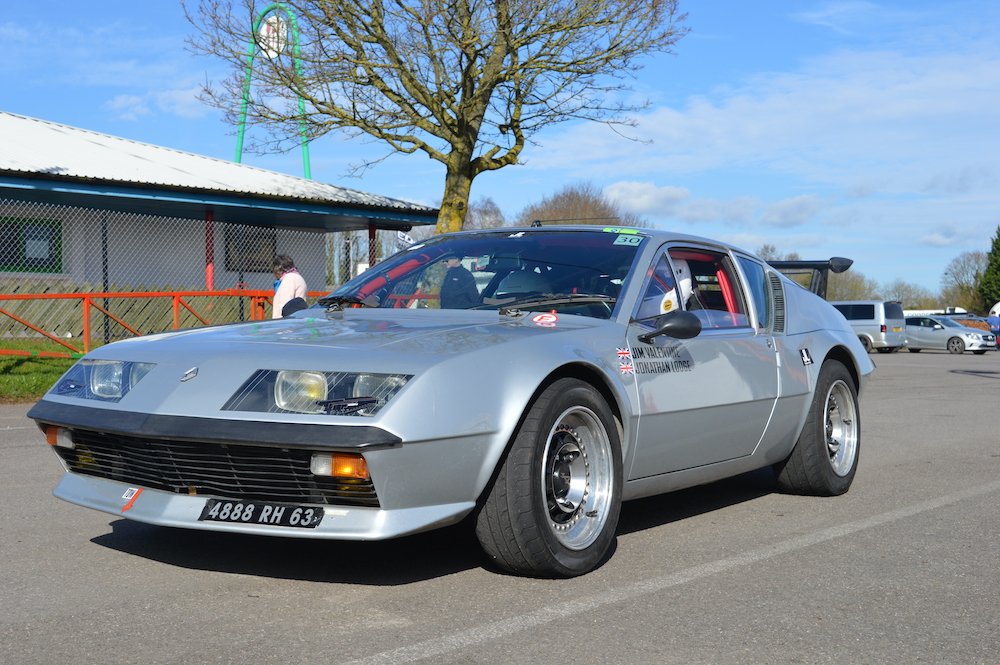 The car is a wonderful antidote to more anodyne modern efficiency. Windscreen wipers are clap hand, overlapped and staggered, headlamps are yellow, in a frontal accident the radiator will be pushed straight into the fuel tank, which itself has a breather that drops fuel onto the front right brake calliper. The Alpine, like a Porsche, had a rear engine with a roughly 40/60 weight distribution. In a Porsche a lot of that weight is between the axles. In the Alpine it feels like that 60% is nearly all behind the back axle and most of it is. I found out early on that if it lets go you can often catch the first swing but then catching the correction is very hard indeed. On the plus side, such is the pendulum effect, if it does spin, it tends to do so in its own length and doesn’t travel while it’s doing it. 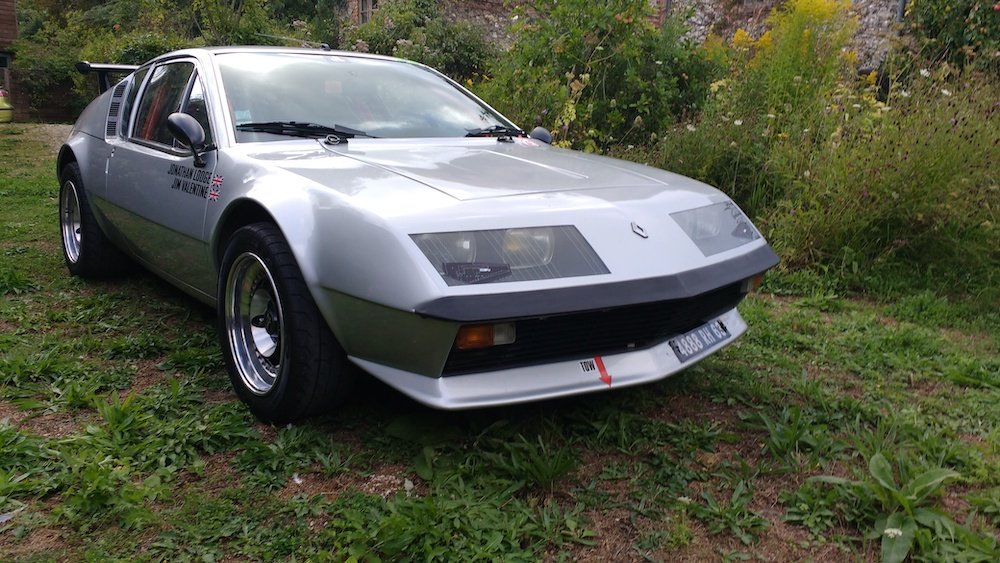 The Alpine never had a lot of badging so it’s astonishing how many people approach me asking what it is. In the flesh it is tiny by today’s standards. The roof line of the Alpine raised on a trailer is the same height as the tow car. That low height makes it impossible to enter or exit with any grace or style, but I’ve developed a low roll that at least gets me in and out but the slight humiliation is good for keeping ego in check. Once in, it fits like a glove. I hesitate to say it’s now going very well but we’re looking forward to next year’s Historic Tarmac Rally Championship.

Mike Brewer remembers:
What a quirky car. It was a rarity and a real treat to get one for the workshop. I’ll be honest, it had both myself and Edd scratching our heads with how to fix it up properly. One problem was sourcing tyres. They were rare and expensive, but eventually my friends at Pirelli stepped up and had a dealer swap a set of Ferrari tyres, for the Michelin ones. Edd did amazing work and at the end of the day we achieved what we had set out to do, have a usable classic that can be enjoyed.

Mike heads back to the workshop with the Alpine A310, and Edd tackles the overheating

The A310 gets a carburettor and intake manifold upgrade