Wheeler Dealer Mike Brewer and mechanic Edd China got their hands on a cracking Italian classic, and the tall man wasted no time in getting the spanners out

Mike was certainly happy when he bagged the Alfasud for less than £5000 at an auction, but the lack of service history could have been a worry. 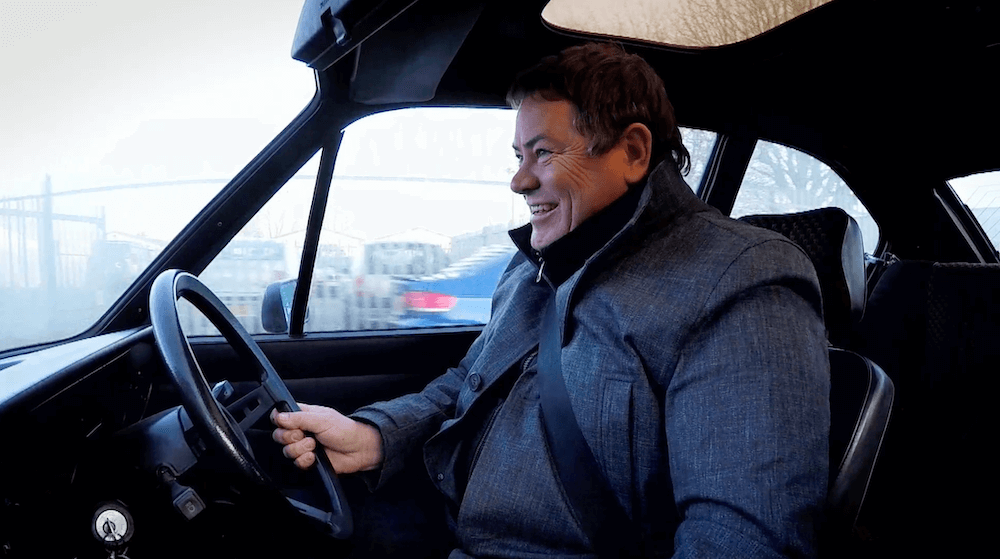 It had been years since the engine had seen any maintenance, so Edd whipped it out of the car and set about changing the cam belt and carrying out a full service. And with the engine out of the way he could also tackle the small spot of rust at the bottom of the front bulkhead.

The running gear also received some much-needed attention, with fresh front brake pads and discs fitted and an overhaul of the rear suspension. With linkages renovated and polyurethane bushes installed the Alfasud was now fighting fit.

I saw the Alfasud on eBay and knew straightaway that it was the Wheeler Dealers car, and I bought it pretty much without even looking at it. That was back in 2017. I’d owned four of these models back in my younger days so I was ready to own another one – call it a mid-life crisis, perhaps! 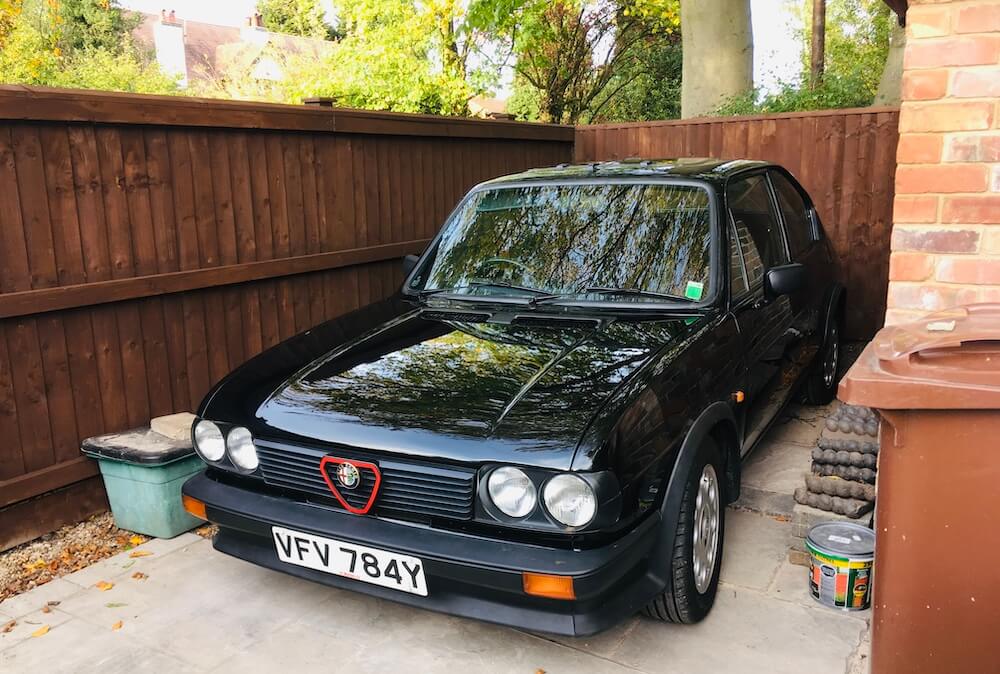 It had only been a couple of years since it appeared on the show, so while the car was still in good condition there were a few jobs I needed to do. The engine wasn’t running quite right but that was easily solved, and I discovered that one of the rear stub axles was bent which affected the handling although that was another easy fix. 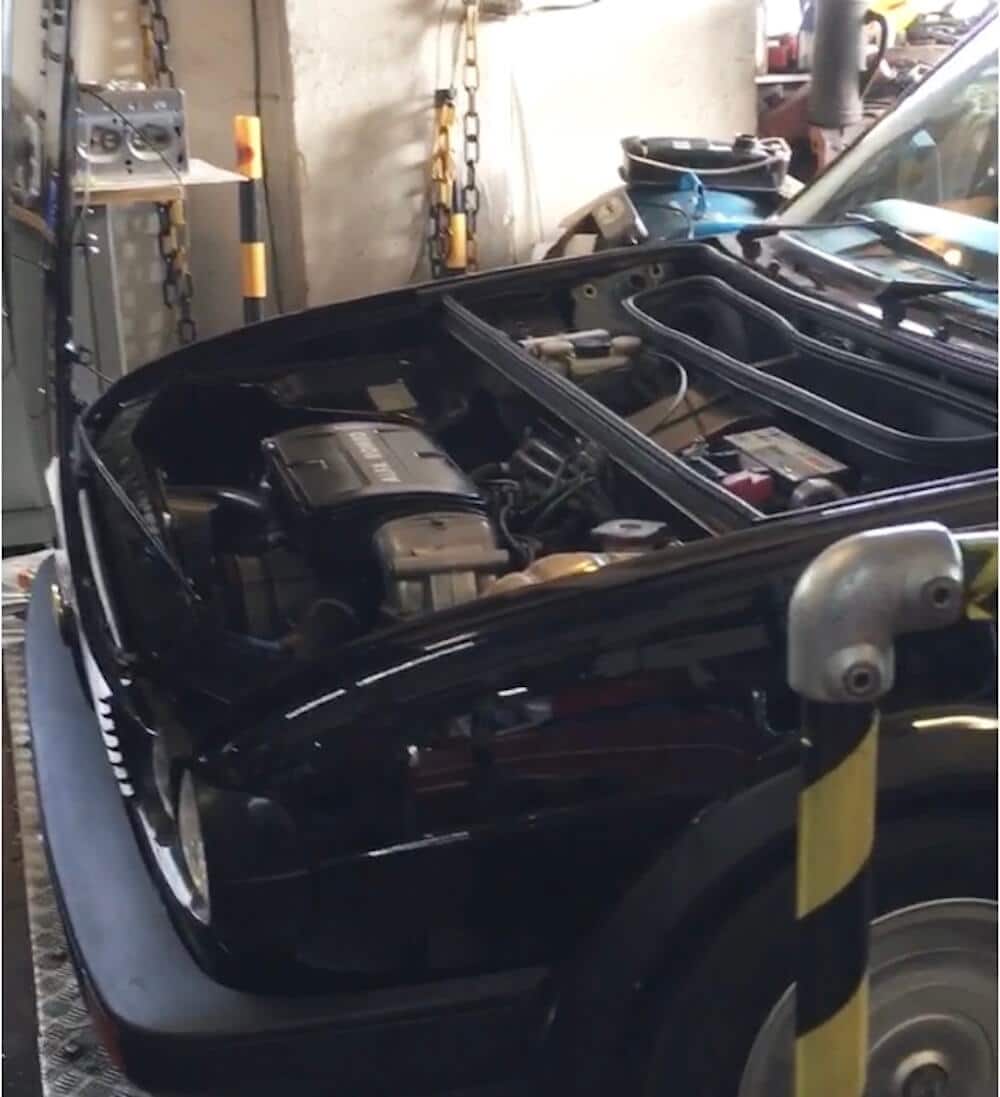 Apart from that I’ve just replaced a few bits of trim, and added to the rust protection. I suspect some of the panels contain filler, which has started to crack, so I might it have resprayed in the future, although I’ve not decided yet.

It’s an enjoyable car to drive, though, and it gets regular use over the summer months, including last year when journeys were allowed. There have been a few longer trips, and I’ve even used it for commuting to work although I’ve kept it on SORN over the winter to protect the bodywork from the salty roads. 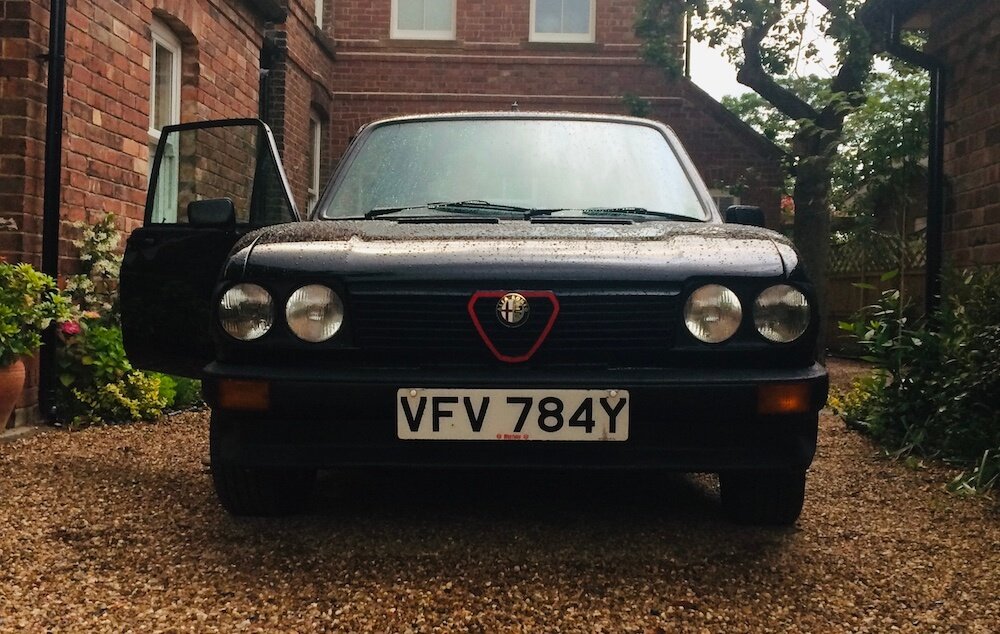 The one thing I have discovered is that it doesn’t appear to be a genuine Cloverleaf model.  It’s probably a standard 1.5Ti with the relevant bits like the alloy wheels added afterwards, but that doesn’t really matter as it’s a car that I definitely plan to keep. These are quite rare now, and being a Wheeler Dealers car adds extra interest to its history.

Mike Brewer remembers:
We focused on the mechanics in this episode as because Richard has discovered, the body work wasn’t as good on closer inspection. However, I can remember the poly bushes made a huge difference to the way the old car handled.

I was so excited to drive at the end of the show on the joyride. It felt transformed as we put the Alfasud through its paces on the Roman roads.

Edd removes the Alfasud’s engine and tackles some rust

With the restoration finished, the boys enjoy the final test drive

We don’t usually delve into the history of the cars that appeared on the show, but with the Alfasud celebrating its 50thbirthday this year, it’s the perfect time to make an exception.

Launched at the 1971 Turin Motor Show, Alfa Romeo’s new family saloon stood out thanks to its aerodynamic styling courtesy of Giorgetto Giugiaro, and the engineering genius of Rudolf Hruska.

Front-wheel drive and powered by four-cylinder boxer engines, power outputs may have been modest by modern standards – the initial 1186cc unit made just 63bhp – but it was the superb handling that marked it out as something special.

Initially available in saloon form only, a hatchback would arrive later along with a 3-door Sprint coupe, while engines would become larger and more powerful. The 95bhp 1.5 twin-carb unit fitted to Sprint Veloce versions was especially peppy.

It wasn’t all good news, though. ‘Sud’ refers to the fact that it was built at a plant in the south of Italy – Pomigliano d’Arco near Naples – and Alfa management would have a difficult relationship with the inexperienced workforce, with numerous strikes disrupting production.

A reputation for dire corrosion didn’t help the new model, either, and explains why so few survive today. Ultimately, around 1.1 million examples would be built before production ended in 1984 (the Sprint coupe soldiered on until 1989) but when a classic car is as entertaining to drive as this one those that are left deserve saving.