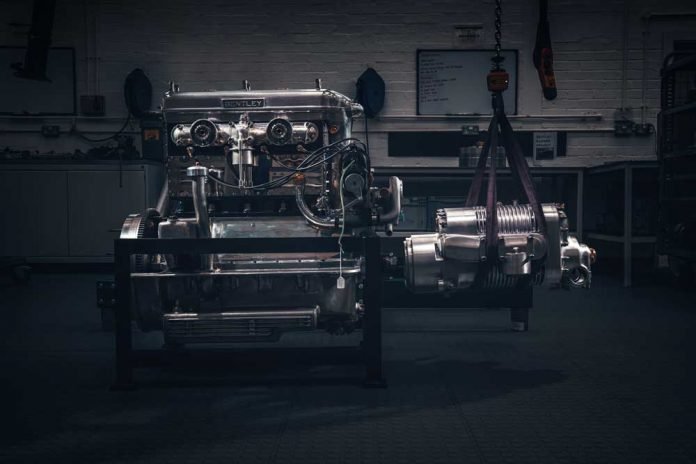 Bentley has announced that work has begun on assembling the engineering prototype of the first ‘new’ Blower Bentley in 90 years. Known as ‘Car Zero’ the work is being carried out at the Bentley Mulliner workshop in Crewe. The prototype will be followed by twelve further cars, each of which features a supercharged 4.5-litre engine and built to the design of the 1929 Team Car that was developed and raced by the legendary Sir Henry ‘Tim’ Birkin. The original racer was carefully disassembled and laser-scanned, the new parts ordered using a combination of the resulting digital CAD data and original engineering drawings from the 1920s. Claimed to be the world’s first continuation series for a pre-war car, all twelve have already been sold. Bentley has drawn together a team of artisans from around the UK to create the parts, a number of which have now arrived at the Crewe workshop. These include the chassis, fuel tank, radiator and headlights. Meanwhile, Bentley engineers have completed the work on the ash frame that will support the body and customers are in the process of finalising their choice of trim and specification. The chassis has been constructed by Israel Newton & Sons Ltd, a 200-year old firm that usually makes boilers for steam locomotives and traction engines. Lomax Coachbuilders are responsible for the ash frame. The headlamps have been made by Vintage Headlamp Restoration International Ltd in Sheffield, while responsibility for the radiator fell to the Vintage Car Radiator Company based at Bicester Heritage on Oxfordshire. The front axle assembly and leaf springs have also been completed, the latter made by Jones Springs Ltd. The famous 4.5-litre engine features a re-made Amherst Villiers supercharger, along with aluminium pistons, an overhead camshaft, four valves per cylinder and twin-spark ignition. Final tuning will take place on a special test-bed at Crewe with the final power output expected to be in the region of 240bhp. Bentley Mulliner’s Tim Hannig says: “After almost a year of highly-detailed engineering work, it is extremely rewarding to see the first parts coming together to form the first Bentley Blower in over 90 years. The skill of our engineers and technicians in completing hundreds of individual part specifications is equalled only by of the artisans across the country that have handmade the components that we’re now starting to bolt together.”

While the development programme will continue later this year, Car Zero is due to make its first public appearance in the autumn but only after it has been shown to the twelve lucky owners.