Auto NewsAudi Quattro in the age of electric mobility

Audi Quattro in the age of electric mobility 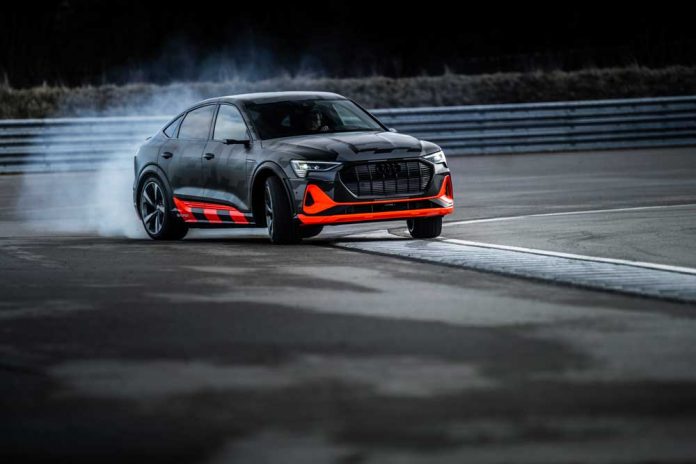 Having accumulated four decades worth of knowledge developing its quattro all-wheel drive system, Audi say that the electric quattro system in its e-tron range marks their next milestone in the age of electric mobility.

Calling it ‘the perfect combination of powerful performance and high efficiency’ the quattro drive architecture for electric models is described as being fundamentally new. On e-tron S models it combines a pair of electric motors on the rear axle that drive the car in most conditions with a single asynchronous motor on the front axle. The latter is activated when maximum torque is required, or in low grip situations. The system also integrates functions such as electric torque vectoring on the rear axle and a high level of energy recuperation.

A Drive Control Unit (DCU) manages the distribution of torque between the front and rear axles, working in conjunction with the e-tron’s Electronic Chassis, traction control and electronic stability control (ESC) systems. Audi say that the electronic torque vectoring function operates in just 30 milliseconds, a quarter of the time it would take using a mechanical system.

The company go on to explain that the electric all-wheel drive in e-tron and e-tron S models is also activated under heavy braking, maximising the amount of kinetic energy recovered by the system. When the driver brakes to a level of 0.3g (which Audi say applies to more than 90% of braking in everyday driving) the electric motors on both front and rear axles act as generators, recharging the battery. Braking from 62mph in an e-tron S can recover up to 270kW of energy, compared to 250kW in a Formula E electric racer.

“We combine the efficiency advantages of a driven axle with the traction and dynamic performance of an all-wheel drive system” says Audi’s Michael Wein, Project Leader All-Wheel Drive Control Systems.