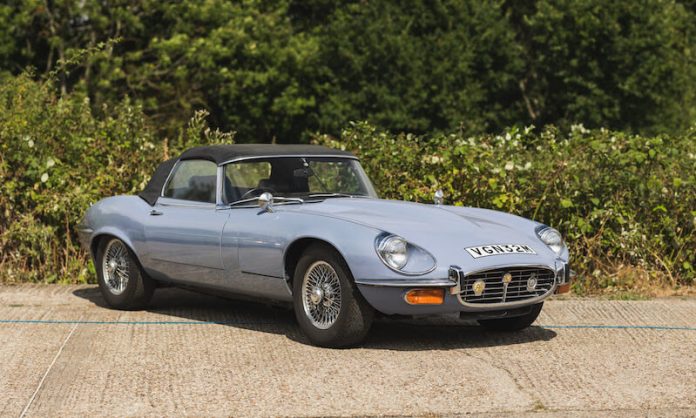 Read below for a selection of the British Car Marques available at the sale:

The Lavender Blue paint is original, however, there is now evidence of some ‘micro blistering’ so please have a look. Essentially original as you might expect with just 33,000 miles and retains its original dark blue interior, hood and carpets. 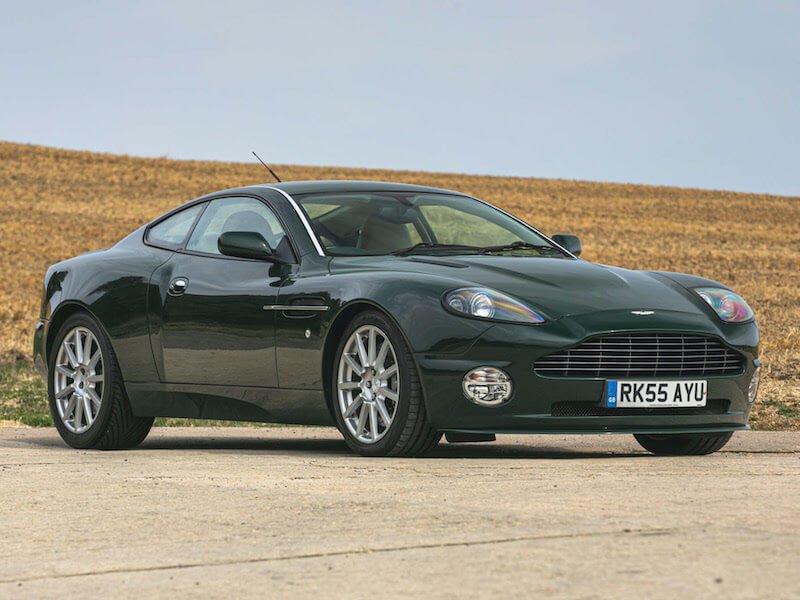 Beautifully presented Vanquish S, one of just 375 right-hand drive cars, optioned with the rare 2+2 configuration, and only 42,000 miles from new.

Supplied new by Lancaster Aston Martin in Reading, this beautiful Vanquish S has only had one previous owner. The ‘S’ offered 520bhp, an output good enough to whistle the upgraded car up to 200 mph. Just 42,000 miles from new supported by a full Aston Martin service history with dealer stamps in the original hand-book.

It’s a 2+2 with a couple of child-friendly rear seats filling the space that in the two-seater was occupied by a shelf. Classically finished in Pentland Green with Beige Connolly leather, Wilton carpeting and a quilted Alcantara headlining. Accompanied by its history file with supporting invoices, Aston Martin trickle charger, fitted car cover and an MOT (February 2023). Cherished for 13 years by its second owner, a change in circumstances brings this handsome British sports car to the market. 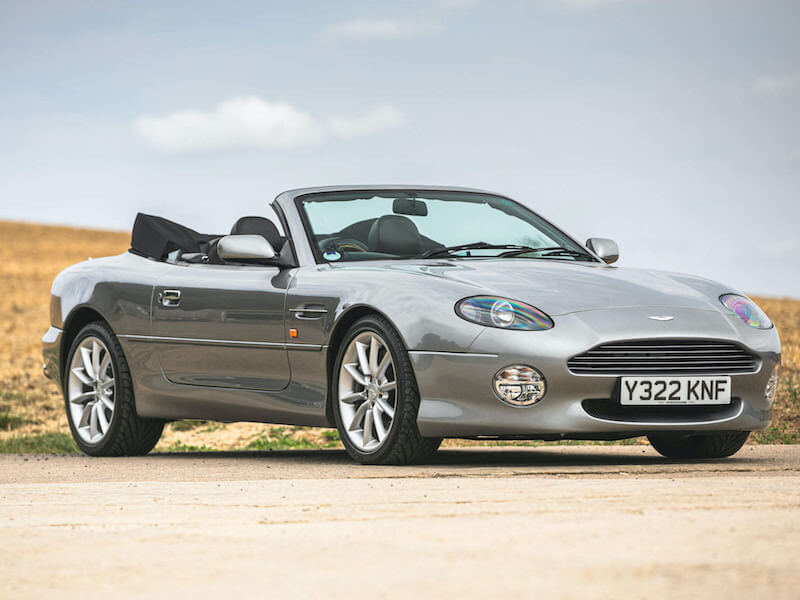 Accompanied by its original Bill of Sale for £111,000, including £10,000 worth of optional extras including a sports exhaust, sports steering wheel and tracker. With 27,600 miles indicated supported by a full service history – a mix of Aston Martin of Wilmslow initially, then specialist garages thereafter 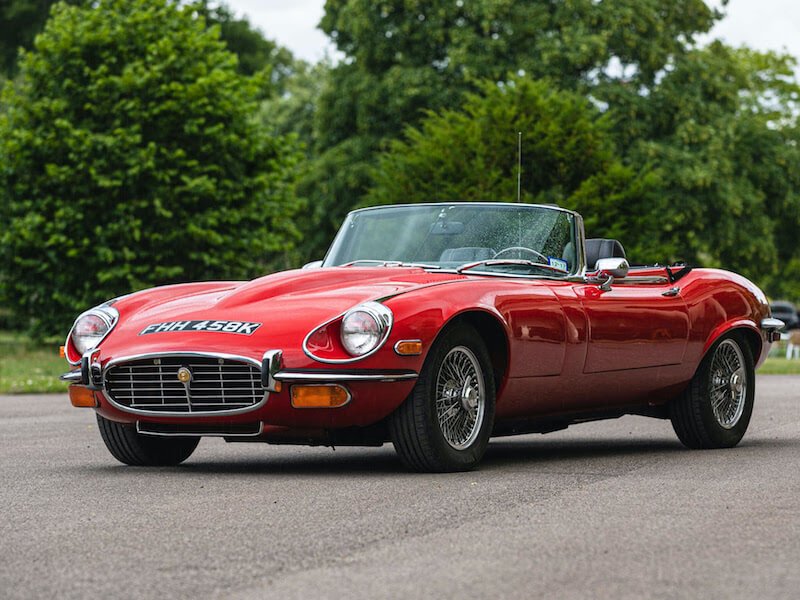 A very smart example of the final series of Jaguar’s remarkable E-Type Roadster. This matching numbers car was dispatched on 25/10/1972 to British Leyland, New York. Between 2015 and 2017 the Texas-based owner spent some $46,000 on cosmetic and mechanical works. Rebuilt automatic transmission and carburettors, attention to the fuel system, ignition, cooling, brakes and steering.

UK-registered in May 2018, our vendor bought the Jaguar on 23/09/2018 and he has covered 3,000 miles of joyful motoring bringing the total mileage to 61,548. Recent bills for a new hood, re-foaming of the seats, stainless steel exhaust and battery isolator in the comprehensive history file. 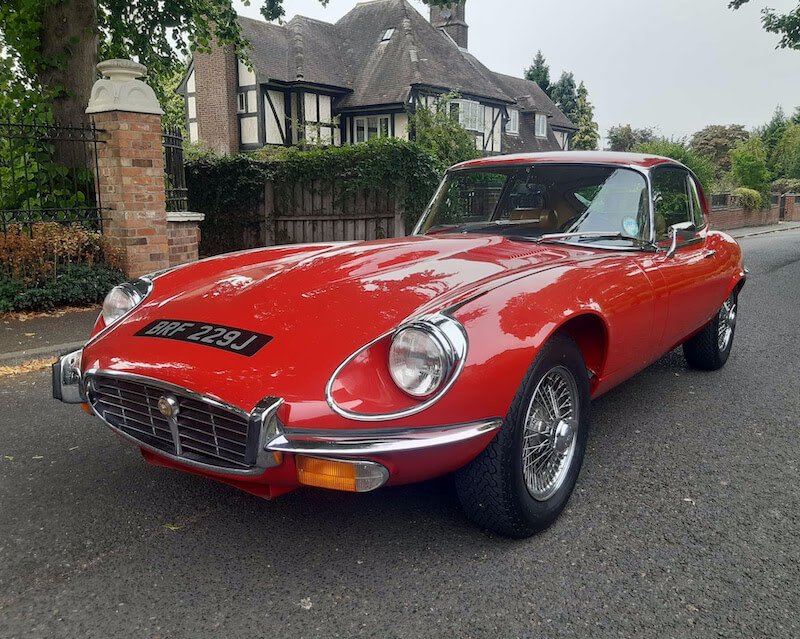 Desirable, left-hand drive, Series 3 superbly engineered and upgraded with regular use and touring in mind. Originally supplied through Jaguar New York in 1971. Imported to the UK by Don Law in 1989, it is finished in Signal Red with a Biscuit interior.

Desirable, right-hand drive, manual gearbox DBS V8 supplied new by HR Owen. Originally Fiesta Red with black trim and now silver but still matching numbers. Returned to the UK from Japan some years ago and has been in long-term storage since.

Importantly the engine is free and turns freely. Currently the vehicle is not UK registered but is complete with NOVA Certification. Being sold “strictly as seen” and as a restoration project. Your careful inspection is welcomed and encouraged to appreciate the potential on offer.

Gary Dunne of CCA, says: ”For anyone who always fancied owning a stunning Aston Martin or E-Type Jaguar this sale really does offer a great opportunity.”

Porsche 924 Carrera GT with celebrity connections up for auction