Now launched in the UK, BMW eDrive Zones are a ‘world first’ 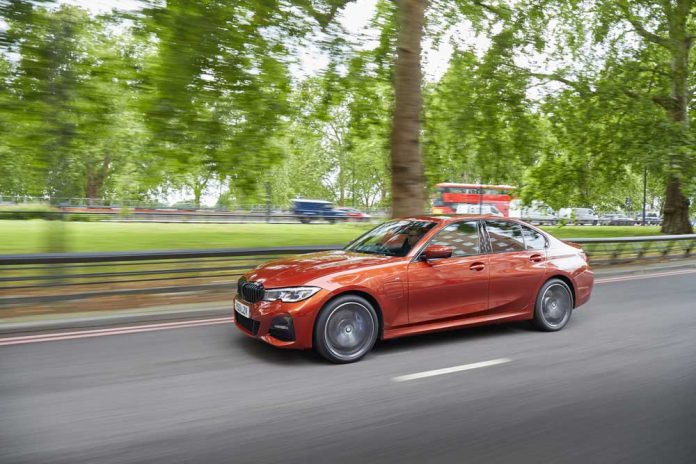 BMW says that the introduction of its new eDrive Zones technology is a world-first, and it is now being launched in the UK. The system, which uses GPS geo-fencing technology, will be used in designated areas of London and Birmingham. Essentially, it means that BMW’s plug-in hybrid vehicles (PHEVs) will automatically switch to electric driving when they enter an eDrive Zone. When a destination is entered into the navigation system the new technology ensures that electric power is conserved for use during the part of the journey within the Zone. To ensure that drivers are kept informed of their location the eDrive Zones will be highlighted graphically on the dashboard’s Central Control Display. Currently, the new system covers Transport for London’s Congestion Charge and Ultra Low Emission Zones, and the planned Clear Air Zone due to come into operation in Birmingham in 2021. BMW say that additional cities in the UK and Ireland will be added to the eDrive Zone system in the future.

The new technology is included across BMW’s range of plug-in hybrid models, which currently includes the 330e, 530e, 745e and X5 xDrive45e. The company also say that it will be available as a free, over-the-air update for PHEVs running BMW Operating System 7.

According to Pieter Nota, BMW AG board member for Customer, Brands, Sales, “BMW eDrive Zones improve air quality in cities fast and reduce running costs for drivers. It’s win-win for everyone.” He added that “this is the flexibility that customers want, as they make the transition to electromobility.”

Having undertaken a trial in the Netherlands back in 2018, BMW say it showed that 90% of all routes within the trial zone in Rotterdam were driven in electric-only mode, making for a significant reduction in tailpipe emissions in cities.