This wonderful Jaguar Mk1 for sale at specialist, DM Historics, might just be the car for you.

If you happen to have £85,000 burning a hole in your pocket, and fancy getting involved in historic motorsport, then this wonderful Jaguar Mk1 for sale at specialist, DM Historics, might just be the car for you.

It was first prepared for competition back in the 1990s, and in the hands of historic racer, Leo Voyazides, and former British Saloon Car Championship winner, Win Percy, it was driven to pole position in the 2002 Goodwood Revival’s St Mary’s Trophy. 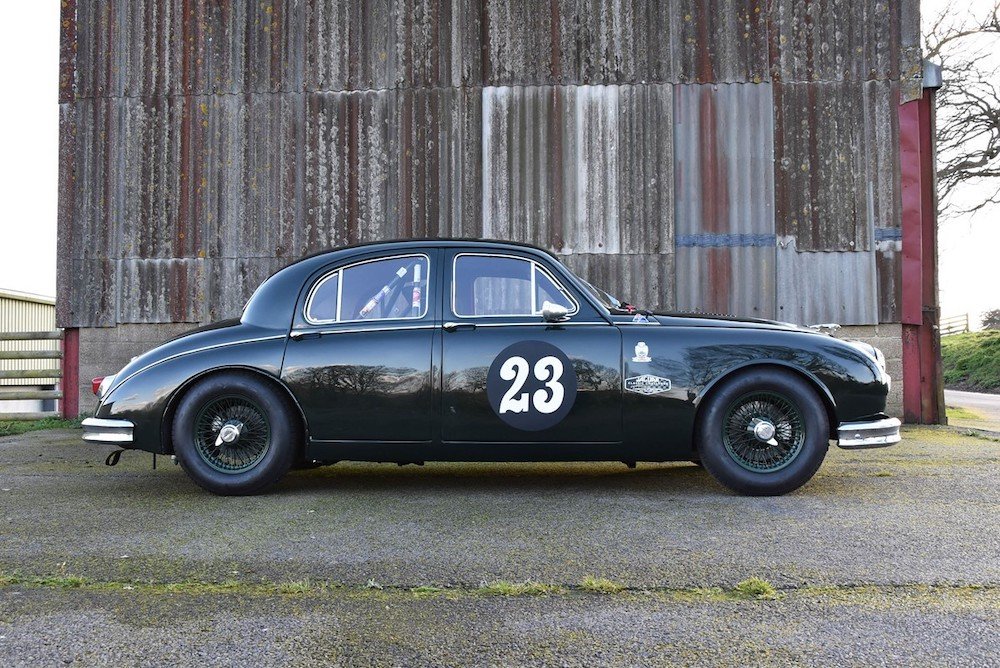 Unfortunately, Percy was later left unable to walk but after a campaign to raise money – led by Voyazides and founder of the Historic Racing Drivers Club, Julius Thurgood – the Jaguar was fitted with hand controls, enabling Percy to return to the track.

2014 saw the car purchased by another enthusiastic historic racer, at which point the hand controls were removed and it was treated to an engine rebuild by the renowned Rob Beere.  Capable of up to 300bhp, the Jaguar boasts a straight-cut gearbox, competition clutch and uprated brakes and suspension. 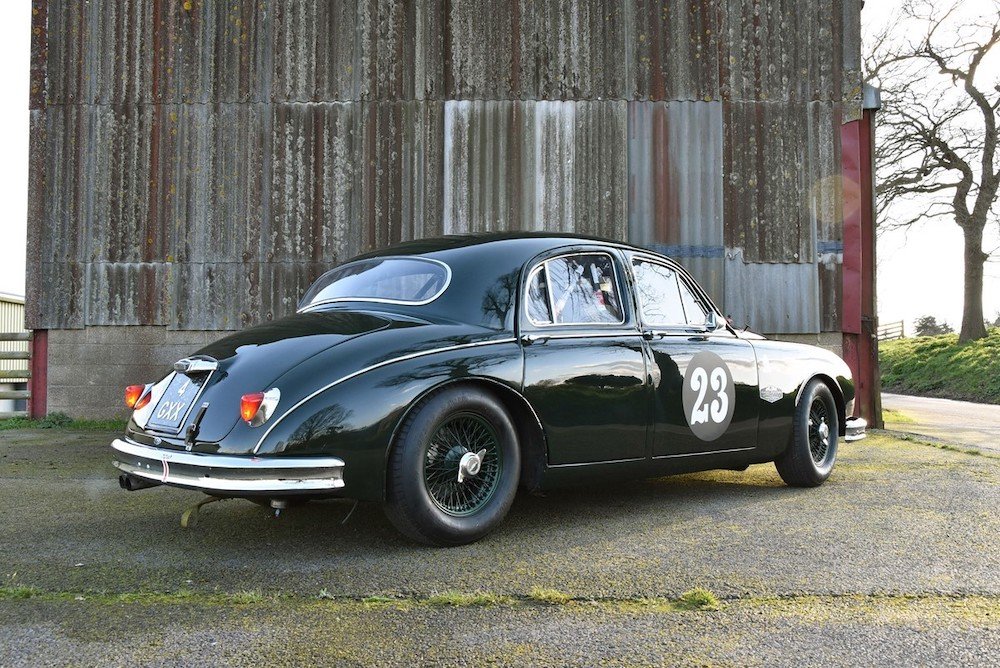 The British Racing Green paintwork is said to be in great order, and it all looks pretty special on the inside, too. The red upholstery is accompanied by period-correct wood veneer on the fascia, plus there’s the obligatory racing seat and six-point safety harness. All the gauges and switches work, plus there’s just enough patina to add yet more character.

The car has been competing in the Jaguar Heritage Challenge, and the good news for the next owner is that it comes with FIA papers until 2026. That makes it eligible for all manner of great historic events, including the Goodwood Revival and Le Mans Classic.

It’s been a rather gloomy year so far, so the thought of owning such a superb car and being able to compete in famous events might just be all the encouragement you need to raid that savings account.

Just in case you’re not familiar with the Mk 1, it’s worth a quick reminder. Launched in 1955, Jaguar’s compact saloon would be fitted with 2.4- and 3.4-litre versions of the XK engine, the latter producing a sporting drive with 0-60mph in 9.1 seconds and a top speed of 120mph. Staying in production until 1959, it was replaced by the Mk 2 – the earlier model then became known retrospectively as the Mk 1.