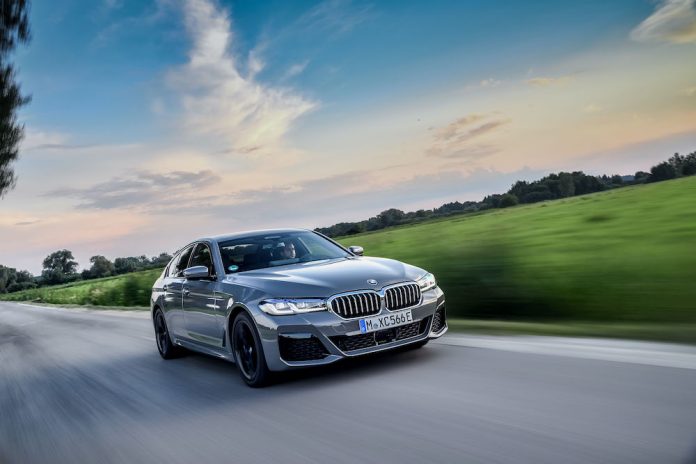 BMW has announced that it will be expanding the current choice of hybrid 5 Series saloons with a new range-topper, and it comes in the form of the 545e xDrive.

A plug-in hybrid (PHEV), the new model is powered by the familiar TwinPower turbocharged, straight-six petrol engine which, together with a synchronous electric motor, produces combined outputs of 387bhp and 600Nm of torque. 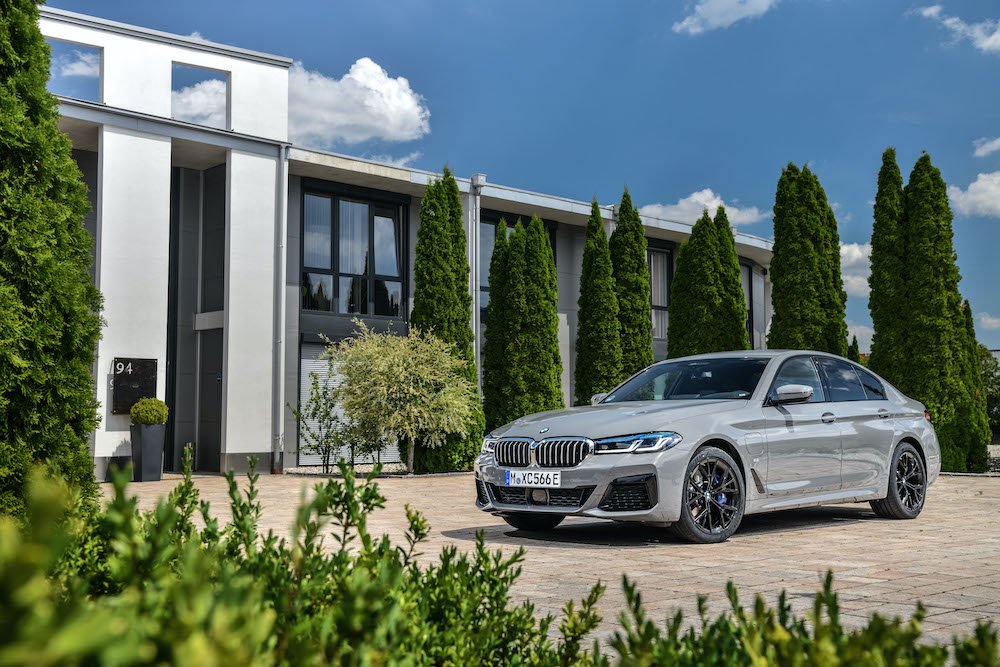 With drive distributed to all four wheels via an 8-speed Steptronic automatic transmission, those figures result in a 0-62mph time of 4.7 seconds and a top speed of 155mph. BMW say the 545e can travel at up to 87mph in electric-only mode, with a range of 33-35 miles. Official efficiency figures are up to 166mpg and 38-54g/km CO2 emissions.

Electric propulsion is provided by a 400v lithium-ion battery mounted below the rear seat, and while cabin space is unaffected there is an impact on outright luggage capacity. Boot space drops slightly compared to non-hybrid 5 Series models, and now stands at 410 litres. 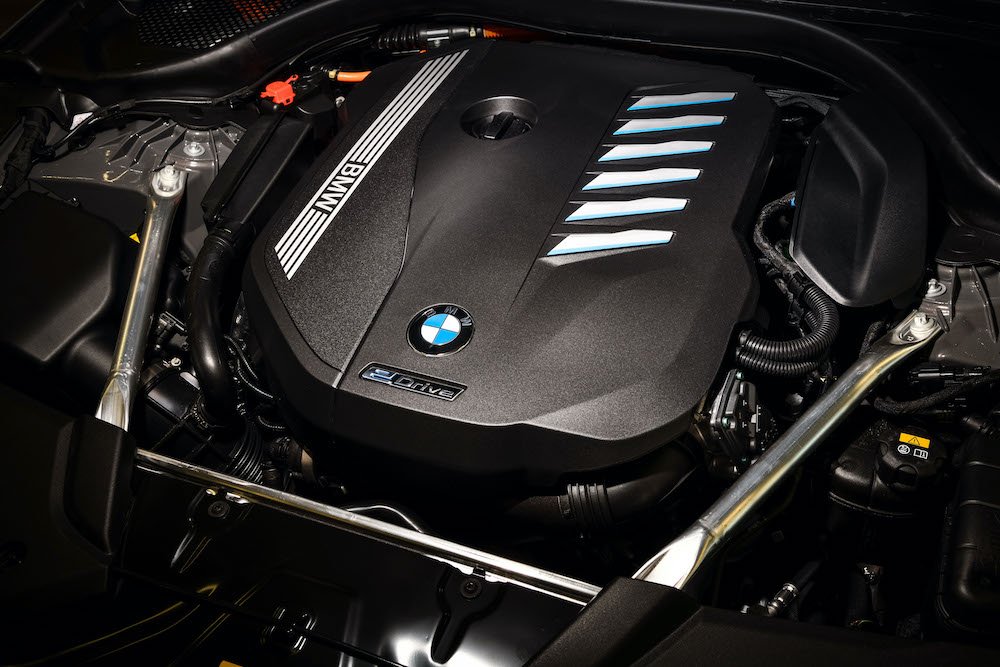 Out on the road drivers can select from four different modes. Hybrid is the default and it is linked to the navigation system, which helps to maximise range and optimise battery usage on any given journey.

Electric mode does exactly what it says on the tin, while switching to Hybrid Eco Pro introduces coasting on the over-run along with optimisation of the brake energy recuperation system to maximise re-charging of the battery. 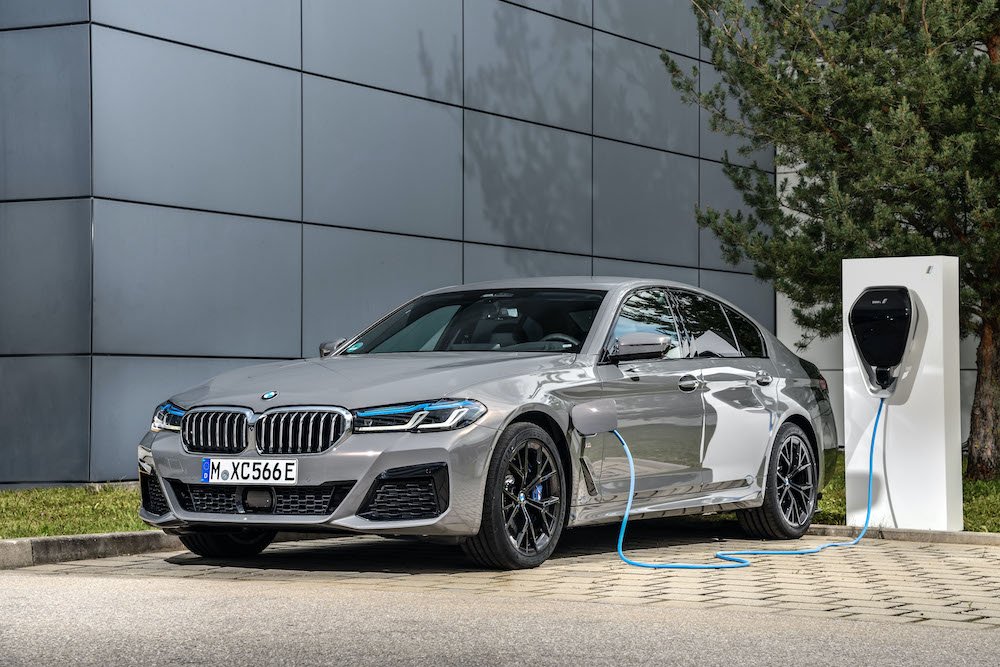 Finally, there is Sport which allows the engine and electric motor to operate together for maximum output and performance.

Externally, the BMW 545e xDrive benefits from the styling revisions applied to all of the latest versions of the 5 Series, while the interior boasts tweaks to trims and materials along with improved infotainment.

This new variant also features what BMW calls a ‘ready to drive’ sound which is activated when the Start/Stop button is pressed – played through the car’s audio speakers, it was developed in a collaboration with composer, Hans Zimmer. 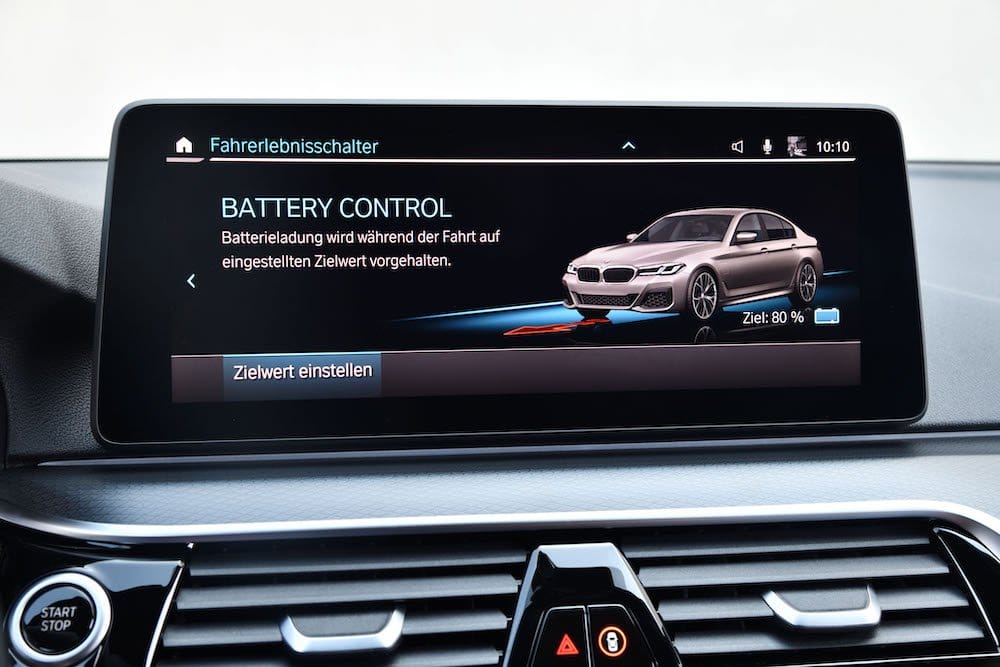 Meanwhile, a sound played through a speaker system and which operates at speeds up to 19mph warns pedestrians of the car’s approach.

Prices for the BMW 545e in the UK are expected to start from a little under £55,000, and while only available in saloon form for the moment it may well be joined by a Tourer estate in the future.