Hybrid power for the Clio, plug-in hybrid powertrains for the Captur and Megane 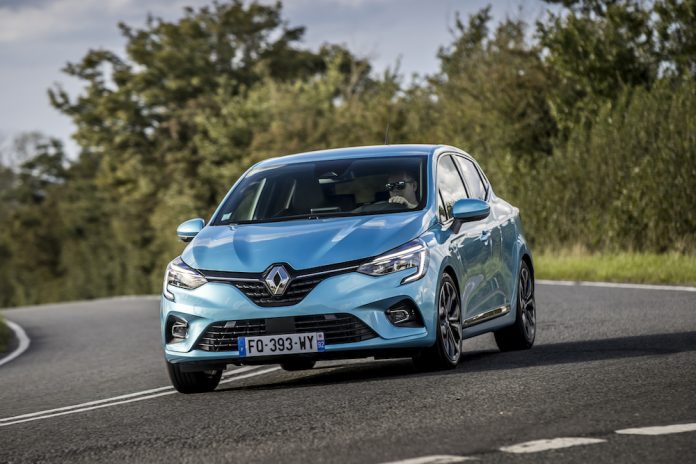 Renault has announced a notable expansion of its electrified range with three new models. Dubbed E-TECH, it introduces hybrid power for the Clio, with the Captur and Megane gaining plug-in hybrid powertrains.

In the CLIO E-TECH that means a 1.6 petrol engine paired with a 1.2kWh lithium-ion battery and two electric motors, for a combined output of 138bhp. Drive is sent to the front wheels via a new multi-mode clutchless gearbox that Renault says is inspired by F1 racing technology and that is claimed to markedly improve response and efficiency.

The hybrid drive system can power the Clio in electric-only mode up to 27mph, while claimed economy and CO2 emissions are 64.2mpg and 98g/km respectively. Like all of the new hybrid models, the Clio E-TECH is fitted with a TFT Driver Information Display and prices start at £19,595 with the Launch Edition available from £22,095. The Captur E-TECH is a plug-in hybrid (PHEV) that features a 1.6-litre petrol engine mated with a pair of electric motors and a 9.8kWh battery that provides up to 30 miles of electric-only range. A combined output of 158bhp and 144Nm of torque, plus 205Nm supplied by the electric motors, results in a 0-62mph time of 10.1 seconds. Drivers can pick from three different drive modes – Pure gives electric-only running, Sport utilises both the engine and motors for maximum performance and MySense which is the default mode and switches between power sources for optimum efficiency.

An additional ‘Brake’ mode increases the amount of regenerative braking. Renault claims up to 188mpg economy and CO2 emissions of 34g/km. S Edition and Launch Edition models are available with prices starting from £30,495, and buyers of both the Captur and Megane E-TECH can have a free wallbox that provides a 0-100% charge in around three hours. Finally, not only is the Megane now offered with the same PHEV powertrain fitted to the Captur SUV but the range has also come in for some wider updates in order to keep it competitive against class rivals. All models now get full LED lighting along with re-profiled bumpers and improved interior trim materials. A 10-inch TFT information display is standard, while the Easy Link infotainment system has been updated, too. The E-TECH costs from £30,685. For an additional £2000 buyers can have their Megane E-TECH a new R.S. Line trim which features re-designed bumpers, 17-inch alloy wheels and unique badging. Automatic Emergency Braking and a rear parking camera are standard.