Auto NewsKia Stonic gets power, connectivity and tech upgrades for 2020

Kia Stonic gets power, connectivity and tech upgrades for 2020

First upgrades for the Kia Stonic three years since its launch 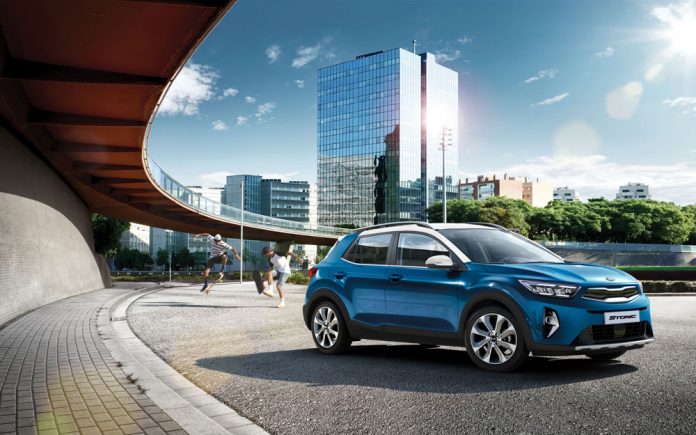 Since going on sale in 2017, Kia has shifted more than 150,000 examples of its compact SUV in Europe. Three years on, this is its first major update with revamped infotainment tech one of the key changes, although most of the focus is on the new range of ‘Smartstream’ powertrains. Replacing the previous generation of ‘Kappa’ units, the most interesting addition is a mild-hybrid 1.0-litre T-GDi petrol unit that’s offered in 99bhp and 118bhp flavours. It’s fitted with a belt-driven Mild-Hybrid Starter Generator (MHSG) that can provide electrical assistance when the engine is under load, boosting performance, or act as a generator to recharge the 48v lithium-ion battery. Drive Mode Select allows the driver to choose from Eco, Sport or Normal settings.

The new mild-hybrid engine can be paired with Kia’s new clutch-by-wire 6-speed manual gearbox, or a seven-speed dual-clutch automatic. The former uses a conventional clutch pedal, albeit one where operation is electronically controlled; the car’s on-board systems can manage clutch operation independently of the driver, the benefits of which include earlier switch-off of the engine compared to a normal stop/start system and the incorporation of an engine-off ‘sailing’ mode for increased economy.

Other engines will be available when the revised Stonic goes on sale in the UK, and they have also received a range of updates. The units include a non-hybrid 1.0-litre unit with 99bhp, and a larger 1.2-litre with 83bhp. Kia hasn’t released official performance or efficiency figures as yet but we’d expect the new mild-hybrid to be the pick of the bunch.

That’s the main changes under the skin, then, but externally? Well, there wasn’t much wrong with the original model so revisions have been limited to a fresh design for the LED headlights, new 16-inch alloy wheels and a wider choice of paint colours. There’s a bit more going on inside, though, most notably the adoption of Kia’s new telematics system dubbed Phase II UVO Connect. There’s an 8.0-inch touchscreen and both Apple and Android smartphone compatibility, and the UVO Connect system offers a broad range of technology from On-Board Services and navigation mapping to online Voice Recognition. A neat feature is User Profile Transfer that allows drivers to save settings to the Cloud and then transfer them to another similarly-equipped Kia. The revised cabin also benefits from a 4.2-inch digital display within the instrument cluster, while new colour packs allow for the customisation of the dashboard and centre console.

Pricing and exact specifications are set to be announced later in the year, and while a relatively modest update the new engines and improvements to infotainment and driver assistance tech enhance an already attractive all-round package.