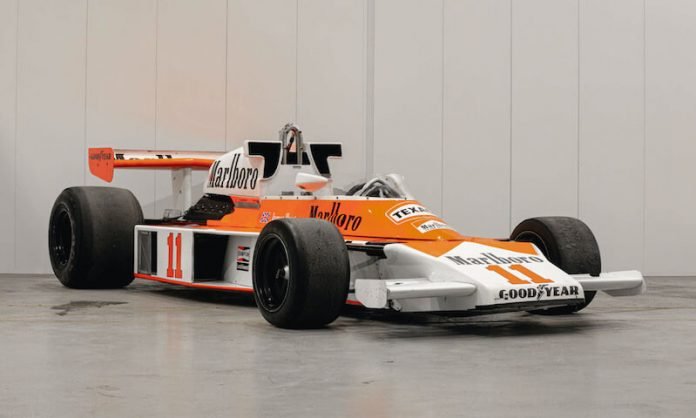 For many viewers the real star of Ron Howard’s 2013 film ‘Rush’ was the McLaren M23 and Silverstone Auctions has one of the two M23 replicas built for the film on its own red carpet.

The McLaren M23 replica will be on sale at Silverstone Auctions sale at the NEC Classic Motor Show on Saturday November 12th and has an estimated price of £50,000 – £80,000.

For those who haven’t seen it, the 2013 Film ‘Rush’ was the story of the dramatic ups and down of the 1976 Formula One Championship. Peter Morgan, the film’s writer comments: “Set against the sexy, glamorous golden age of Formula 1 racing in the 1970s, the film is based on the true story of a great sporting rivalry between handsome English playboy James Hunt (Chris Hemsworth) and his methodical, brilliant opponent, Austrian driver Niki Lauda (Daniel Bruhl). 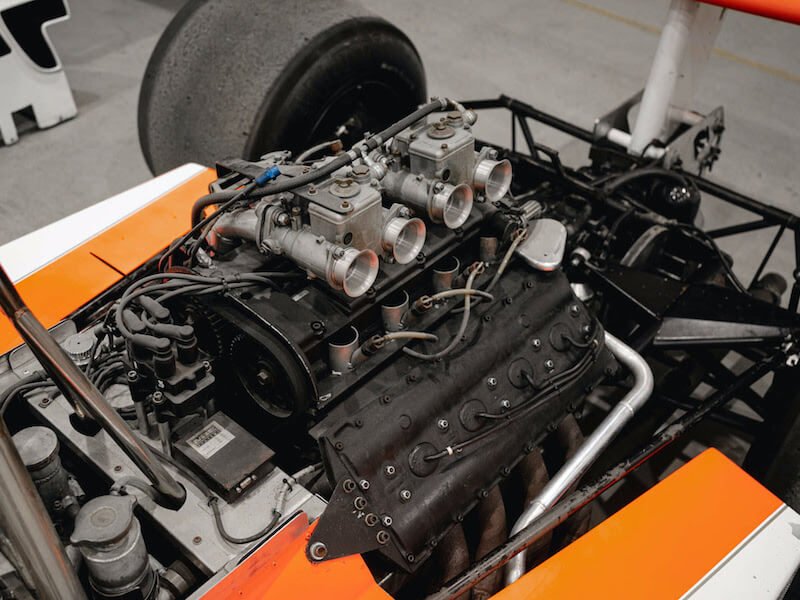 The story follows their distinctly-different personal styles on and off the track, their loves, and the astonishing 1976 season in which both drivers were willing to risk everything to become World Champion in a sport with no margin for error. Writer Peter Morgan comments: “If you make a mistake, you die”.

Lionel Abbott, who consigned the car for Silverstone Auctions, comments: “When asked if anything was wrong with the film after its premier, Niki Lauda famously quoted, “Yes, just one thing, I can’t have a piss-up with James afterwards.’’ He also said that he knew Peter Morgan as a scriptwriter was the only person he trusted to deliver a ‘non Hollywood’ production. The result was a highly acclaimed, reasonably accurate and totally charged depiction of one of Formula One’s most closely fought World Championship deciders. (Maybe 2021 is a contender).” 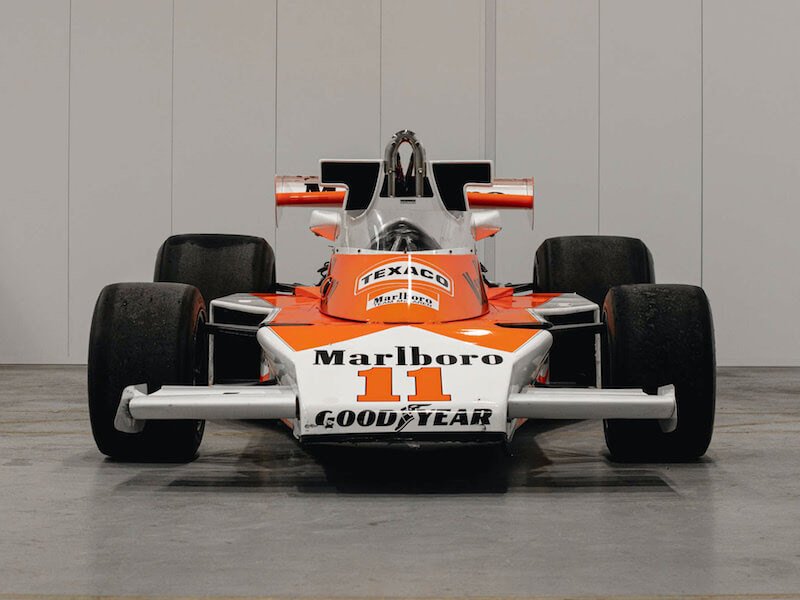 Two 1976 McLaren M23s were built as replicas to ensure the production team had drivable availability of a McLaren M23 on set and pro-drivers on standby. These were very clever replicas produced down to the finest detail and indistinguishable from the real car in the film scenes.

Offered here is one of the cars which was purchased soon after the film debuted by our vendor who has enjoyed the adventure of ownership ever since. It displays a very convincing patina in the metal which takes you back at first glance as the iconic livery is etched into any motorsport enthusiast’s mind from 1976, a season that elevated James Hunt to global English hero and sportsmanship, the like of which we may never see again. The car has been on static display for a number of years and, we understand, remains as it was when it came off the film set so it may well require very little to make it run as in the film. 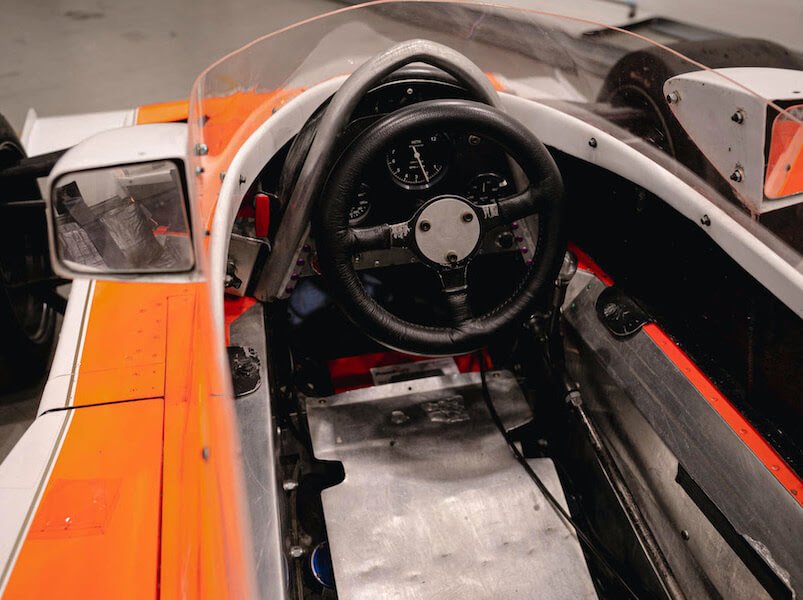 Obviously not suitable for racing but, with a myriad of possibilities for promotion or just a fascinating addition to any collection, we are most intrigued to see where the next chapter of the story takes this 1976 McLaren M23 re-creation.

Interested parties will be able to view the in car person from 10am on Friday the 11th November at the Lancaster Insurance Classic Motor Show at the NEC, Birmingham. Silverstone Auctions will be providing two days of exciting live auctions at this event, with cars going under the hammer on Saturday 12th and Motorcycles and Automobilia on Sunday 13th.

Alfa Romeo launches the first episode of ‘Beyond the Visible’