Escorts, Cortinas, Capris and Mustangs go under the hammer. 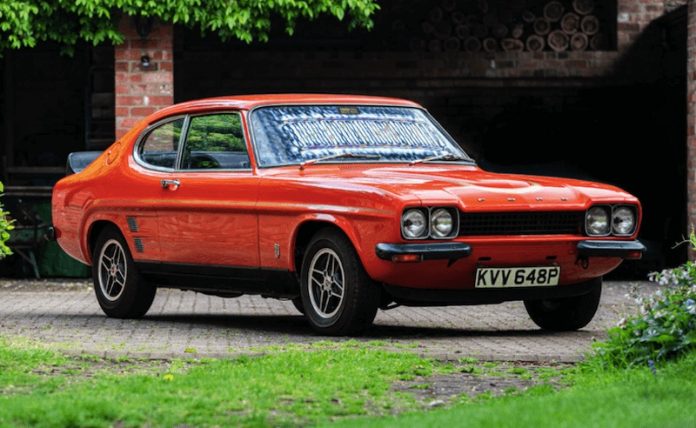 Classic Car Auctions are famous for their success with Fast Fords and their Summer Sale is no exception as a variety of fast, classic and restoration project Fords along with their counterparts from the USA come to auction on the 18th June.

If you are a Capri enthusiast, there are three to choose from, but only one that really stands out. It has to be the 1975 RS1300 which has had one owner from new. This one is the Holy Grail as it is the prototype RS1300 built in 1972, one year prior to the production run of 249 cars in 1973. This was the car used by Ford for the studio shots and which then were used in brochure and Supplementary Handbook. This is such a special car which was bought by the current keeper from AVO once they had finished it in 1975 and registered it on a P plate with 500 miles on the clock. It now has 70,700 miles on the clock and guided at £50,000 to £60,00.

Gary Dunne CCA Sales Manager commented: “This is such a stunning car and with an amazing story. It was the car used by Ford to promote the Capri, and fabulously looked after by our vendor. This presents as a once in a lifetime opportunity to own a piece of Ford history.” 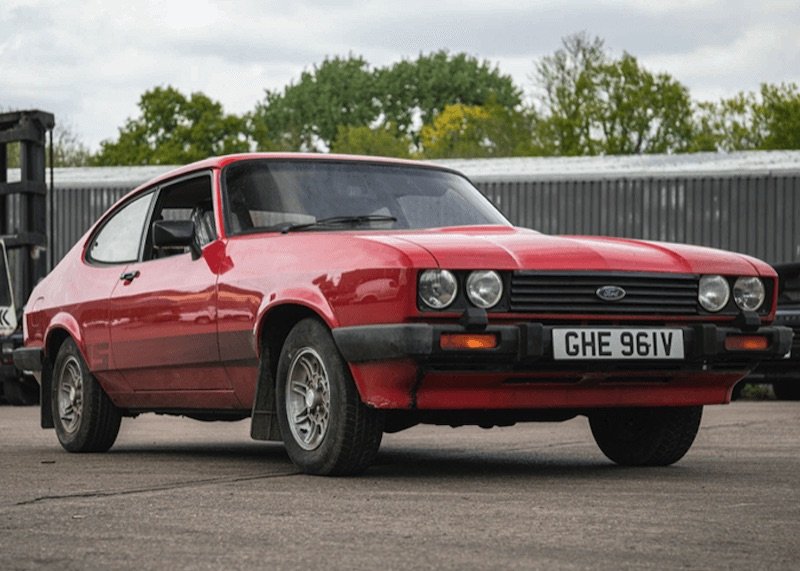 If you are not afraid of doing some work there are two further Capris available a 1980 Mk III 3.0s with the V6 Essex engine in need of recommissioning and with 45,514 miles is guided at £18,000 to £22,000. Alternatively, if you are in for more of a project a circa 1971 Mk1 guided at £4,000 to £8,000 but offered at No Reserve could be for you. With the bodywork having been completed and the 1600cc engine and four-speed manual gearbox installed, it just needs completing. 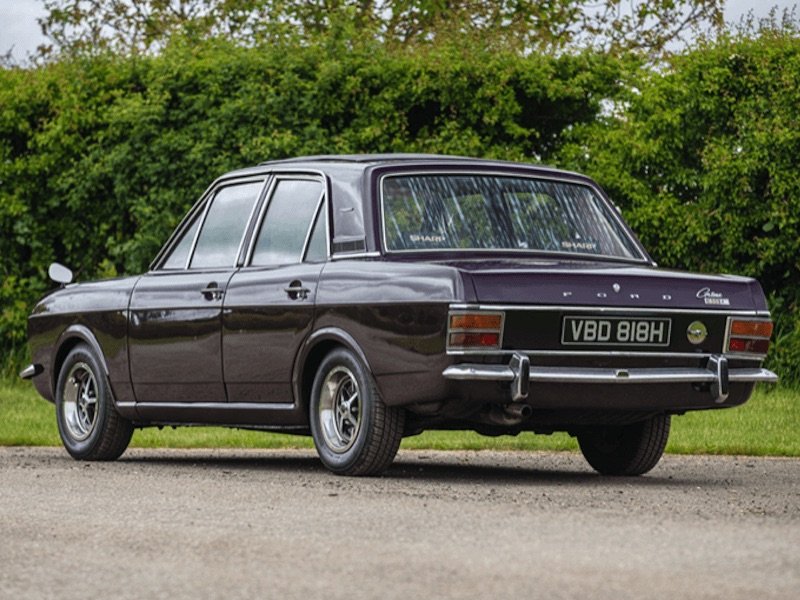 There are also three Cortinas to choose from. A fabulous 1970 Mk2 1600E presented in Aubergine, which combines sport styling with luxury as this is the Executive package which includes wood interior, quad lights, wide rim wheels, reversing lights and a leather trimmed steering wheel. This is a No Reserve offering and looks very cool with some of its period features.

Alternatively, you could opt for the 1977 3.0S which has had the most spectacular restoration over two years and is fitted with the 3 litre Essex V6 engine, an option not offered in the UK. As this is a South African car, it has been finished in Grass Green and original colour for cars sold in SA. A famous Ford that has stared in Classic Ford Magazine and is now guided at £15,000 to £18,000. 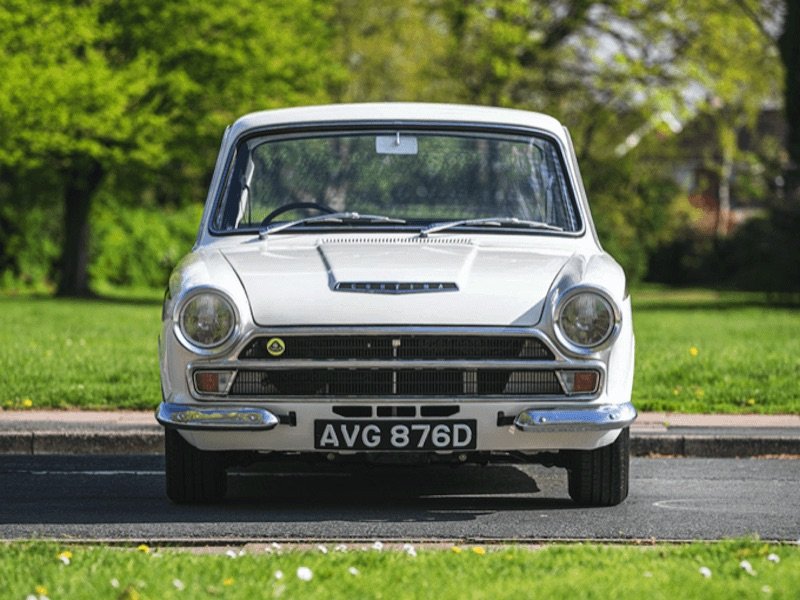 A car we have covered a few weeks ago is the 1966 Lotus Cortina Mk1 Replica Aeroflow, fully restored by a Cortina specialist with a great reputation and presented in the classic Ermine White and Sherwood Green. Guided at £35,000 to £40,000.

Escorts are always a winner, and again there are three offerings from a circa 1978 Mk2 in need of mechanical and interior recommissioning is being offered at No Reserve. Also offered is a 1980 RS2000 Custom finished in the rare Nordic Blue. The Custom Pack includes the Fishnet Recaros seats, full door cards and pod centre console. A stunning car with 93,000 on the clock and guided at £34,000 to £38,000. 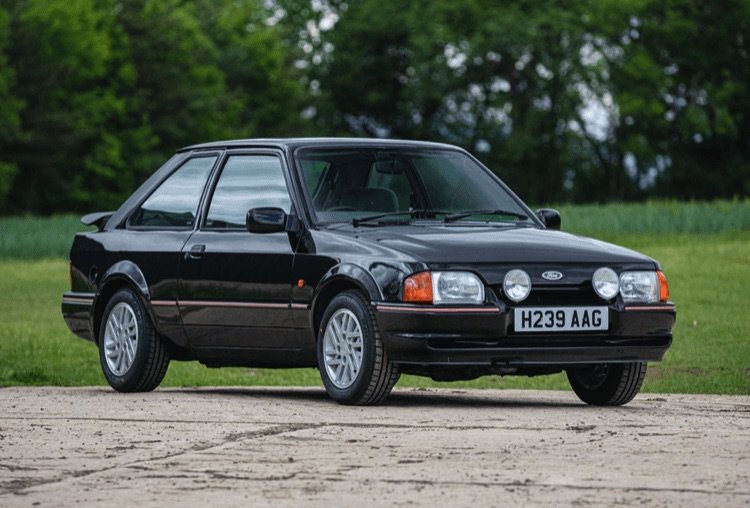 And bringing up to the Fast Ford era that provided so much inter manufacturer competition, a 1991 XR3i guided at £8,000 to 310,000, a cult car among enthusiasts and is very well presented and is gaining momentum.

A really lovely Ford, though not a fast Ford, a simply delightful original 1955 Consul Mk1with just three owners from new and a full history file from its showroom days 67 years ago. Guided at £10,000 to £12,000 this is a little star, it appeared in Classic British Cars in 1998, and is bound to give someone lots of fun.

We now move to a host of American muscle, from the first generation 1957 Thunderbird Convertible currently fitted with the Porthole hard top to the 1960s Mustang, 289, to a fifth generation 2007 model and then a sixth gen model from 2015.

Gary Dunne CCA Sales Manager commented: “This is quite a selection of cars on offer, from the little Consul to the American muscle cars. The RS1300 and XR3i are probably the ones to watch.”