Led by Coppers in a fast Cooper. 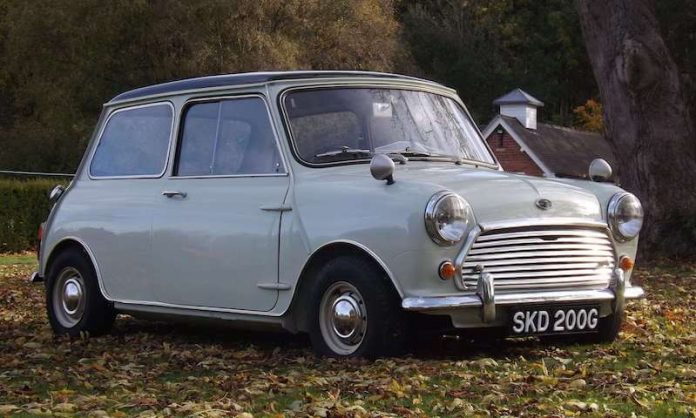 For all Mini lovers the next CCA auction on December 10th offers a ‘Mini’ feast in time for Christmas!

The line-up is led by a 1969 Mini Cooper 1275S MKII, ex-Liverpool Police car, a case of fast Coppers in a fast Cooper, having previously been used to keep the peace in Knotty Ash in 1969.

Presenting in Snowberry ‘Police’ White with a black interior, it is number one of 27 examples purchased by the Liverpool and Bootle Police Force and as such is recognisable by the SKD number plates, 200G being the first one.

It has had a full engine rebuild and gearbox overhaul and comes with the tell-tale signs of the decommissioning including the roof where the central light box was fitted and holes under the dash where the Police radio was mounted. It comes from a very long-term ownership and is supplied with its Heritage Certificate showing it to be a matching numbers car, with just three keepers in total on the V5. Estimated at £28,000 – £32,000. 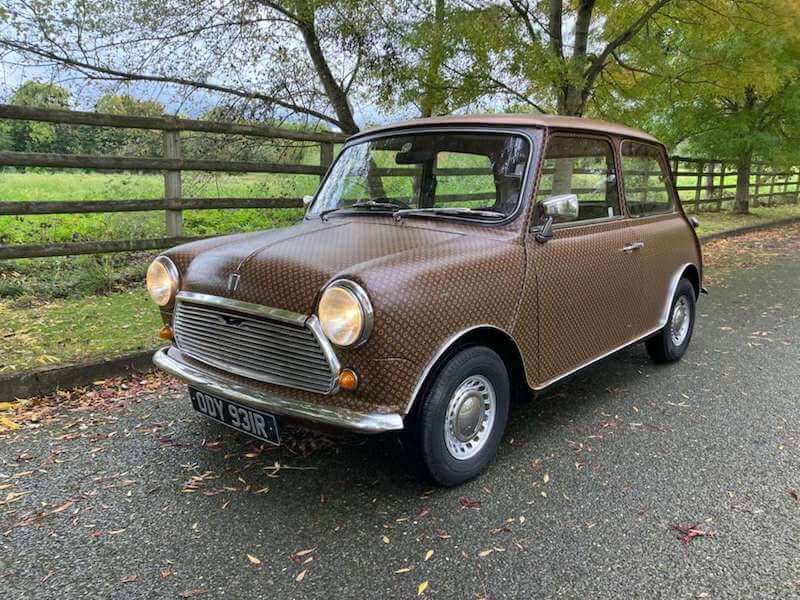 Another Mini with a good story is the ‘Lous Vuitton’ Mini ready-wrapped for Christmas. It would make the ideal Christmas present that could almost fit under the tree.

Attractively and expensively wrapped with a unique ‘Louis Vuitton’ finish, it comes complete with a selection of LV bags, boxes and keyring.

Purchased in 1969 by 60-year-old Mrs Millie Properjohns who learned to drive. When she finally gave up driving at the age of 98 the car went into dry storage with less than 33,000 miles on the clock.

In 2015, the Mini was chosen by Lancaster Insurance to be restored by the MG Owners Club for eventual charity auction. This high-profile, engine-out restoration was extensively documented by Classics Monthly in 2016. Superbly refinished in its original Tartan Red and the original matching interior reinstated with just 33,202 miles (at time of cataloguing) is corroborated by the original Service Book and known history. 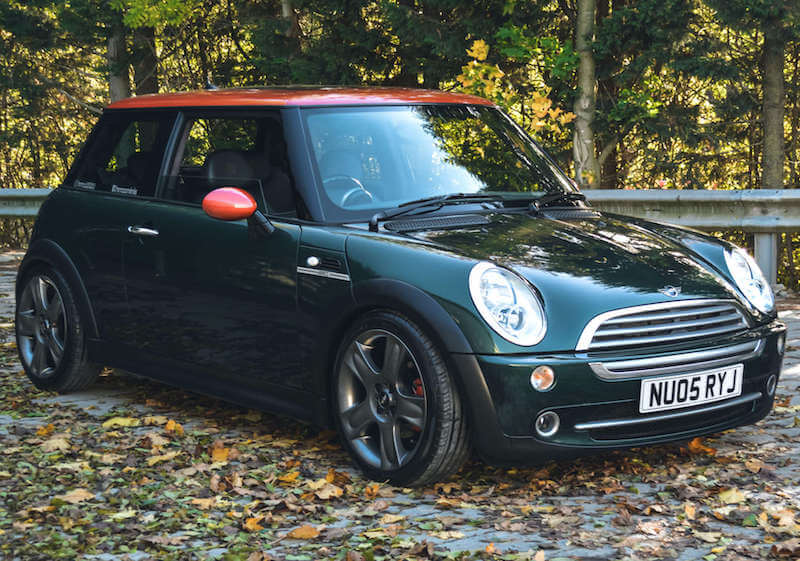 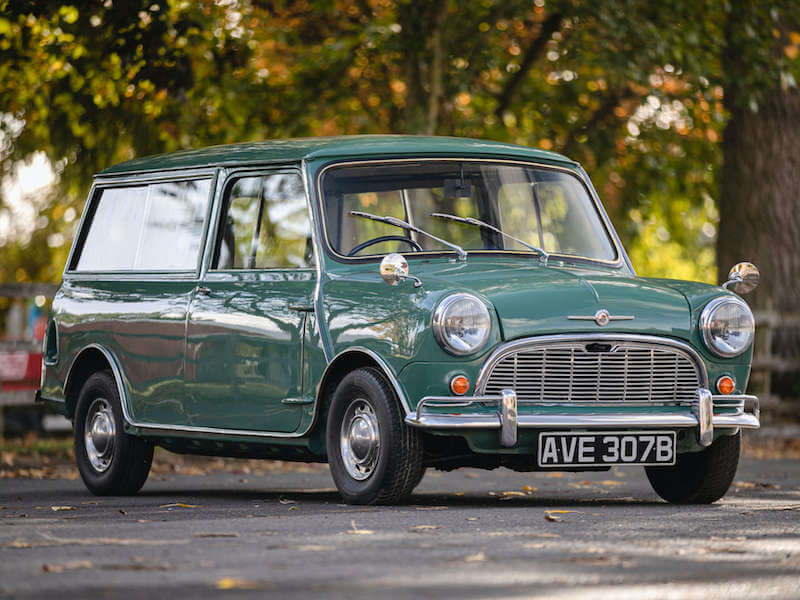 This very smart little Morris Mini Traveller in Almond Green has been carefully restored to the tune of £20,000 – with great attention to detail and comes to auction with a late 1950s/early 1960s Sirram four-person picnic set. Pure nostalgia – estimated at £15,000 – £18,000.

The Morris Mini Travellers were two-door estate cars with double, barn-style rear doors built on a slightly longer chassis. The odometer shows just 18,869 miles which could well be correct but 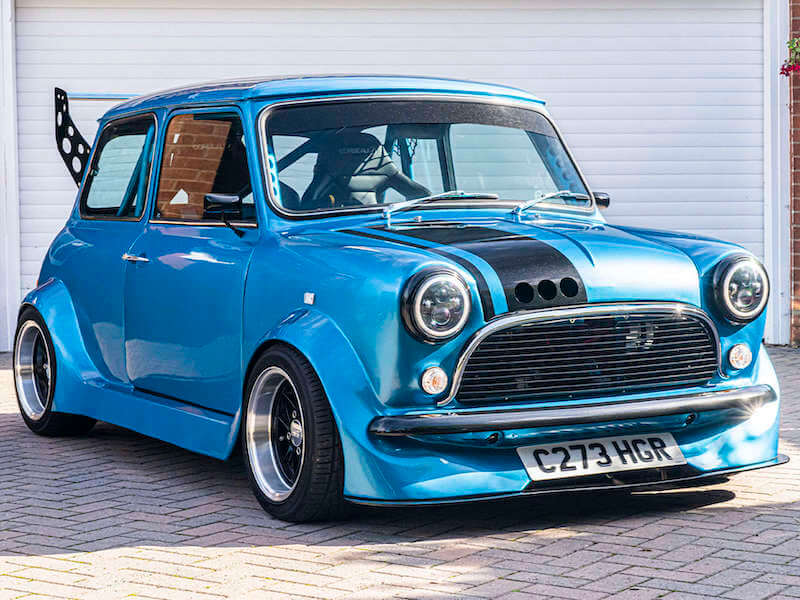 An incredible Mini Custom painted in BMW Long Beach Blue metallic with a complete handmade metal bodykit and carbon roof and mirrors. This car cost over £30,000 to build, with documented receipts for the work and a photographic record accompanying the car. Corbeau bucket seats, a colour matched cage, TRS harnesses, drilled door furniture and countless other features. With new suspension and just 80 miles since its rebuild with a new MOT until October 2023, issued with no advisories. 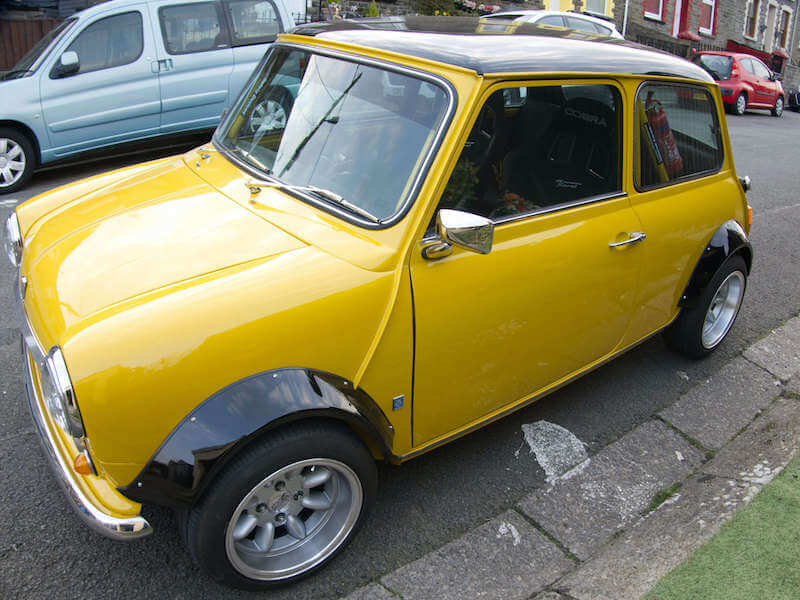 Featured in Mini Magazine in April 2017, in near concours condition it runs and drives ‘perfectly’ and amazingly is on offer at No Reserve.

The Classic Car Christmas Auction takes place at the Warwickshire Event Centre on Saturday 10th December starting at 10.30am, with viewing available from 10am to 5pm on Thursday 8th and Friday 9th December. Come along for mulled wine, mince pies and the opportunity to purchase a dream car in time for Christmas.