Where to buy classics at auction this September

An auction-rammed September gives enthusiasts more than enough opportunities to put a classic in their garage and for those who already own one (or two) the excuse to start a proper collection.

From Edwardians through inter-war period cars and right up to modern classics, September really has something for everyone, whatever their taste and what ever their budget at UK auction houses.

Bonhams has two sales (one under its MPH banner) while auctions are running from the West Country (DVCA, 9 September) right up to Scotland (Morris Leslie, 11 September).

September has traditionally been one of the busiest months of the auction year, and while the days of the auction-bare August have now passed September is especially lively.

Kicking the month off is MPH at Beaulieu on 4 and 5 September. As always it is held at the same time as the Autojumble and promises much: it’s a real enthusiasts’ sale featuring many pre-war cars, a good few projects and more modern motors for those so inclined.

A show business connection is a good attention-grabber and actress Jean Simmons’ Bristol 402 convertible  (est: £150,000-200,000) is one of the auction’s most glamorous lots.  Bought as a his-and-hers pair with husband-to-be Stewart Grainger from Anthony Crook Motors, this example was restored by Alpine Eagle, Bob Price and Spencer Lane-Jones, picking up the 2003 Bristol Owners’ Club Concours Award in 2003. 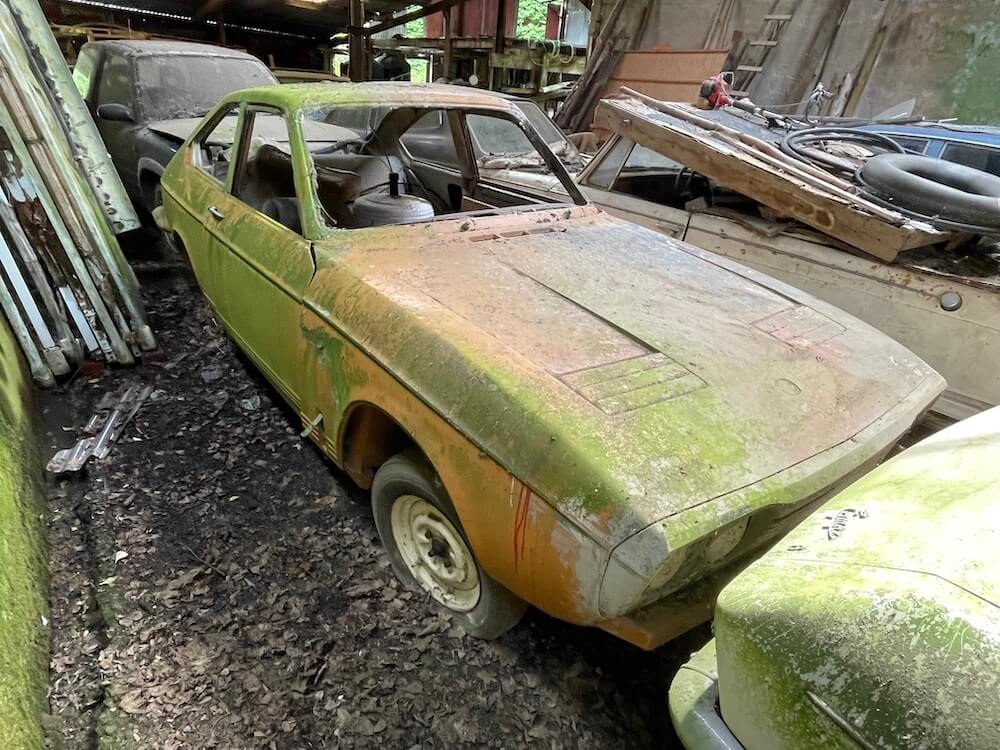 The MPH line-up features a goodly selection of Bentleys, from a 1928 4½-litre to a 2002 Arnage T, numerous Mercedes-Benz models, one of which is a no-reserve 450SEL 6.9, and even a trio of Reliant Scimitars. Staying on a glassfibre theme there are two Bond Equipe convertible projects and a Bond/Reliant Equipe development car, again in project form.

A matter of days later (8 September) H&H heads East to Duxford’s Imperial War Museum with a decent mix of cars of all ages and values. Lot 1, a Lancia Beta HPE 1600, was given a photograph-documented restoration last year, is MoT-tested until next May and is offered without reserve. 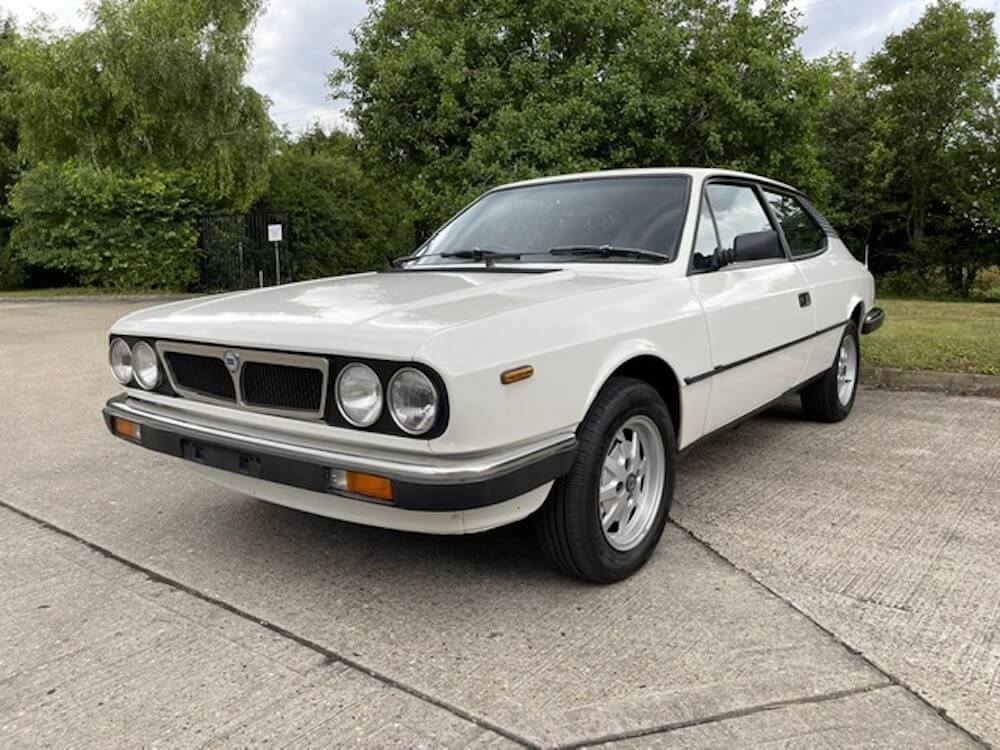 One day later DVCA’s second 2021 sale might have fewer cars than H&H but it doesn’t skimp on the selection, ‘diversity’ being the mot juste in this instance. The West Country auctioneer succeeds in coming up with the goods, one of which is a 1959 Austin A40 that’s described as being an ‘amazingly fine example’. It’s estimated at £8000,10,000, which amply demonstrates how values of BMC’s in-house Morris Minor rival have come on in the past few years. 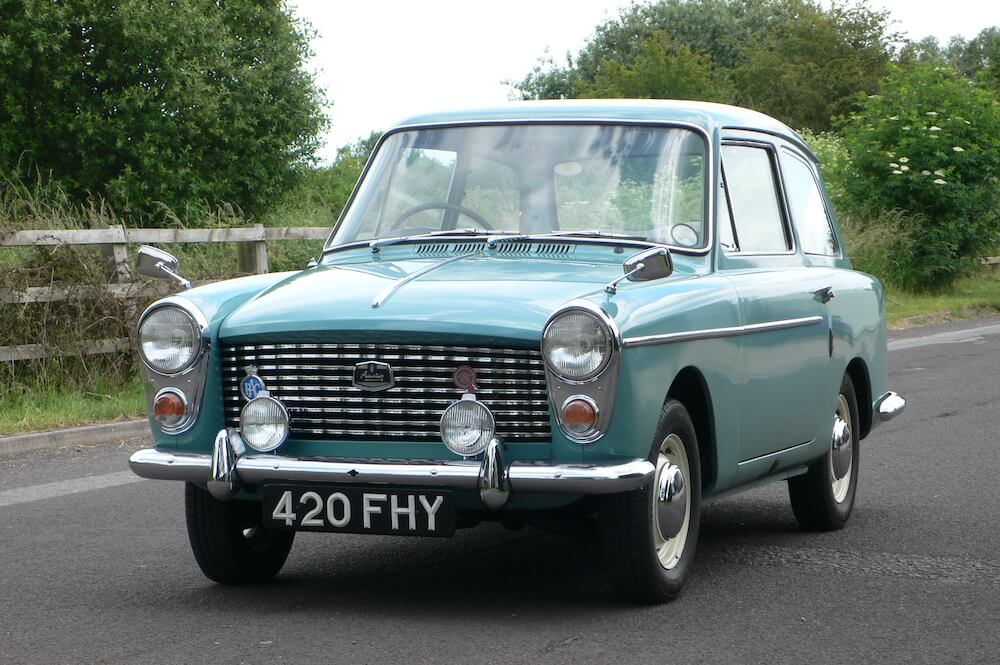 The sale also includes a 1956 Riley Pahfinder that needs some work (a later Ford gearbox is fitted and paint needs attention) but its £500-1000 estimate makes this highly tempting. Moving swiftly on three decades DVCA has a 1987 Toyota MR2 that’s been garaged all its life and has been owned by the vendor for 28 years. Estimate? £8000-10,000.

The most northerly British sale is Morris Leslie’s, held at Errol Airfield on 11 September. Many will see  the 1956 Aston Martin DB2/4 project – found in a barn in Perthshire – as the star lot, but for those who don’t want to start wielding the spanners there is plenty more to choose from, ranging from a 1937 Fiat Topolino (est: £8000-10,000) to a 1991 Volkswagen Corrado G60 that comes with plenty of history (almost entirely main dealer servicing), is tested until next April and is sensibly estimated at £5000-6000. 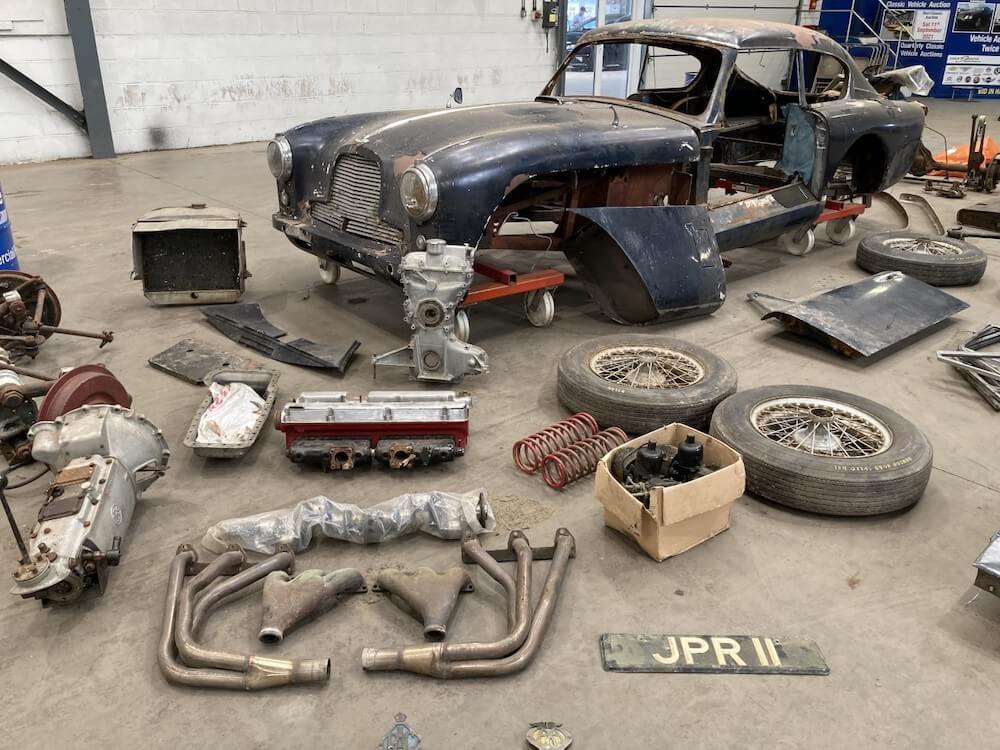 Back down South and nestling up close to the Wales border Leominster-based Brightwells’ timed online sales continue to hit the market sweet spot. Again it’s a sale that gives credence to modern classics but not to the detriment of pre-war cars and regular classics. A 1978 Porsche 924 that’s reported to have had ‘recent useful works’ and offering scope for improvement is a no-reserve offering and a 1968 Jaguar 240 that was restored but then placed under a cover and now needs work could be a good buy if it goes within its £4000-6000 estimate. 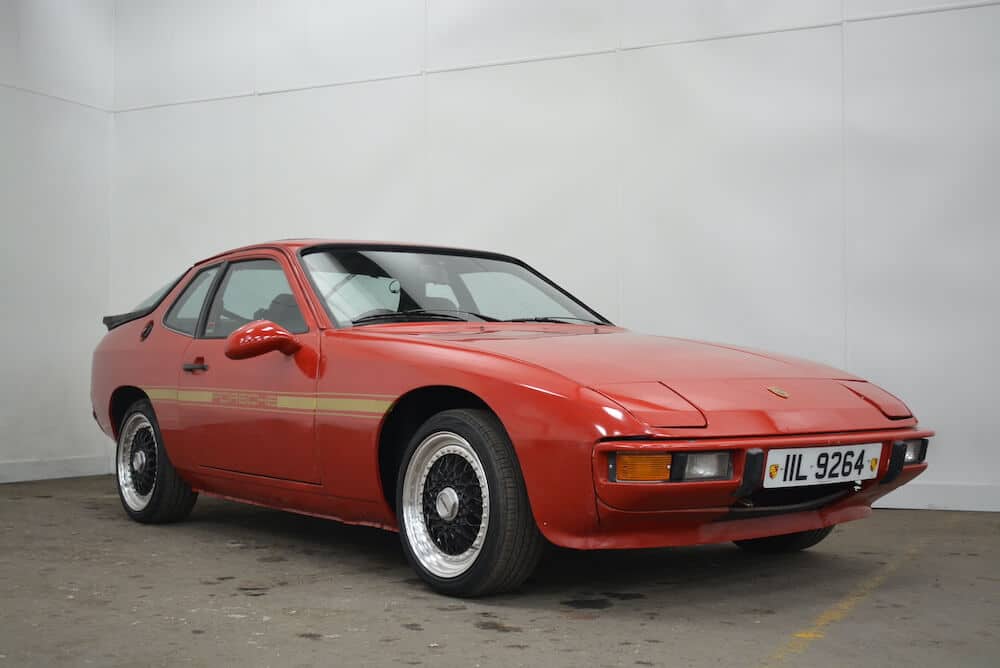 Bonhams’ busy month continues as it heads away from Beaulieu and along to the Goodwood Revival. It’s a contrast to the earlier sale, focusing more on the rare, the luxurious and the performance-orientated.

Two significant collections add greatly to the sale – the collection of the late Stan West which, among others, numbers a 1929 Rolls-Royce Phantom II with Weymann bodywork, a 1958 AC Ace and a 1964 Aston Martin DB5. From the same collection comes a pair of late-1930s Lagondas, a 1937 LG45 saloon and a 1939 V12 saloon. Both are no-reserve offerings. 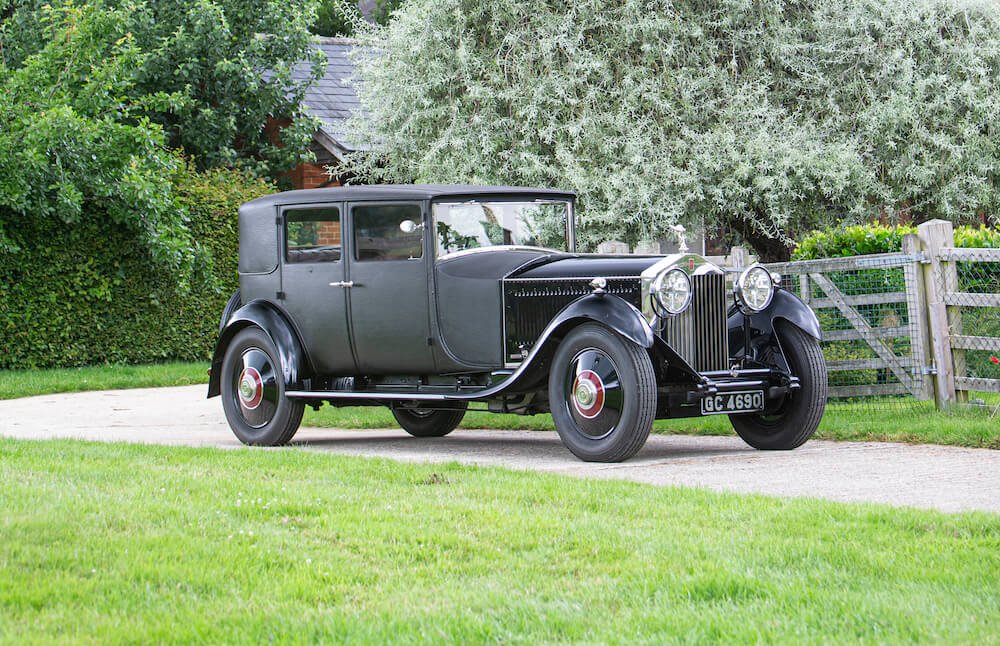 Adding to the sale is the quartet of 1929 Lagonda 2.0-litre low chassis models campaigned by dealer Fox and Nicholl. They were entered for the 1929 Brooklands Double Twelve, the BARC Six-Hour race and the Tourist Trophy while one car also ran at Le Mans. From the days when ‘hybrid’ meant smaller manufacturers buying in engines a 1971 Jensen FF and a one-owner 1971 Iso Grifo make entirely appropriate Aston Martin alternatives and have £90,000-120,000 and £200,000-250,000 estimates respectively. 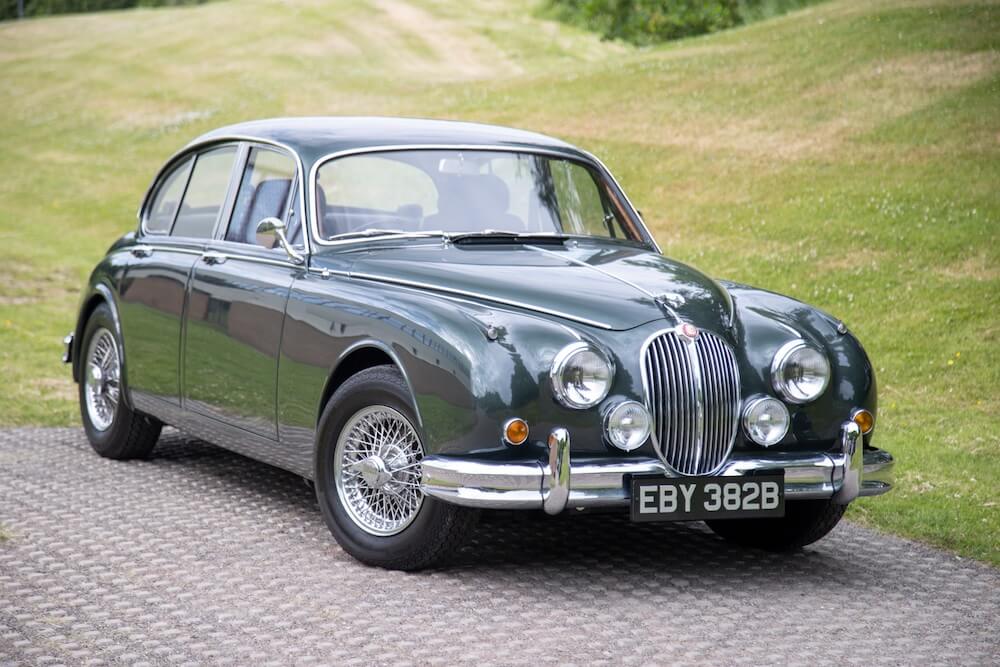 Recently-launched Manor Park has made its presence felt with the classic auction scene and holds sales at its Warrington site. It has succeeded in bringing interesting motors to market and its next, on 22 September, doesn’t disappoint. A JD Classics-restored 1964 Jaguar 3.8 features some upgrades and is estimated at £38,000-42,000 and a comprehensively-restored 1968 MGB GT should enjoy spirited bidding with its £7000-9000 estimate.

There’s a four owners 2002 Jaguar XJ8 Executive offered without reserve and a 2001 Honda S2000 that’s covered 34,000 miles from new is estimated at £14,000-16,000. And for potentially affordable and rarely-seen practical driving a Mk2 Escort-based Rickman Ranger is a no-reserve offering. 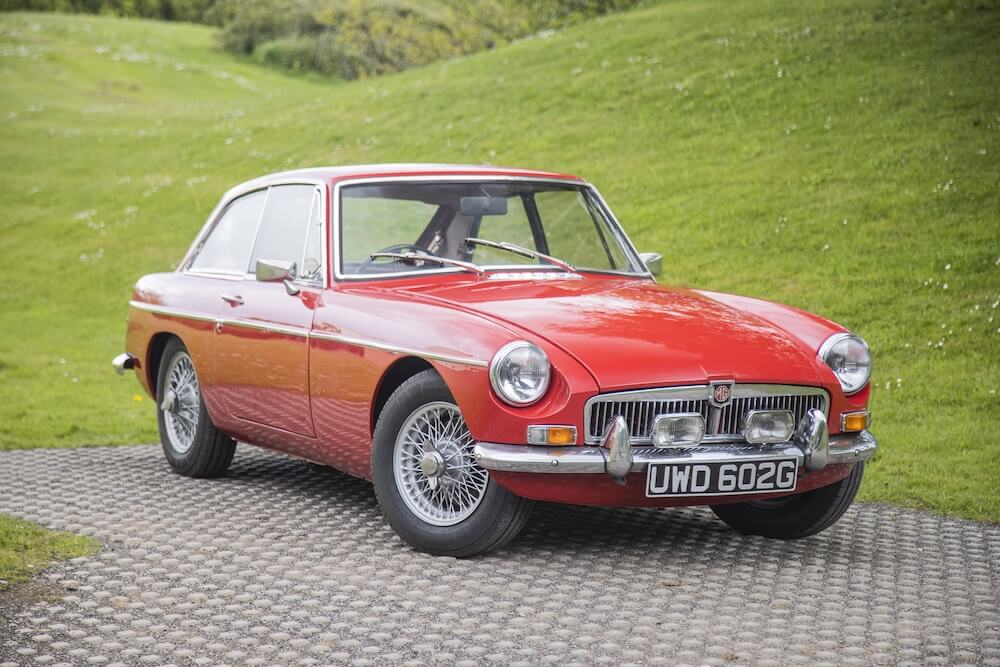 And the following day Historics brings the September sales calendar to a close. Back at Ascot Racecourse. A concours-winning 1979 Triumph Dolomite Sprint that boasts a comprehensive history over its 55,700 miles is estimated at £12,000-15,000, and a two-owners, pleasingly-patinated 1963 TR4 is estimated at £14,000-17,000. 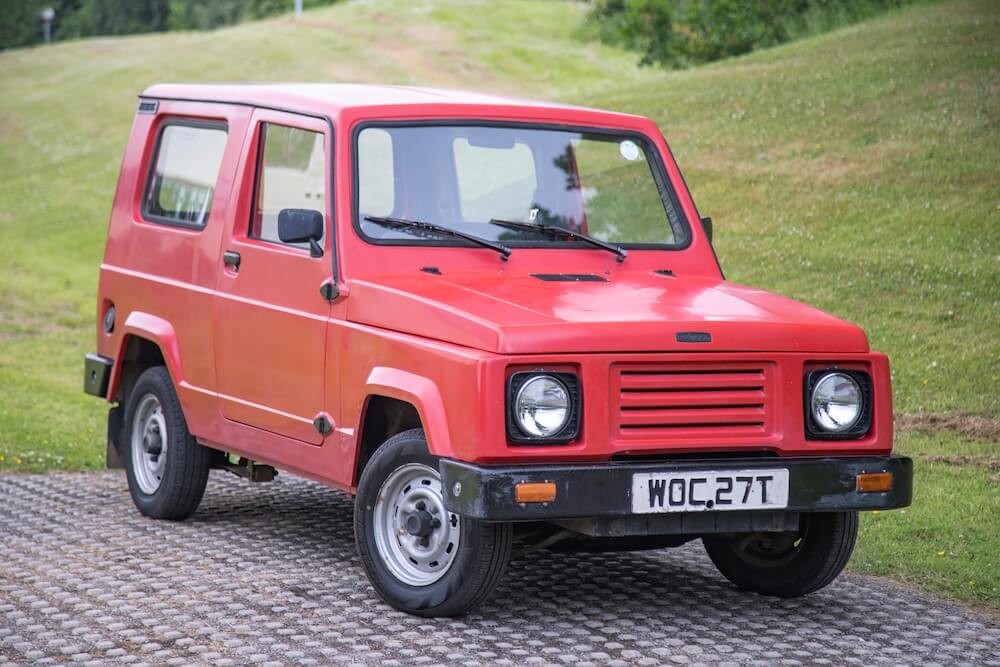 As always expect plenty of Mercedes-Benz models, among which is a one-owner 2000 CLK230 Kompressor Elegance convertible. Boasting good service history from the Swiss dealer that supplied it in right-hand drive form, it is offered at no-reserve.

Also no-reserve, a 1963 Singer Gazelle is said to be a good sound example with an engine believed to be re-built three years ago, although there is no paperwork. It’s a smart alternative to a Wolseley 1500 or Riley 1.5. Staying with no-reserves a 1997 LTI Fairway taxi is an unusual, reliable people carrier.

So many amazing cars on offer. Which will you buy?