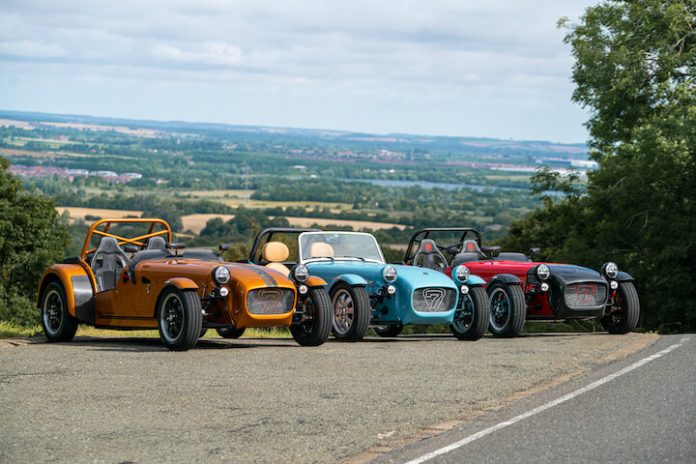 Caterham sales grew by a remarkable 41% over pre-pandemic levels last year, with the 670 orders taken in 2021 not only smashing the 442 received in 2019, but beating the marque’s previous best tally of 667.

Caterham’s record-breaking benchmark was all the more impressive due to the limitations imposed by the Covid-19 pandemic, and lack of limited-edition models launched during the previous twelve months.

With 2017 seeing the release of the highly successful Seven SuperSprint, which sold out in days, 2021’s figure came largely on the back of strong sales of series-production models.

The new Seven 170, and the overwhelmingly positive reviews it received, played a large role in setting the new sales record, while the Seven 420, in production since 2015, finished the year as the best-selling model in both the UK and US markets. 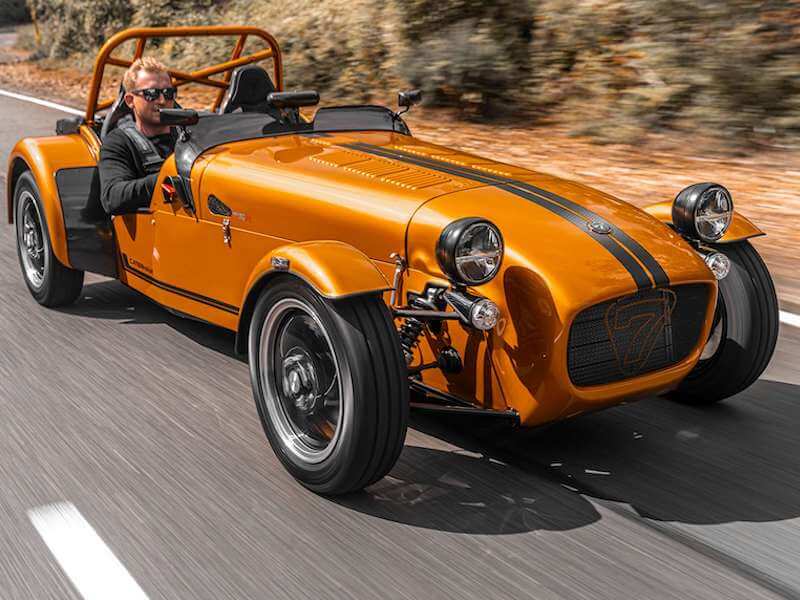 What’s more, despite the sale of Sigma-engined models culminating mid-way through the year, Caterham in fact sold more cars in H2 than H1, demonstrating the enduring appeal of the Seven formula.

While the UK dealer network was unsurprisingly responsible for the largest single allocation of orders (37.6%), sales also grew impressively around the globe.

The United States continued its strong upward trend, with its total of 49 cars representing more than double the 21 sold in 2019.

Looking ahead, the next 12 months are already set to be another bumper sales year for the Seven, with order books filling up fast. Moreover, the 50-car grid of the 2022 Caterham Academy season was fully booked eight months before its first round, with next year’s championship also well on the way to following suit, the first grid of 25 cars having already sold out.

Graham Macdonald, Caterham’s Chief Executive Officer, said of the record-breaking year: “While 2021 saw plenty of challenges across the automotive sector, I’m delighted to announce such positive sales figures for Caterham.

“The experiences of the last two years have led many people to re-evaluate what they want out of life, meaning Caterham’s philosophy of driver-focussed fun and thrillingly pure performance resonates even more clearly than before.

“This is a trend that looks set to continue into 2022 and beyond and, along with the planned expansion of our production capacity, gives Caterham an excellent opportunity to continuing building a strong foundation for the future.”

Easter at Beaulieu: Get set for a phantasmagorical day out.