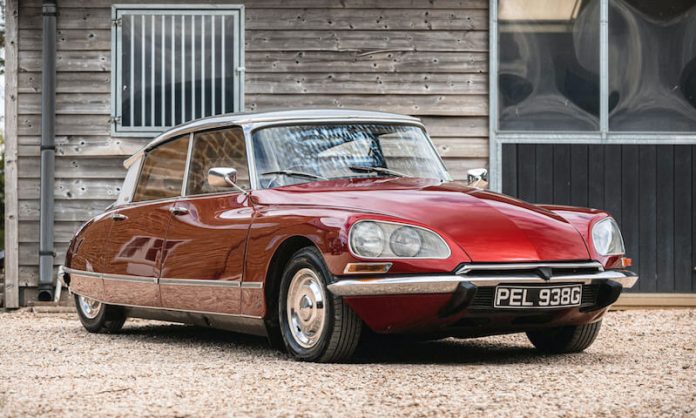 The ID19 Pallas offers the French driving experience without having to risk the hell of the Channel Port queues. Die-hard Brits who say ‘Non’ to anything French and don’t know what they are missing by turning their noses up, won’t agree, but for any of us who carry a love of all things French in our hearts, this beauty will make the ticker beat faster.

This car is the embodiment of cool sophistication and elegance. It’s just so damn French! T he DS’s legendary status is due to three things: Flaminio Bertoni’s design, the media circus that surrounded its unveiling in 1955, and — for the design-obsessive — the car’s inclusion in Roland Barthes’ Mythologies. 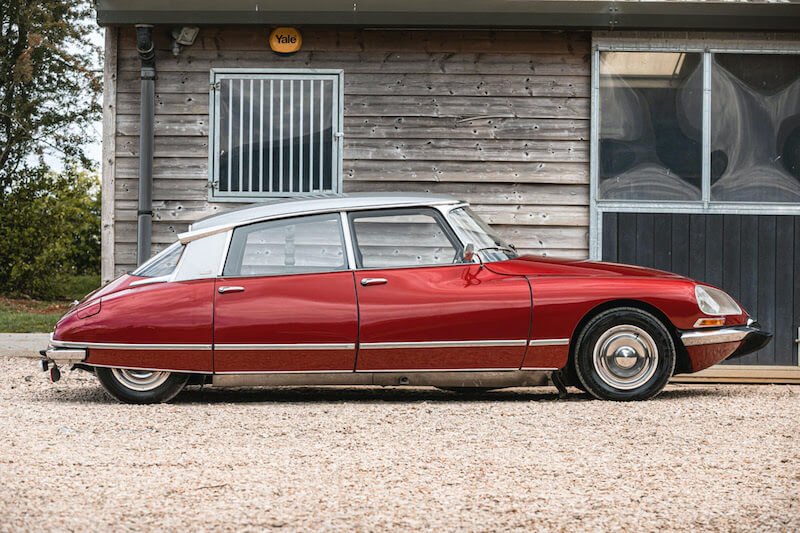 Barthes, a French literary theorist, essayist, philosopher, critic declared the DS as the contemporary equivalent of a great gothic cathedral, a ‘purely magical object’ that has ‘fallen from the sky’. And finally there was the name: ‘DS’, a not-so-subtle play on the French word for ‘goddess’, practically demanded one bow down and worship at the car’s technical and aesthetic sophistication.

Hugely popular with car buyers it stayed in production for 20 years, with nearly 1.5 million models made. It continues to define Citroen. 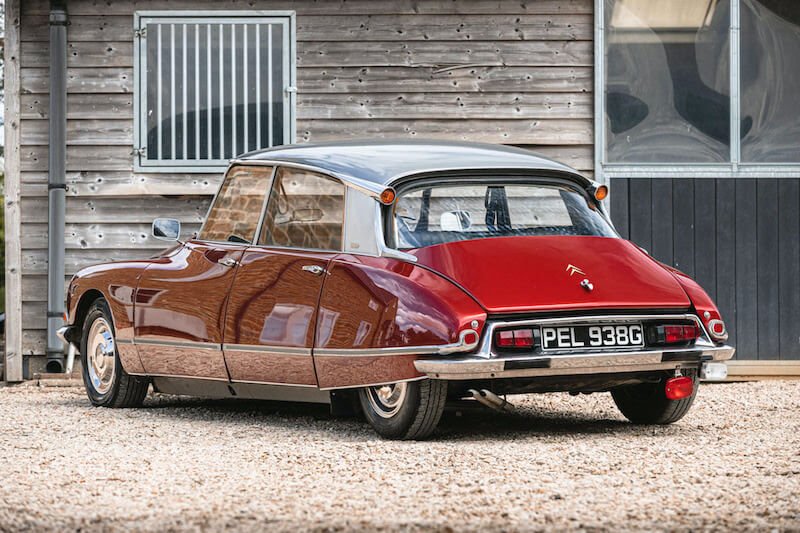 This Citroën ID19 Pallas is offered by the current owner who has had the car for five years. It was first registered in the UK 03/04/1969. In 1969, the ID19 acquired the 91 bhp engine formerly fitted to the DS19. Available from 1965, the ‘Pallas’ was a luxury and trim option. This smart example looks splendid in deep Metallic Red with a silver roof

Externally refreshed by its previous owner with a folder documenting the work carried out it is gently patinated sand the eating left untouched for sake of originality. The car boast the vert desirable combination of the older metal dashboard and the Pallas leather interior. 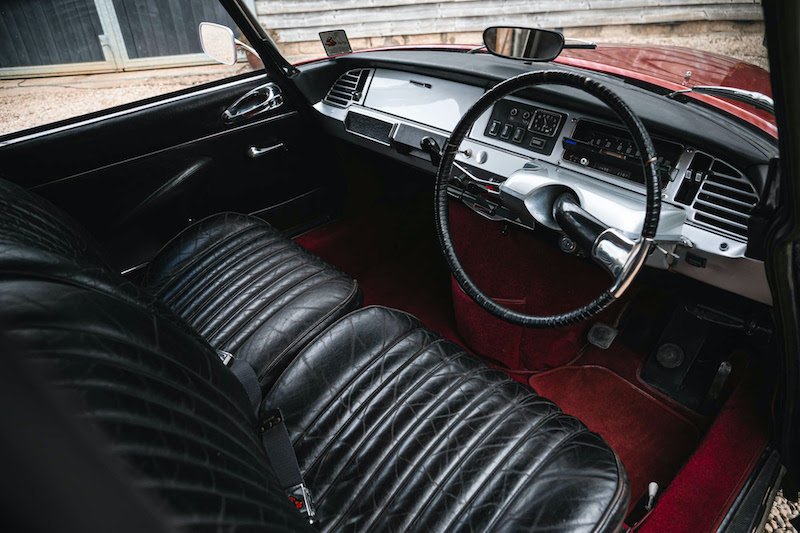 Viewing is highly recommended and vehicles will be available for viewing at the venue on Thursday 22nd and Friday 23rd September between 10am and 5pm, and then from 9am on Saturday 24th ahead of the auction which begins at 10.30am.