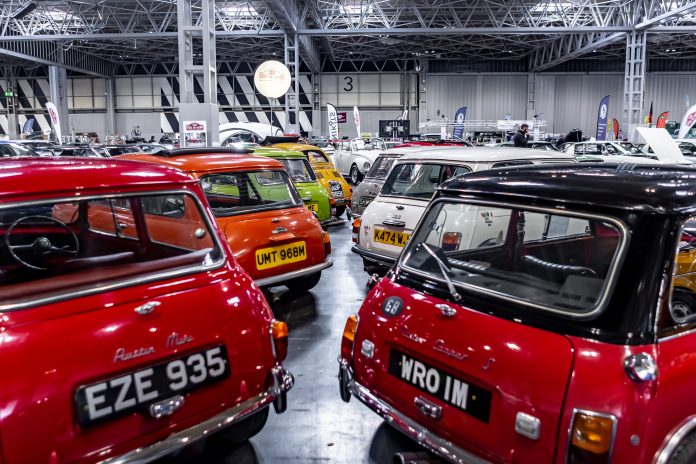 Classic Car Auctions (CCA) is gearing up for its first headline sale of the season as the much-anticipated Practical Classics Classic Car and Restoration Show returns to the NEC, Birmingham from Friday 18th March to Sunday 20th March 2022.

As the official auction partner for the show since 2017, Classic Car Auctions is looking forward to its biggest sale of the year. The specialist auction house for the sale of ‘Everyman Classic’ cars promises a stellar line-up of highly desirable vehicles, comprising an eclectic mix of appealing ‘lots’ to suit a wide range of motoring passions.

This hugely popular event for classic car enthusiasts is expected to attract a large audience from all parts of the UK, as well as international buyers. It follows a two-year gap for the show, having been forced to cancel in 2020 and 2021 due to the pandemic restrictions. The auction traditionally associated with the show did manage to go ahead in a slightly different guise. It was rescheduled to the autumn and staged at Stoneleigh Park. Hosted by CCA, the event proved a huge success with 130 ‘Everyman Classics’ going under the hammer and £1.4 million worth of cars sold. 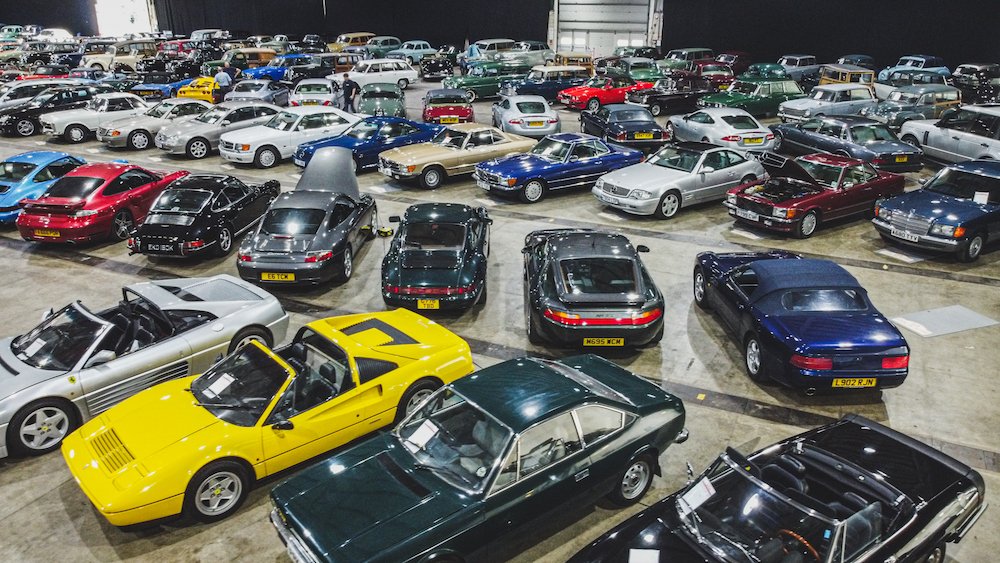 They say, ‘absence makes the heart grow fonder’, and the return of The Practical Classics Classic Car & Restoration Show in its full glory in 2022 makes it more special than ever. The auction is poised to be a stunner, with a great selection of iconic classics waiting in the wings, each having its own fascinating back story in the automotive history books.

Highlights in the auction, include an incredibly rare 1972 Holden L J Torana GTR XU-1 of Australian origin. It is believed to be one of the first 200 XU-1s built in early 1972 in recognition of the model used for motorsport, with a particular focus on the forthcoming Bathurst 500 of that time. ‘Torana’ comes from the Aboriginal word meaning ‘to fly’. This ‘homologation special’ still sports the original ‘Strike-Me-Pink’ paintwork and needs restoration – a fantastic project for any enthusiast. 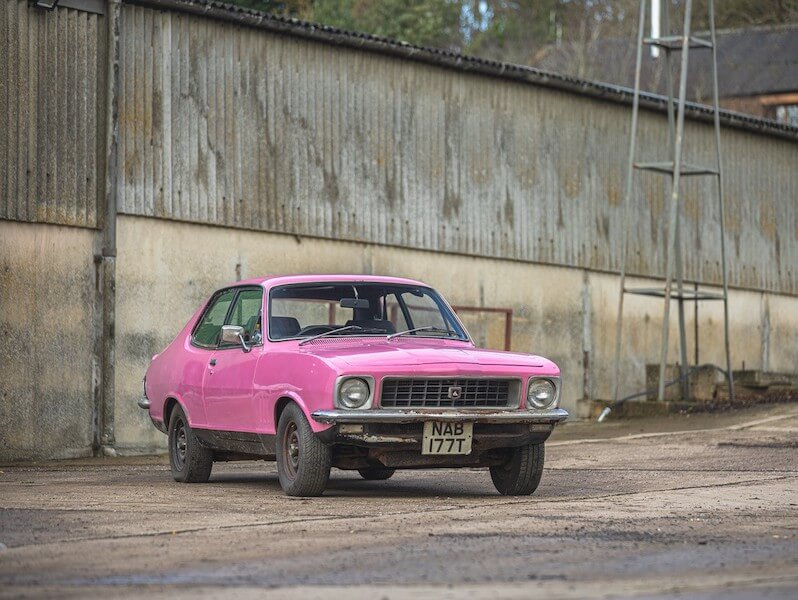 Rewind the clock to the elegance of the 1930’s, to a fully restored post-vintage 1934 Daimler LQ3-20 four-door Tourer finished in Primrose and Hazelnut. It has the added bonus of a comprehensive history file that charts tens of thousands of restoration photos and magazine articles. The Daimler theme continues. It is joined by a beautiful ‘must-see’ 1961 B-Spec Daimler Dart SP250 V8 with a mere 38,444 miles and only two owners. 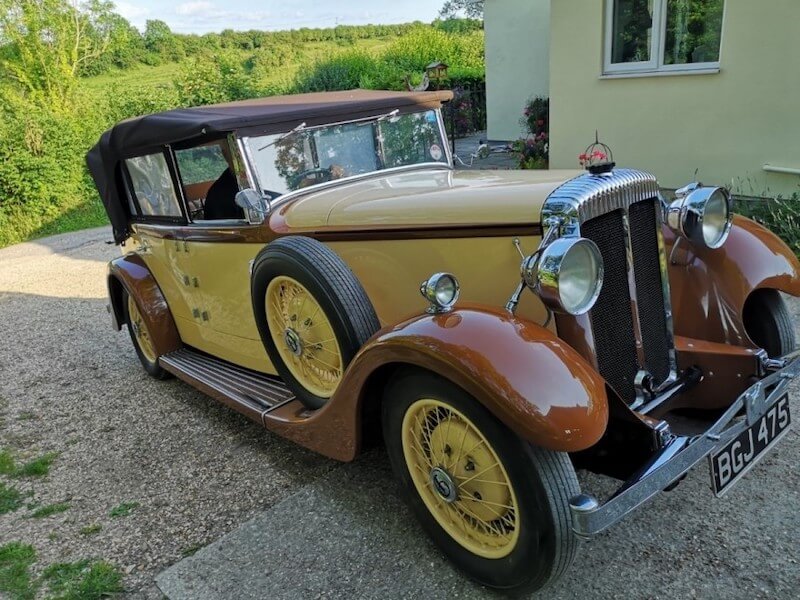 There is also a rather lovely 1954 Austin-Healey 100/4 (BN1) in classic Carmine Red. This original beauty enjoys the rarity of being a UK supplied BN1, given that 90% were exported, and has resided with the same family since 1974. A number of other British Classics including Jaguars and Landrovers will soon be published.

Enthusiasts of rally classics will be drawn to the attention-grabbing 1983 Audi Quattro (WR-10V) which has recently been rebuilt for fast road/Club motorsport and fitted with all the expected racing accoutrements; roll cage, bucket seats and race harness to name but a few.

Meanwhile, devotees of the Porsche marque, have a treat in store with several iconic models on the sale menu, including a superb example of a 1984 Porsche 911 (930) Turbo in Grand Prix White with black leather interior offering an exciting 300bhp, 930/66 engine and 4-speed box. There is also a 1991 Porsche 911 (964) Carrera 4, 3.6-Litre Targa, UK-supplied and finished in eye-catching Schwarz Black as well as a very smart 1998 Porsche 911(996) Carrera 2 Coupé with manual transmission, and a 1992 Porsche 944 3.0 S2 Cabriolet all currently listed in the auction.

The famous Lamborghini name generally conjures up the image of amazing sportscars, but some may not know the brand has a heritage in tractors. For any collector of classic tractors, the fully restored 1962 Lamborghini 1R in traditional blue and orange livery is a must-see entry. The classic 1R used to be a common sight in Italian fields back in the sixties.

Staycations have been very much a theme for the last couple of years and demand for campervans has gone through the roof. CCA has a real classic to offer, a 1965 Volkswagen Type 2 (T1) Campervan ‘Splittie’ with a 1600cc engine, fully restored by UK Sports Cars Ltd five years ago. It is not the only one, there at least two more campervans consigned to CCA’s auction.

These preview just a selection of the vehicles assigned to the auction at The Practical Classics Classic Car and Restoration Show, which promises ‘something for everyone’.

Bidding for this sale will be available in person, by phone, online or via commission and you can register to bid here.