Built in April 1958 making it one of the first few hundred off the production line. 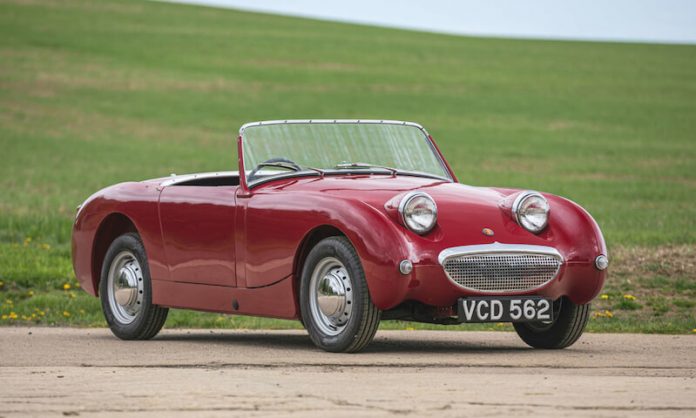 A simply wonderful early production Austin-Healey “Frogeye” Sprite is being offered at Classic Car Auctions Summer Sale on the 18th June at the Warwickshire Event Centre.

The Austin Healey Sprite is a car that exudes character with the cheeky little face provided by the smiling grille and those perched headlamps that give it the Frogeye name. In fact the headlamps were supposed to fold back to create a very slippery design, but due to costs, BMC decided against the idea. 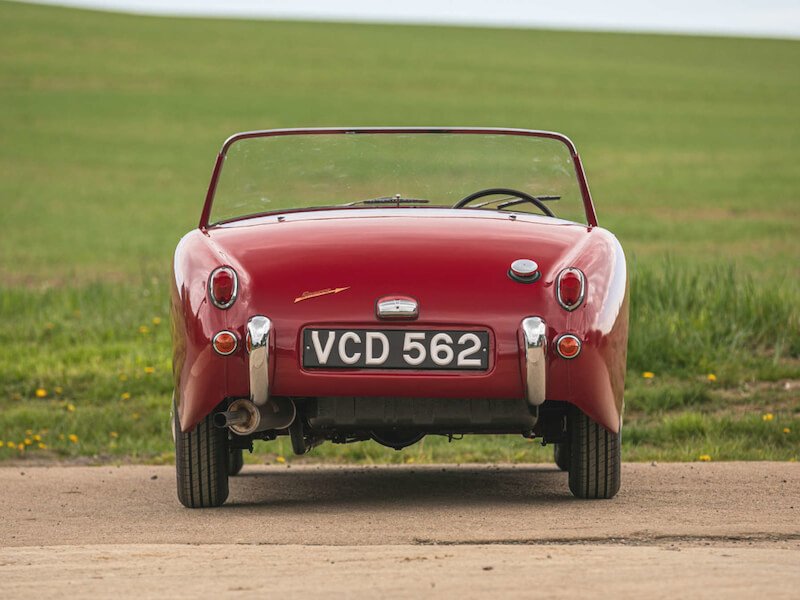 This particular Sprite has been in the same ownership for the last 17 years and in 2015 it underwent a very sympathetic refurbishment over a three-year period with an emphasis on originality. 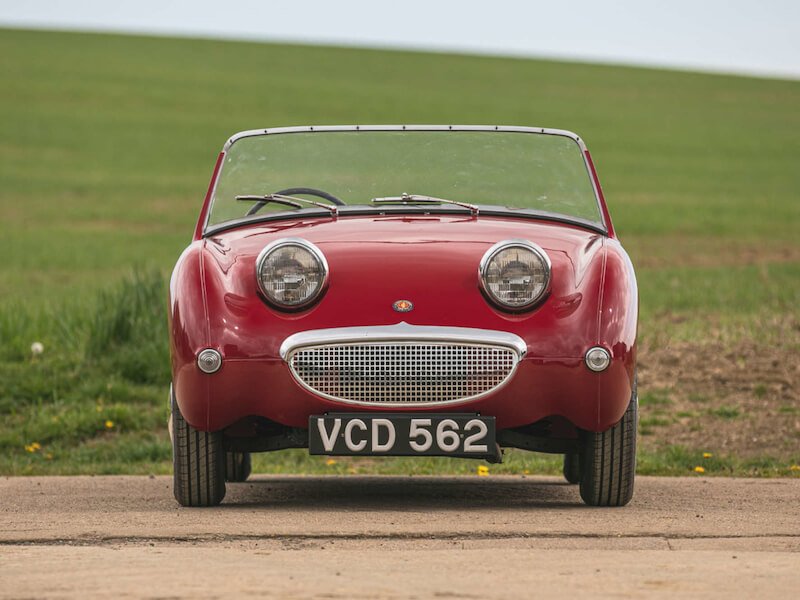 Production of the Austin-Healey started on the 31st March 1958. The Heritage Certificate shows that this Frogeye was built on the 21st April of the same year and delivered on the 8th May to Dreadnought Garage Ltd, a dealer in Brighton, making it a very early example, probably one of the first few hundred produced.

This UK supplied right-hand drive car still retains many of its original features including the flat chassis legs, twin- seat rails, rear chassis gussets and unshrouded radiator. It is also presented in Cherry Red, a colour specified from new. Other options the car has are, a toughened screen, MPH speedometer, rev counter, heater, windscreen washers and front bumpers. 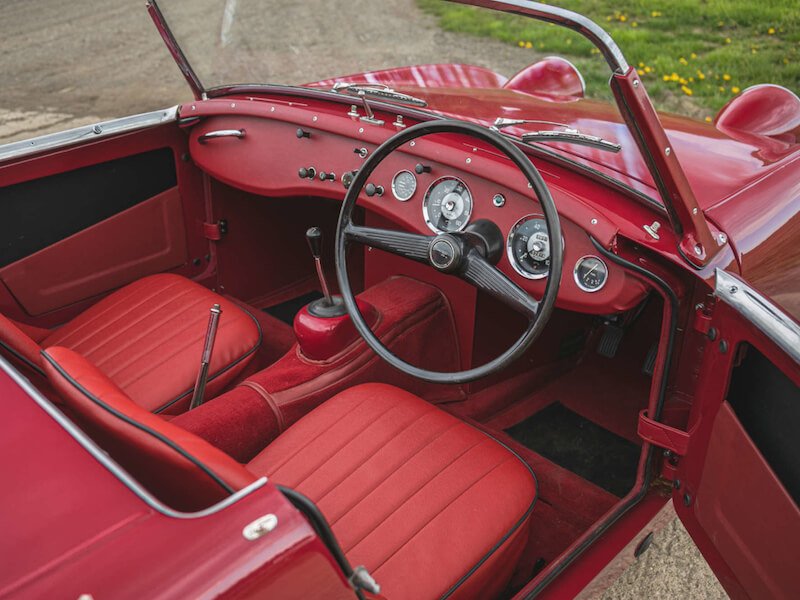 The Frogeye also retains its original bodyshell which has the John Thompson 485 stamping number present and the BAE numbers on the door pillar. The original double seat rails on each side remain as well as the original early bonnet and screen.

The original engine has been rebored and ground and is fitted with the ribbed case gearbox. The original smooth case accompanies the car. 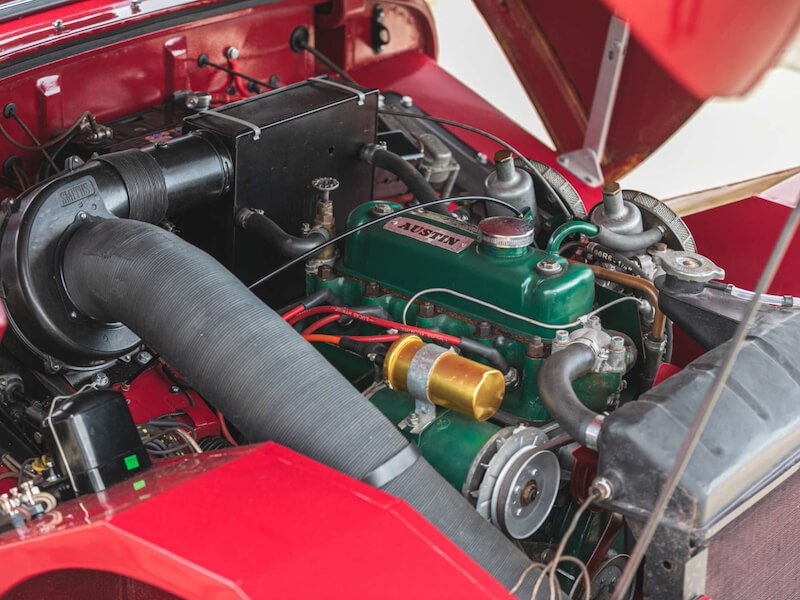 Gary Dunne CCA Sales Manager commented: “This is a wonderful little car that has had lots of love and attention. The refurbishment has been very well done with the emphasis on keeping its originality which shows when looking over the car.”

“I think you could be hard-pressed to find a better early model than this, making it a great opportunity to get into classic car ownership.”

“These cars have such a character, you can have a lot of fun and what’s more they are one of the cheapest classic cars to run and maintain. Offered at between £20,000 to £25,000 it looks to be great opportunity”

The Classic Car Auction Summer sale takes place on the 18th June with viewing days on the Thursday and Friday at the Warwickshire Event Centre.

Diddly Squat Farm Shop pops up at The Classic