We highlight the Coupes heading for auction this autumn

Could there be a more grown-up car than a large, powerful fixed-head coupe? We have a look at few coming under the auctioneer’s hammer soon.

If one type of car defined a gentleman surely it would be the fixed-head coupe? Not, however, the more sporting-inclined types like Jaguar E-types and Ford Capris: instead think Lancia Gamma and Kappa coupes, Mercedes-Benz SECs and CLs, Jaguar XJ6/XJ12 Coupes or any V8 Bristol right up to the final Blenheim 3.

You see what we’re getting at: They’d be owned by the type of bloke who’d know how to tie his own bow tie. These aren’t out-and-out sports, cars, but they do offer a half-decent turn of speed and continent-crossing prowess. They have a coolness many dropheads lack, and as a case in point a Corniche fixed-head will always lay a royal flush down in front of its drophead sibling.

So what coupes are in up and coming sales? Historics’ 25 September sale has certainly come up with the goods when it comes to Mercedes-Benz coupes. A no-reserve 1992 300CE in dark metallic blue with grey leather is understated coupe coolness, and the eight-hole alloys add to its looks. It’s fitted with an electric sunroof too, so wind that back, drop the side windows and then wonder why anyone would ever want a convertible version.

Staying with the three-pointed star there’s also a 2007 CL500, which should prise open the wallets of modern classics lovers. C216 models are seldom seen in auctions and this is one that shouldn’t be missed, having had two former keepers and coming with a comprehensive main dealer and specialist service history.

When delivered it cost a whopping £92,096, of which a healthy £14,000 was spent on options including the ‘passion’ leather seating. It’s pillarless, it has a (glass) sunroof and it’s sensibly estimated at £12,000-17,000. And it’s rarer than a Bentley continental GT, which on reflection is hardly difficult…

Let’s not leave the Historics sale just yet because anyone who wanting an unusual modern classic in two-door pillarless guise is in for a further treat – a 2003 Renault Avantime Privilege. Historics has sold several examples of the delightfully left-field (some might say bonkers) Renault in recent sales and while it didn’t capture the essence of pre-war Delages and Delahayes as Renault might have hoped it was a great attempt by a volume car maker to do something different. 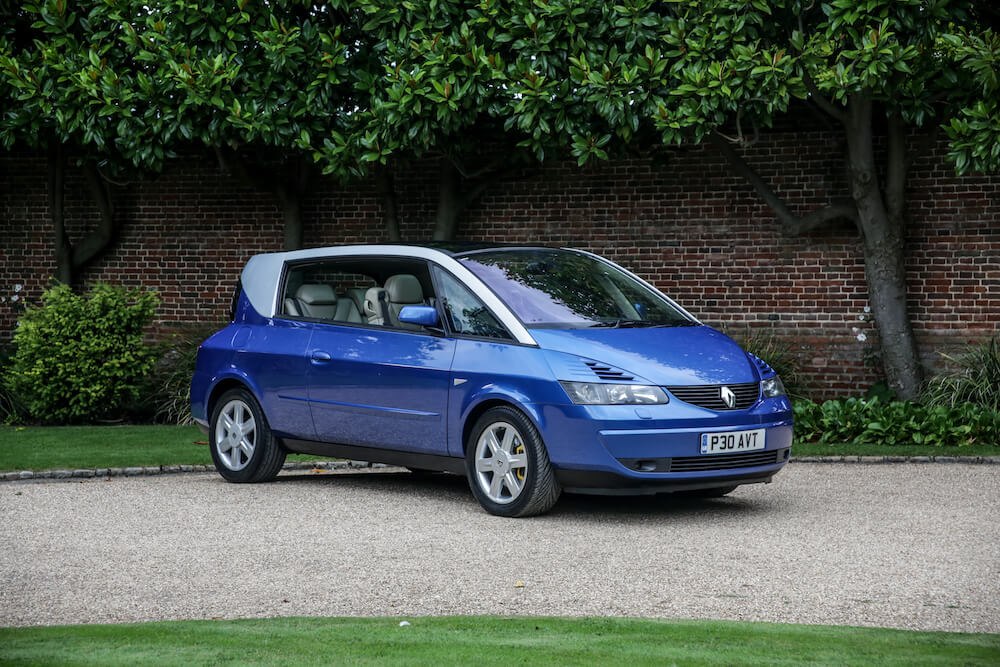 This range-topping Privilege (in ‘Limited Edition’ guise) runs the petrol V6 engine but in this case with a manual gearbox. Serviced by a Renault main dealer until 2017 and coming from long-term ownership it’s a superb latterday head-turner, but unlike the Benzes above, not one for the shy or retiring.

If the Avantime was (and still is) avant-garde, there’s something way more traditional down at SWVA’s October sale. And if you think the quirky Renault is big, its generous dimensions are eclipsed by those of a 1978 Cadillac Coupe de Ville – a car so big it’s surprising some states didn’t make it offence for a car to be that big but with just two doors.

But what generously-measured doors they are, entirely in keeping with a car popular with wealthy retired Florida residents and New York types probably involved in construction, and more than likely to be wafting up to the Catskill Mountains at the weekend. 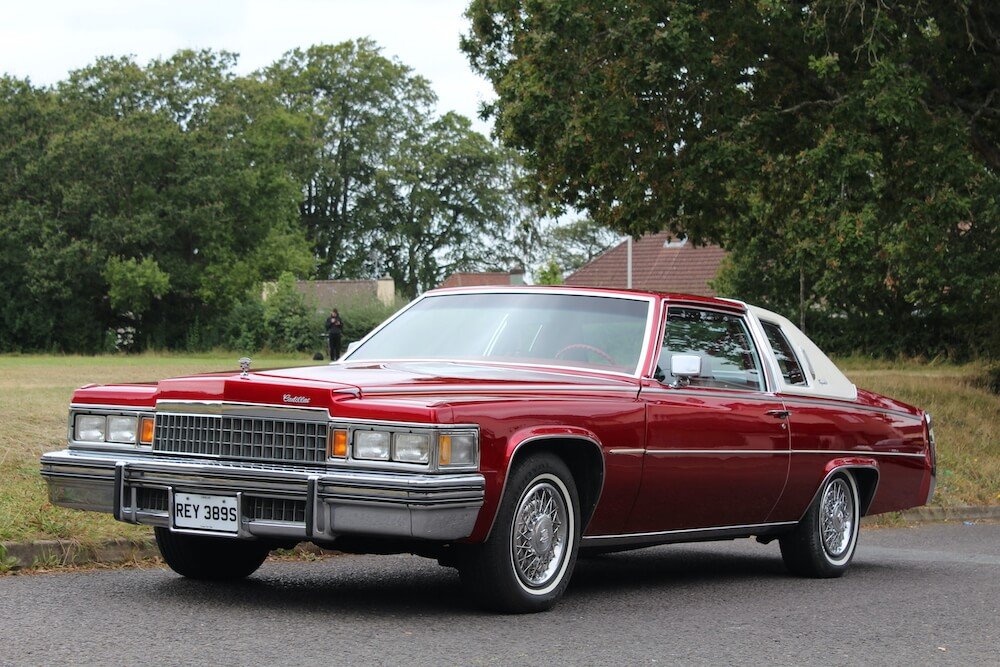 SWVA’s 1978 Coupe de Ville is getting towards the end of the full-size boats: unashamedly large, with small tail fins that dated back to the cleaned-up mid-1960s models, they still weren’t out of place a decade and a half later. This metallic red/white vinyl roof example was imported in 1980 and had one owner until 2017, the Poole auctioneer says. Before being bought by the vendor it had covered 385 miles in 10 years and has recently had a full service, a new battery and undersealing.

Big, yes. Imposing, certainly. And just think – it can do everything a Corniche fixed-head or Camargue can, but at way less cost. And the Cadillac has a bigger V8…