Auto NewsIs the Car Crowd the best new way to buy a classic?

Would you like the opportunity to invest in classic cars? 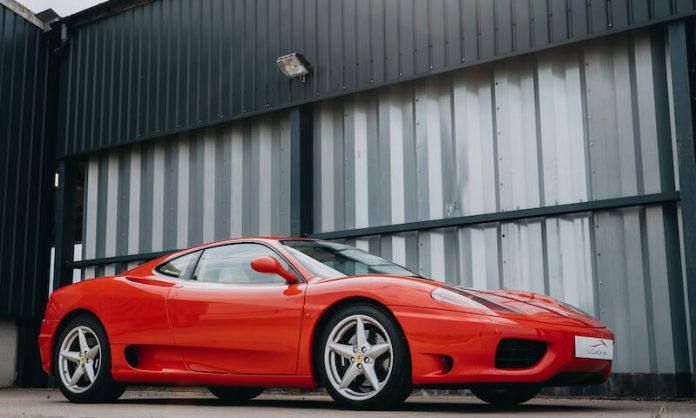 Whether you already have a classic or are just thinking about dipping your toe into the market, The Car Crowd offers another way to buy a classic car that you might just want to consider.

The alternative is presented by the Nottinghamshire-based company, founded last year by David Spickett. He has a background in global finance and is a proper car guy – aged fourteen, he helped his dad build a Westfield kit car – and with his wife, Kirsty, as Chief Marketing Officer, together they’ve come up with an intriguing prospect.

Essentially, The Car Crowd offers enthusiasts the opportunity to invest in classic cars by buying shares in them. Quoting a recent Knight Frank Wealth report that says classics have appreciated by 193% in the last decade, the company reckon this is a great way to be involved in classic car ownership while at the same time making some money.

So how does it actually work? Well, the first step is sourcing a suitable vehicle and David has chosen to focus on modern classics rather than more traditional types – he says these are the models that have become increasingly desirable, especially amongst enthusiasts that coveted them in their younger days and now have the funds to invest. A lot of time is spent finding just the right examples, ones with few owners, low mileages, and excellent histories. Basically, the cars you’d expect to rise in value. So far that’s led him to acquire the likes of a Peugeot 205 GTI, Renault Clio V6, Ferrari 360 Modena, and a Ford Sierra RS Cosworth.

Calling on market data and a number of external sources to establish a valuation for each car (the vehicle valuations are ratified by an independent compliance team) it’s then divided into one thousand shares, with investors allowed to buy up to one hundred shares in any one car. Taking that 205 GTI as an example, it was valued at £18,900 making each share £18.90. Once all the shares have been sold a limited company is set up in the name of the vehicle, and it’s this company that is fully owned by the shareholders.

While it sounds like a tempting way to ‘own’ a desirable classic it’s worth pointing out that investors aren’t able to actually drive them. Instead, they can go and view it at any time at the company’s HQ and the cars are also displayed at selected events, providing a further opportunity to admire them. If you’re the sort of enthusiast that prefers driving and tinkering with old cars then this probably isn’t for you.

However, the company say that the business is just as much about encouraging a community, where enthusiasts can come together to socialise as well as enjoying their ‘ownership’ of the cars themselves. In fact, they have just opened up a café and meeting hub where investors will enjoy exclusive events and hospitality. And it will be open to the public, too. 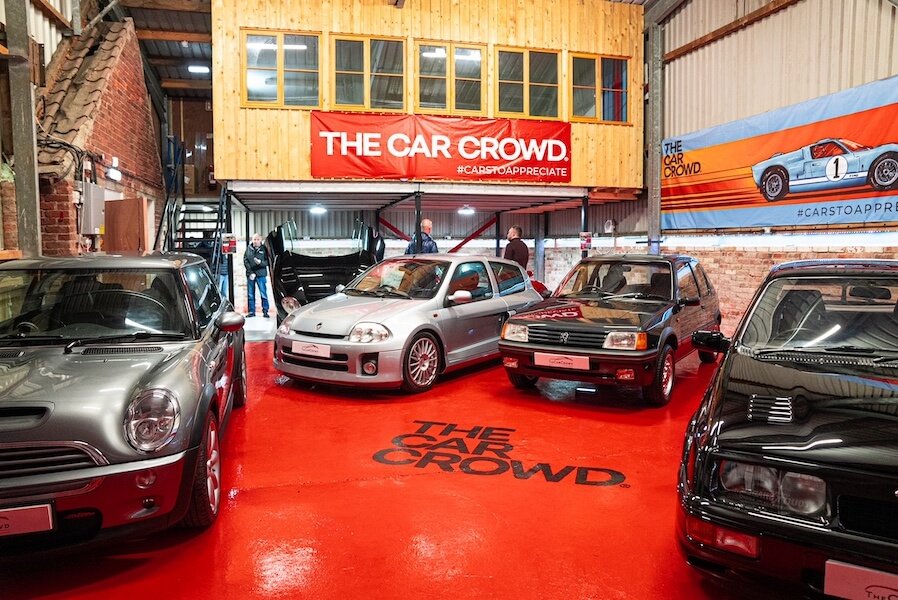 If this sounds like a refreshingly unusual approach when it comes to getting involved in classic car ownership you’d be right, but there’s no escaping the matter of money. Namely, is anyone making any? Investors first, then, and the answer appears to be yes. After six months each car is re-valued, and with the Peugeot 205 GTI the first to go through the process its value had increased by 5.8% to £20,000 – meaning each share was now worth £20. And it’s at this stage when investors can vote on whether to sell the vehicle to realise a profit, or retain their ownership for a longer period; in this case, of the sixty four owners 90% of them voted for the latter which Kirsty notes was great news and a show of confidence in the company’s approach.

It’s also worth pointing out that the cars are offered for use in film or television work, and any money made from this is shared out amongst investors at the end of each year. As for The Car Crowd themselves, their income is derived from a ‘curation fee’ included in the initial valuation which covers the likes of inspection and preparation, plus a commission on any income from paid work such as that mentioned above.

As for the future, David told us that some exciting cars are on their radar. A 2003 Mini Cooper S with JCW certification has already been purchased, but the wish-list also includes the likes of a 996-generation Porsche 911, E92 BMW M3, and a Mitsubishi Evo Tommi Mäkinen edition. Those are mouth-watering prospects guaranteed to attract any true petrolhead.

Ultimately, anyone used to the traditional way of buying and running a classic might not find this approach to their taste. It’s certainly a different way of experiencing ownership – the fact the cars can’t be driven will prove a major turn-off for some, while others might disagree with tucking cars away rather than using them. That said, we can certainly see the attraction of owning a slice of a desirable car that would otherwise be beyond financial reach. It’s still early days for the business, so only time will tell whether their proposition is a sound one, but we’re looking forward to seeing how it develops.