Five cars to go under the hammer at NEC Classic 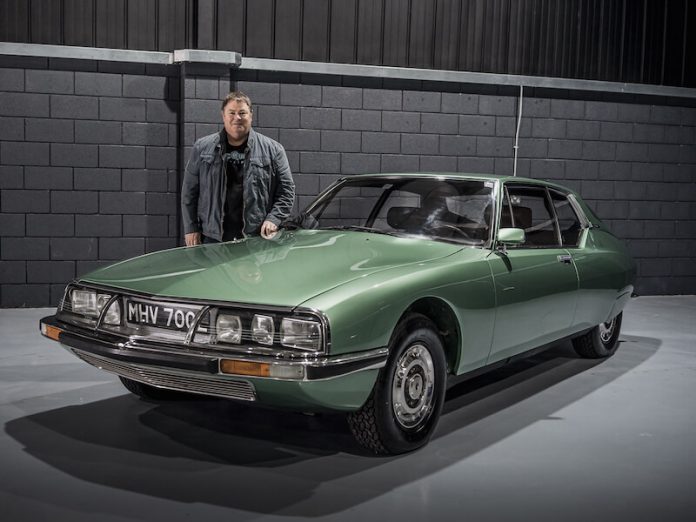 Mike Brewer is offering up five cars for auction from his personal collection. All cars will be sold by Silverstone Auctions at the upcoming NEC Classic Motor Show on Saturday 13th November.

The catalogue for the final Silverstone Auctions sale of 2021 boasts over 130 classic and collector cars, as well as 96 motorcycles and dozens of automobile items. Included in the catalogue is a collection of five vehicles from our very own Mike Brewer, host of Wheeler Dealers.

Mike Brewer said: “The time has regrettably come to sell off some of the cars in my collection. I always love to hang on to my cars for as long as possible, but the reality is that some of my cars get neglected.

“As a classic car enthusiast and owner, I always encourage people to drive the classics as much as possible. Unfortunately, due to work commitments and my need for space, I don’t always get the time to cycle through all the cars I have. Selling some of my collection also frees up more studio space so I can hire my building out for the good of charity.” 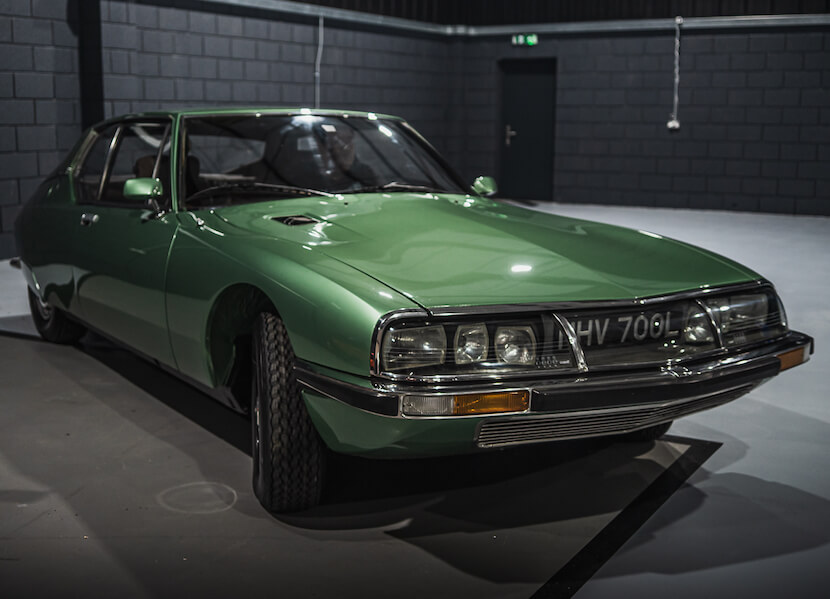 First up for sale is a remarkable 1972 Citroen SM 2.7 four-seat coupe. This 2.7 SM was purchased by Mike in a sorry state a few years ago before going through a full strip-down and restoration. It was later unveiled on stage at the 2018 NEC Classic Motor Show, to rapturous applause. The car has since gone on to win a Concours d’Elegance trophy at the National Citroen event, as well as to feature in a soon-to-be-released episode of ‘The Grand Tour’.

“I’m selling the Citroen SM because this is a car that needs constant maintenance and my work commitments don’t allow it,” Mike explains. 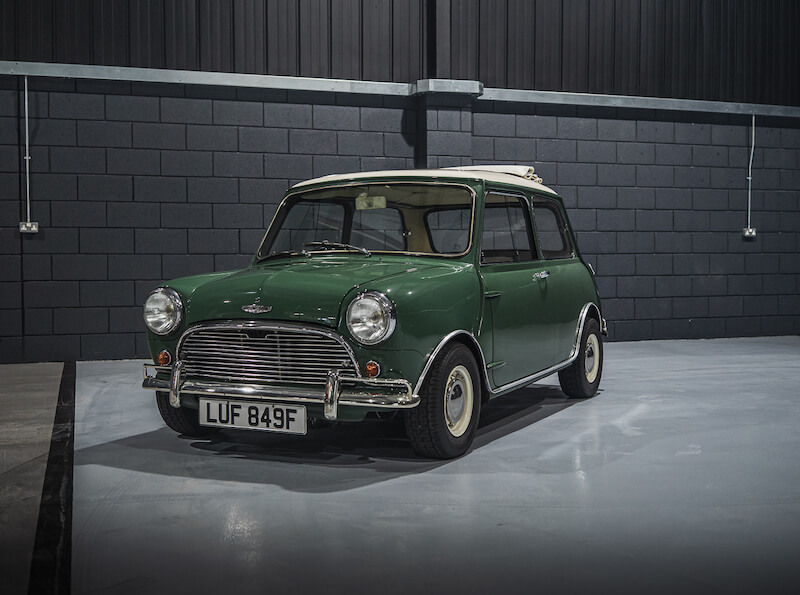 Next up is a stunning 1967 Mini Cooper 1275 S, a car regularly used by John Cooper himself. The vehicle has a fascinating history, having been purchased by American car enthusiast Phil Reed, before shipping it back to California in the 1980s to add to his growing collection. Fast-forward 40 years, and by pure coincidence, Mike was viewing the Phil Reed collection whilst filming for Wheeler Dealers. After recognising the vehicle, a deal was struck, and the car was repatriated to UK shores more than 40 years later. 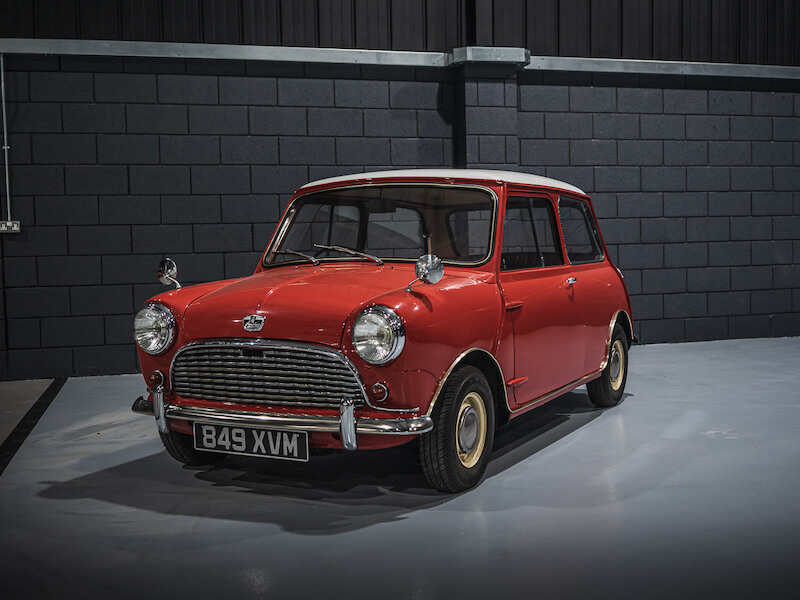 A striking red, floor-start 1961 Austin Seven Mini 1961 was also snapped up from Phil Reed’s small car collection. After sadly passing away some years earlier, the Phil Reed collection was left to his two sons, but they did not share the same passion for cars as their father and were happy to listen to offers – fortunately for Mike.

“The two Minis I always bought to sell,” adds Mike. “I own a 1964 Mini Cooper S called Frankie and that’s enough for me. I simply don’t need three Minis.” 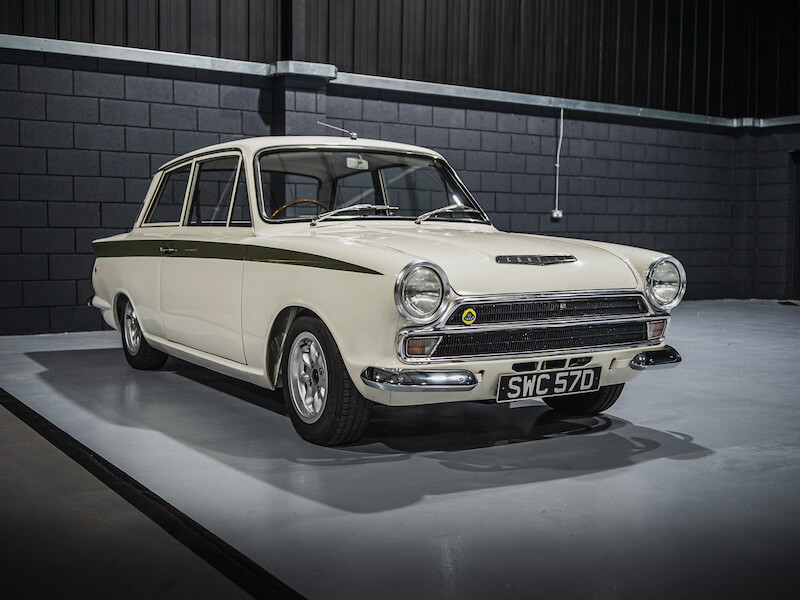 A highly collectable and coveted high-performance classic sports saloon, the 1966 Ford Cortina Lotus Mk1 remains in lovely condition. The car was first registered in 1966, finished in Ermine White and Sherwood Green. It later had a full restoration in 1999, undertaken with meticulous care and attention to detail, over a period of eight years with no expense spared.

“The Lotus Cortina has a different story,” Mike says. “I always intended to keep this car as I truly love it, but I can’t drive them all, so again it has to go.” 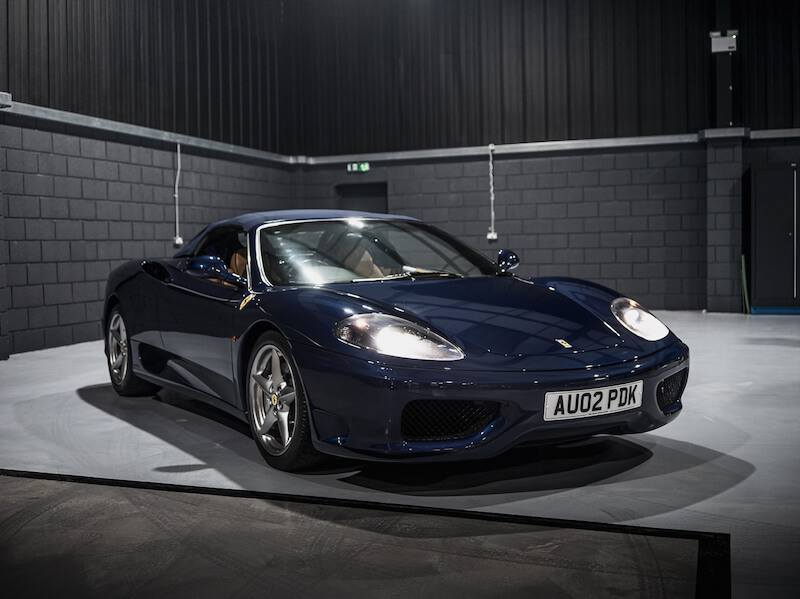 The final lot to cross the block is a 2002 Ferrari 360 Spider F1. This fabulous example is offered with a fantastic history, finished in Tour De France Blu over a Beige and Blu interior. Regarded as an ‘on-the-button’ example.

“The Ferrari 360 F1 spider was a car I always desired for that fun in the sun! I’ve ‘been there and done that’ now and I have to say it’s an incredible experience. But it’s time to let somebody else have some fun.

“Good luck to anyone out there who raises their hand to buy one of my cars. They are really good and I can vouch for them all. It’s been a pleasure being their custodian in the time I’ve had them.”

A new event and date on the international motor show calendar is launched with the ‘Masters of Motoring’ June 2023 will mark the debut of...