14 vehicles including rally cars are included in the auction

Mitsubishi Motors in the UK has revealed details of its heritage fleet auction, scheduled to run from April 1 to April 30 on the online platform Auto Auction.

All 14 Mitsubishi Motors up for grabs have detailed descriptions and a comprehensive array of images and videos, as well as introductory films by TV presenter and ex-Mitsubishi racer Tiff Needell.

Amongst the cars on offer include two of the earliest original UK Mitsubishis ever registered in the country, a Colt Lancer and a Colt Galant; the brand’s flagship sports cars of the 80s and 90s, a Mitsubishi Starion Turbo and a Mitsubishi 3000GT; as well as three of its iconic 4X4 vehicles – a Mitsubishi Jeep and a Mk1 and Mk2 Shogun.

Of most interest to performance car enthusiasts will be the three Mitsubishi Lancer Evolutions, each representing the pinnacle of their respective generations of Evo, and all with low mileage and maintained to the highest standards. The star of the heritage fleet, the Mitsubishi Lancer Evolution VI Tommi Makinen Edition, is also expected to be the highlight of the auction.

The brand’s rally heritage in the UK is represented by a Mitsubishi Galant GTi rally-replica, a promotional vehicle build in the late 80s to commemorate Pentti Airikkala’s Lombard RAC Rally victory in a Mitsubishi Galant VR4, and the championship-winning Mitsubishi Evo IX which was driving to consecutive British Rally Championships by Guy Wilkes in 2007 and 2008.

The newest additions to the heritage fleet, a 2014 Mitsubishi Outlander PHEV Mk1 and a 2017 Mitsubishi L200 ‘Desert Warrior’ which was built for the brand by journalist and presenter Tom Ford for a feature in Top Gear magazine, also go under the hammer. 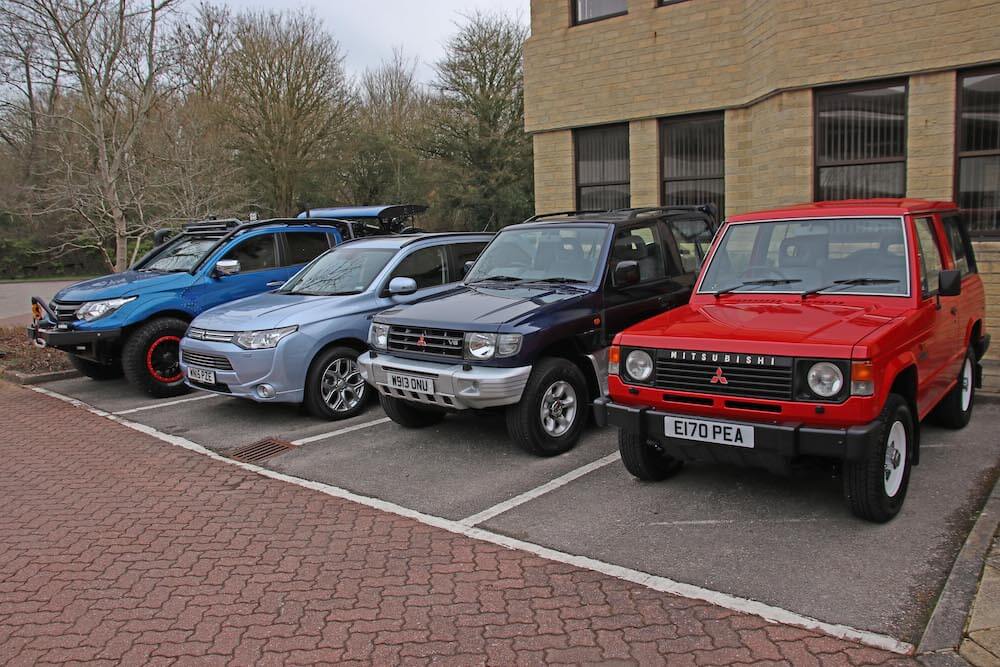 A large selection of Mitsubishi Motors private number plates are going up for auction at the same time, with many featuring the MMC and CCC lettering synonymous with Mitsubishi Motors / Colt Car Company vehicles.

Every vehicle on the heritage fleet is being offered with no reserve and the auction will run for the month of April with a staggered end to each lot throughout the final day, April 30th. The auction is open to everyone and the full catalogue can be viewed online.