The historic black Ford Escort RS Turbo was driven by Diana, the Princess of Wales from 23rd August 1985 to 1st May 1988, is in superb concours standard condition with just 24,961 miles on the clock . It went on sale with Silverstone Auctions at ‘No Reserve’ and was expected to go for a six figure sum. But no one saw the final price of £730,000 coming as the previous record for a Ford Escort was £60,000. 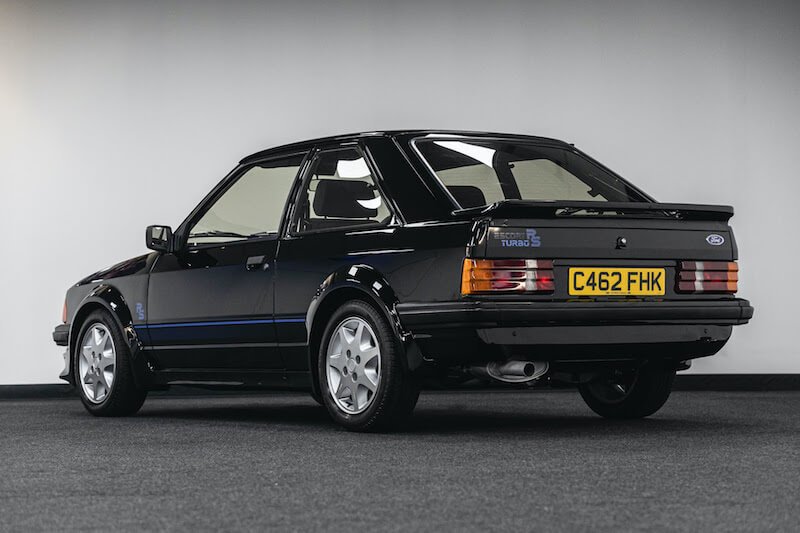 Arwel Richards of Silverstone Auctions, who consigned the car, said after the sale: “We were honoured to sell this car which carries with it so much of our recent tragic royal past. If proof were needed that Diana remains for many the ‘Queen of Hearts’ here is the proof. It was a staggering price which nobody could have foreseen.”

“The final tussle for ownership of the car was between a Dubai buyer and a Cheshire based English buyer, both bidding online, with the English bidder winning the car in the end. The atmosphere in the auction room was electric.”

The late Diana, Princess of Wales’ choice of personal cars in the early 1980s reflected her modest status as a nursey school teacher, and even the engagement gift by HRH The Prince of Wales of an Escort Ghia was still rather sedate compared to later car choices.

The Royal Mews provided a selection of Rolls-Royces and Daimlers for official state occasions, often used by other Royals for off duty shopping trips, but Princess Diana far preferred to be at the wheel of her own car, albeit with a detective in the passenger seat, a member of The Royalty Protection Command (SO14). Princess Diana was a city girl at heart and nipping to the shops or meeting girlfriends for lunch, at the wheel of her own car was perhaps seen as a break away from the police outriders flanking an armoured Rolls-Royce, and the attention it drew.

It is said that the Ford Escort 1.6i Cabriolet in Red, that was to be Princess Diana’s second Escort, was deemed to be unsuitable by S014, the manual canvas roof offered little privacy and zero protection, especially at the height of the IRA terror campaign on the British mainland’s cities. Encouraging the purchase of a stealthier car, Her Royal Highness was insistent on the new Escort Turbo RS, and the Ford PR department suggested making a black RS Turbo. 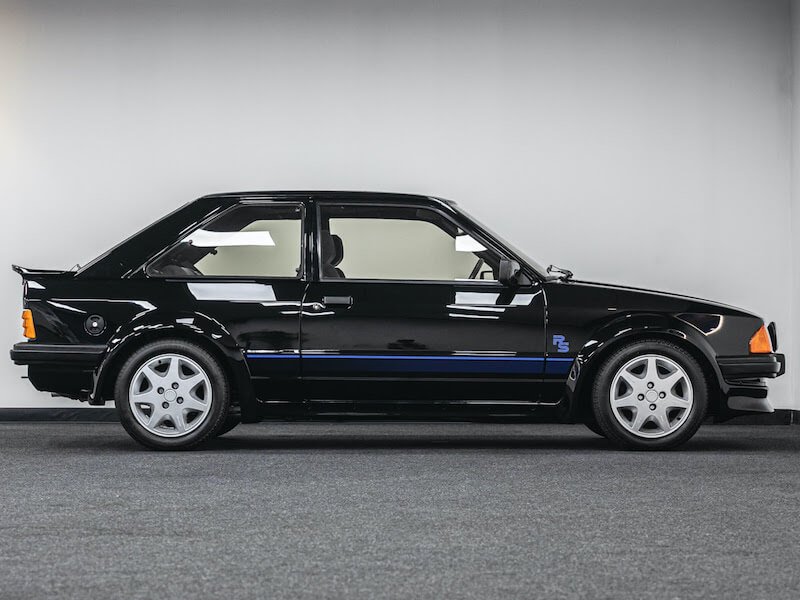 The factory’s Special Vehicle Engineering department was tasked to supply the car and fitted a regular five-slat front grille to assist in the “stealth makeover” and a secondary rear view mirror for the protection officer with radio in the glove box, the cable still visible today. Even by today’s standards the car was less than discreet on delivery with the blue RS striped decals and front fog lamps playing second fiddle to perhaps the second most famous woman on earth at the wheel.

The car is believed to be unique as the first and only black RS Turbo Series 1 as requested by S014 for discretion instead of the only-white manufactured model.

The car’s history file is incredibly detailed and copy internal memos at Ford HQ confirms the “re-plating” of the registration number, as is common with ex-Royal cars, when it was returned to Ford. Further documentation from the DVLA show the successful re-registration of the car back to “C462 FHK” in later years. Press clippings show the car was a competition prize run by Kiss FM in 1993. 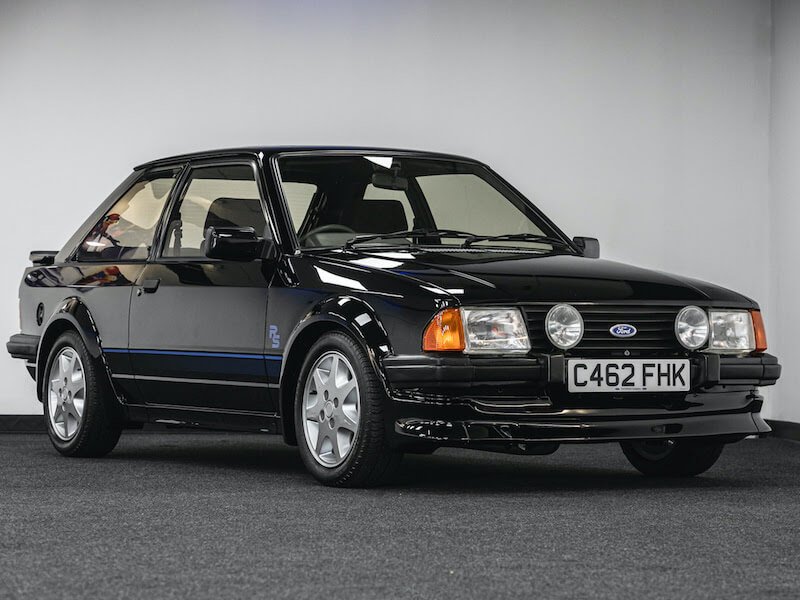 Following Princess Diana’s use of the car it was sold for £2,638.00 to Geoff King, a manager at Ford Motor Company, for his wife’s use. The car was then used as part of a promotional giveaway by Kiss FM in September 1993, and won by a Miss Jones of Essex. In 2008 the car caught the eye of the custodian of one of the best Ford RS collections in the country who purchased the car from the appropriately named Mr Windsor, who had owned the car since 1st November 1994.

Notwithstanding its very special provenance this Escort RS Turbo Series 1 is an outstanding example in its own right. The car’s exceptional condition is matched by the low mileage of just 24,961 miles and has been detailed to a nut and bolt concours standard and the history file has dozens of MOTs confirming the mileage and the car has a Lifetime Tracker fitted which can be transferred to the new owner, plus a spare key, Ford Motor Company internal memos and period registration documents.

It is interesting to note that Silverstone Auctions sold the late Princess’ 1994 Audi Cabriolet for £54,000 including premium in 2016. In June 2021 Princess Diana’s first Ford Escort was sold at auction for £52,000. With 83,000 miles was in a condition that reflect heavy, decades long, use. This black Escort RS Turbo Series 1 is incomparable in terms of condition, rarity and low mileage.