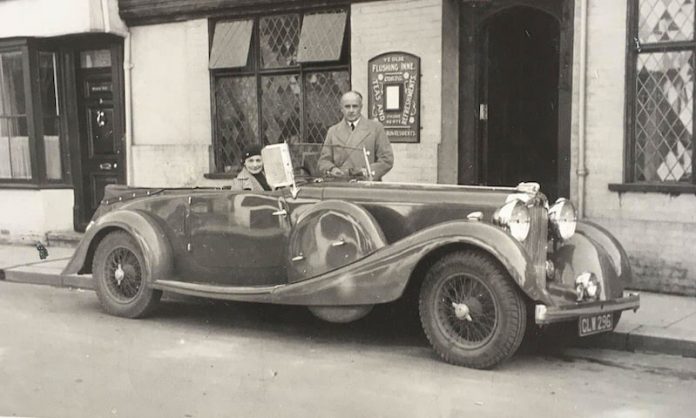 Silverstone Auctions launches an entirely new auction to the sales calendar. The Dawn of Motoring Sale will take place at The Lygon Arms on Friday 5th August.

The Dawn of Motoring Sale will feature select items of memorabilia and pre-war motor cars celebrating the earliest years of engineering development through to stunning Art Deco styling of the 1930s and 40s.

Timed to coincide with the Vintage Sports-Car Club’s Prescott Hillclimb weekend, the largest gathering of Vintage and Post Vintage Thoroughbred cars in the world. Viewing of the lots will be available on 5th August from 9am until the auction commences at 3pm. The auction will take place in the marquee in the Lygon gardens, Worcestershire.

Visitors to this Auction will find themselves surrounded by beloved survivors, cars that have been around for almost or more than a century. These are cultural artefacts engineered for tough miles challenging roads, and each one with astonishing stories to tell. These were the trailblazers of this new automotive dawn. 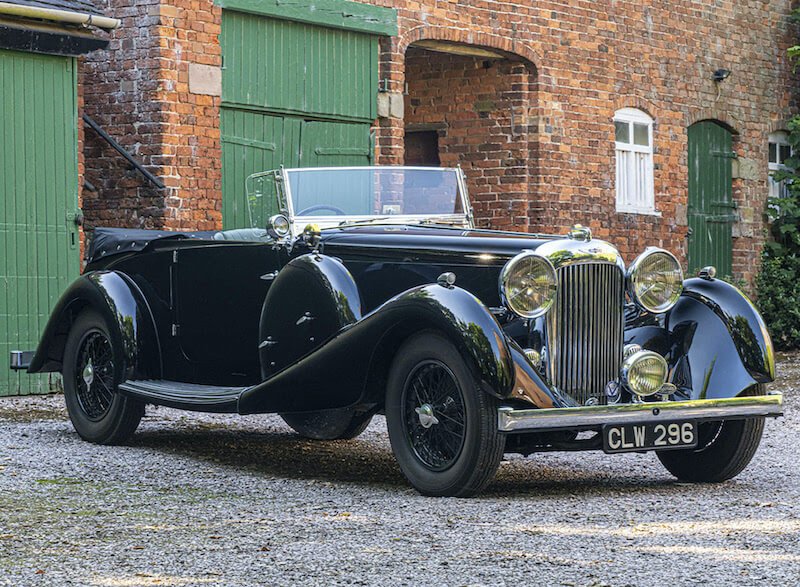 Lots on offer include a 1936 Lagonda LG45 Tourer with links to Lord Burghley who inspired a crucial scene in the film ‘Chariots of Fire’. One of only 25 LG45s bodied as a Tourer and consequently much coveted and very rarely on the market this 1936 Lagonda has a fascinating provenance.

Burghley, a crack athlete, who appreciated speed chose this Lagonda as his own chariot of fire! Having established its reputation by winning the Moscow – St Petersburg Reliability Trial of 1910 with a 30hp six, Lagonda concentrated mainly on the production of light cars before reverting to sporting and luxury models in the mid-1920s with the introduction of the 14/60.

Also offered for sale is a lovely Stutz Bearcat, an original, early Wisconsin-engined R Roadster with an interesting provenance – the last remaining 1917 Model R in existence!

Whilst little is known about the vehicle’s history in America other than a plaque from the 1951 Dearborn rally being attached to the firewall, along with a Pennsylvania special plate (S31833 PA), we do know that the vehicle was subsequently shipped to Italy later in its life, where it remained for a number of years in the care of a collector, before being imported to the UK and sold in 2010 at auction. It’s believed that it was once owned by the Du Pont family, having allegedly been a 16th birthday present for Henry Du Pont. Sadly, there is no documentation to back this up, though when sold in 2010 it was listed as “formerly the property of the Du Pont family.” 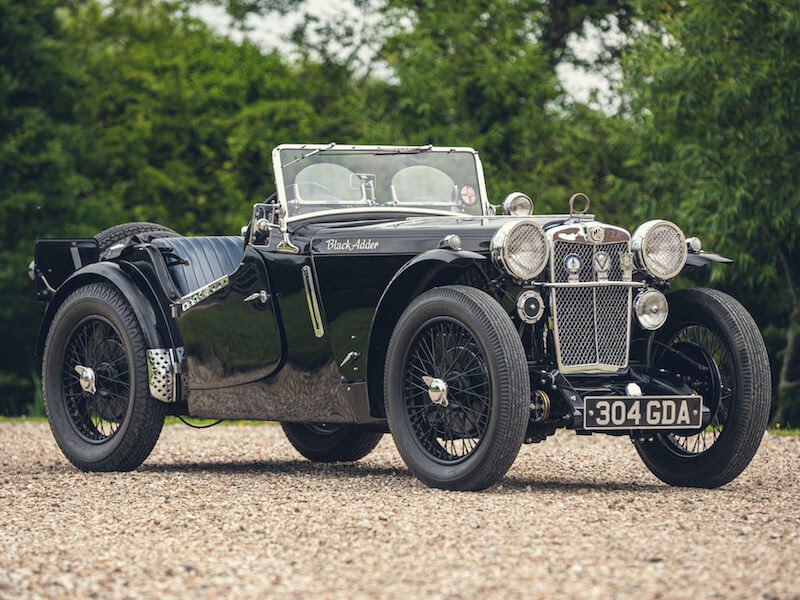 Black Adder, the ex-Brian Ditchman/Steve Dear supercharged special is a highly competitive pre-war car that enjoyed much success in MGCC and VSCC events in the 1990s and 2000s. Built to emulate the works ‘Cream Cracker’ cars, this is a seriously potent machine offered for sale with a guide price of £38,000 – £45,000.