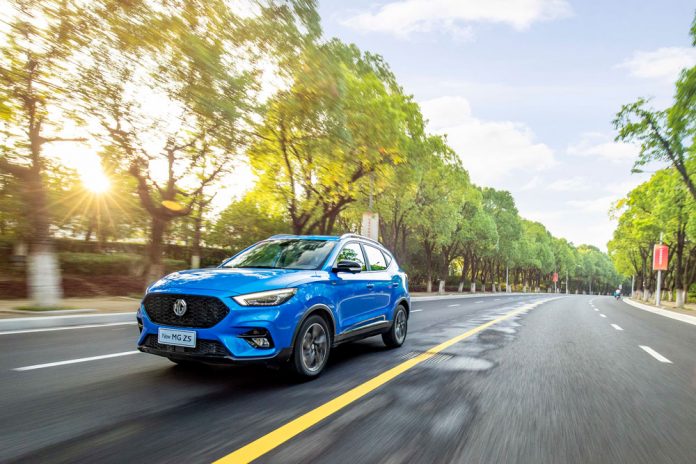 Launched back in November 2017, the MG ZS has go on to become the brand’s biggest seller, not to mention the first MG to offer a 7-year warranty. Three years on, it has been treated to a comprehensive refresh with the new model now available.

Prices for the new ZS start at £15,495 and the company has gone beyond the usual modest nip-and-tuck that tends to characterise such mid-life updates. The front end styling has been heavily reworked with a new hexagonal grille, a fresh design for the LED headlights and new fog lights on the upper of the two trim levels on offer. At the rear you’ll find a substantially re-profiled bumper with new taillights and more use of colour-coding and aluminium garnishes.  A range of new colours and 17-inch alloy wheel designs complete the external update. Two trim levels are offered – the Excite which boasts an impressively comprehensive level of standard kit, and the Exclusive. The latter costs from £17,795 and adds to the equipment tally with the likes of blind spot monitoring, a 360-degree rear-facing camera, satellite navigation and heated seats with electric adjustment for the driver.

All models get power folding door mirrors and a 10.1-inch touchscreen for the infotainment system which features DAB radio, Bluetooth streaming and Apple CarPlay and Android Auto compatibility as standard. MG say that interior materials are now softer while a series of piano key buttons beneath the touchscreen allow quicker access to some functions, including the air-conditioning. There’s little change under the bonnet, though, the ZS powered by the familiar 1.5-litre four-cylinder engine with 104bhp and a modest 141Nm of torque. It’s neither the quickest nor most efficient model in its class – 0-62mph takes 10.9 seconds and MG claims 41.4mpg and 155g/km CO2 emissions. A 5-speed manual is the only transmission for now, with an automatic arriving later in the year. Meanwhile, the ZS remains one of the more practical cars in its segment. MG claim that rear shoulder and headroom are better than the class average, while the 448-litre boot space is reckoned to be some 60 litres bigger than typical rivals. Together with attractive pricing and generous equipment levels the new ZS might just prove more tempting than its predecessor.