After years of driving classic Mustangs, Mike gives his opinion on the electric version.

Wheeler Dealers Mike Brewer gets behind the wheel of the Ford Mustang Mach-e electric SUV.

Having spent the past six years living in the USA, I’ve seen and owned plenty of Ford Mustangs. Just the word conjures up thoughts of muscle car styling, a V8 burble and bad shirts. I know I was one of them! I love the Mustang, the 60’s pony car styling is what captivated me enough to even call my dog ‘Shelby’. 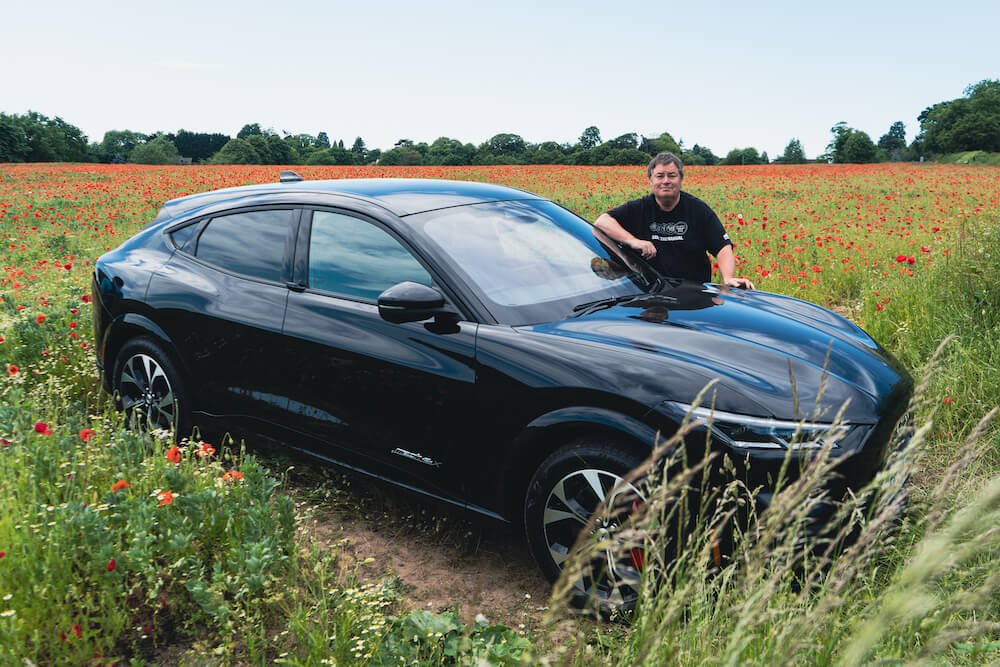 Taking on the job of drawing a modern Mustang that would satisfy the purist would always be difficult, but I think it’s fair to say that Ford have nailed it with the latest coupé. The lines are sharp but retro enough to get the older and your buyer reaching for their wallets.

But when Ford announced a SUV called the Mustang powered by batteries, the diehard’s were pouring petrol over their shirts and screaming foul.

However, Ford may have been onto something! The inevitable march towards electrification of cars won’t be going away and Ford has to embrace the new breed or loose out. What better way to grab those tech hungry buyers and satisfy the grey pound than come up with something that would shake the market like the old V8 used to do.

I’ve been living with the Mustang Mach-E for a few days, and on first impression I thought it looked like a handsome car that echoes the coupe and proportionately is bang on. Its large, no bad thing as it gives plenty of space both up front and in the rear of the cabin, the boot is ample enough as well with split folding seats. Very practical.

Charging is a breeze. I have a home charger for my Porsche Taycan already. Once I’ve drained the battery, its a simple plug in and over night I’ve gained around 350 miles of range. They do offer various models starting at just over £41,000, each offering standard or extended range batteries with usable capacities of 68kWh and 88kWh.

It is great to drive, a brisk punch in the tummy gets to 60mph in under six seconds and it keeps pulling. The only thing missing is that muscle car soundtrack. Handling is sweet for such a heavy SUV. It is hardly noticeable that you are humping around all that tech. 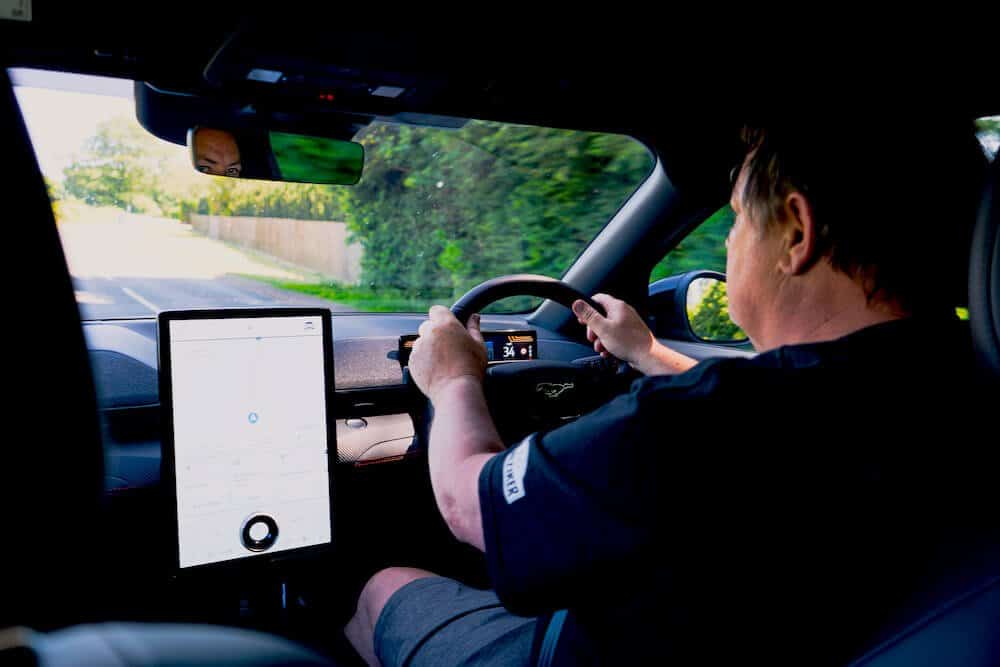 Talking of which, the dash is taken over by a portrait screen that’ll put my home cinema to shame, clear and bright with great connectivity and Fords Sync system.

In all, I like this car. If we have to go down this route of plug in cars then the Mustang Mach-E is in a great position to grab those adopters…