Bikes with links to Morecambe and Wise and Quadrophenia among the highlights. 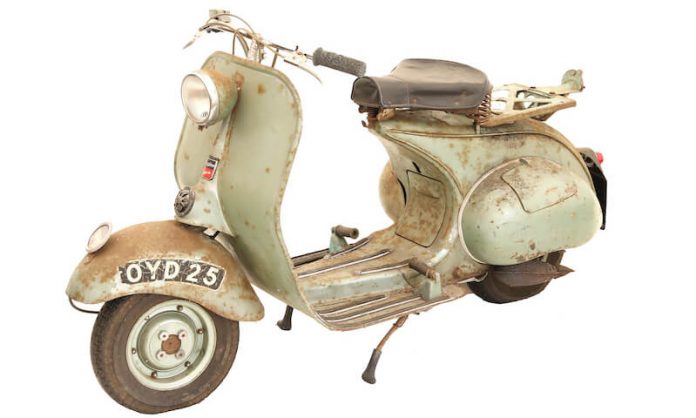 Morecambe and Wise rode them, and one appeared in the Mods and Rockers film Quadrophenia. Now Ewbank’s will auction the collection of Bill Drake, one of the leading authorities on Vespa scooters, on March 22.

A collector, fount of knowledge and leading light of the Veteran Vespa Club and Vespa Club of Great Britain, Bill was also a leading source for rare and elusive spare parts, many of which will appear in the sale. 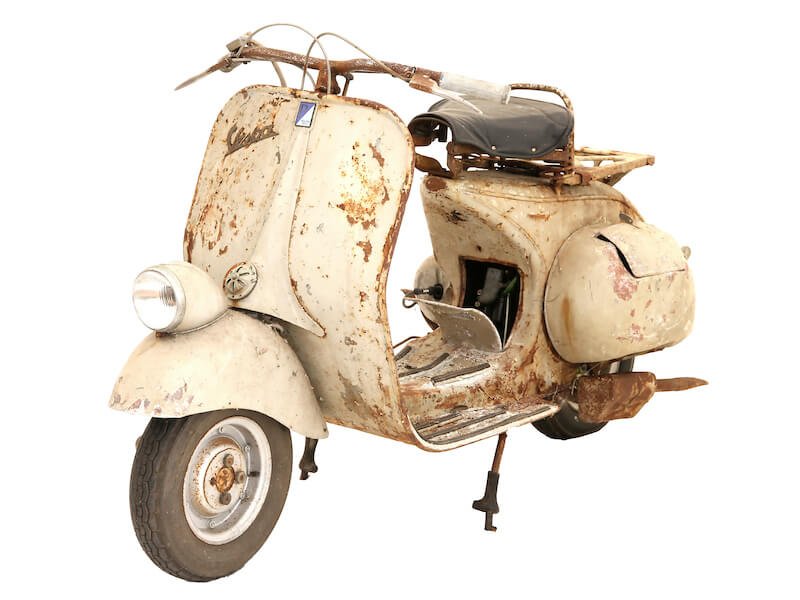 Two of the others have noted showbiz links. The first is a 1953 Douglas Rod 125cc used by Morecambe and Wise in an event at the Bristol Hippodrome in 1963, where they were both appearing pantomime. While there, the comedy duo visited the Douglas works where the two rod models were being prepped for the veteran Vespa rally. A photograph that appears in Eric Brockway’s book Vespa: An Illustrated Story, shows Brockway, then the managing director of Douglas, sitting behind Eric Morecambe on the scooter giggling away. The following year the bike was ridden in the first ever Veteran Vespa Club run from London to Brighton. The estimate here is £5,000-8,000. 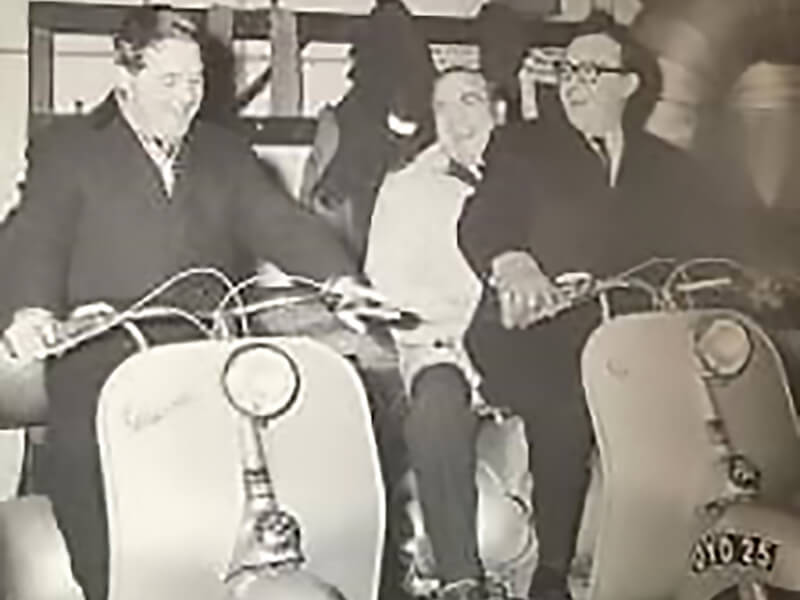 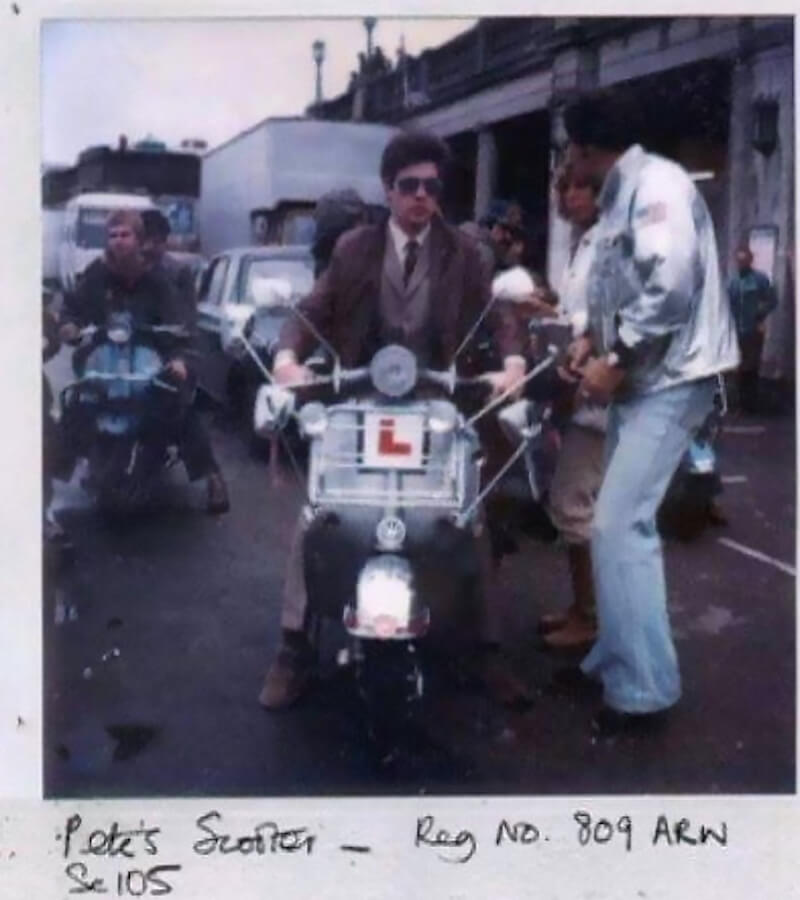 Of equal interest to enthusiasts will be a wealth of spare parts spread across dozens of lots, from bodywork panels to fly wheels and filter housings, as well as large caches of magazines and books, and an impressive selection of flags, banners and badges. 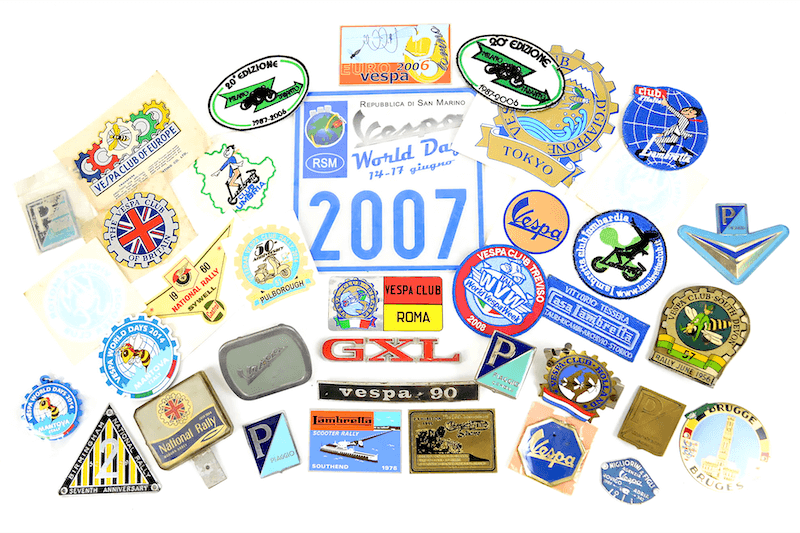 Ewbank’s specialist Chandler Yorke-Edgell says: “There can be few in the Vespa world who are unaware of Bill and the incredible contribution that he made to both the Veteran Vespa Club and Vespa Club of Great Britain”

“Following his passing in early 2021 it was inevitable that his collection would be offered for sale. The auction, which will take place at Ewbank’s Woking premises, is probably the most important collection of machines and memorabilia to be offered since that of the late Mike Karslake. For fans, this is a unique opportunity to acquire early bikes in original state for a dream restoration project.” 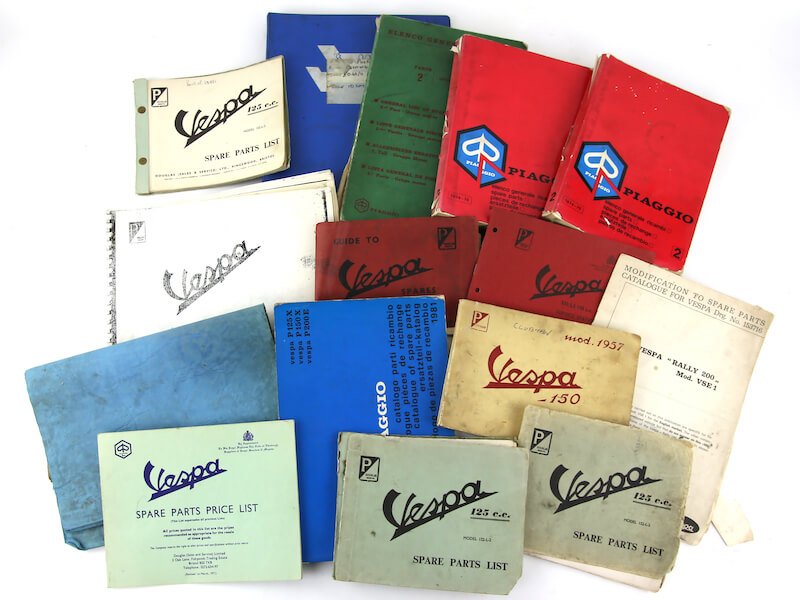 “Vespa and Lambretta are both catered for in the sale,” says Chandler. “Mudguards, spring arms and clutch covers may not be the most visually thrilling items to promote for a sale, but for true fans looking for the genuine vintage item, this catalogue is worth its weight in gold. It’s a testament to the importance of Bill Drake in this field that his legacy includes being able to help so many other enthusiasts in the most practical way.”

Viewing will be online and live at Ewbank’s from Saturday 19th March. Bidding will be offered both in person at the saleroom and live online.

‘Mini Madness’ at the British Motor Museum this Easter holiday!