Customers get their hands on Ford’s latest pick-up 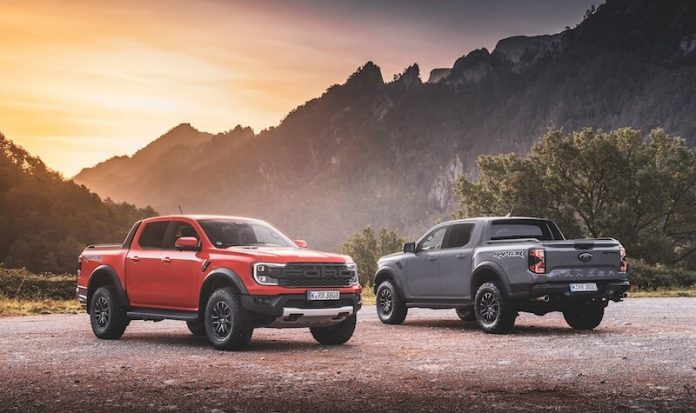 Some pick-up trucks are louder and tougher than others, and the new Ford Ranger Raptor is both of those things.

If the standard Ranger pick-up truck isn’t quite extrovert or powerful enough for you then this flagship Raptor model should tick those particular boxes. Priced from £57,340 customer deliveries are just about to start. 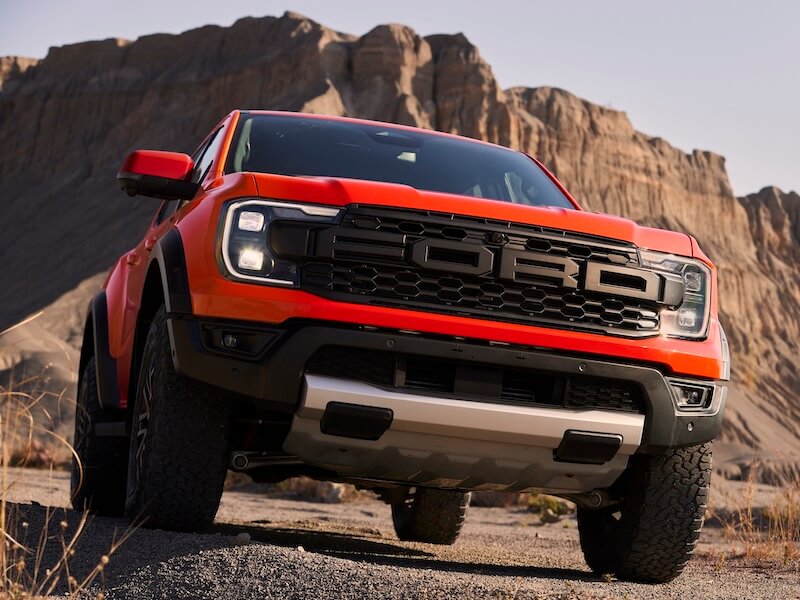 The styling is certainly muscular, with the beefy wheel-arches filled by 17-inch alloy wheels shod with unique rubber. Matrix LED headlights complete the look, while beneath the bodywork sits a heavily-strengthened chassis and hefty underbody protection that includes a front bash plate made from 2.3mm-thick steel.

Power comes from Ford’s 3.0-litre EcoBoost V6 engine that produces 288bhp and 491Nm of torque, and there’s a 10-speed automatic transmission and sophisticated electronically-controlled four-wheel drive system. Also new for the Raptor is an active exhaust system with four individual sound modes – Quiet, Normal, Sport and Baja. The latter gives maximum volume and is only recommended for use off-road, so you can assume it will prove a bit anti-social on your local high street…

That V6 provides the new pick-up with a 0-62mph time of 7.9 seconds, but for those after something more frugal a 2.0-litre bi-turbo diesel option will arrive early next year. Elsewhere, Ford has also uprated the suspension compared to other Rangers, the Raptor getting adaptive ‘Live Valve’ dampers from US-based specialists, Fox, along with a system that firms things up at maximum attack to prevent the heavy truck from bottoming out. “The suspension adapts in real-time to enable exceptional on-road body control while absorbing corrugations and bigger ruts off-road with ease, ensuring maximum control and performance,” Burn says. 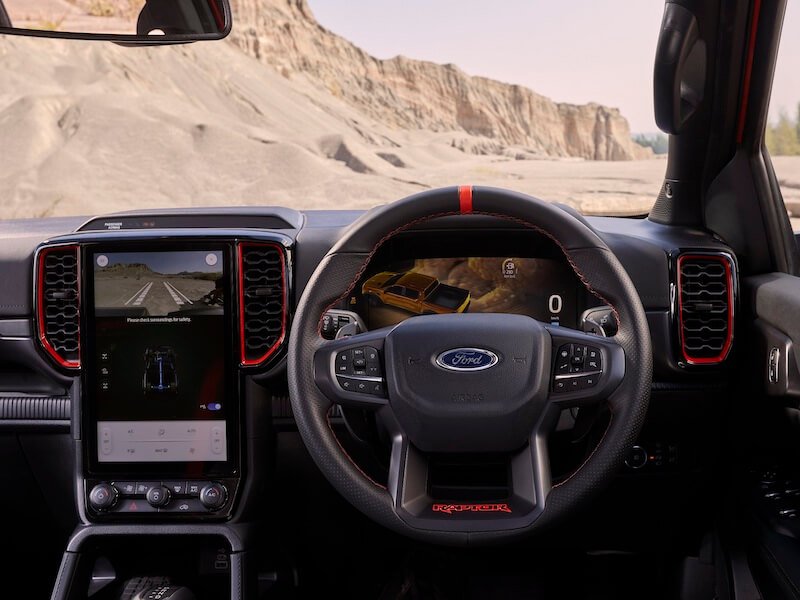 Seven selectable drive modes complete the package, three of them for on-road driving (Normal, Sport and Slippery), and four for tackling the rough stuff (Rock crawl, Sand, Mud/ruts and Baja). Suffice to say things are going to have to get pretty extreme before you get stuck.

So off-road ability is impressive but comfort hasn’t been forgotten and the Raptor comes with plenty of kit. There’s a 12.4-inch digital instrument cluster and a 12-inch touchscreen to control the updated SYNC4A infotainment system, while a 10-speaker B&O audio system is standard.

A price tag approaching £60k means the Raptor isn’t a cheap option, but if you want to stand out from the crowd then we are pretty sure this will fit the bill.