Auto NewsINEOS Grenadier to cost from £49,000

INEOS has announced prices for the Grenadier 4x4. 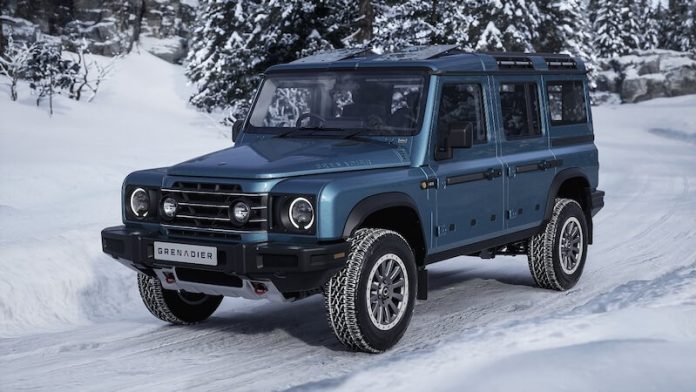 Named after a London pub, it’s been a couple of years since the Grenadier 4×4 was revealed and now we know how much it’s going to cost. Tempted?

INEOS has announced prices for its eagerly-awaited Grenadier 4×4 and they start from £49,000. That’s for the two-seat Utility Wagon, with the five-seat Station Wagon costing from £52,000. Order books open on 18 May, the day on which the online configurator and customer contact centre also go live.

Also available at launch and priced from £59,000 are Trialmaster and Fieldmaster editions which the company say are inspired by the products of outdoor clothing company, Belstaff.  The Trialmaster features the Rough Pack which brings the likes of front and rear differential locks, BF Goodrich All-Terrain tyres, a raised air intake and an auxiliary battery. The more road-biased Fieldmaster is equipped with a rear-view camera, puddle lamps, additional USB outlets and heated leather seats. 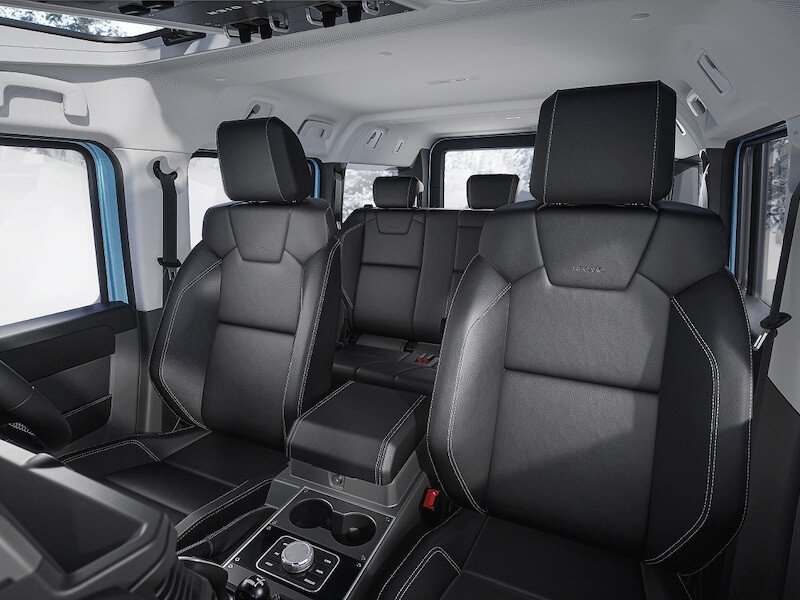 The Grenadier is the brainchild of INEOS founder, Jim Ratcliffe, and promises to combine excellent off-road capability with a simpler approach to ownership. Vehicles can be purchased from INEOS itself or from a number of retailers, the latter also providing maintenance and repair operations alongside selected specialists.

The company has said that it aims “for most customers to always be within 45 minutes of an authorised service point.” A UK-based contact centre will also be on hand to provide support to customers during the buying process and ownership, and for those that want to undertake their own maintenance INEOS are providing 3D interactive manuals and technical support. 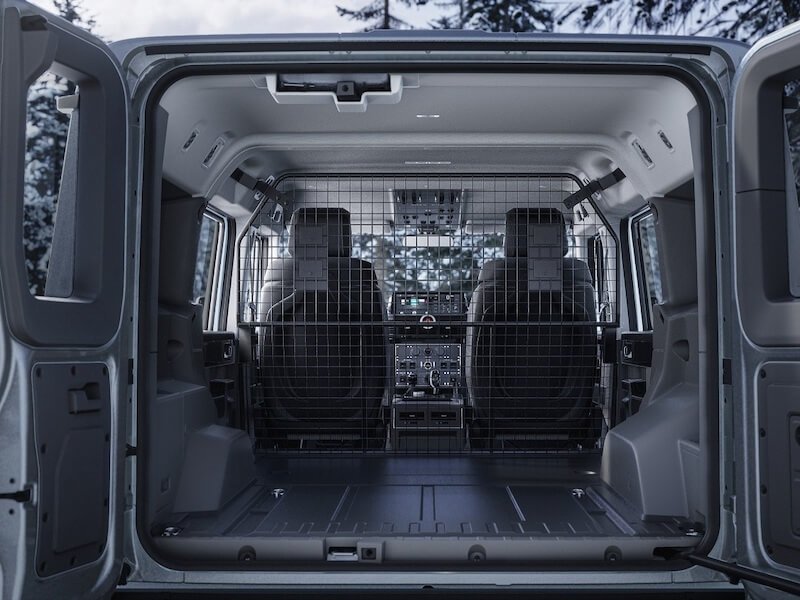 The 4×4 uses a box-section ladder frame chassis topped by galvanised steel bodywork, while power is provided by a choice of two BMW-sourced engines. Both are 3.0-litre straight sixes with the petrol unit making 282bhp and 450Nm of torque and claiming a 0-62mph time of 8.6 seconds. The twin-turbocharged diesel makes 245bhp and 550Nm and achieves the same benchmark sprint in a claimed 9.9 seconds. Claimed fuel economy is 18.5-21.4mpg and 23.9-27.4mpg for the petrol and diesel respectively. 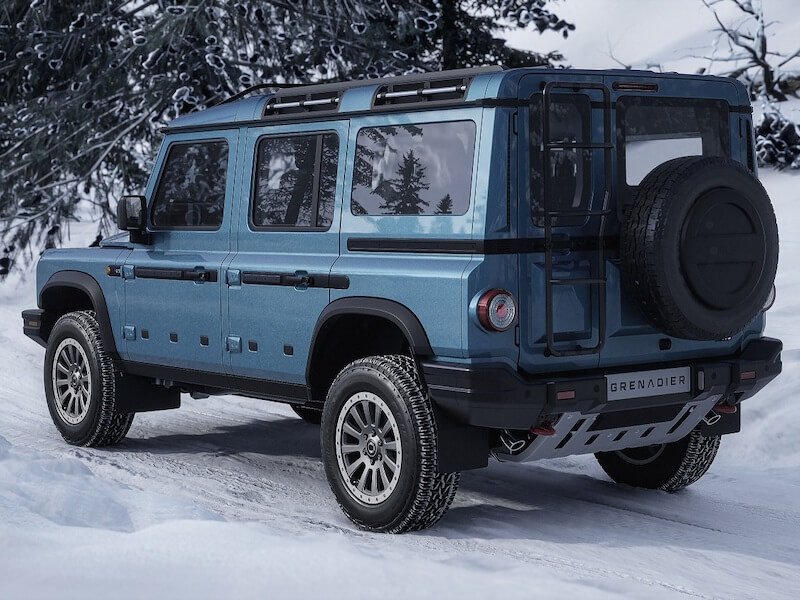 Both versions send drive to all four wheels via a ZF 8-speed automatic gearbox, while a two-speed transfer case and lockable centre differential enhance off-road ability. Electronically-activated front and rear differential locks are optional. Suspension is via a coil-sprung five-link arrangement while the braking system comes from Brembo.

Inside, the Grenadier has been designed with practicality in mind. Interior drain valves allow the floor to be hosed-down without risk of damage to interior trim, while switchgear and electronics have been protected from the occasional splash of water. Meanwhile, the large buttons and controls have been designed to be operated while wearing gloves. A 12.3-inch touchscreen is fitted as standard, and features DAB radio and Android Auto and Apple CarPlay connectivity. 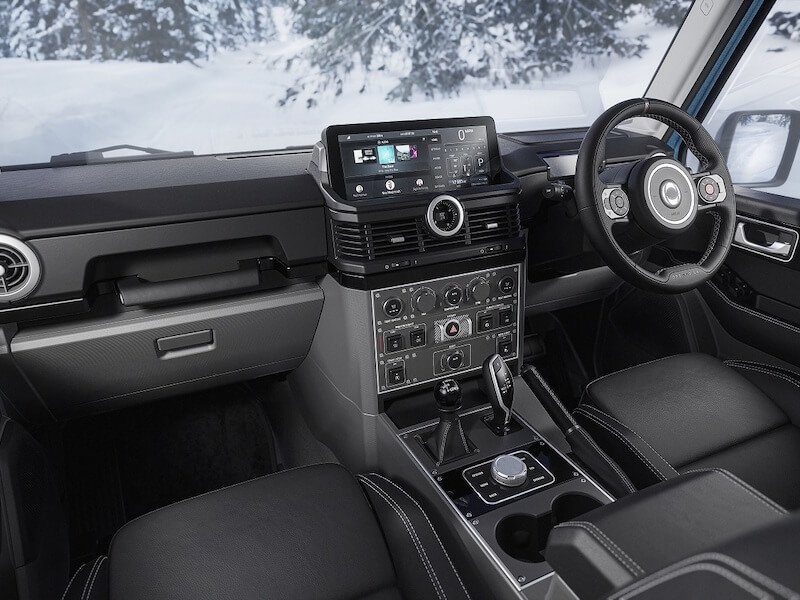 Given its intended role as a workhorse, the Grenadier should be capable of most tasks an owner can throw at it. All versions have a 3.5-tonne braked towing capacity and boast 264mm of ground clearance and an 800mm wading depth. Interior load space amounts to more than 2000 litres, and if further versatility is needed buyers can choose from an extensive range of options such as roof racks, ladders and a winch.

Using the online configurator potential buyers will also find a finance calculator and the option to have a part-exchange vehicle valued through a partnership with Auto Trader.