Vauxhall unveils the eighth-generation of its big-selling Astra

It’s been more than forty years since the Vauxhall Astra first appeared, and the latest generation of the family-favourite features a bold new look.

Vauxhall has revealed its new Astra, the eighth generation of the popular model, and judging from the pictures its claim of a bold design look to be justified. And it’s not just the looks that that are new, the latest Astra being offered with a plug-in hybrid powertrain for the first time in the model’s history. 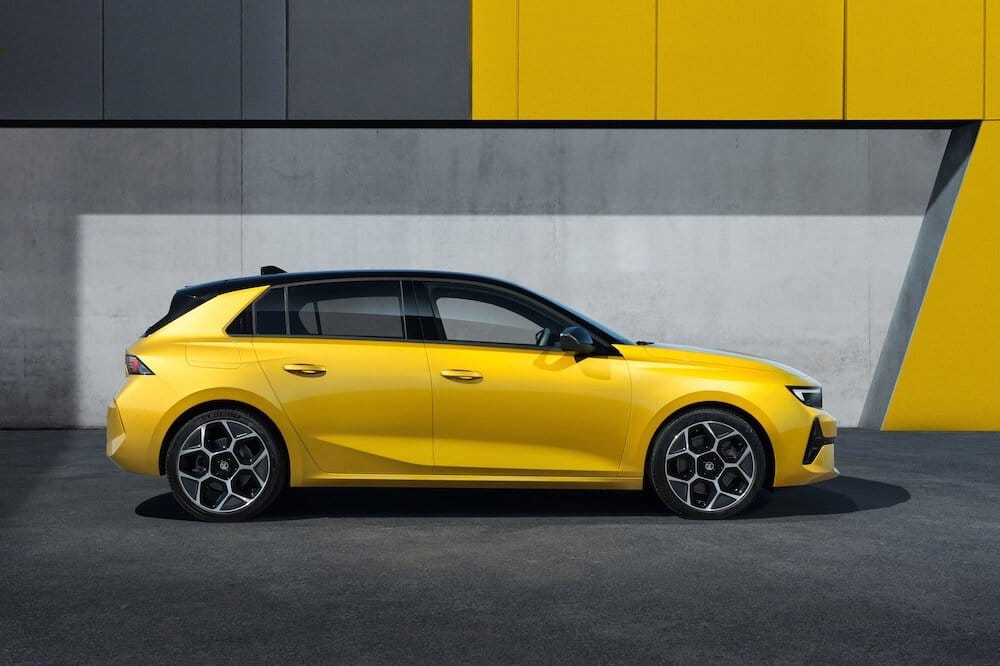 The company say that the new look has “sheer, taut surfaces, detoxed of superfluous elements” but hyperbole aside it’s certainly a great deal sharper than the outgoing car, with a key styling highlight being the adoption of the Vauxhall Vizor front end. A two-tone paint finish will be offered, too, while ultra-slim Intelli-Lux LED headlights add to the high-tech appearance.

Launched as a five-door hatchback, the new model is just 4mm longer than before at 4374mm, is 1860mm wide, and has a wheelbase that’s grown by 13mm to 2675mm. It means that the cabin boasts more passenger space than before, along with 422 litres of luggage space with the rear seats in place. An adjustable boot floor should boost versatility. 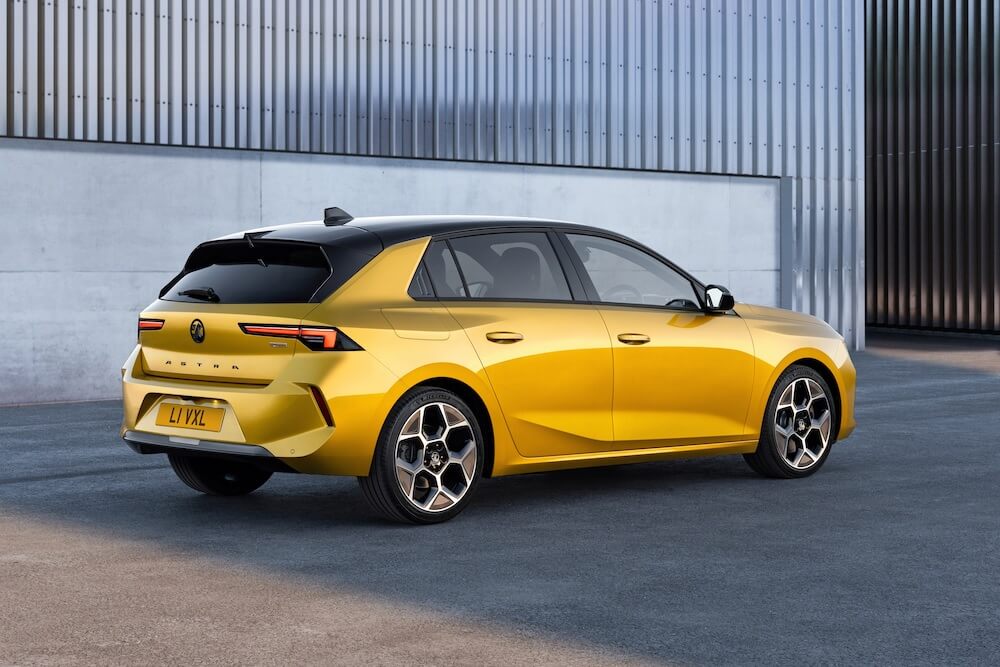 Details of the various engines have yet to be released but we do know that a range of petrol and diesel units will be offered, with power outputs ranging from 108bhp to 128bhp. Up to 221bhp is claimed to be available if you opt for a PHEV model which will drive through an 8-speed automatic transmission. The self-shifter will also be paired with more powerful petrol and diesel engines, with a 6-speed manual gearbox fitted as standard lower down the range.  Suspension is via Macpherson struts at the front and a torsion beam arrangement at the back.

The latest Astra sits on the third-generation of the EMP2 platform and it’s claimed that torsional rigidity is improved by 14% compared to the seventh-generation model. The stiffer chassis should certainly bring improvements to the handling, while the bang-up-to-date architecture allows Vauxhall to offer the very latest in driver assistance systems. These include adaptive cruise control, long-range blind spot detection, rear cross traffic alert, active lane positioning, and an Intelli-Vision 360-degree camera for easier parking.

Buyers will certainly notice the difference on the inside, where the conventional layout of its predecessor has been replaced by what Vauxhall calls its Pure Panel digital cockpit. It consists of a pair of extra-wide 10-inch displays, one housing the instruments and the other controlling the functions of the infotainment system. Featuring sharp graphics and with both touchscreen and voice-recognition control, Apple CarPlay and Android Auto compatibility is fitted as standard while – and this is a good thing in our book – Vauxhall has chosen to retain physical switchgear for key functions including the climate control system. The ergonomically-designed seats are reckoned to be best-in-class and will be available with leather or Alcantara trim, as well as offering various heating, ventilation and massage functions.

Paul Willcox, Vauxhall’s Managing Director said: “The All-New Astra arrives with sensational design and class-leading levels of technology. With the choice of an electrified powertrain, the All-New Astra has been developed with utmost precision, down to the smallest detail. We are confident the next generation Astra has all it takes to become another best seller and continue to attract new customers to the brand.” 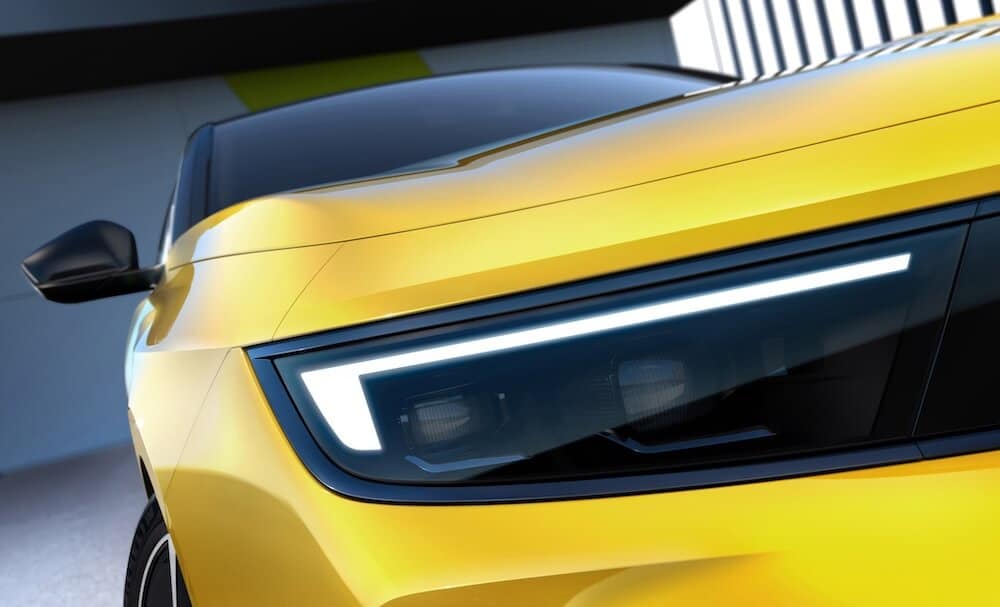 Order books open this autumn with first deliveries expected early next year, and we can look forward to more detail on the specification and prices over the coming months.