Mercedes Benz has launched the latest generation of its S-Class luxury limousine, and it is packed with more technology than ever. Code-named the W223, the new model brings fresh styling, heavily revised powertrains and an even greater focus on safety and connectivity.

For the outside there’s smoother styling with notable changes to the looks at the front and rear, not least when the optional digital lighting is fitted. Each headlight unit contains 1.3 million micro mirrors, allowing for incredibly precise control of light distribution. 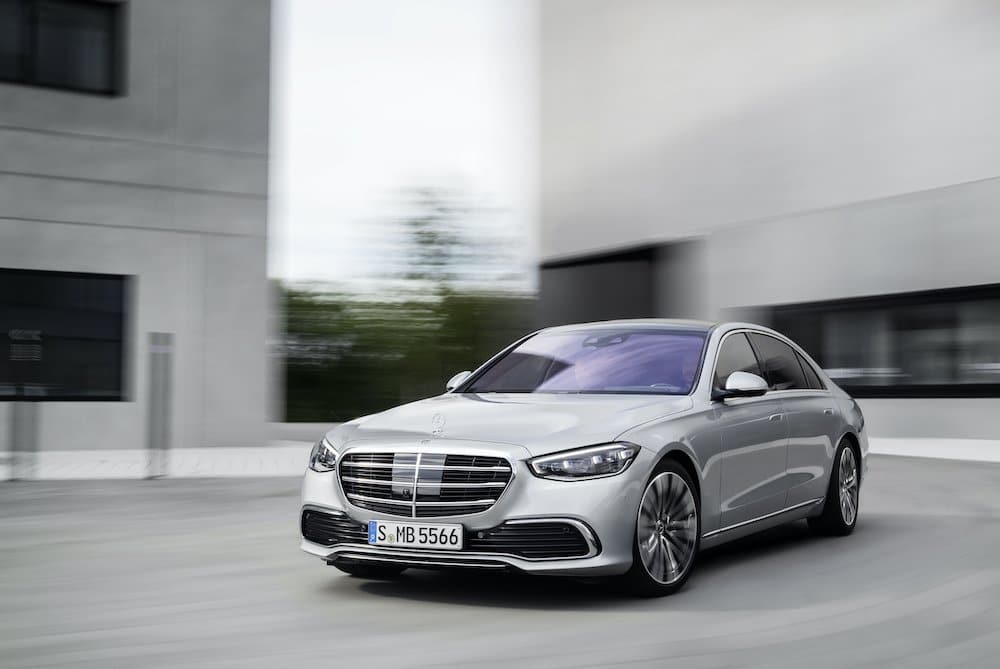 The body itself is constructed from a mix of aluminium and steel, and is claimed to weight up to 60kg less than the current structure. An improved drag coefficient of Cd 0.22 is also very impressive for such a large car.

Available in both short and long-wheelbase forms, cars destined for the UK will be fitted with flush-fitting door handles that pop out when needed while a modest increase in length and width benefits rear cabin space. The boot can hold 20 litres more, too, at 550 litres.

Three engines will initially be offered in the UK, which comprise S350d and S400d diesels along with the S500 petrol with 4Matic four-wheel drive as standard. Those first two feature a turbocharged 2.9-litre engine producing 282bhp and 325bhp, while the S500’s 3.0-litre turbocharged unit manages 429bhp. A nine-speed automatic transmission is standard for all models. 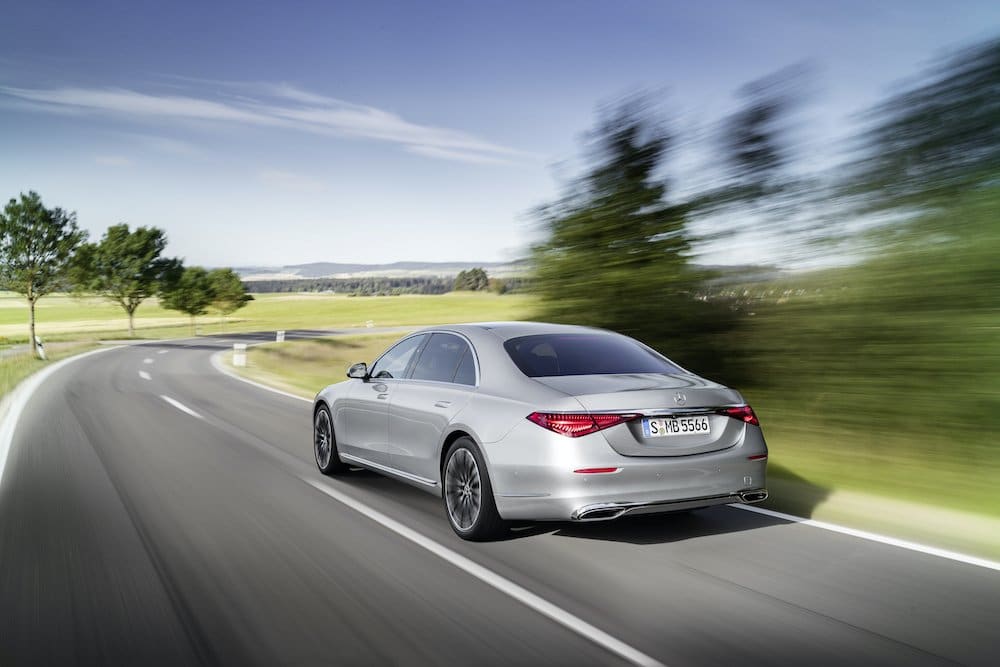 Airmatic air suspension is fitted as standard, while optional for some markets (although not the UK it seems) is E-Active Body Control that includes an ‘Impulse Side’ function that can raise the body by 80mm if an imminent side impact is detected. Two types of rear-wheel steering are also available, although it’s not yet clear if they too will be fitted to UK market models.

As for the cabin, the company says the interior has evolved into a ‘third place’ – a refuge between home and workplace – and it’s certainly very luxurious as well as offering a variety of rear seat layouts. It also features a greater proportion of recycled materials, including carpets made from ECONYL which uses waste nylon materials such as old fishing nets. Safety is improved, too, with frontal airbags for rear seat passengers fitted for the first time. 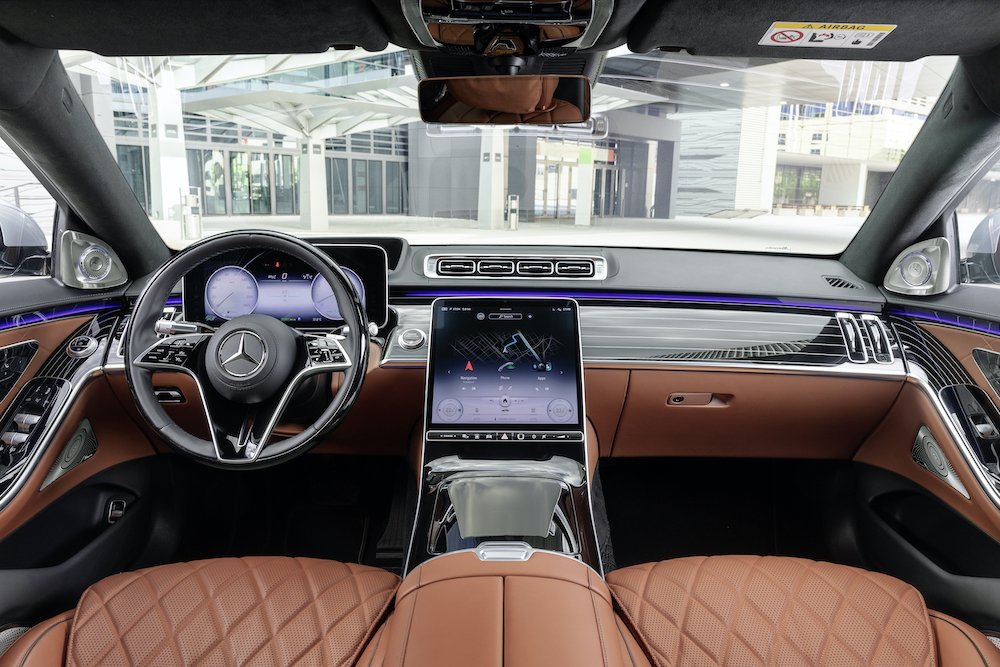 Buyers certainly won’t fail to notice the new dashboard layout, either. Alongside a 12.3-inch digital instrument display the fascia is dominated by an 11.9-inch, portrait-orientated screen that controls a vast range of functions and allows for a notable reduction in the number of physical buttons. The new S-Class also utilises a substantially updated version of Mercedes’ MBUX operating system, which among other things allows the use of ‘Hey Mercedes’ voice control which supports 27 different languages. A ‘Drive Pilot’ system allowing Level 3 autonomy is expected to arrive next year.

First deliveries are expected in December, while other model variants and a greater range of engines are likely to become available throughout 2021. 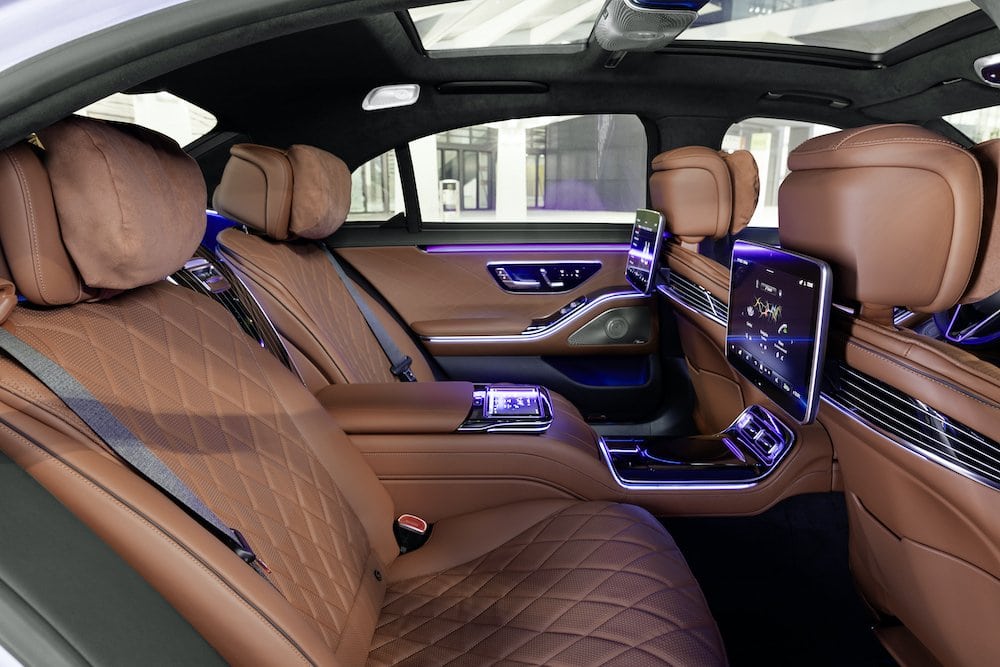