Mike and his family head to the Cornish coast

Mike Brewer test drives the new Volkswagen California campervan as he takes Mrs B and daughter to the Cornish coast.

On a rare weekend off from filming, Wheeler Dealer Mike Brewer puts the Volkswagen California campervan through its paces on a jaunt down to Cornwall with his family. Mike gives his thoughts…

With me and Mrs B having spent the past six years on the coast in California, being next to the beach and listening to the ocean waves at night became our normal. Back here in the UK, we are land locked in beautiful Warwickshire with no beach, no sea, no sound.

The lure to get back to the water is strong, but with the world upside down, trying to find a hotel, a B&B or a mate to crash with is difficult. Summer may be late this year in the UK but its here and people are quite rightly flooding to the coast.

What if you could take a hotel with you? I’ve often looked at the caravan and campervan market and I’ll be honest, have thought that’s not for me.

However, this year’s sales are through the roof and our motorways are packed with families escaping the cities and dragging their hotel on wheels behind them. So an invite to sample some Cornish ale with a friend had me thinking… We could do that! 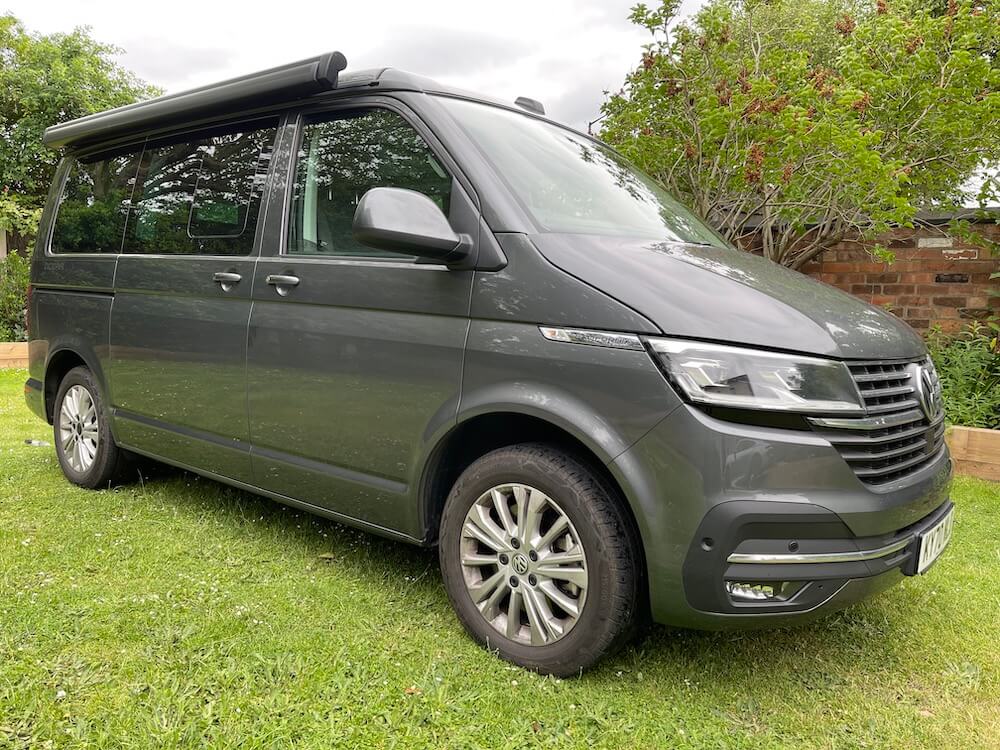 Volkswagen has the appropriately named California Ocean, a five star hotel on wheels, based on the cameramen’s favourite vehicle of choice the T6.

As a van its perfect with its 2.0 TDi 199PS 7 Speed DSG gearbox, enough grunt and power to haul a ton of bricks in the back, stylish and with a sharp road presence, there’s something about a VW van that has me tinged with slight jealousy every time I see one. But throw a two bed apartment with a fully functioning kitchenette on board and you have the ultimate getaway vehicle. 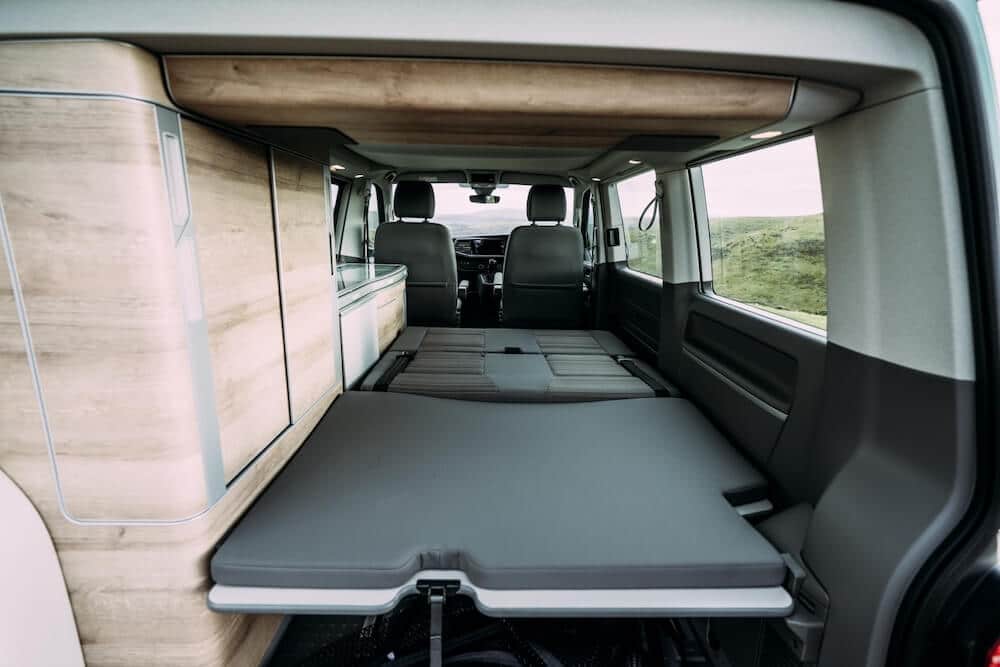 The optional electric side loading sliding door opens to reveal plenty of space with a rear bench rock and roll seat, that quickly folds down to a double bed. Underneath in the pull out draw are all the gubbings for electrical hook up and all the stuff for your inner camper to explore.

Across the back wall is a sink, a burner and a deep refrigerator, a range of cupboards for plates and cutlery, and down the back is a wardrobe and more space for nick nacks. 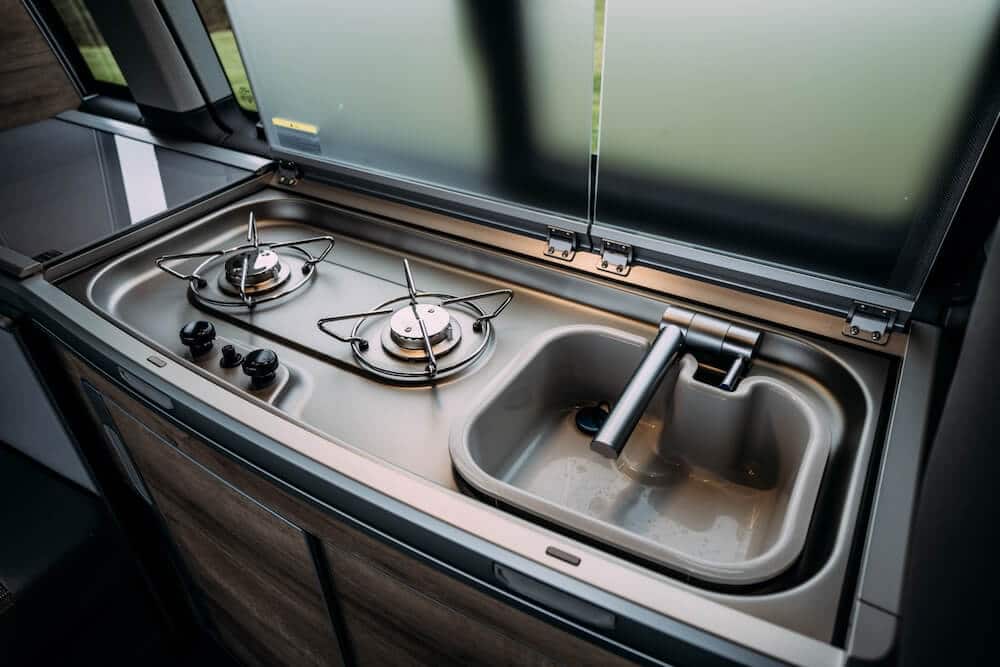 VW has used as much space as possible without ever feeling its cramped inside. Once parked up, there’s a side awning that rolls out and zipped in the rear door are two comfy camping chairs and you’ll even find a table inside.

Once its time for a nap, you can choose between the ground floor apartment or, with the flick of a button, choose the first floor penthouse with zips that open to the outside world so you can snore amongst the stars. 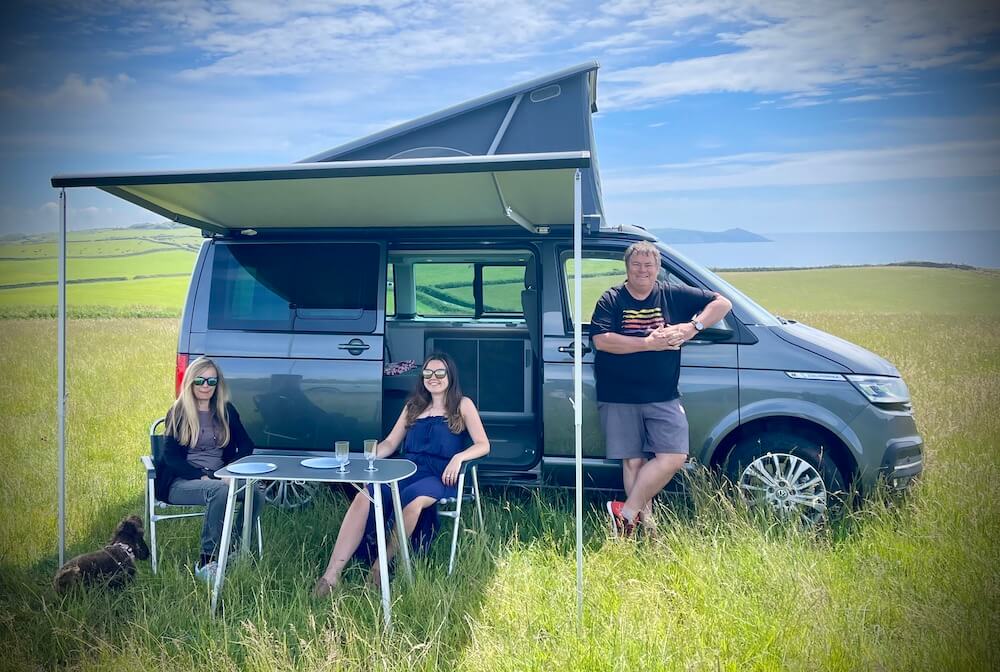 As a family, we loved the fact that we could just pull up, pop everything open in minutes and chill out sucking in the ocean air.

On the road, it has a silky smooth ride with a lovely driving position. It connected to my phone and we listened to some sounds as the radar cruise control whisked us to Cornwall.

Priced from £58,000, they aren’t cheap, but their residual values are immense and the secondhand market is strong for older campers.

For now, it’s the perfect vehicle to escape the news and go explore what Britain has to offer, we’ll be doing it again soon. Oh and the Cornish Ale you ask? Amazing!