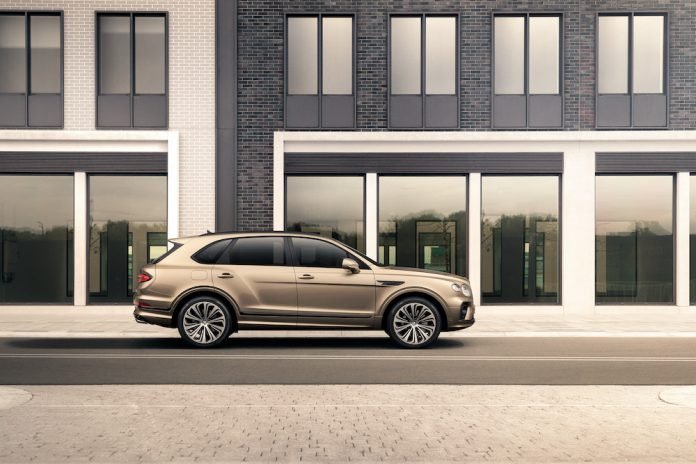 It’s been a difficult time for the motor industry, but that’s not stopped a raft of new cars landing in the UK during the first half of 2021, with a number of new electric options.

There’s plenty to look forward to throughout this year in terms of new vehicles on the road, but here’s our pick of the new cars that will be here by June…

Bentley Bentayga PHEV
Bentley will be launching two PHEVs this year, and this is the first of them. The luxury SUV has been refreshed inside and out, but the main news is the adoption of a plug-in hybrid powertrain that combines a 443bhp twin-turbocharged V6 engine with a 126bhp E Motor.  Equipped with a 17.3kWh battery the electric-only range should be around 30 miles, while selectable drive modes help maximise efficiency. 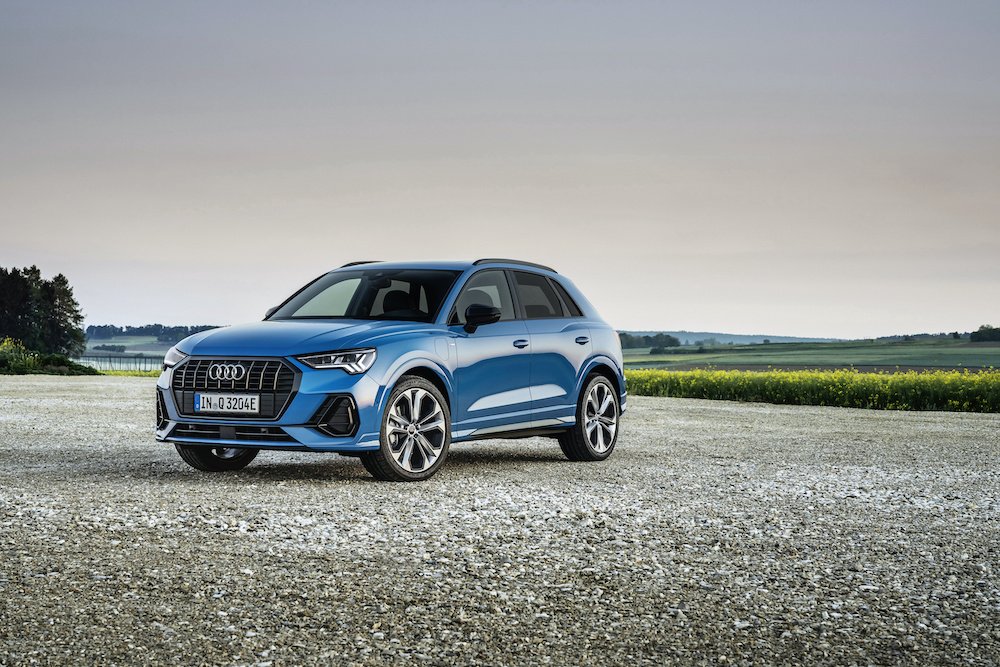 Audi Q3 TFSI e
Available in conventional SUV or Sportback forms, the Q3 now offers a plug-in hybrid option that pairs a 148bhp 1.4 TFSI petrol engine with an 85kW motor. The result is a total output of 242bhp and a 31-mile electric range, with recharging of the 13kWh battery taking less than four hours from a domestic supply. Build quality is top notch while trim levels range from Technik to fully-loaded Vorsprung. 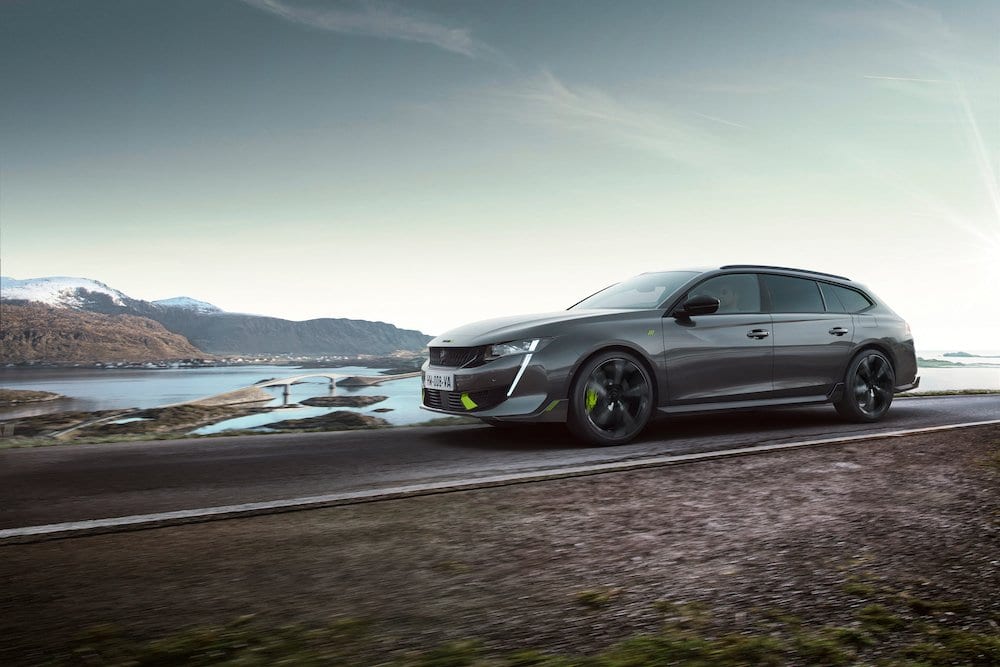 Peugeot 508 PSE
Not only is this the first model to receive the new ‘Peugeot Sport Engineered’ badge, but it’s also the most powerful production car they’ve ever made. Available in fastback or SW estate forms, there’s 355bhp thanks to a petrol engine and pair of electric motors, with drive going to all four wheels. Capable of 155mph and 0-62mph in 5.2 seconds there’s uprated suspension and brakes and a lower driving position. 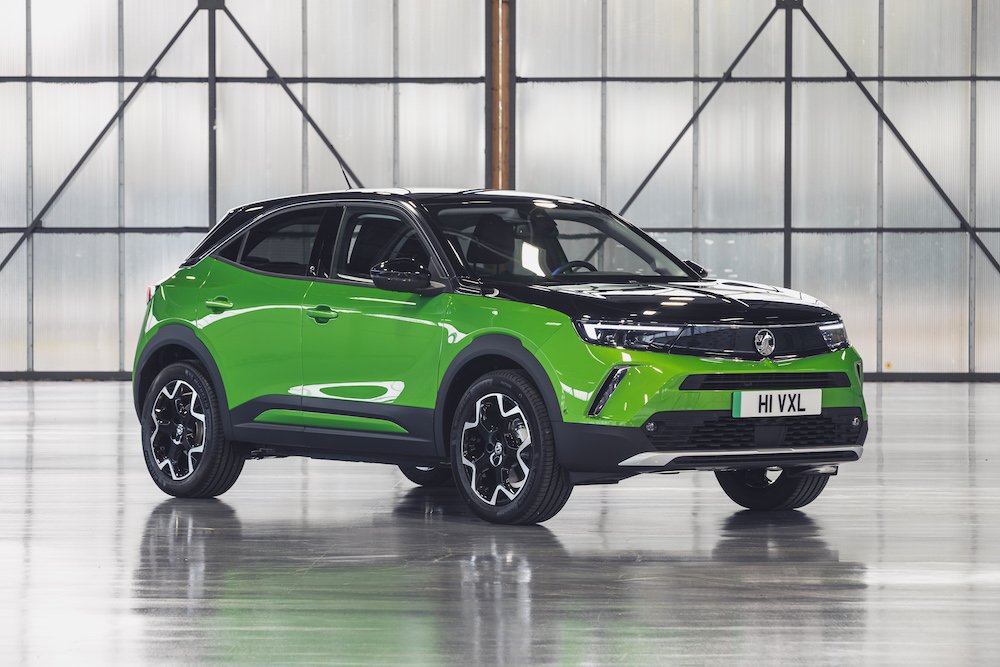 Vauxhall Mokka-e
The Mokka has been a big seller for Vauxhall, but the latest version boasts a bold new look thanks to the ‘Vizor’ front end and LED lighting. There will be petrol and diesel versions, but this electric model uses a 136bhp motor and 50kWh battery for a 201-mile range. A lighter and stiffer platform should make it better to drive, and you can expect plenty of tech and practicality. 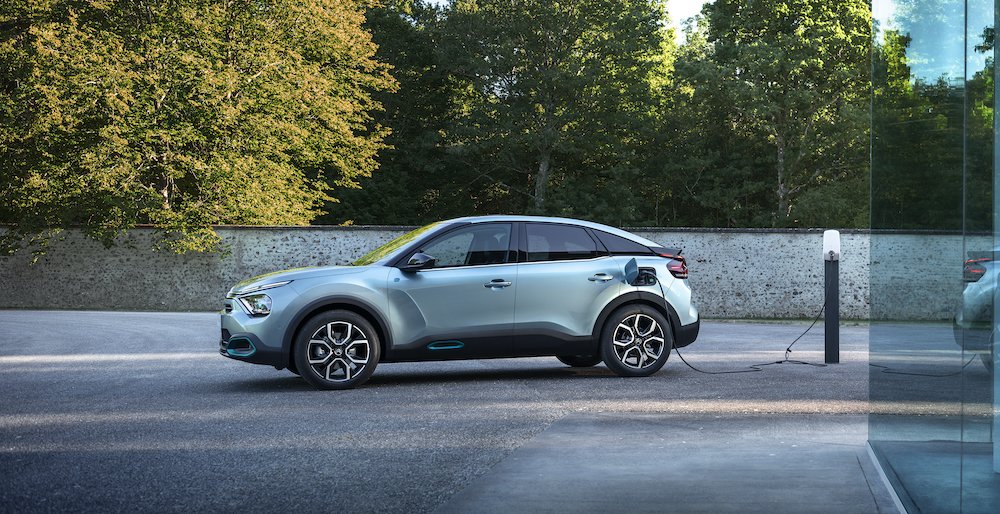 Citroen C4
Citroen’s new family-oriented crossover boasts striking looks, and buyers will be able to pick from a choice of frugal PureTech petrol and BlueHDi diesel engines or, in the case of the ë-C4, an electric powertrain. All models will be well-equipped as standard, while the C4 majors on comfort and refinement. Prices start at £20,990 for a petrol version in entry-level Sense trim, with the EV costing from £29,180. 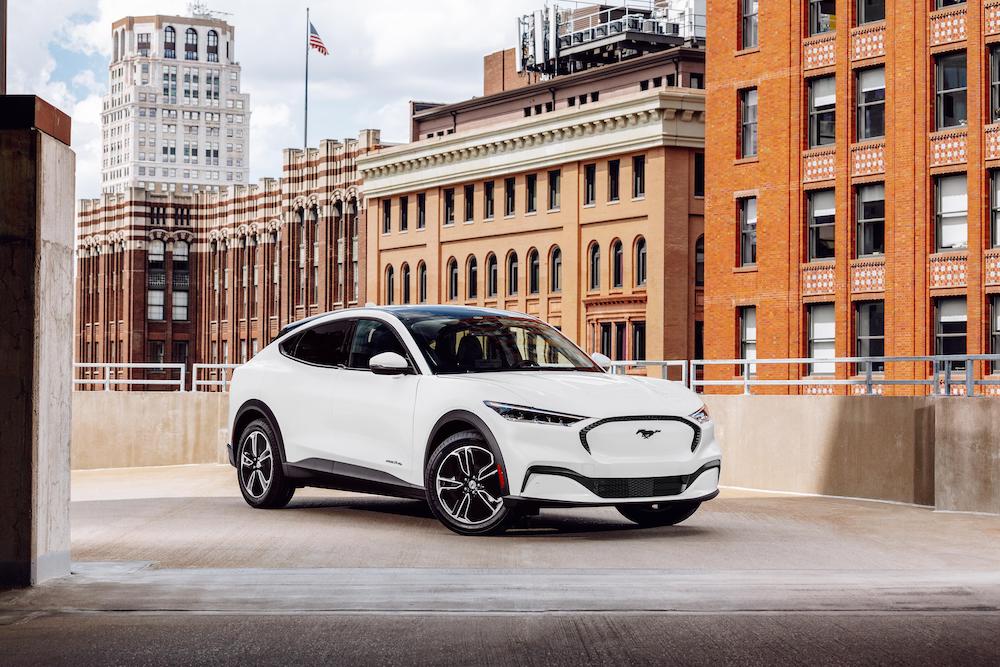 Ford Mustang Mach-E
Muscle car fans might be left puzzled by the idea of an electric Mustang, but with the most powerful variant hitting 60mph in just 5.1 seconds there’s no shortage of performance. A hotter GT is on its way later, but for now there’s a choice of battery size with the largest offering a range of 329 miles while both two- and four-wheel drive versions are available. Prices start at £40,350. 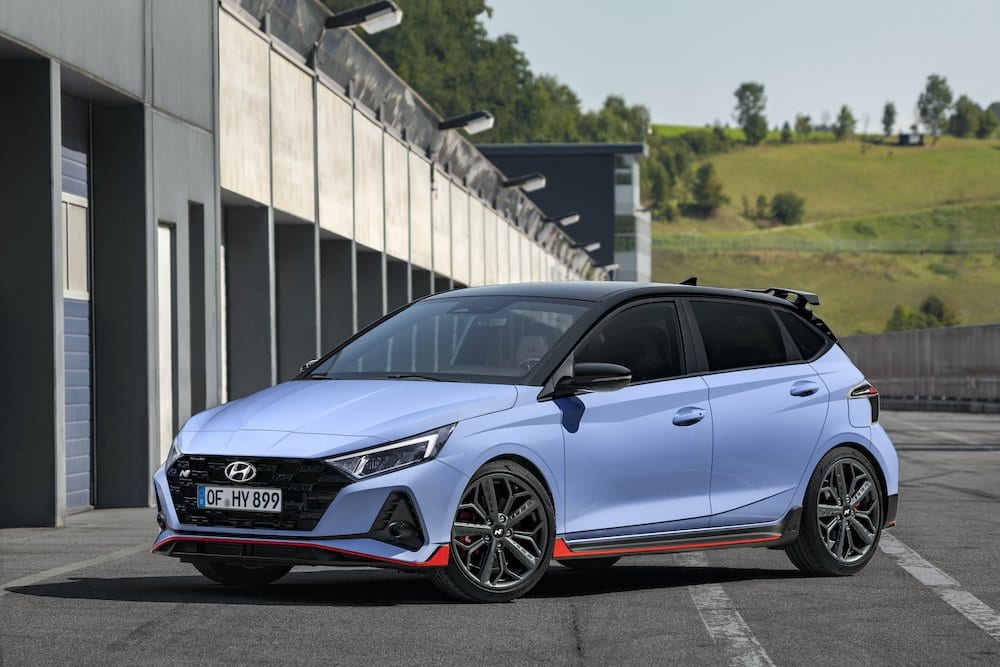 Hyundai i20N
Inspired by the i20 WRC rally car this addition to the hot hatchback ranks boasts 201bhp from its turbocharged 1.6-litre engine. The result is 0-62mph in 6.7 seconds and a top speed of 143mph. Drive to the front wheels is via a 6-speed manual gearbox, with a limited-slip differential optional, and there are launch control and rev-matching functions. An uprated chassis, selectable driving modes and sportier styling complete the package. 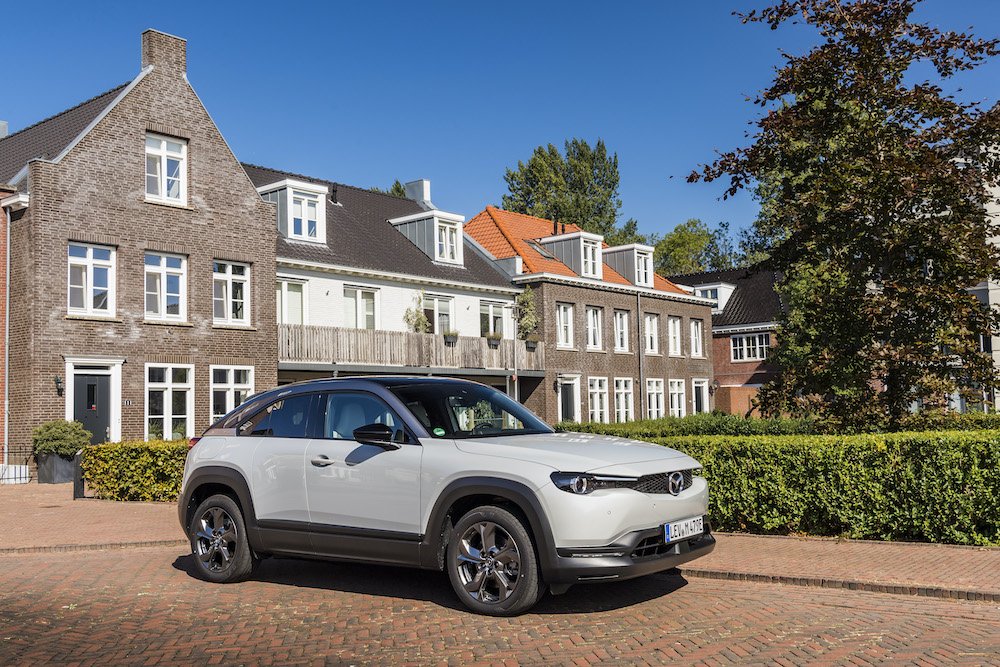 Mazda MX-30
Mazda’s first EV boasts distinctive styling and an interior that makes use of cork trim, the latter reflecting the company’s beginnings. A 35.5kWh battery provides a 124-mile range which is quite short by EV standards, but an 80% charge can be achieved in around 36 minutes using 50kW charging. Prices start at £25,545 for an entry-level SE-L Lux model, with Sport Lux and GT Sport Tech trims also available. 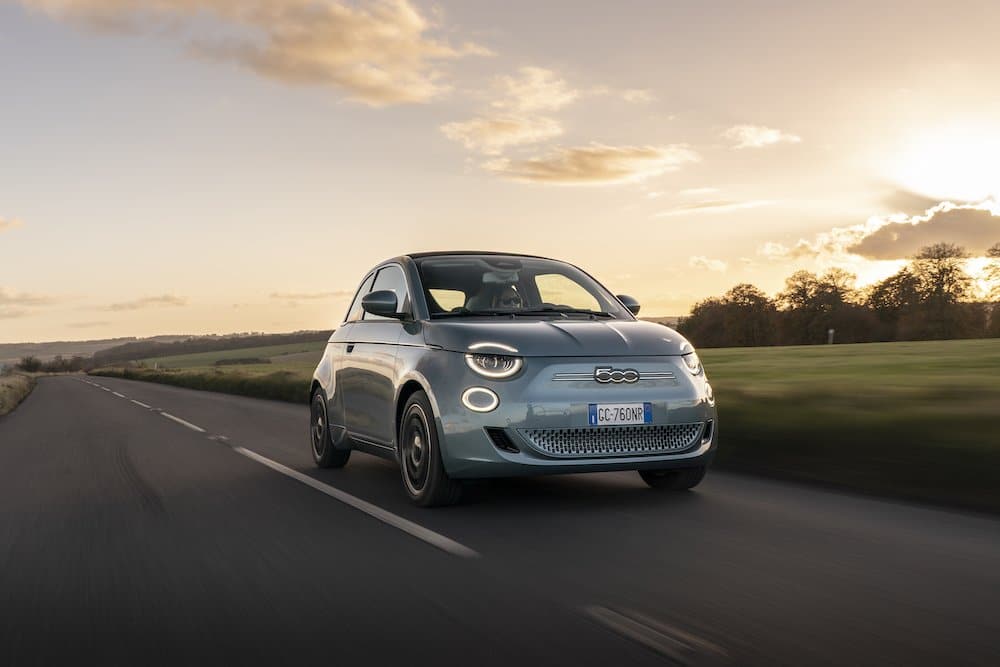 Fiat 500
Replacing such a popular model was never going to be easy but Fiat has taken a brave path with the new 500. It’s gone electric. Available as a hatchback or cabriolet, the new car has grown in size and offers a choice of battery sizes – the largest claiming a range of 199 miles – and prices start at £19,995. The old model remains on sale alongside the EV, though. 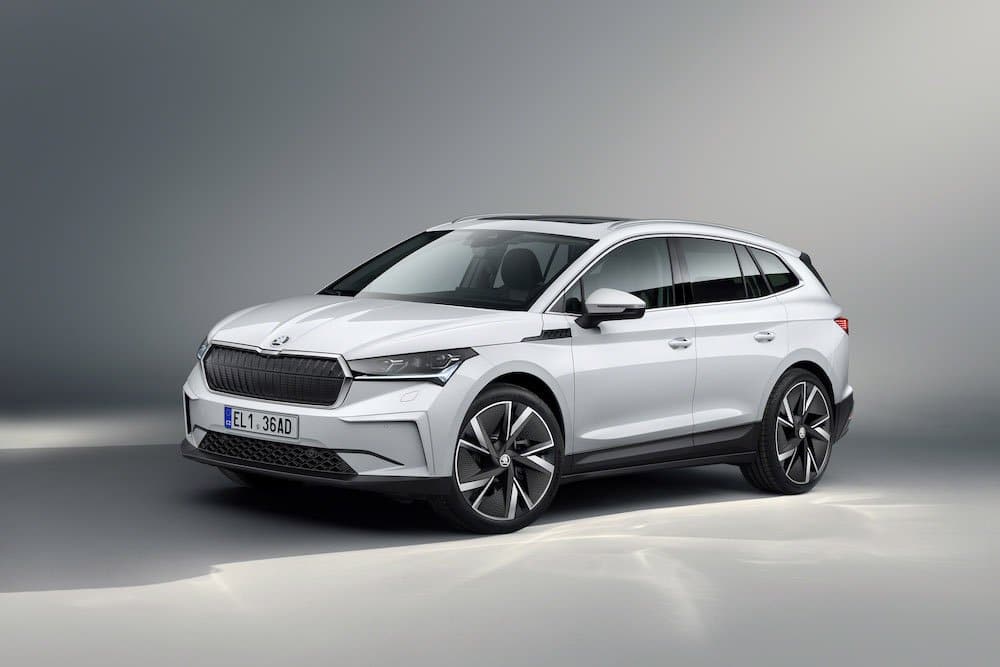 Skoda Enyaq iV
Skoda’s first all-electric model, this new SUV features stylish looks, a spacious cabin (on a par with the larger Kodiak SUV, say Skoda), and plenty of tech and connectivity features.  The Enyaq is offered with varying battery sizes and power outputs and in two-or four-wheel drive form, with the 80iV model claiming a useful 301-mile range. There’s also a hot vRS version with 302bhp and 0-62mph in 6.2 seconds. 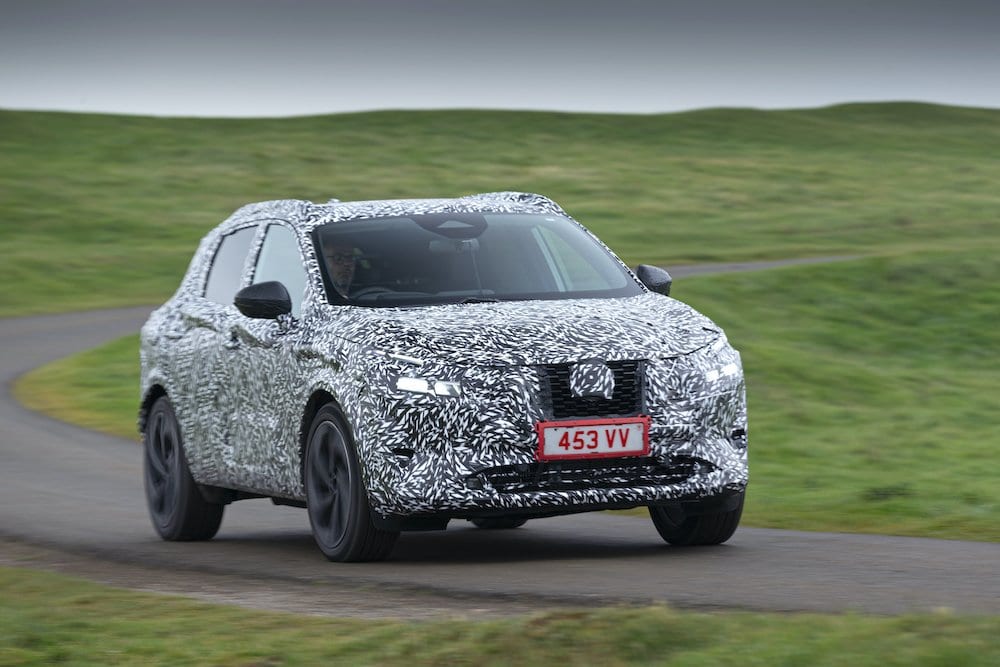 Nissan Qashqai
Nissan’s family crossover has been a runaway success, and now this third generation model looks set offer even greater comfort and practicality. Bigger and more spacious, and built on a lighter, stiffer platform, it should also feel more premium and boast greater levels of technology. Available in two- and four-wheel drive versions, there’s no diesel engines – instead, power comes from a 1.3-litre mild-hybrid petrol or e-Power electric drive system. 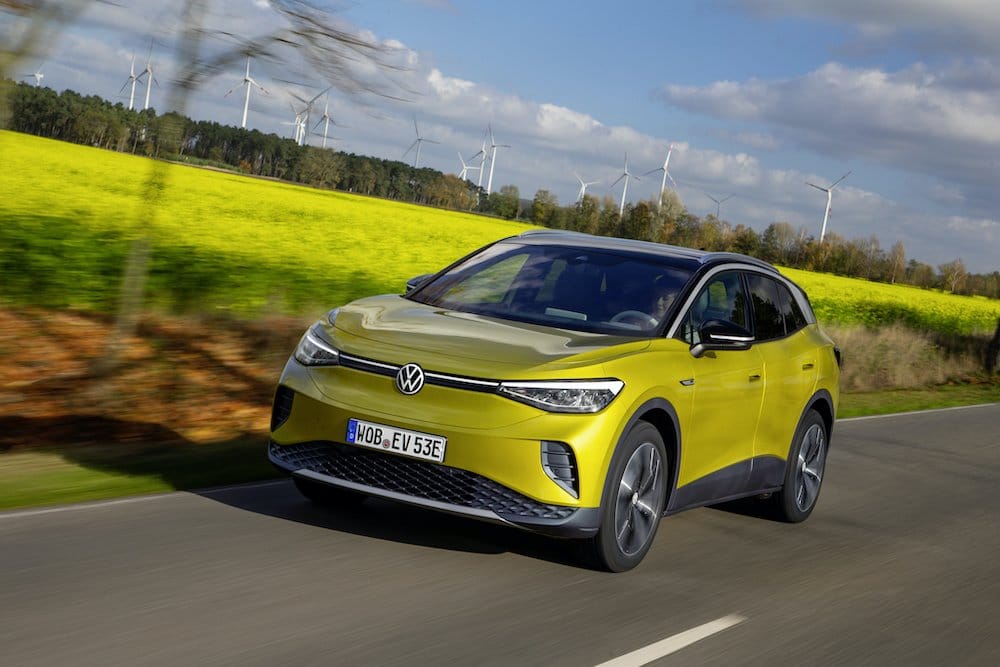 Volkswagen ID.4
Following on from the ID.3, VW’s new electric SUV will be sold globally and aims to offer plenty of space and versatility while still being good to drive. There’s a choice of battery sizes and power outputs, but the version with 201bhp and a 99kWh battery pack should manage a 323-mile range. And the forthcoming GTX will have a punchy 302bhp for 0-62mph in 6.2 seconds, plus sportier styling. 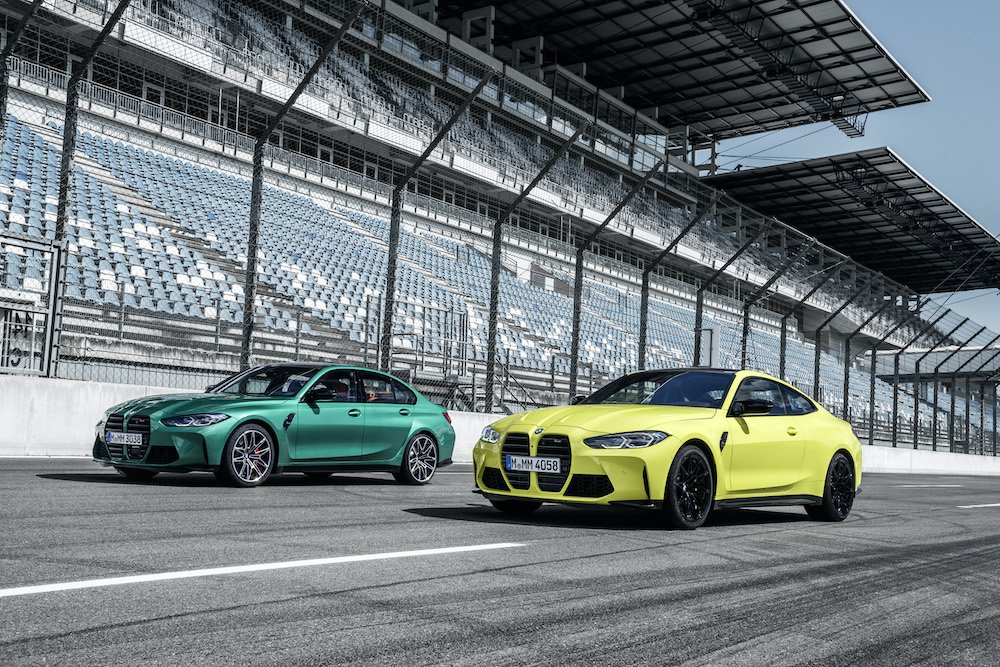 BMW M3 and M4
New M cars are always eagerly awaited, and while the frontal styling divides opinion the firepower under the bonnet should please enthusiasts. The UK gets the Competition models meaning a twin-turbocharged 3.0-litre straight six sending 503bhp to the rear wheels via an 8-speed automatic gearbox. Good for 0-62mph in 3.9 seconds, top speed can be optionally raised to 180mph. Optional xDrive four-wheel drive models will follow later in the year. 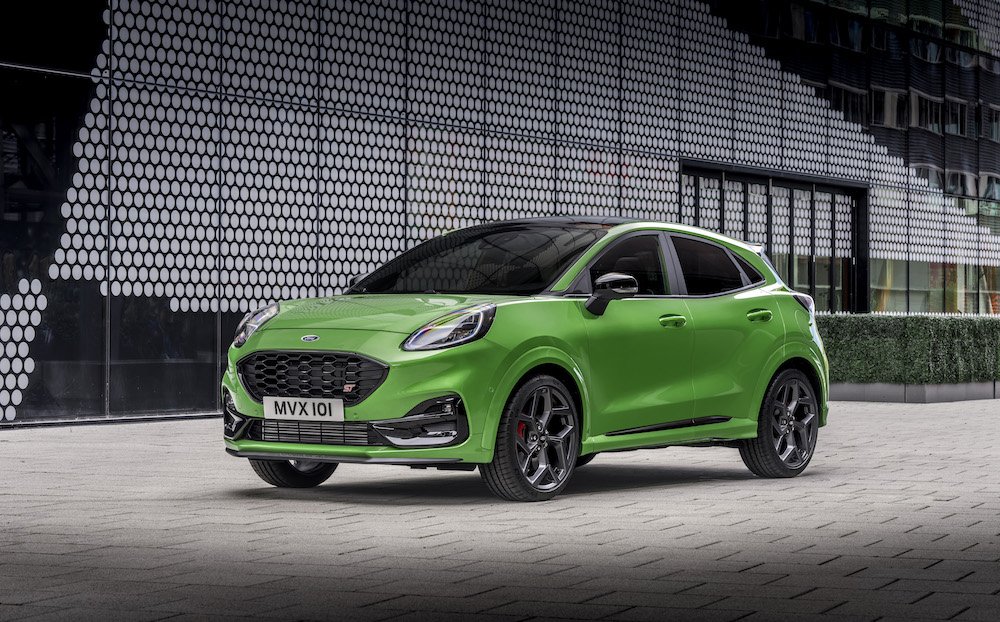 Ford Puma ST
The compact Puma crossover has found plenty of fans, and it’ll find quite a lot more in punchier ST form. Its 1.5-litre 3-cylinder engine is borrowed from the Fiesta ST and makes 197bhp and 320Nm of torque – that enough for 0-62mph in 6.7 seconds. The brakes and suspension are uprated and a limited-slip diff is optional, while the exterior and cabin also benefit from a sportier makeover.

Mike Brewer says: “As ever, the motoring industry continues to move forward in these testing times with the launch of these new cars. These new vehicles are testament to the work being done to keep the car market buoyant for all to enjoy.”