All the details of Lotus’s new sports car, their last with internal combustion engine!

We’re very excited by the unveiling of the Lotus Emira, and from what we know so far it’s going to be a cracker!

Lotus has revealed details of its all-new mid-engined sports car, the Emira, which will be its last model with an internal combustion engine before the brand goes all-electric. It was unveiled at a live premiere at the firm’s Hethel HQ and will go on sale from spring 2022, with the company promising a price starting of less than £60,000.

Pronounced ‘eh-meer-ah’ the new model is built on Lotus’s latest Sports Car Architecture and features a lightweight, bonded aluminium chassis and exterior styling cues that borrow heavily from the Evija hyper car. It’s no flyweight like the recently departed Elise, but Lotus say they are aiming for a weight of 1405kg for the lightest versions.

Two engines will be offered (both transversely-mounted and driving the rear wheels), the First Edition cars arriving with a supercharged, 3.5-litre V6 that was fitted to the Exige and Evora. That will be followed by a 2.0-litre, four-cylinder unit developed by AMG. 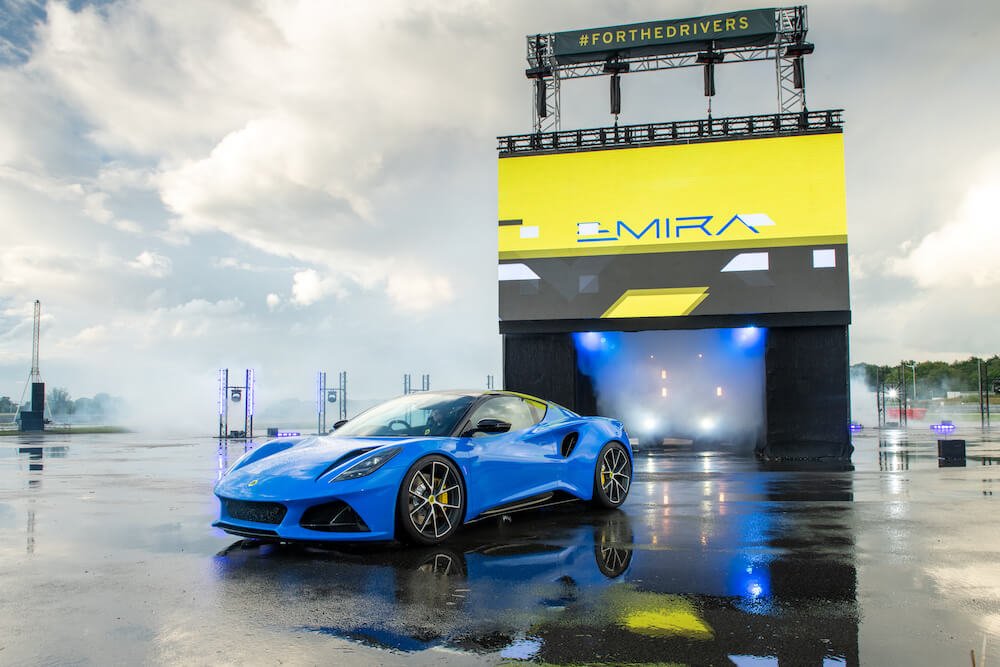 On power outputs, Lotus say the Emira will produce 360-400hp although they don’t reveal which figure applies to each engine, while performance is claimed to be 0-62mph in less than 4.5 seconds and a top speed of up to 180mph. Interestingly, the car will be available with a choice of three transmissions – manual, automatic, and dual-clutch.

There’s no word yet on the suspension layout, but Lotus claim the Emira will boast ‘best-in-class ride and handling’. What we do know is that two different suspension set-ups will be available – Tour is for everyday road use, while a stiffer Sport tune will be available in conjunction with the Lotus Drivers Pack. All versions will feature 20-inch wheels wrapped in Goodyear Eagle F1 Supersport tyres, with Michelin Pilot Sport Cup 2 rubber a cost option.  The steering will feature hydraulic assistance for maximum feel and feedback. 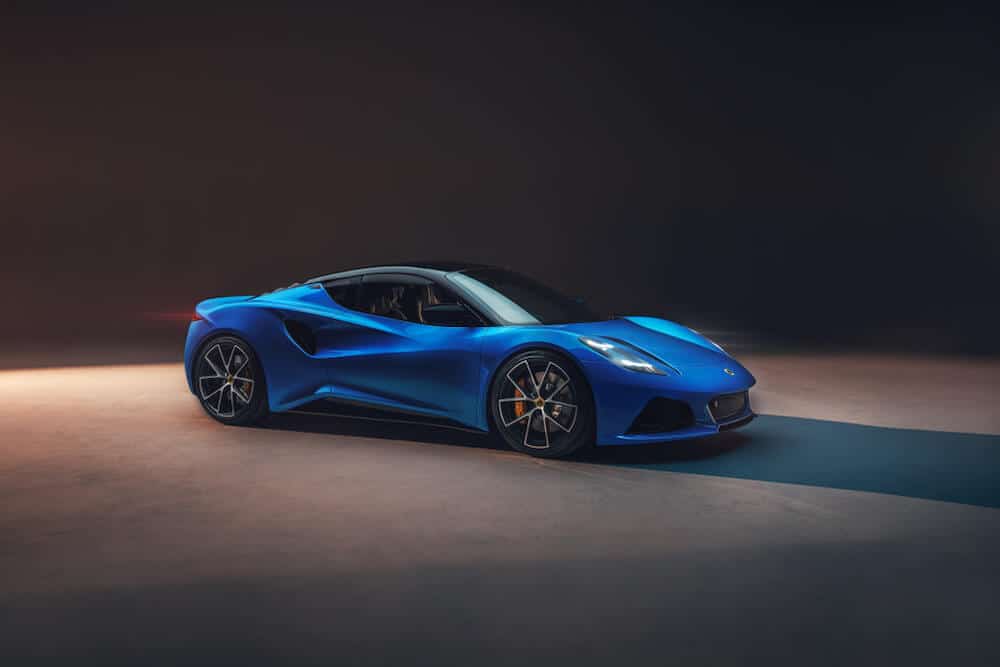 Gavan Kershaw, Director of Vehicle Attributes, Lotus, says: “The Emira has a wider track than any recent Lotus road car, enhancing stability, delivering exceptional road-holding and the sensation of a very low centre of gravity. It is a true Lotus sports car that builds on the legacy of the Elise, Exige and Evora.”

Richard Hill, Chief Aerodynamicist, Lotus Cars, commented: “At Lotus, development of any new sports car is never focused solely on either aerodynamics or vehicle dynamics. It’s about creating that unique harmony of natural forces that is ‘Lotus dynamics’ – a sprinkling of magic dust that creates a thrilling driving experience that’s unrivalled in the automotive world. The Emira has that magic and more.” 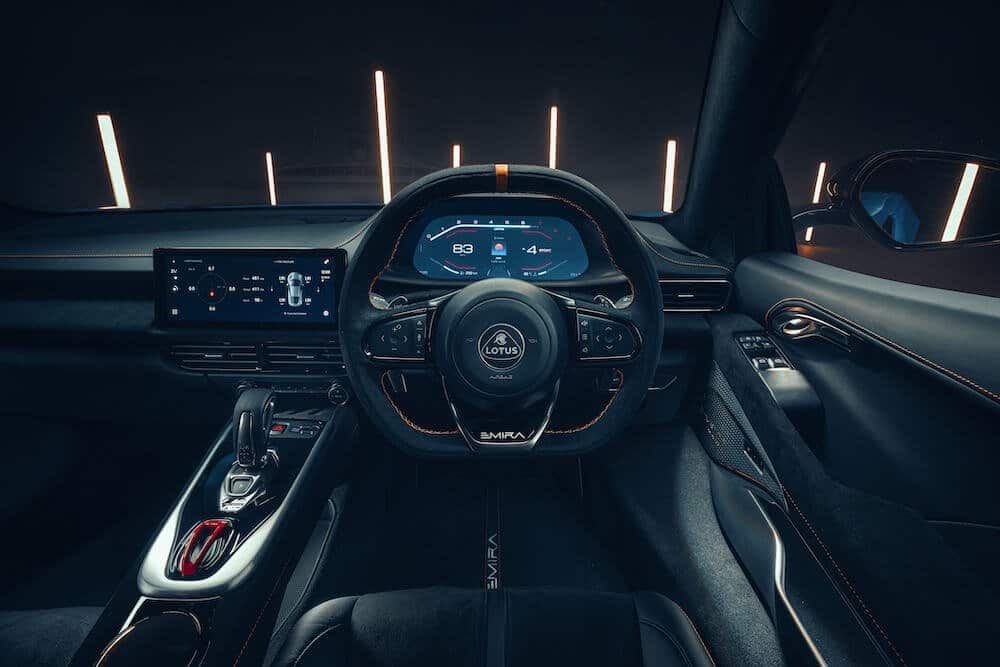 Inside, drivers will discover a modern cabin design that will be “showcasing premium British craftsmanship that conveys ultimate sportiness.” There’s a 12.3-inch TFT instrument display paired with a 10.25-inch infotainment screen that features Android Auto and Apple CarPlay compatibility, and a rich list of kit that includes electric seats, keyless go, and cruise control.

One person who has already had a test drive is former F1 World Champion Jenson Button. He said: “You always expect a Lotus to have good mechanical grip through the low-speed corners but there was plenty of downforce in the high-speed corners too. That means the feeling of great balance is the same no matter how you’re driving it. It’s exceptional and I’m a big fan.”

Buyers can expect the usual roster of driver-assistance features such as lane departure warning, rear cross traffic alert and plenty more. Lotus also promise useful practicality, with a 208-litre space behind the seats and a further 151 litres of storage behind the engine.

You can put down deposits now, but if you want to see the car in action before you decide then the Emira will be making its public dynamic debut at the Goodwood Festival of Speed which takes place from 8-11 July.