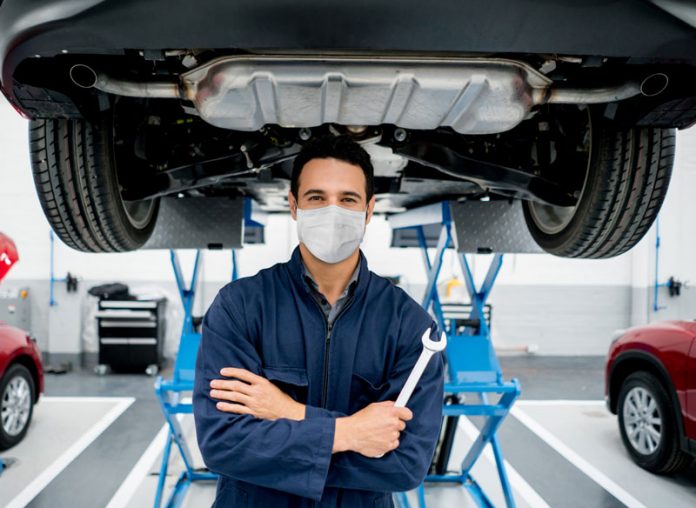 Figures released by The Motor Ombudsman reveal that more than half of those motorists surveyed who had an MOT due choose to take advantage of the MOT extension granted because of the COVID-19 pandemic.

On 25 March the UK Government announced a six-month extension for any MOT that was due to expire between 30 March and 31 July, with MOT tests became mandatory again from 1 August.

The poll, conducted by YouGov, saw a survey of 765 motorists that owned a car more than three years old and with an MOT expiring between 30 March and 31 July. The poll found 56% of those had elected to use the extension, although 72% of those did say that they had carried out regular maintenance checks – such as checking the oil, windscreen washer fluid and tyre pressures – prior to taking their car to a garage for an MOT test.

The poll also revealed that those living in Scotland and owners over 55 years old were the most conscientious when it came to carrying out checks. Those living in the South or aged 25-34 were the least likely to carry out checks, although perhaps more concerning is the 22% that said they’d paid no extra attention to their car.

It also seems there is no great urgency amongst respondents to book a new test, with 29% of those with a car that had passed the original expiry date yet to arrange an MOT. It was also revealed that, following the Government’s announcement on 29 June that mandatory testing was being re-introduced for MOTs due on or after 1 August, only 9% of those surveyed were encouraged to book their test earlier than needed.

Commenting on the research, Bill Fennell, Chief Ombudsman and Managing Director of The Motor Ombudsman, said: “The results of our study and wider industry data clearly shows that there is cause for worry, due to the number of potentially unsafe cars on the road that have not had their MOT. If their personal situation allows, and with many garages and repairers once again opening their doors following the lifting of recent lockdown restrictions, we are urging consumers to take their cars for the annual assessment as soon as possible.”

Bill added: “Since the start of the Coronavirus lockdown period, we have regularly updated our online Knowledge Base to help address some of the most common consumer questions around the guidance issued by government on MOTs and other pertinent subjects, and to reinforce the importance of maintaining and keeping a car in a roadworthy condition at all times.”

It’s also worth noting that official figures from the Driver and Vehicle Standards Agency show that 4.9m Class 4 MOTs (which includes passenger cars) were carried out between 1 April and 30 June. That’s a decline of more than 50% compared to the same period last year.