Collection thought to be largest in UK & Europe. 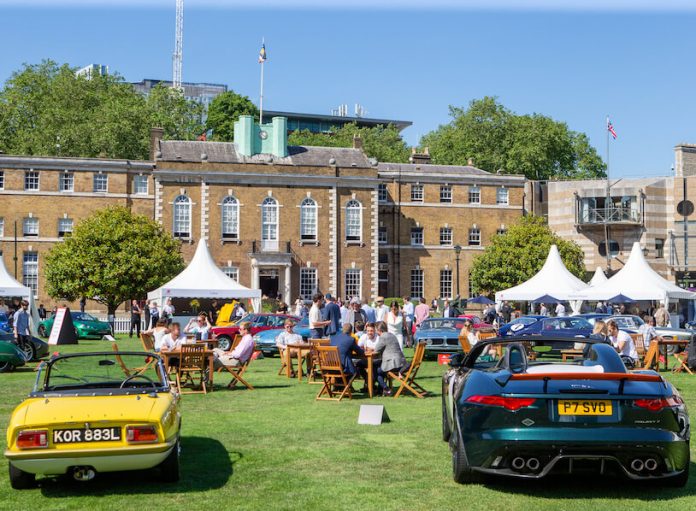 The London Concours, presented by Montres Breguet, has announced that for 2022, its class ‘The Collector’ will feature star cars from Rodger Dudding’s Studio 434.

This summer’s event will assemble the finest examples from Rodger Dudding, an astonishing array of machinery – which now numbers well over 400 motor cars in total. Running from the 28th to 30th June at the Honourable Artillery Company in the heart of the City of London.

The collection began in the 1970s, initially with a Jensen Interceptor FF and Dudding’s father’s Morris Minor. It is now thought to be the largest privately assembled collection in the UK, if not Europe. The enthralling selection of metal, amassed over decades, is a bold individual collection, one that charts the history of British and European motoring through the ages – giving a unique sense of how cars have evolved from the early 1900s to the present day. 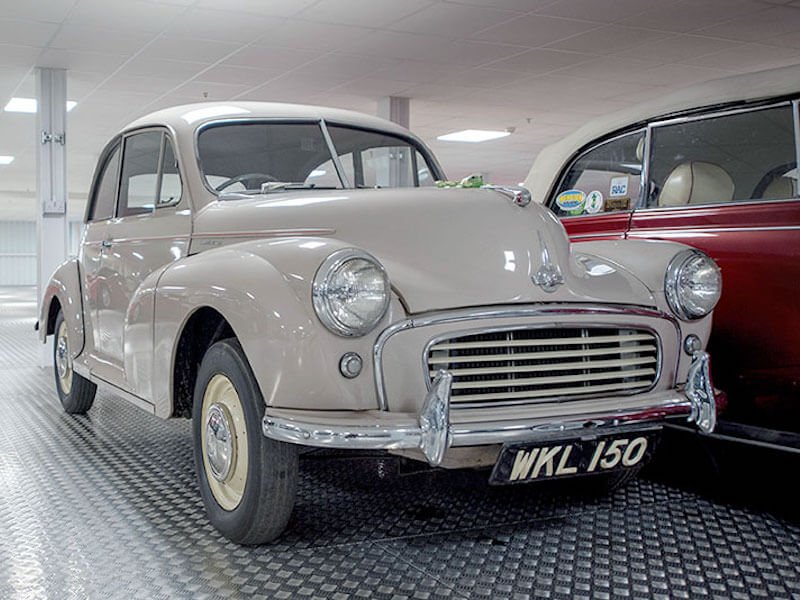 Ordinarily housed in Rodger Dudding’s sprawling warehouses, the London Concours will offer a special opportunity to view the star cars on the manicured lawns of the Honourable Artillery Company HQ, at the capital’s summer automotive garden party.

Among the cars on display will be an example from one of the automotive industry’s oldest marques – AC. Guests to the HAC will have the opportunity to examine the British firm’s extremely rare, high performance GT car of the 1960s – the AC 428 Coupe. Based on a stretched Cobra chassis, the 428 was nearly a quarter of a ton lighter than its rivals – the Aston Martin DBS and the Jensen Interceptor. With a substantial, 7.0-litre Ford V8, it packed serious performance: 5.5 seconds to 60 mph and over 150 mph flat out. Also known as the ‘AC Frua’, only 51 ‘fastbacks’ versions were produced of this alluring coupe, which compellingly blended British charm, Italian style and American brawn. 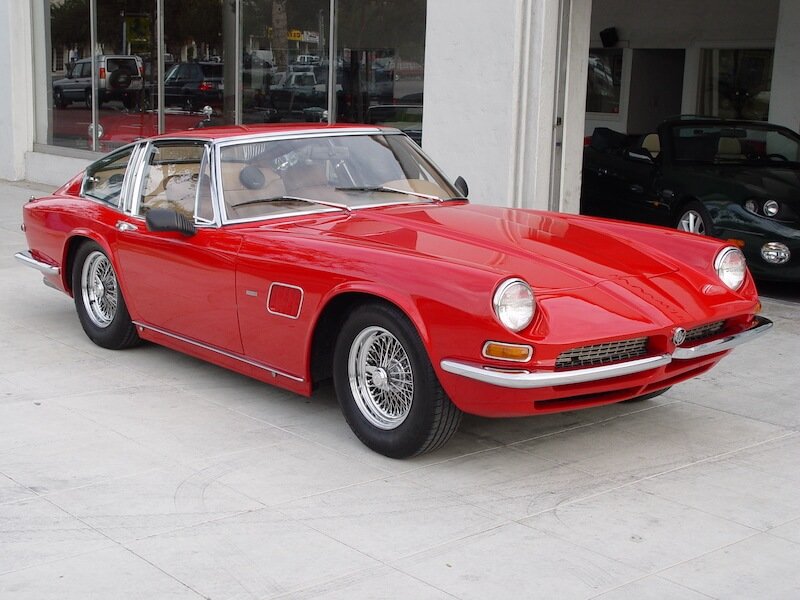 The display will also feature an AC from the 21st century, the 378 GT Zagato. Launched at the 2012 Geneva Motor Show, the GT combined bruising performance, courtesy of an LS Chevrolet V8, with a stunning Zagato designed body – one that still looks decidedly modern 10 years on. Analogue, with a manual transmission and no driver aids of any kind, the 378 was supposed to herald a new era for AC. Sadly, this was not to be; Dudding’s car remains the sole 378 Zagato in existence. A rare opportunity to pore of this unique, alluring car, and ponder what might have been.

The Collector class will also play host to an example for the car that has for some, come to define Dudding’s collection: the Aston Martin Lagonda. With its wedge like design and high-tech, if temperamental, digital instruments, the V8 powered Lagonda was spaceship-like in 1970s Britain, removed from any Aston Martin, indeed any car, that had come before it. The Lagonda on display is one of a remarkable 26 in Studio 434’s collection. Dudding acknowledges it to be something of a ‘Marmite’ car, noting, “you’re certifiable if you have one…what happens when you have 26?” 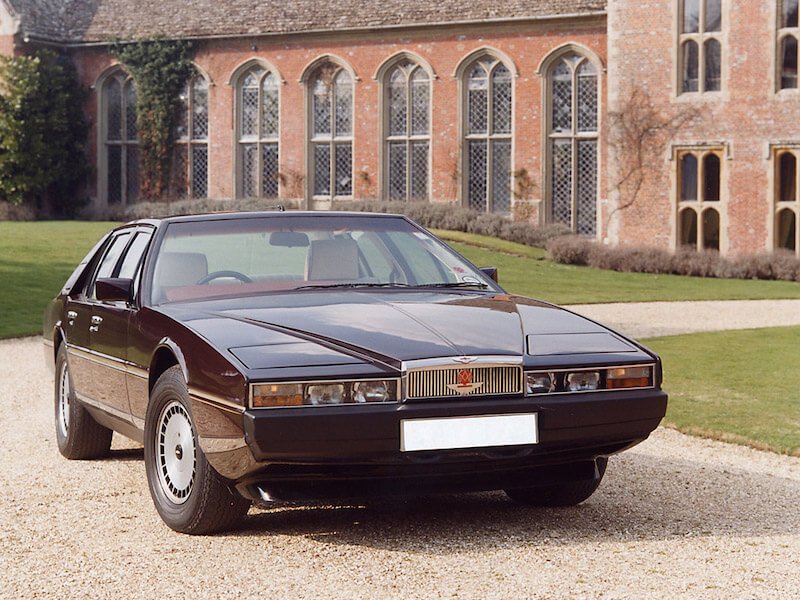 The line-up of cars will also include the Lagonda’s most direct antecedent, if there is one, the Lagonda Rapide Sports Saloon of the 1960s. An earlier foray by Aston Martin into reviving the revered Lagonda name, the Rapide’s elegant shape was designed by Touring of Milan, and was produced for just three years, from ’61 to ’64. Based on the DB4’s platform, the chassis was lengthened by some 16 inches and a De Dion axle added to provide the rear space befitting of a luxury saloon. The Rapide featured the familiar Tadek Marek straight-six, enlarged to 4.0-litres and similar to the engine that later powered the iconic DB5. Extremely rare, only 55 of these stylish sporting saloons were produced, all built by hand, specially to order. The London Concours will offer a special opportunity to savour one in an intimate setting. 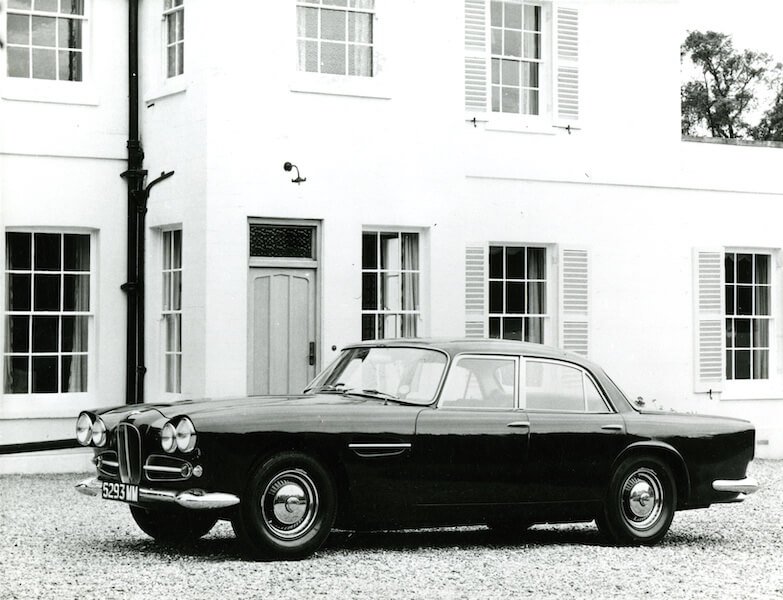 The breadth and reach of the  Rodger Dudding collection will be borne out by the presence of the automotive, and indeed cinema, icon of the 1980s, the DeLorean DMC12. Famed for its appearance in a certain sci-fi comedy film, the DMC12 was produced in Belfast between 1981 and 1983. With its avant-garde shape by the masterful Giugiaro at Italdesign, brushed stainless steel bodywork and gullwing doors, this much-loved car is sure to entertain the crowds when it takes to the HAC’s lawns this June. 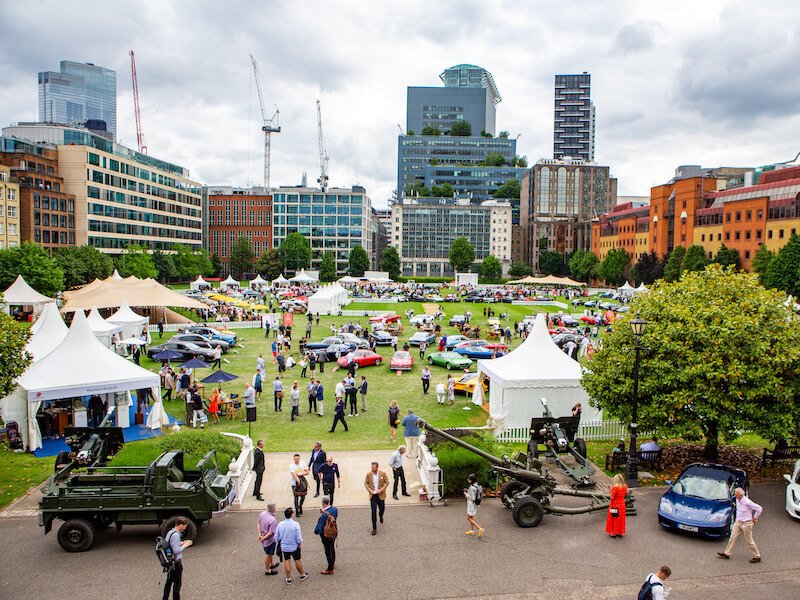 These fascinating motor cars, and many more besides, will be assembled as the London Concours celebrates Dudding, the most passionate of enthusiasts, with this special ‘Collector Class’ display. Further announcements will be made about the exiting further classes in the coming weeks and months, as we build up to the 6th iteration of the event, sure to be another occasion of complete automotive indulgence.

Andrew Evans, London Concours Director, said: “We are delighted that for 2022 the London Concours will feature star cars from Rodger’s astonishing collection. Our class ‘The Collector’ was conceived to celebrate the most passionate and committed car enthusiasts; Rodger is perhaps peerless in this regard.

“We look forward to bringing motor cars from this astounding collection to the heart of the City this summer. Guests will be able to savour truly special cars, delectable food and beverage options, and browse a carefully curated selection of designer brands and boutiques at London’s ultimate automotive extravaganza.”

Easter at Beaulieu: Get set for a phantasmagorical day out.