He showed ‘the spirit of adventure’. 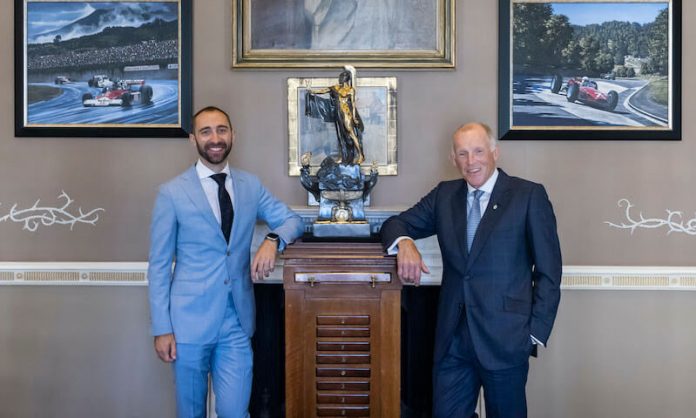 The Royal Automobile Club has presented the prestigious Segrave Trophy to hillclimb racer Robin Shute for being the first and only British driver to have claimed overall victory at Pikes Peak.

The Nominations Committee had chosen Shute to be the latest recipient of the Segrave Trophy – which is awarded to a British subject who demonstrates ‘the spirit of adventure’ – even before he added a third Pikes Peak win in June 2022. There are certainly few adventures in the motorsport world that can match the fearsome Colorado hillclimb, which is held on a 12.42-mile course that climbs through 156 dramatic turns to an altitude of 14,115ft at the summit finish line. There must be even fewer events for which the intrepid drivers need an oxygen supply.

Speaking at the presentation lunch, Ben Cussons, Chairman of the Royal Automobile Club, said: “We are delighted to present the Segrave Trophy for 2021 to Robin Shute in recognition of his achievements at Pikes Peak. It was Lady Segrave’s wish that the trophy should celebrate those who have shown outstanding skill, courage and initiative, and there can be no doubt that Robin has done exactly that in conquering the unique challenge to become ‘King of the Mountain’. The fact that he has added a third victory this year is even more impressive.”

Norfolk-born Shute took his latest win in what was the 100th running of the legendary American hillclimb – in the process overcoming cold and wet conditions, as well as thick cloud towards the summit. Having set the fastest-ever qualifying time for an internal combustion car, Shute was in a class of his own aboard his 550bhp, 2.1-litre Wolf TSC-FS, and his time of 10 minutes 9.525 seconds was 25 seconds clear of his nearest competitor.

Shute said: ‘Receiving this prestigious award is a huge honour. There are so many great names among the past winners and – as someone who has a passion for speed records – I have an enormous amount of respect for Sir Henry Segrave and everything that he achieved. To win a trophy awarded in his honour is very special.’ 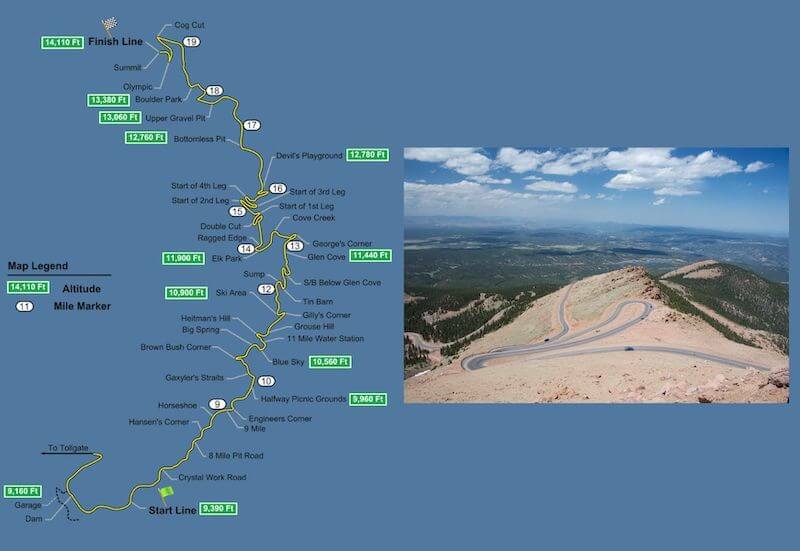 Robin Shute grew up in Norfolk, the son of Tony Shute – a development test driver for Goodyear, Lotus and Caterham. Robin moved to California in 2011 and joined Tesla as an automotive engineer. His first visit to Pikes Peak – which he’d originally discovered while playing the Gran Turismo 2 video game as a child – came in 2017. Having previously raced GT cars and single-seaters, he made his debut on the mountain with a 1000bhp electric SUV entered by Faraday Future, and has subsequently competed there in a Wolf sports-racer powered by a 2.1-litre Honda turbo engine.

Shute has now taken overall victory at Pikes Peak in 2019, 2021 and 2022, and has vowed to return until he’s beaten the outright record of 7 minutes 57.158 seconds, set by Romain Dumas in the Volkswagen ID R.

About the Segrave Trophy

The Segrave Trophy is named after British pilot and pre-war racing driver Sir Henry Segrave – a man who pushed himself and his machines to the limit in the pursuit of ultimate speed. He was the first man to hold both land and water speed records, though the latter would cost him his life in 1930. With such drive and determination in mind, the Trophy is awarded for ‘outstanding skill, courage and initiative on land, water and in the air – the Spirit of Adventure’.

The first recipient of the Segrave Trophy was Air Commodore Sir Charles Kingsford Smith, for his transatlantic and England to Australia flights in 1930. Previous holders of the trophy have included Amy Johnson CBE (1932), Sir Malcolm Campbell (1933 and 1939), Bruce McLaren (1969), Sir Jackie Stewart (1973 and 1999) and Sir Frank Williams (1992). The Trophy is awarded only if the Segrave Nominations Committee judge there to be a suitable recipient that meets the criteria of the award.

The Royal Automobile Club was founded in 1897 and its distinguished history mirrors that of motoring itself. In 1907, the Club was awarded its Royal title by King Edward VII, sealing the Club’s status as Britain’s oldest and most influential motoring organisation.

The Club’s early years were focused on promoting the motor car and its place in society, which developed into motoring events such as the 1000 Mile Trial, first held in 1900. In 1905, the Club held the first Tourist Trophy, which remains the oldest continuously competed-for motorsport event. The Club promoted the first pre-war and post-war Grands Prix at Brooklands in 1926 and Silverstone in 1948 respectively, while continuing to campaign for the rights of the motorist, including introducing the first driving licences.

Today, the Club continues to develop and support automobilism through representation on the Fédération Internationale de l’Automobile (FIA) and RAC Foundation while promoting its own motoring events including London Motor Week, which culminates with the RM Sotheby’s London to Brighton Veteran Car Run. The Club’s London Motor Week will run from Monday 31 October to Sunday 6 November.

The Royal Automobile Club awards a series of historic trophies and medals celebrating motoring achievements. These include the Segrave Trophy, the Tourist Trophy, the Dewar Trophy, the Simms Medal, the Torrens Trophy and the Diamond Jubilee Trophy.