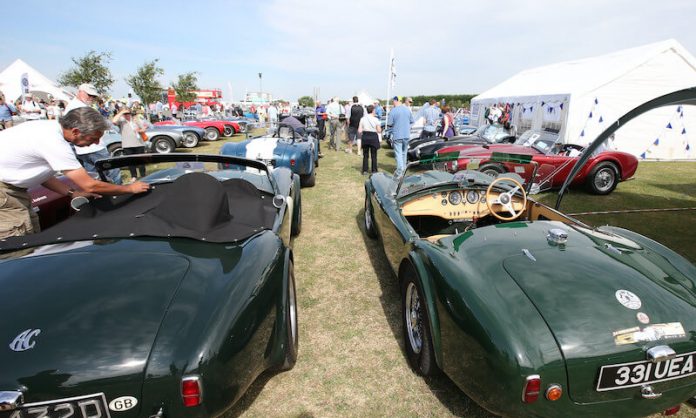 The Classic is where the UK’s passionate car clubs celebrate major milestones in model and marque histories with huge on and off track displays.

Over the August Bank Holiday weekend this summer, The Classic will be honouring yet more major motoring landmarks with AC, BMW and Lotus high up on the dazzling roster of notable celebrations planned for 2022.

Last year’s anniversaries included an amazing array of steely DeLoreans marking the 40 years that time has travelled since the film star DMC-12’s launch in 1981 and more than 400 colourful Triumph Stags – the stylish 2+2 sports tourer making up for time lost during the pandemic by celebrating its 50th birthday a year later than originally planned. 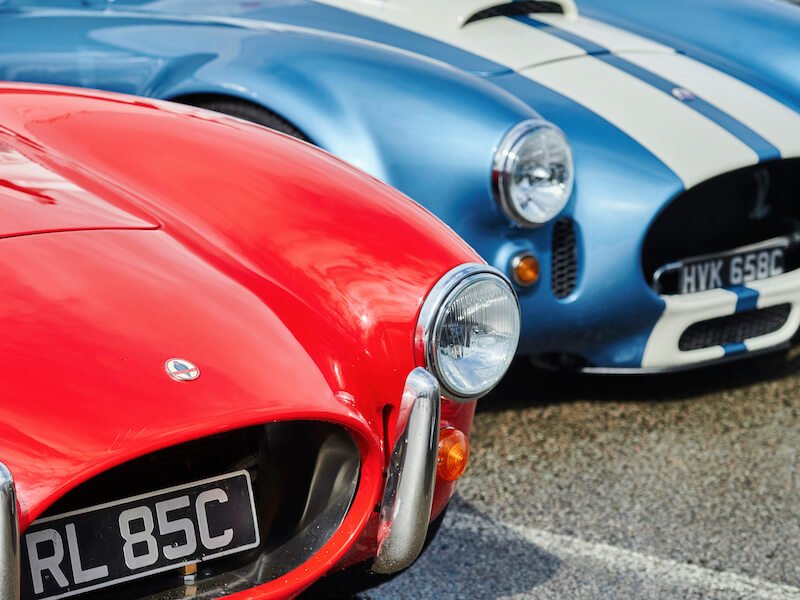 The Cobra’s Diamond anniversary will be honoured by a number of clubs attending The Classic including The Cobra Register, 289 Register and Cobra Replica Club UK.

Showcasing the Anglo-American favourite’s full history, The Cobra Register will have a full time-line of Cobras on its stand ranging from an AC Ace right up to the AC Mk.IV and close to a hundred models for all eras are already confirmed for a rumbling track parade at lunchtime on Saturday.

The combination of a light, nimble British chassis powered by a big American engine also took the racing world by storm and the lasting legacy of the mighty Cobras in competition lives on at The Classic too. Earlier roadsters are among the front-runners in Sunday morning’s coveted Royal Automobile Club Tourist Trophy for Historic Cars while beefed up later models – including Shelby Daytona Coupes – star in Saturday afternoon’s International Trophy for Classic Pre-66 GT Cars. 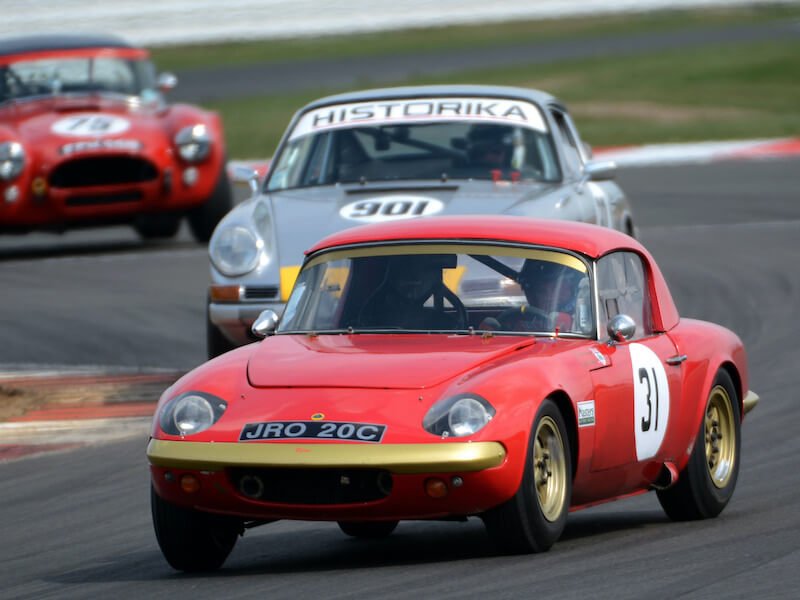 In comparison to the burly Cobra, the little Lotus Elan ­– also born in 1962 – looks like a featherweight, but what the Elan lacks in brawn it more than makes up in brains. Embodying the minimum weight philosophy of its creator Colin Chapman, the little Lotus rewrote the record book in terms of extraordinary handling and tenacious road-holding.

Paying tribute to Chapman’s genius, the Lotus Car Club and Lotus Drivers Club will be parading more than 60 Elans on the Silverstone Grand Prix track on Saturday.

Although the Elan was the first Lotus not designed specifically for motorsport, such was the two-seater’s mind-blowing deftness that competition versions quickly became giant-killers on the circuits and remain so today with Elans biting at the heels of the Cobras and E-types in the International Trophy for Classic Pre-66 GT Cars. 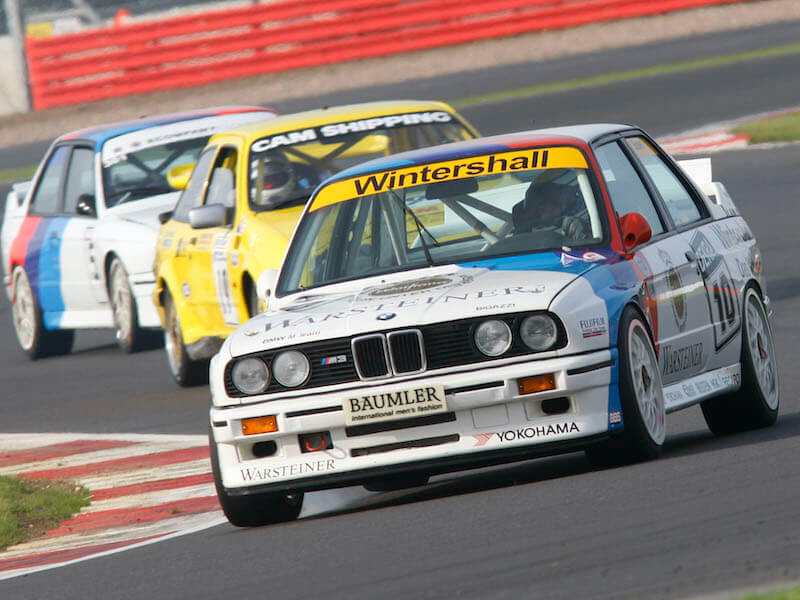 BMW’s renowned sporty M division is marking its 50th anniversary in 2022 and, appropriately, the BMW Car Club GB will have 50 of its greatest creations on parade on Sunday. Out on the track, BMW M3s will be renewing their epic rivalries with Ford RS500s in Saturday morning’s Tony Dron Memorial Trophy for MRL Historic Touring Cars.

The Cobra, Elan and M-Sport anniversaries are just three of more than 30 being celebrated at The Classic. Others include the Austin Healey 100, Ford Cortina, McLaren F1, Mercedes S Class, MGB, Porsche 944, Renault 5, Triumph Spitfire, and TVR.

It is not too late for members of all these – and other – registered car clubs attending The Classic to take advantage of special display packages. These offer a pair of general admission tickets plus the chance for members to display their car right at the heart of the event for an attractive package price.

What’s more, with the fun-fuelled three-day festival taking place a month later in 2022, the booking window for these exclusive display packages has been extended until 26 June. 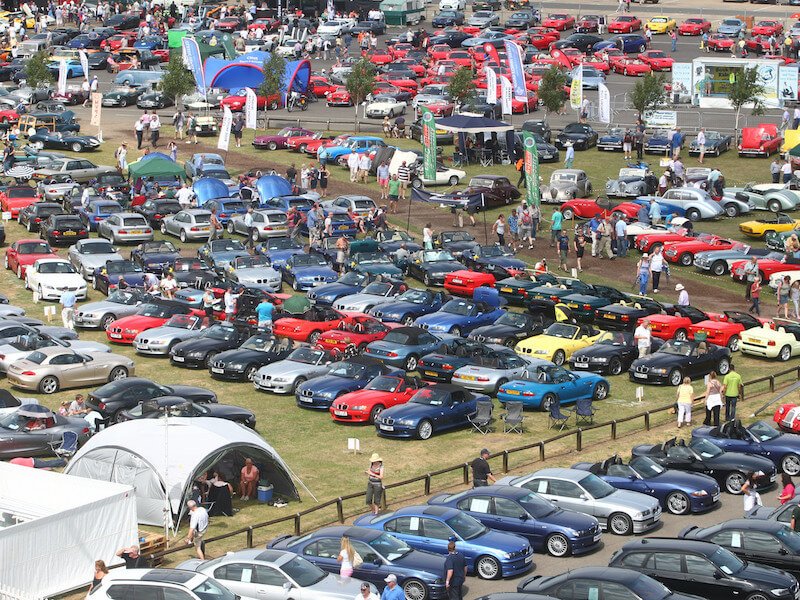 “Along with an unrivalled programme of action-packed retro races and the line-up of great family entertainment, these massive car club displays have always been part of The Classic’s DNA and we are eternally thrilled that so many choose Silverstone for their special celebrations,” said Nick Wigley, CEO of The Classic promoter Goose Live Events. “Now, with our new end-of-summer Bank Holiday date, owners of these cherished classics have even more time to make their plans to join us for this year’s not-to-be-missed celebrations at the end of August.”

Access to live music concerts on all three evenings plus the new Foodie Fest and Switch Live feature powered by myenergi are also included in the price of general admission.