Backstage with Mike Brewer at the NEC Classic Motor Show 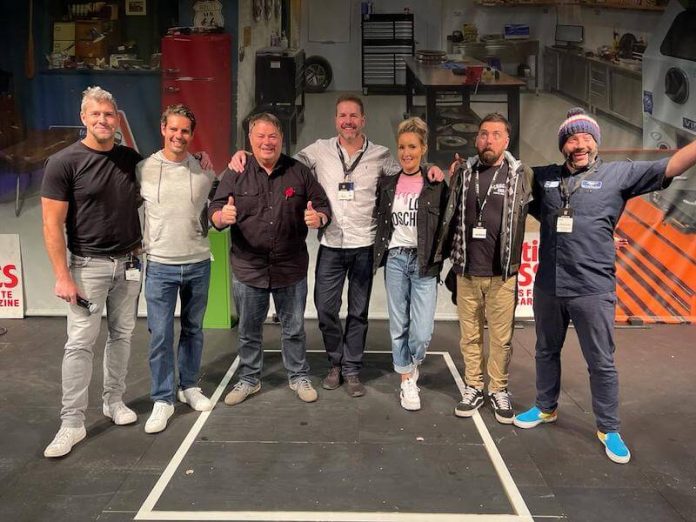 Wheeler Dealers Mike Brewer gives you an exclusive look at what goes on behind the scenes at the Lancaster Insurance Classic Motor Show, held last weekend at the NEC and enjoy the full celebrity panel with all your favourite motoring TV stars.

Once again, our own Mike Brewer hosted the discovery+ Live Stage at the UK’s biggest indoor motor show and the season finale for the classic car community.

Over the three show days, as well as introducing his Wheeler Dealer co-stars Marc ‘Elvis’ Priestley and Ant Anstead on stage, Mike also raced around the NEC halls presenting various awards. He even managed to sell a few of his own cars through Silverstone Auctions.

The Mike Brewer Collection saw all five cars up for auction find new homes with a total hammer price of £230,062.

Silverstone Auctions had sales throughout the show, securing a whopping £8.3million worth of car sales and £550,000 of motorcycles in its first dedicated sale, both hammering away 81% of the respective catalogues. There was an additional £180,000 in automobilia sold with an 84% conversion rate.

Mike presented the coveted Meguiar’s Club Showcase trophy to Gary McVeigh and his 1969 Triumph TR6. He then went on to announce Jake Clappison as the winner of the public vote in the Lancaster Insurance Pride of Ownership competition with his 1979 Triumph Spitfire. Mike also presented John and Jackie Cotterill with first place in the Bike Pride of Ownership award with their Triumph Speed Twin motorcycle.

The Sporting Bears Motor Club, of which Mike is patron, raised £28,913 from its popular Dream Rides. The ‘Bears’ gave ten-mile passenger rides to visitors in exchange for a charitable donation. The charities benefiting from this year’s show include Together 21, Keech Hospices, Derian House and Beaulieu Respite care unit.

With around 3,000 cars on show across seven halls, 270 car clubs showcased various marques and models ranging from the AC Owners Club to the XR4 Register, celebrating milestone anniversaries that occurred in 2020 as well as 2021.

Mike also presented a new feature for 2021 – ‘Our Friends Electric’ which put the spotlight on electric classic vehicles. Sceptical enthusiasts were thrilled to see a 1911 Baker Electric actually drive around the arena. This was followed by Richard Morgan of Electric Classic Cars’ converted VW Beetle from the TV show Vintage Voltage. EcoClassics’ 911, Westfields’ new prototype Sports and RBW Electric Classic Cars’ Roadster were also in motion along with Mike Brewer’s own Porsche Taycan.

The line-up of motoring tv stars joined at the end of both Friday and Saturday’s activities to take questions from the audience.

The Practical Classics team was joined by the Morris Marina Owner’s Club and Ital Register to frantically revive a 1971 1.3 Coupe which hadn’t run for 30 years, restoring it in front of the live audience. There were huge cheers when it fired up and drove off the stage at the end of Sunday’s show.

The next Lancaster Insurance Classic Motor Show, with Discovery, will be held at Birmingham’s NEC from Friday 11 to Sunday 13 November 2022.

Spurred on by its ever-increasing popularity, ‘Silverstone Festival’ marks a new era for the venue’s much-loved event with a new name and fresh look...