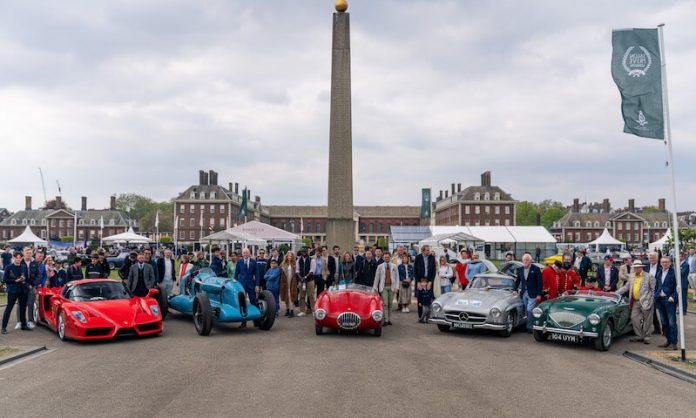 An OSCA MT4 with superb competition history was presented with the Prix d’Honneur in the Concours de Vente at Salon Privé London, which made its debut from 21-23 April at Royal Hospital Chelsea.

The OSCA had been entered for the ground-breaking event – in which each and every car was being offered for sale – by the Classic Motor Hub, and the judges awarded it the top prize ahead of a legendary Brooklands racer and an iconic 1950s road car.

The Italian sports-racer, a 1954 OSCA – chassis number 1143 – was built for racing driver Francesco Giardini and its first competition outing was in that year’s Coppa della Toscana, in which it won its class. It was then a works entry in the Le Mans 24 Hours – Giardini and co-driver Jacques Péron were leading their class when Giardini crashed out of the race with only two hours remaining. 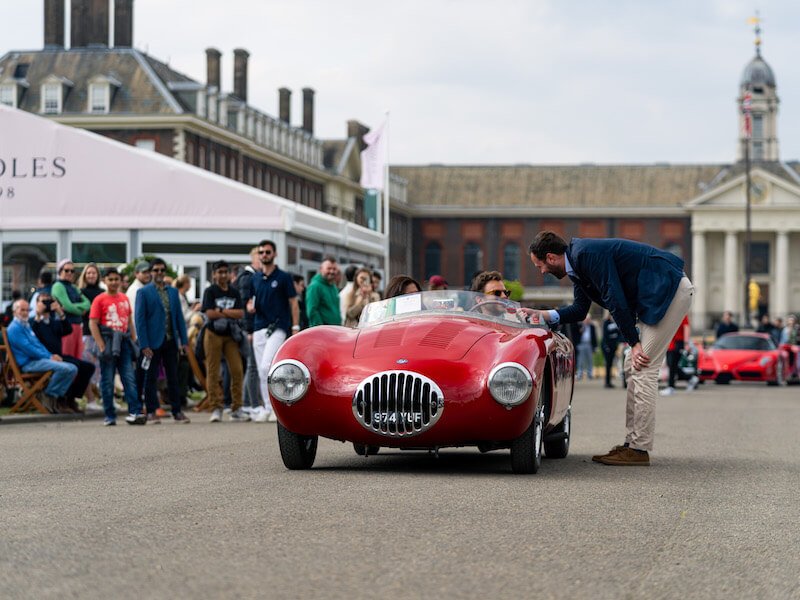 Having been acquired by Attilio Brandi ahead of the 1955 season, the OSCA won its class on the Giro di Sicilia and was second in both the Gran Premio Mugello and Gran Premio Pergusa. In 1956, Brandi tackled the Mille Miglia and, driving solo in challenging conditions, finished the legendary road race in 14 hours, 48 minutes and 42 seconds to take victory in the 1100cc Sports Car class.

The OSCA was driven through the grounds of Royal Hospital Chelsea in the Concours de Vente parade by Richard Wrightson from the Classic Motor Hub.

‘We’re absolutely thrilled that it’s won the Prix d’Honneur,’ he said. ‘It’s got such a great history and raced in the “Big Three” events during the 1950s and early ’60s – as well as Le Mans and the Mille Miglia, it twice competed in the Targa Florio.’

‘The last few days have been typical of Salon Privé,’ he continued. ‘It’s got a great atmosphere and Royal Hospital Chelsea is a lovely setting. It’s the ideal location.’ 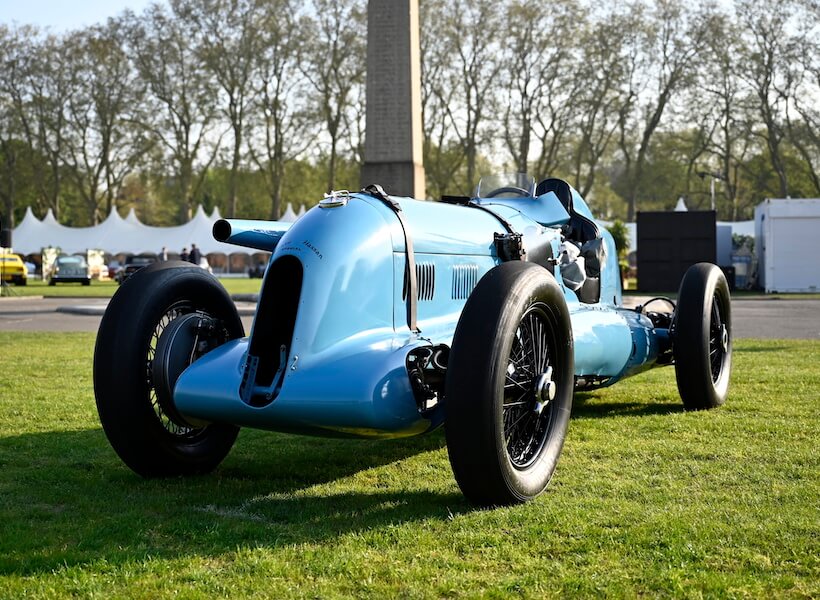 Second place in the Concours de Vente went to the famous Barnato Hassan Bentley, which was entered by Vintage Bentley and attracted a great deal of attention over the weekend. Developed by renowned engineer Walter Hassan for the former Chairman of Bentley, Woolf Barnato, it broke the Brooklands lap record several times between 1934 and 1938 in the hands of intrepid driver Oliver Bertram. It holds the Class B record in perpetuity – Bertram having lapped the banked Surrey circuit at 142.60mph – and retains its original chassis and 8-litre engine.

A Mercedes-Benz 300SL ‘Gullwing’ that won the 1956 European Rally Championship was entered for the Concours de Vente by DD Classics, and was rewarded with third place. Beautifully restored to perfection by Mercedes Stuttgart, it’s believed to be the only matching-numbers factory competition ‘Gullwing’ in existence, and during its crowning success in 1956 it was driven to victory on the Rally del Sestriere and Rally Acropolis by the crew of Walter Schock and Rolf Moll. 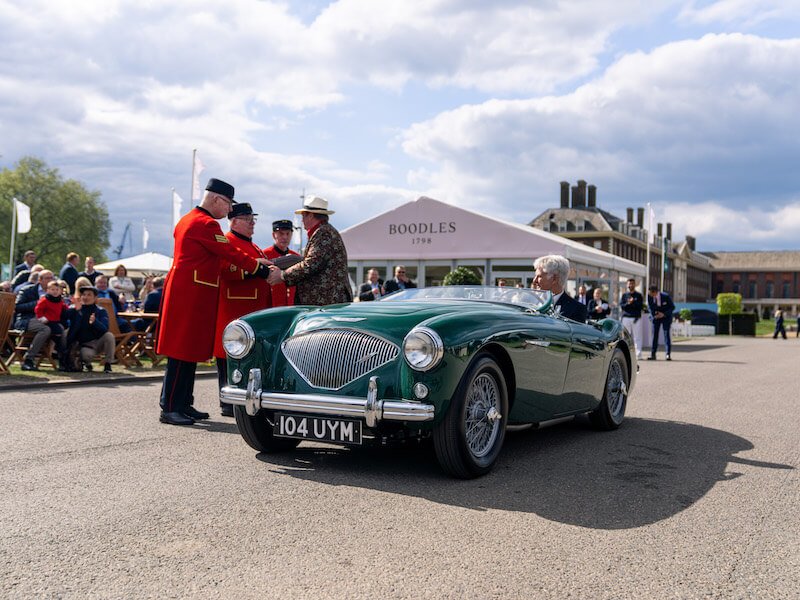 With Salon Privé London taking place in their ‘back yard’, it was only fitting that there was a Chelsea Pensioners’ Choice. The retired soldiers of the British Army – instantly recognisable around the grounds in their red uniforms – selected a 1954 Austin-Healey 100 that had been entered by marque specialist Warren Kennedy. Having been in storage in California since 1963, the little sports car has been fully restored and was presented in its original colour scheme of Spruce Green with matching green trim and hood. 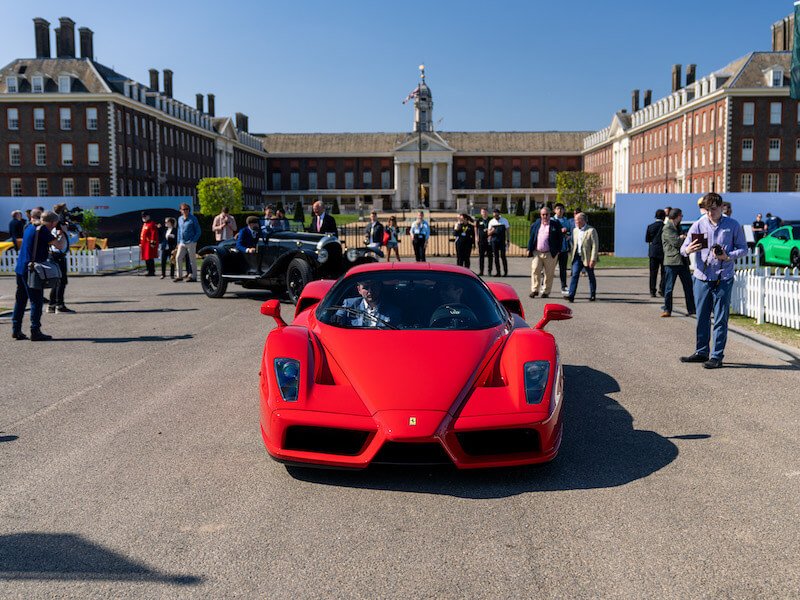 The People’s Choice award went to a sensational 2004 Ferrari Enzo that was one of only 31 UK-allocated cars and which featured a unique interior with ‘Enzo Ferrari’ stitched into the seats and a diamond-quilted rear panel inspired by the 250 GTO. Entered by Furlonger Specialist Cars, the hypercar had also been signed by key figures in the all-conquering 2004 Ferrari Formula 1 team, including Michael Schumacher, Rubens Barrichello, Luca di Montezemolo, Jean Todt and Ross Brawn.

The first-ever Concours de Vente attracted some of the world’s leading specialists, and they were united in their support for the format. More than one-third of the cars that were presented on the lawns of Royal Hospital Chelsea were ‘under offer’ by the time the sun set on Saturday, including three of the five cars that had been entered by Howard Wise. Two of those were being offered from his own personal collection: a superb Mercedes-Benz 300SL that was fresh out of a four-year restoration, and a two-owner 1972 Dino 246 GT.

Salon Privé Concours Chairman, Andrew Bagley said: ‘The Concours de Vente formed the centrepiece of Salon Privé London and has been a huge success. To see the cars being paraded around the beautiful grounds of Royal Hospital Chelsea in Thursday’s sunshine was a memorable moment, and being in the heart of the capital meant that it was the perfect location in terms of presenting great cars to potential buyers and enthusiasts. The show lawn was superb, and with everything from vintage Bentleys and one-off prototypes to 21st-century hypercars, there was a huge buzz about this inaugural event.’

All eyes now turn to Blenheim Palace, to which Salon Privé will return for its traditional late-summer fixture from 31 August to 4 September. The programme will open with the prestigious Concours d’Elégance presented by Aviva, which will be followed by Ladies’ Day presented by Boodles, the Club Trophy presented by Lockton, and the Classic & Supercar Day.