Auto NewsFirst 11 cars released ahead of Festival of the Unexceptional

First 11 cars released ahead of Festival of the Unexceptional

Held on Saturday 31st July at Grimsthorpe Castle in Lincolnshire. 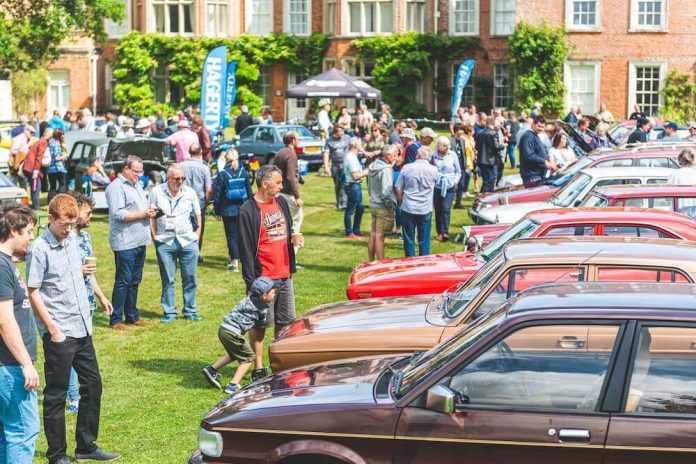 The first 11 vehicles selected for this year’s Festival of the Unexceptional have been revealed and range from an Austin Allegro to a Daewoo Espero.

The Festival of the Unexceptional, organised by Hagerty, celebrates ‘the most marvellously mundane and under appreciated cars made’ on Saturday 31st July at Grimsthorpe Castle in Lincolnshire.

Hagerty’s annual Concours de l’Ordinaire showcases 50 classic vehicles built between 1966 and 1996 and celebrates the world of mundane motoring with a tongue-in-cheek take on the familiar concours format. Instead of displaying multi-million-pound vehicles and enforcing a dress code of chinos and blue blazers, cars are of the type once seen on every residential street, and dress is smart casual without the need to be smart.

As an event preview eleven unexceptional cars have been chosen, entirely unrelated to the judging process, to give visitors of the concours a taster of the metal (and plastic) that will be on display. 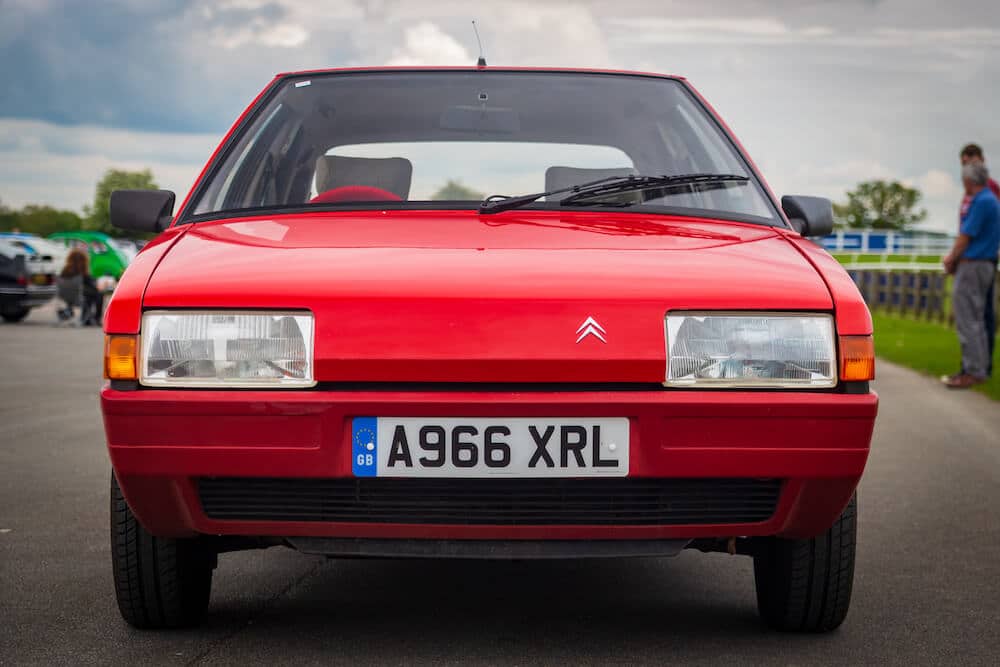 The Marcello Gandini-designed BX looks great, particularly in pre-facelift form, and there’s plenty of proper Citroën engineering too. The 16 TRS sat just below the sporty GT and used a 92bhp 1.6-litre and came with the ‘suspension goes up… suspension goes down’ pleasures of older Citroëns, but in a package that, according to the company at the time, ‘hates garages’. 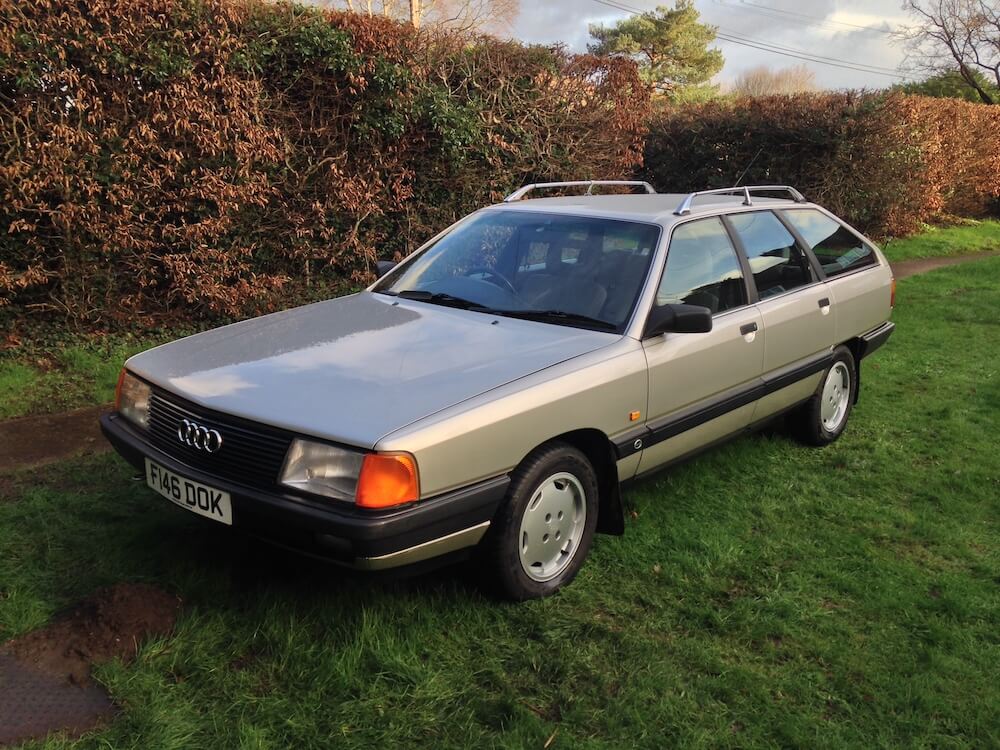 The Audi 100 Avant is a great example of what you can expect to see at Festival – the kind of car you probably haven’t seen for a while but in surprisingly sound condition and usually with a bit of a backstory. This one, for instance, was saved from the crusher. With a 2-litre five-cylinder engine going strong at 175,000 miles, it shows the legend of long-lasting Audis is more than just a rumour. 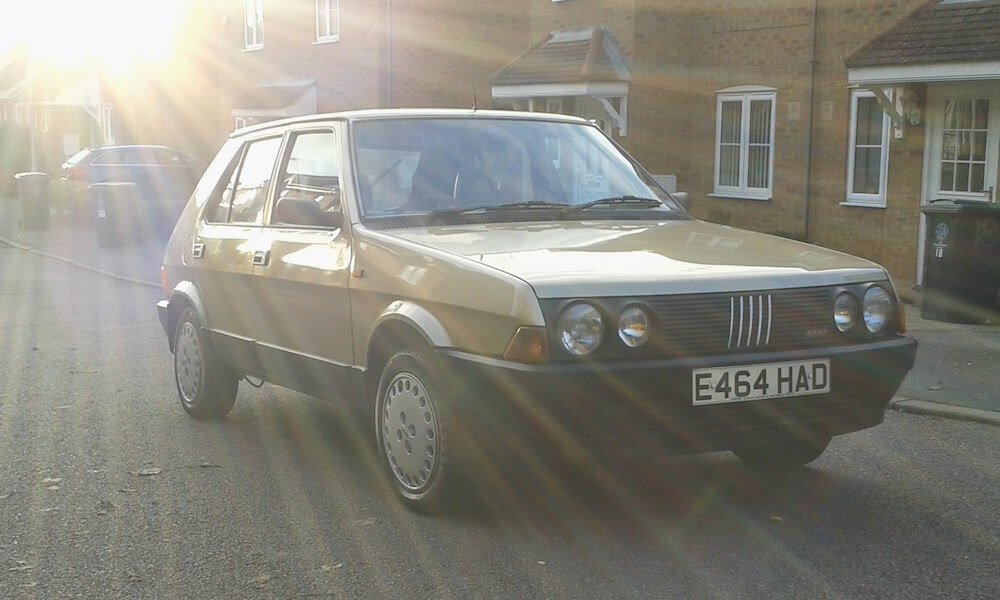 In the spirit of Italian words sounding far more exotic than their English counterparts the Fiat Strada wouldn’t have been quite the same had it been named the Street. 1988 was the final year for the Strada and this one apparently drives well, with a rorty little 1.5-litre engine derived from that in the back of an X1/9.

Mazda’s modern line-up is among the most stylish on the road in 2021, but it’s fair to say that in the 70s and 80s Mazda was rather more conservative and the 929L is a perfect example of the attitude at the time: sensible cars, well-engineered. The 929L on this year’s festival lawn has covered only 30,000 miles and is apparently one of only three cars left taxed on UK roads. 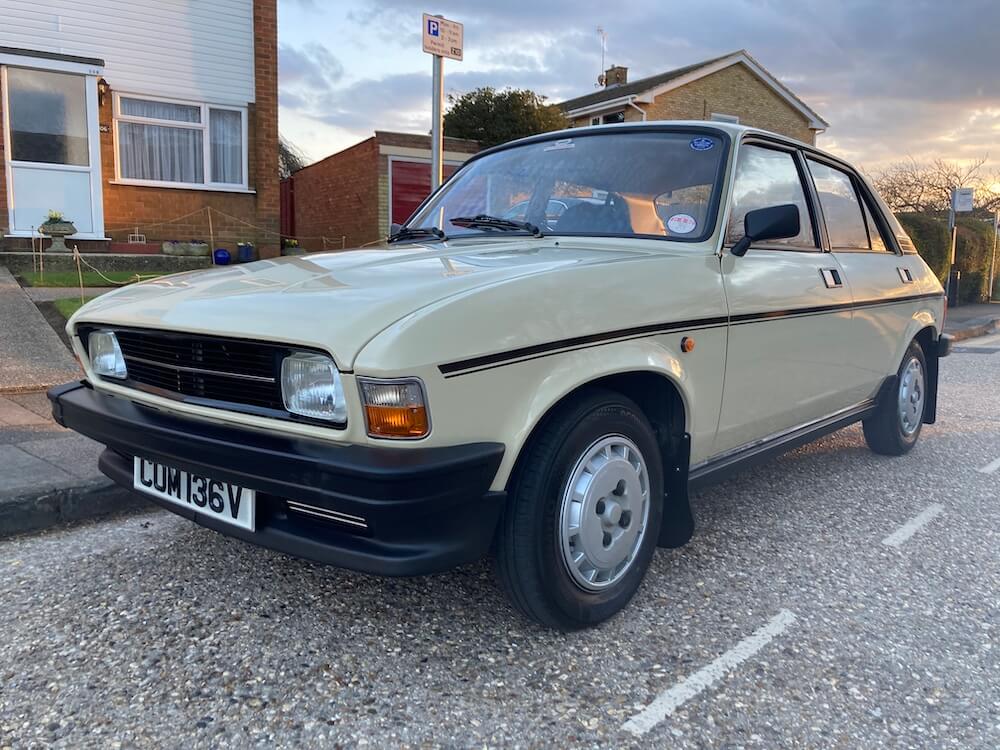 A Festival of the Unexceptional without an Allegro would be like the Goodwood Revival without Jaguar D-types. This one’s in Champagne Beige, one of a handful of 70s bathroom shades Allegros wore proudly, and as a 1979 car it has a few concessions to the following decade’s styling, such as black bumpers and mirrors. The fabled Quartic steering wheel had disappeared by this point, too, but we’re just happy to see a fine example of this unloved and surprisingly appreciating Brit. 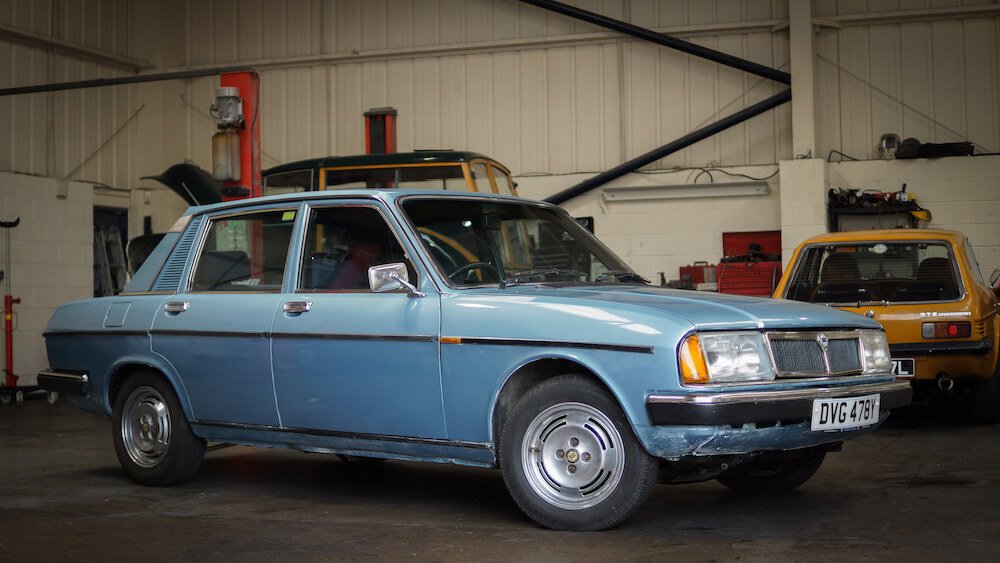 How can a curious Italian saloon with an interior to make a trypophobe run a mile (to save you looking it up, that’s someone afraid of closely-packed holes – much like the Trevi’s dashboard) fit into the same niche as an Allegro? The counterpoint is its rarity and generally unloved status, which mean vanishingly few remain – a common theme among many unexceptional vehicles. It’s one of several Italian rarities to look forward to at the Festival. 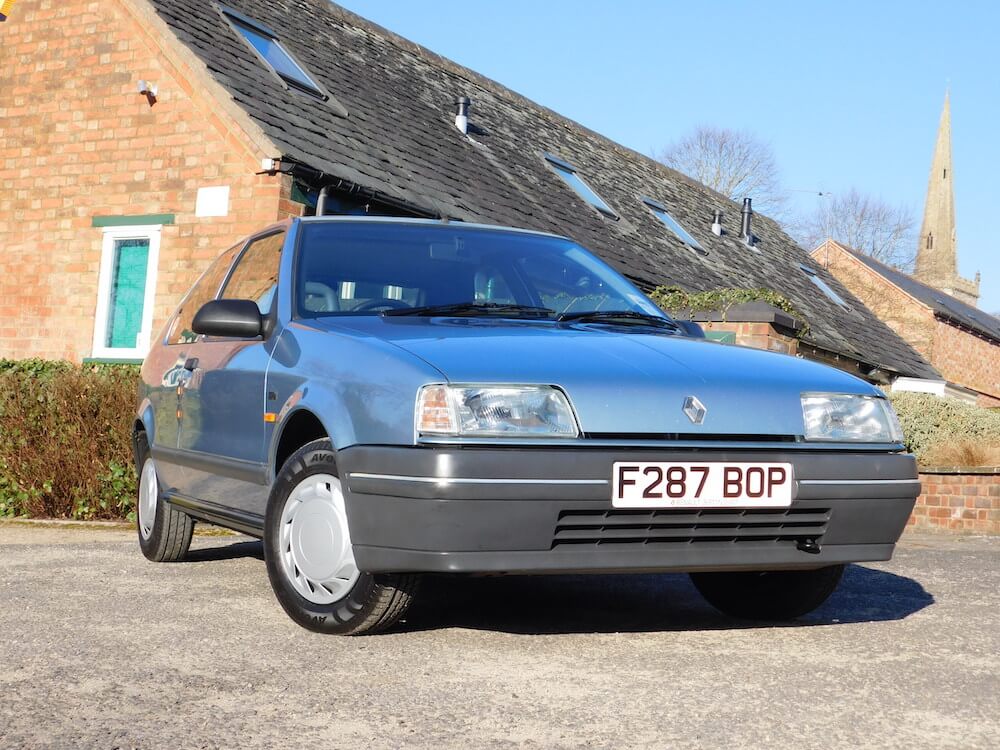 Forget about the hot 19 16V that hit the road in 1991, the wholly unremarkable 19 GTS, is where the action is at. At least, it is as far as devotees of unexceptional cars are concerned. It has the less practical three-door body, which secures it a bonus point or two, and under the bonnet is the inappropriately named 1.4-litre ‘Energy’ engine. Interestingly, our example started off life in 1989, collected from Renault Birmingham, moved to Paris in the mid-90s and now here it is, back in Blighty. 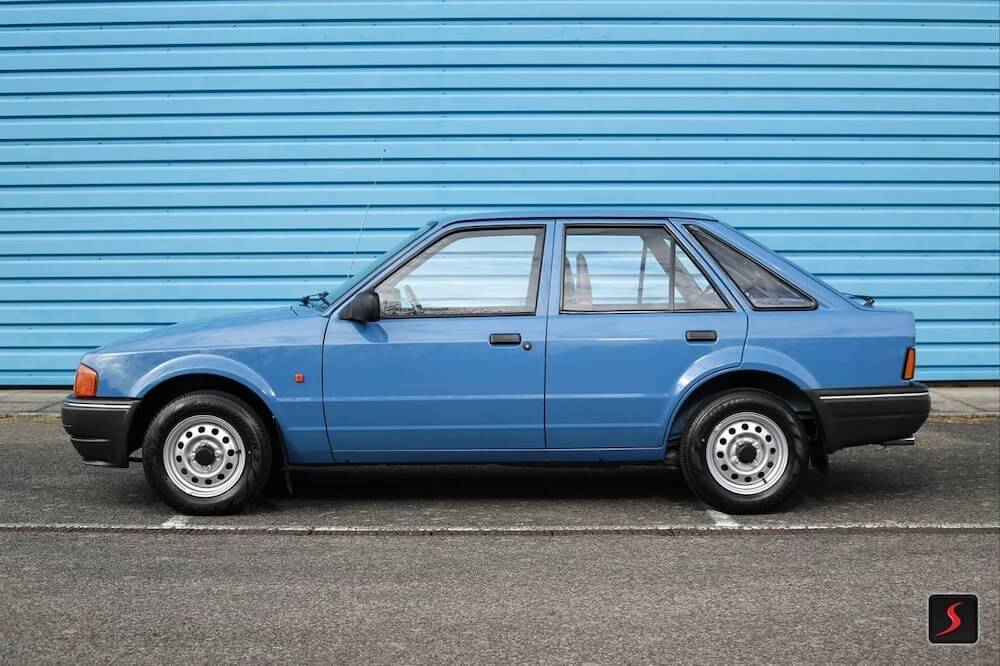 In 1989, when this 1.3 Popular was collected by its owner from Allen Ford in Romford, Essex, it was Britain’s most popular car. Its first owner evidently was smitten – keeping it for 30 years. It’s partly why it’s a survivor, having covered 60,000 miles yet looking for all the world like a showroom-fresh vehicle. The same Ford dealer maintained it all that time, too.

The Triumph Acclaim was actually a Honda that had been lightly re-engineered to be built in Britain, in a deal that was as good as forced upon British Leyland management after talks with Chrysler and Renault were thwarted and it turned to Honda. Built from 1981, the Acclaim was praised for its generous equipment levels, good build quality and excellent refinement. This 1983 model in blue is remarkable for being original and unrestored. 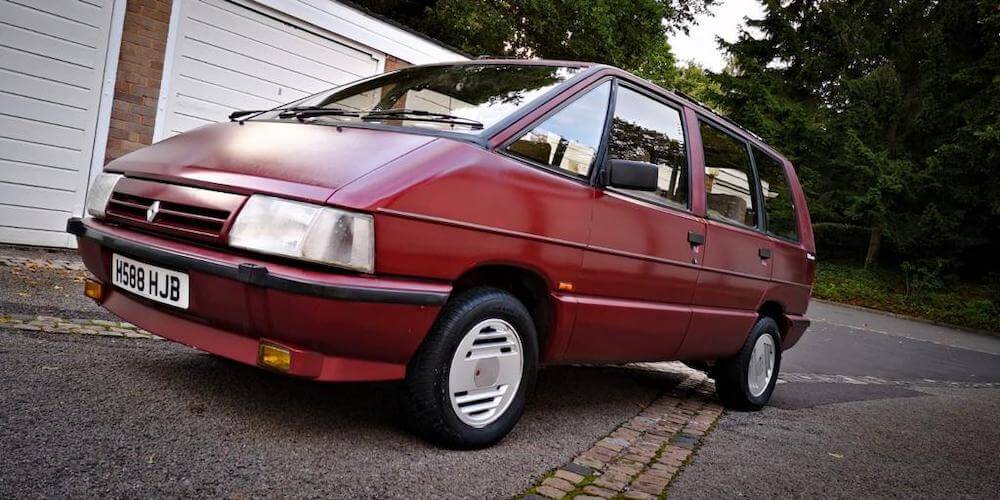 There are no prizes for guessing that Hagerty’s Festival of the Unexceptional is all about ordinary cars. But the original Renault Espace is quite extraordinary. Offering independent seats for seven people it was far more comfortable than bench-seats usually found in Japanese people carriers, and you could remove all the back seats to turn the family car into a van. This 1990 Renault Espace TXE (a Mk1, Phase 2) is a truly welcome sight on our roads. With only two owners from new, and the first family keeping it for 30 years, it has beaten the odds and avoided the crusher. 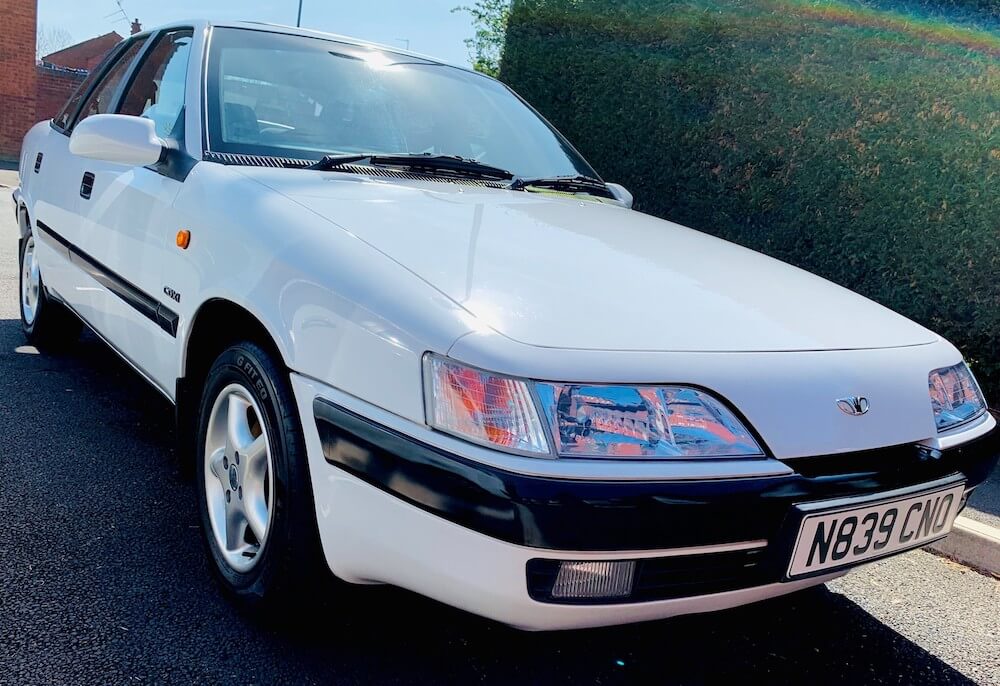 It’s the stories behind the cars that strike a chord with so many fans of Hagerty’s Festival of the Unexceptional. This 1995 Daweoo Espero was bought as a retirement present but by 2007 the owner was unable to drive and declared the car SORN. Unable to be parted, the car was given a dust-down and polish every weekend which continued until, sadly, the individual passed away. In 2014, the family were advised to sell the car for scrap but neighbours – knowing the owner wouldn’t have wanted it to be scrapped – intervened, bought the car on the spot and saved it from the scrapheap.

Grimsthorpe Castle, Lincolnshire, offers expansive grounds to enjoy with lakeside walks, formal gardens, and a children’s play area, ensuring the 2021 Festival of the Unexceptional will be a great day out for all the family.