Selection of rare and spectacular icons to be shown. 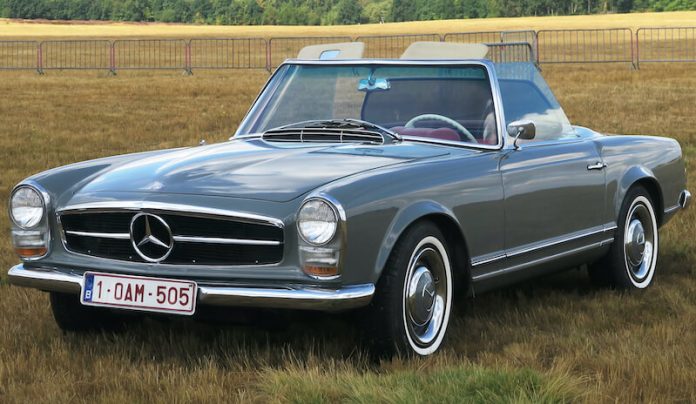 The London Concours has revealed that its 2022 edition will celebrate arguably the greatest marque of them all: Mercedes-Benz.

Running from the 28th to 30th of June at the Honourable Artillery Company in the heart of the City of London, London Concours will feature iconic examples from the company that invented the motorcar; a consistent flagbearer for innovation, luxury and engineering excellence from its inception to the present day. 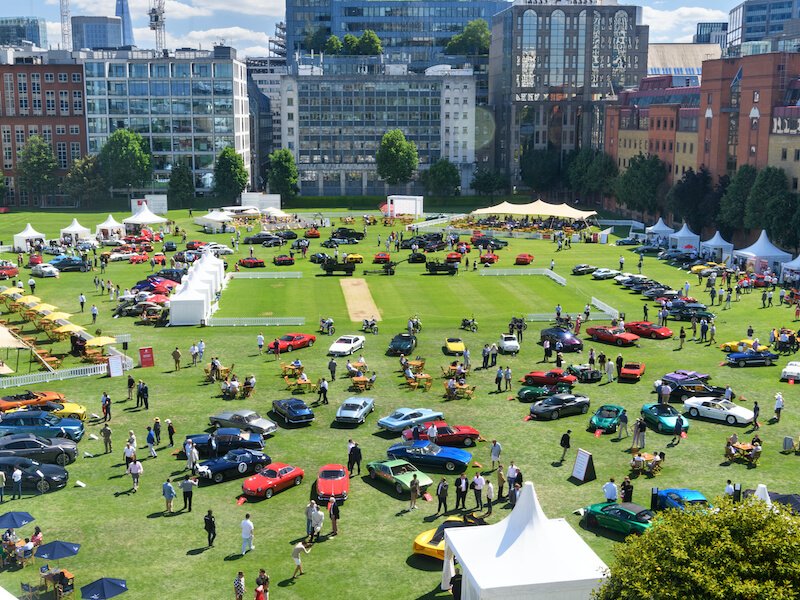 The London Concours will assemble exquisite models from this hallowed manufacturer, whose history can be traced back to the first internal combustion car, on the HAC’s immaculately manicured lawns. The line-up will span the decades, assembling the brand’s landmark cars, all high points for both luxury and performance.

The array of stunning motorcars will include genuine automotive icons such as the 300 SL ‘Gullwing’, to many the most beautiful car ever produced.  The 300 SL, codenamed ‘W 198’, made its debut in February 1954 at the International Motor Sports Show in New York; the crowds had never seen a road car like it. With a streamlined body, cloaking an innovative lightweight spaceframe, and 215 bhp straight-six engine – the first to feature direct fuel injection – the Gullwing was capable of 155mph, remarkable in the mid-1950s. A similarly stunning roadster version followed in 1957 and in all 3,258 cars were built by the time production ceased. 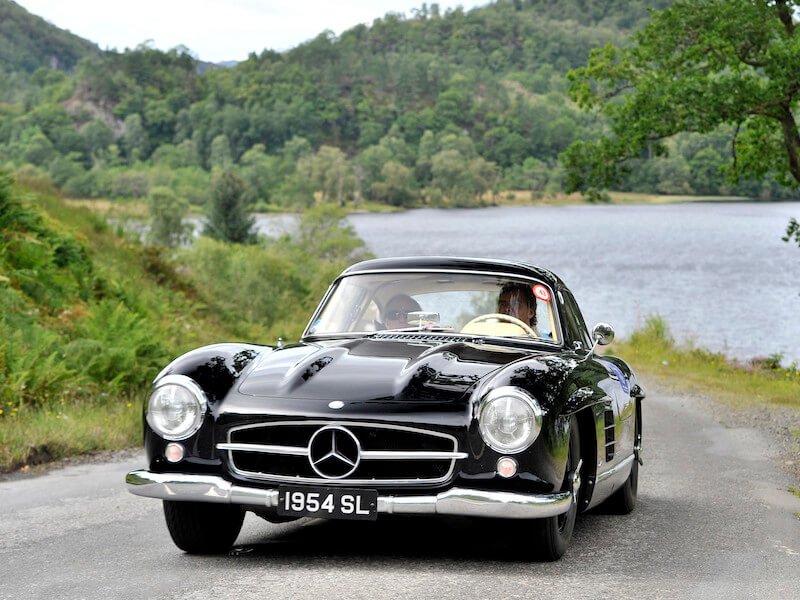 The Honourable Artillery Company will also welcome the roadster tasked with succeeding the 300SL: the SL ‘Pagoda’. Launched in 1963, Mercedes-Benz’s drop top of the 60s and early 70s has also gone down in history as one of the most revered automotive shapes of all; simple, elegant and of the highest quality. The SL was offered with a series of inline-six-cylinder engines, ranging in size from 2.3 to 2.8-litres, giving sprightly performance. Often specified with both a soft top and removeable hard-top, the ‘W113’ was a favourite of the great and good; owners in period included Juan Manuel Fangio, John Lennon and Sophia Loren.

June’s event will also play host to a modern Mercedes-Benz created in the 300SL’s image: the SLS Coupe – a modern interpretation of the ‘Gullwing’. Launched to the world in 2009, the high-performance SLS echoed its antecedent’s design, a strict two-seater with a long bonnet and of course, those dramatic doors. The SLS also acted as a direct successor to the SLR McLaren, and featured a snarling, naturally aspirated, 563 bhp 6.2-litre V8 which propelled it to a top speed of 196 mph. The SLS evolved over its production run, culminating in the savage, bewinged ‘Black Series’ cars. All variants of this stunning GT car are now sought-after modern classics. 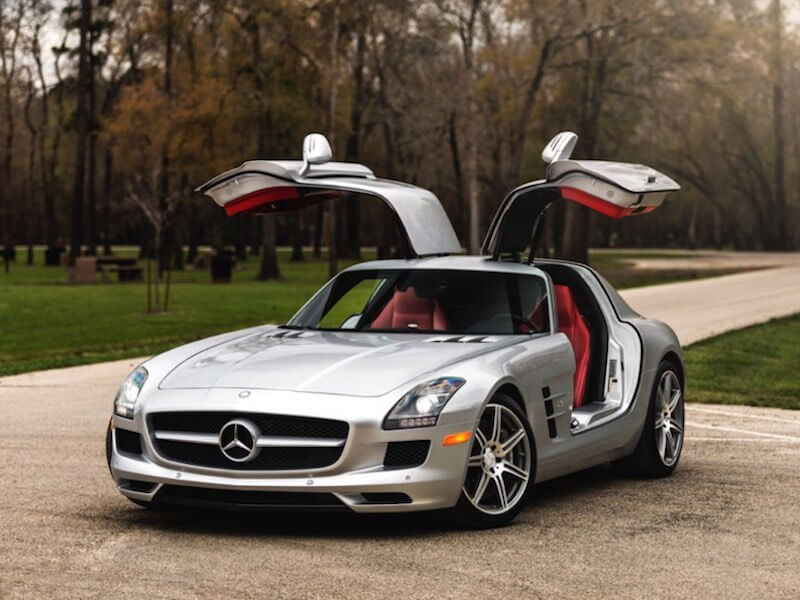 Guests will also be able to revel in the details of one of the rarest modern Mercedes-Benz: the CLK DTM Coupe. Launched in 2004 to celebrate the marque’s victory in the 2003 German Touring Car championship with Bernd Schneider at the wheel, the DTM looked outlandish, with its vented body work and dramatically flared arches. Performance lived up to the wild looks, with a 582 bhp 5.4-litre supercharged V8, propelling it from 0-60 mph in 3.9 seconds and on to a (limited) top speed of 199 mph. With only 100 examples produced, the CLK DTM remains one of Mercedes-Benz’s rarest and most sought-after performance models.

This June there will also be a chance to savour one of the most luxurious limousines ever created: the stately Mercedes-Benz 600 LWB ‘Pullman’. A technological tour de force, this limo set new standards for both performance and opulence when it was launched to the world in 1963. The ‘Grosser’ featured a silken 6.3-litre V8, affording it suitably imperious performance. The 600 LWB was a favourite of heads of state and celebrities alike, with a diverse list of owners ranging from Sadam Hussein to David Bowie. With only 428 LWB examples built, this summer’s event will present a rare opportunity to pore over the details of this titanic automotive icon. 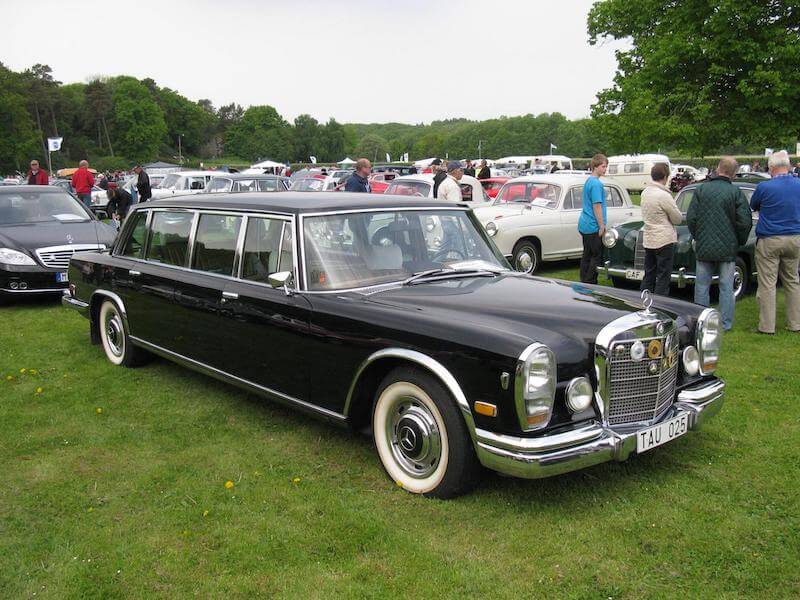 These sensational Mercedes-Benz, and many more, will be exhibited at the event in June, the ultimate automotive extravaganza, in the heart of the City of London. Further announcements will be made about the exiting further classes in the coming weeks and months, as we build up to the 6th edition of the show, set to be another occasion of complete automotive indulgence.

Andrew Evans, London Concours Director, said: “We are extremely excited to reveal that this summer’s ever popular ‘Great Marques’ class will celebrate the seminal automotive brand – Mercedes-Benz. Long associated with style and luxury, qualities central to our event, we will assemble the rarest and most alluring examples from this wonderful, storied manufacturer – all in an immaculate setting in the heart of the City of London. Guests to the Honourable Artillery Company will be treated to an astonishing array of cars, as well as delectable food and drink options, and a carefully curated line-up of designer brands and boutiques, at the summer’s ultimate automotive garden party.”