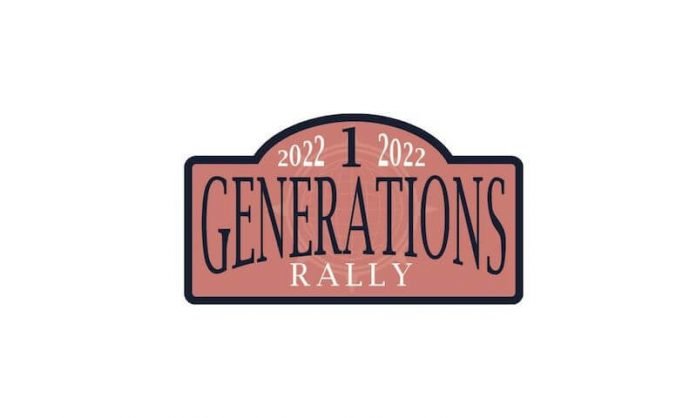 Staged in brilliant spring sunshine, Rally the Globe’s first-ever Generations Rally (25-27 March) has been hailed as a brilliant triumph on all fronts – notably in introducing the wonders of the sport to a new, younger audience. It was such a stellar sell-out success that a follow-up event has already been announced for the same weekend in 2023!

The inaugural Generations Rally was centered in the poetic English Lake District National Park and also explored the similarly open roads and spectacular scenery of the Yorkshire Dales and North Pennines.

Created specifically to ignite the passions of potential future endurance rally competitors – notably those of a younger age – the innovative event was open to driver/navigator crews of distinctly different generations in both vintage and classic car categories. The concept was so well received that all 75 entries were snapped up well in advance with, once again, a prominent number of eager competitors able to travel from overseas: France, Germany, Holland, Ireland, Italy and Switzerland as well as the USA.

Remarkably nearly 50 of the participants were aged under 30 with a significant magnitude of those super-keen female competitors. The youngest of all was Pat Blakeney-Edwards’ son James doing his first rally aged just 13. 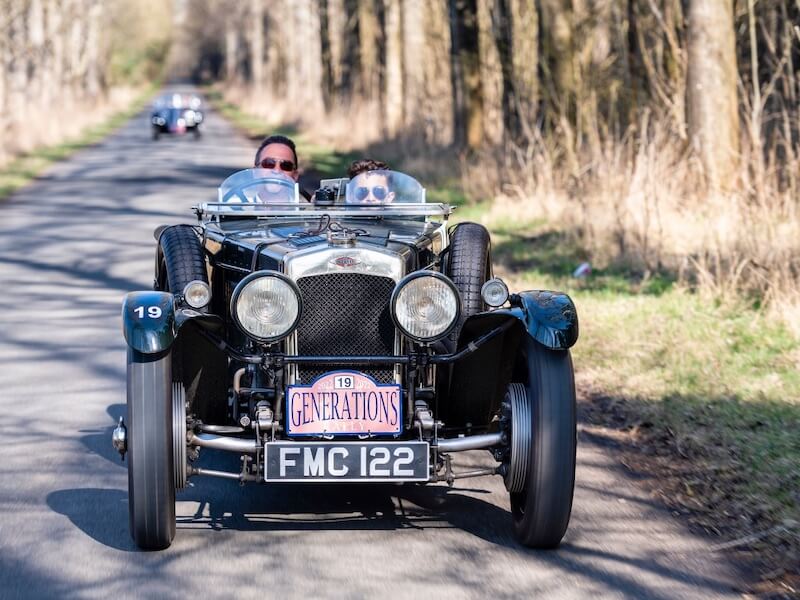 When the dust settled, victory in the vintage classification went to retro racer Martin Hunt and his young co-driver James Galliver aboard the former’s sporty 1937 Frazer Nash-BMW 328 roadster. Among the more recent Classics, the spoils went to Stephen and Alexander Chick in their beautiful 1959 Austin-Healey 3000 Mk1.

In the true character of the rally’s pioneering Generations theme, the Chicks were a father and son crew while 24-year-old Galliver is Hunt’s son Theo’s best friend from school. Endorsing the family-friendly theme, Theo himself teamed up with his mother Olivia to finish third in category in another of the formidable Frazer Nashes.

“It was just fantastic,” enthused an understandably delighted Hunt senior. “The big bonus, of course, was the incredible weather but the route was every bit as spectacular – we travelled though parts of England I never knew existed. 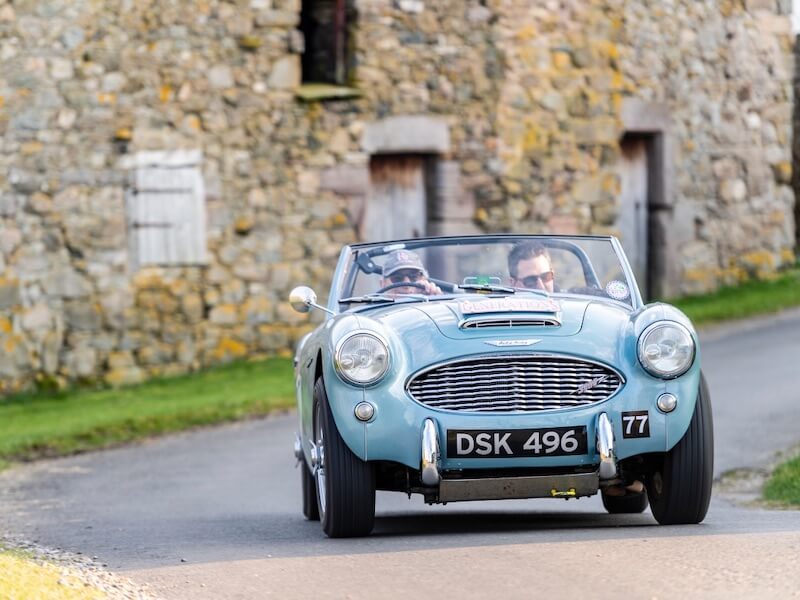 “Although, to ease the passage of newcomers into the sport, the rally was billed as being ‘not too difficult’, it certainly wasn’t a Ladybird book! By the end, it was quite competitive which made doing rather well all the more rewarding.”

To bring novices quickly up-to-speed, tutorial sessions on navigation and endurance rally skills were organised in advance and the short three-day format was cleverly designed to enthuse rather than to alarm new recruits.

Once all the professionally overseen paperwork and mechanical scrutineering checks had been completed on Friday morning, the full capacity field of eye-catching cars set off under an azure blue sky from the luxury Low Wood Bay Resort & Spa hotel, set idyllically on the shimmering shores of Lake Windermere. 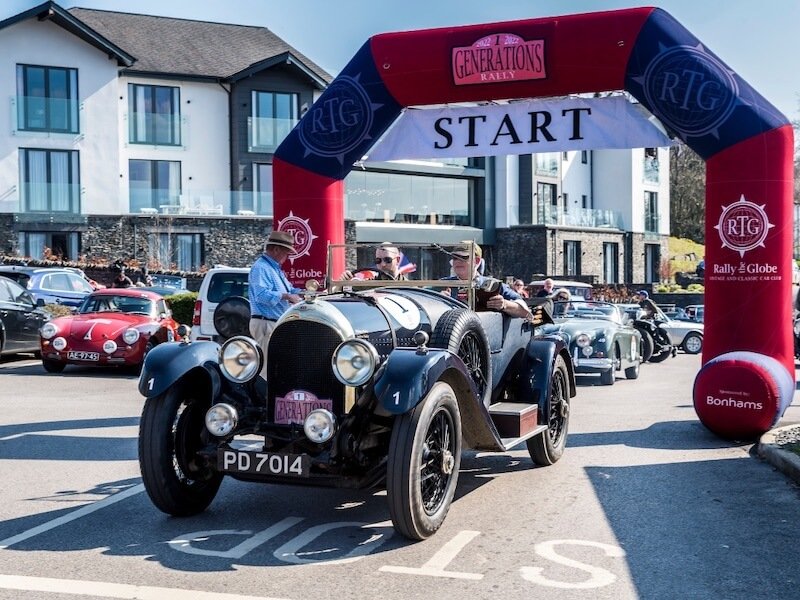 Whetting appetites, the afternoon’s route included marvelous views from the top of the Honister Pass and introduced newcomers to the challenges of both Regularity and Speed Tests, the latter staged at the kart track in Rowrah.

Saturday’s itinerary served up a slightly tougher array of challenges for navigators and drivers alike. An unforgettable ride over rolling empty roads of the picture-perfect North Pennines, an UNESCO World Heritage Site, was followed by a well-deserved lunch at the Bowes Museum in Barnard Castle. Further Tests and Regularities came swiftly thereafter before an even trickier map-based final Regularity – this required increasingly confident crews to plot the shortest route possible between three marked points whilst approaching and departing in the correct direction. 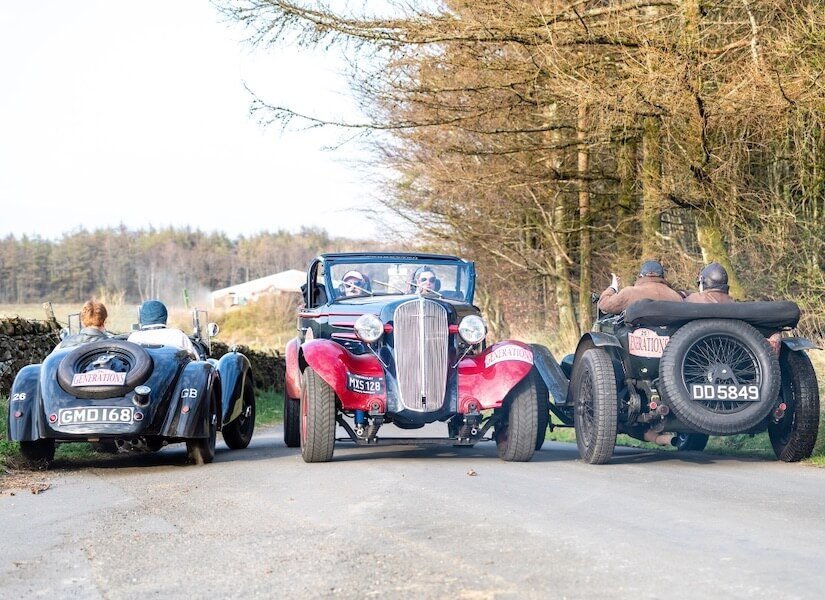 To provide competitors with an early afternoon departure, Sunday’s schedule included a short morning of further Regularities and navigational assignments before lunch and prize-giving back at the event’s Low Wood Bay Resort & Spa headquarters where participants were splendidly hosted throughout.

As well as the coveted sporting awards, two further discretionary gongs were presented to crews that had best captured the effervescence and infectious camaraderie of the event. The Spirit of the Rally accolade went to Nick and Jessica Sleep in their Bentley Supersports and the Against all Odds trophy was awarded to Rory and Ingrid Woodhouse for their stirring efforts aboard a Riley 12/4 Sports.

“It was just a terrific event,” enthused Fred Gallagher, Rally the Globe’s vastly experienced Rally Director. “The Generations concept proved to be a real winner on all fronts. So many parents were clearly not only thrilled to be sharing their passion for these motoring adventures with their children but also delighted to be spending such quality time together.

“It was also impressive to see just how quick and agile young minds are at coming to grips with processing information and multi-tasking often under stress and at speed. Many have already caught the rallying bug and are super-keen to be given another opportunity to put their newly gained skills to the test. And that, after all, was what Generations was all about.” 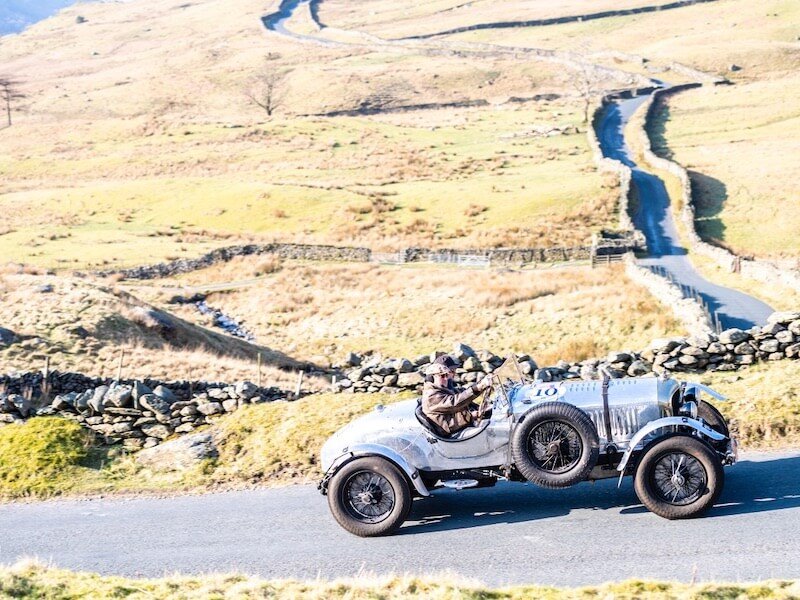 Much to his surprise, Gallagher was promoted to Clerk of the Course for the event at the last minute after Mark Appleton, the event’s creative architect, sadly tested positive to Covid just days before the start.

“It’s a massive credit to all the great work Mark had done in advance that everything ran so seamlessly over the weekend and also great credit to the strength-in-depth we now have within the Rally the Globe team,” praised Gallagher whose own focus now switches to the next three fixtures on the Rally the Globe calendar, all of which are staged in continental Europe.

First up is Carrera España on 24 April – 5 May. Running to Rally the Globe’s much-prized Carrera format with asphalt surfaces and luxury hotels, it explores northern Spain from a starting point in historic Barcelona. 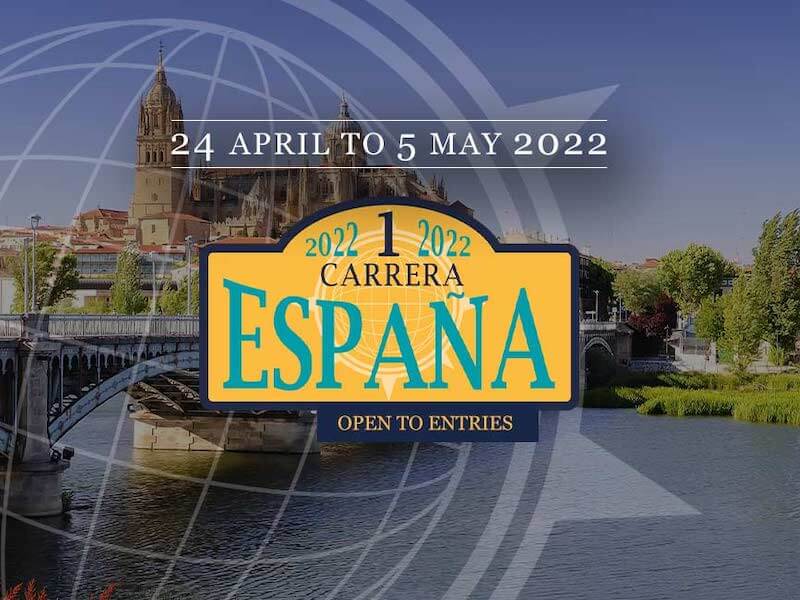 Covering close to 3,500 miles (5,500 km) the following Ypres to Istanbul Challenge on 13 June – 3 July is somewhat more adventurous with the route east including a wide variety of gravel and unsurfaced roads.

The year then concludes with the Vintage Dolomites on 24 September – 2 October. Exploring the Austrian Tyrol and Italian Dolomites, it is reserved exclusively for Vintage category pre-1946 cars.

While this year’s calendar is focused on exploring Europe, plans thereafter are more global with Marathon events in both North America and South East Asia already announced. Entries for those – as well as next year’s Generations Rally sequel – are already open.