Carry on Glamping starts on Tuesday 5th May on Channel 4 at 10pm. 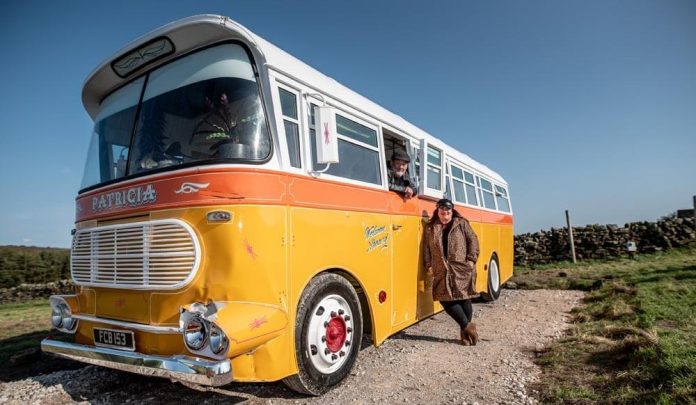 Comedian and actor Johnny Vegas returns to our screens with a new programme which sees him transform abandoned buses and other vehicles to create a unique glamping site.

Carry On Glamping follows award-winning entertainer Johnny Vegas who wants to create a cool glamping site. Together with his long-suffering assistant Bev Dixon, he sets about buying an old Maltese bus online. It seems a bargain, but all is not as it seems! 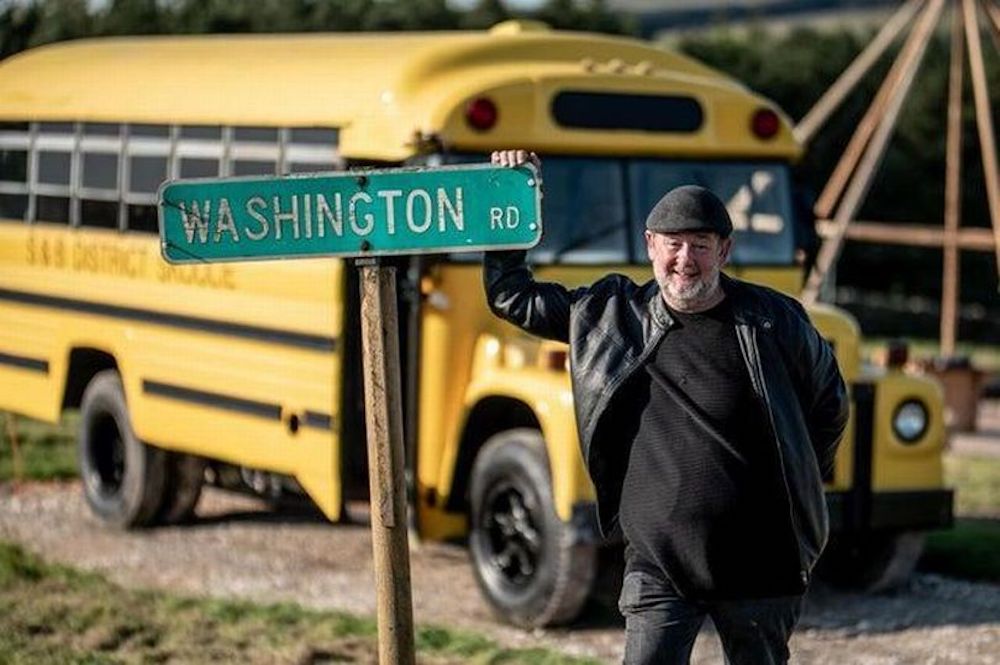 Across four one-hour episodes, Johnny, Bev, and a gang of vintage vehicle enthusiasts attempt to bring new life to a collection of old vehicles as the clock is ticking to get the site open in time. And soon, anything that can go wrong does.

Johnny loses several potential sites for his glamping business, and when Coronavirus hits, the whole project is in jeopardy. Their luck begins to change when a farm in the stunning Yorkshire countryside offers to house the site and Johnny’s bus renovation slowly starts to take shape. But a devastating crash once again threatens the whole endeavour.

“I used to have a camper van which I used a lot when I was writing my book years ago,” Johnny explains. “I’m a big sucker for Amazing Spaces and all those shows and I’d always intended to replace the camper. I lost my dad and I think you go through that thing of going ‘if not now, when?’ and then I did what any sensible person would do – I got drunk, went online and bought an old Maltese bus. I didn’t look for a bus in the UK, I didn’t go that far down the searches. 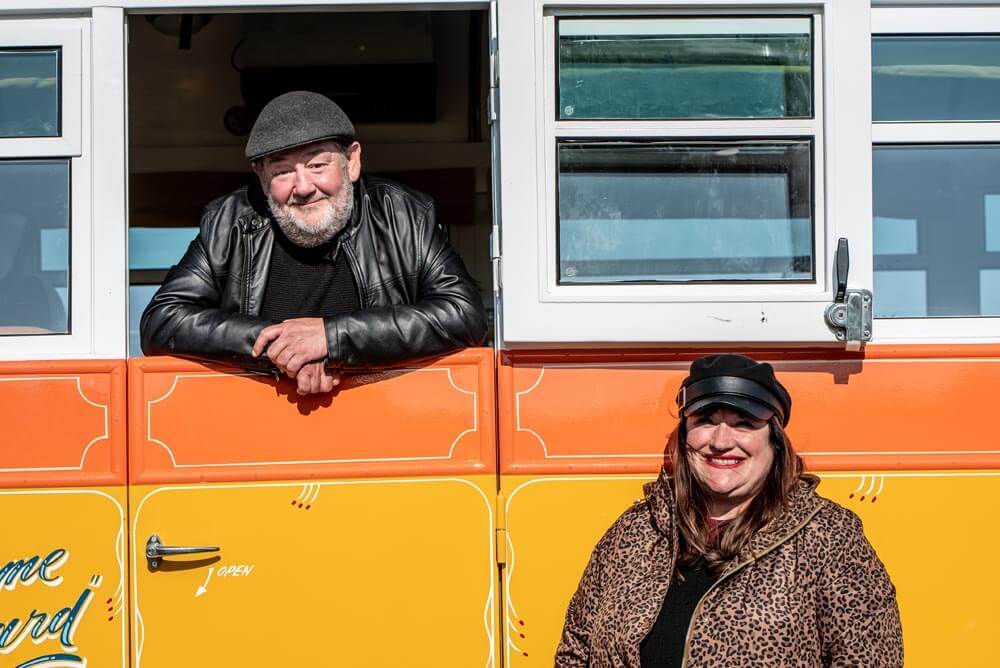 “I thought ‘Malta, that will be easy enough’. I shared it on social media and Plum Pictures got in touch and were like ‘are you seriously considering this?’ Then we took my mum on holiday to Beaumaris in Wales and we got talking to someone from the National Trust who said they had land they wanted to develop. Things just fit into place, so we went to the pub that night and bought the bus online. It all steamrollered from that to opening a campsite. It has accidentally turned into a business.” 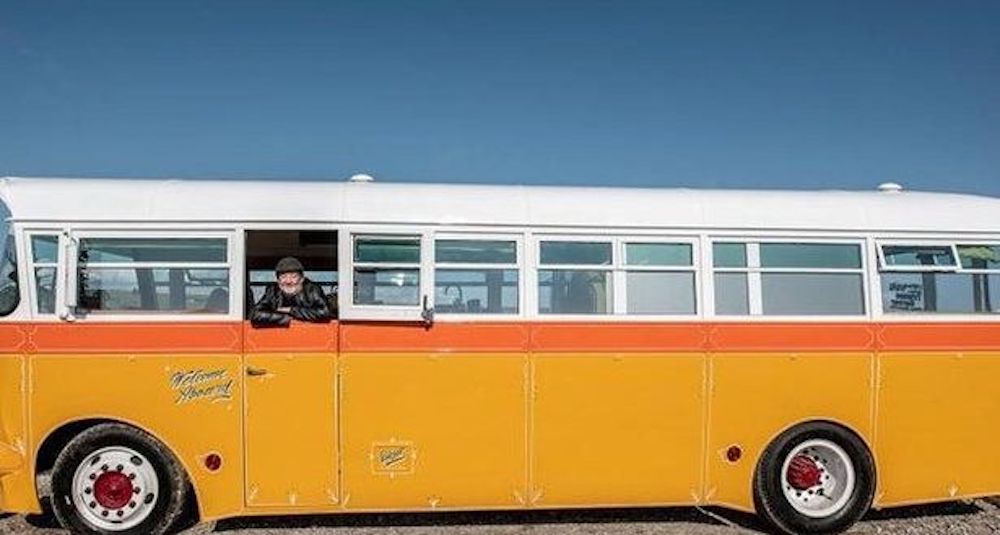 Glamping is on the rise in Britain, and it’s no longer just a posh tent in a field. Up and down the country, people are repurposing old vehicles into stunning boutique hotels.

Johnny adds: “I do love vintage stuff, we’ve got an amazing transport museum here in St Helens. I’m not really a fan of brand-spanking new, I like things with a bit of character and I think what’s drawn the other vehicles to the site. I love that we have this theme of rescuing vehicles that would have otherwise gone to scrap. We very nearly did have to scrap her [the Maltese bus].

“I was so naïve. From transporting her over, to getting her to the yard to not fully realising, because I wasn’t doing the work myself, the financial implications of fixing her up. At one point we had a make or break day of do we just scrap her and put it all down to a bad idea. But I’ve been very lucky, the general feedback from people who have seen the whole series is, ‘you’ve had this crazy idea but you’ve somehow got people to follow you’. I’m more like a cult leader.”

Soon Johnny adds a 1970’s American School Bus that sleeps a family of five, a 1960’s Mercedes fire engine, a unique hybrd of a 1970 Morris Minor Pick-Up and a 1960 Fisher Holivan Junior Caravan, affectionately called ‘Billy The Snail’, and a Citroen Camper that is one of only 13 ever made and is characterised by the unusual detachable camper. All these vehicles reside on the ‘Field of Dreams’ glamping site in Yorkshire.

You can follow the adventures of Johnny, Bev, Patricia the Maltese bus, and the other vehicles from Tuesday 5th May on Channel 4 at 10pm or stream as a box set on channel4.com.