The London Classic Car Show will celebrate the Bugatti Brescia this summer, marking the centenary of the immortal 1-2-3-4 finish for Type 13s in the 1921 Brescia Grand Prix.

This special display includes Molsheim marvels, supported by the Bugatti Owners’ Club and The Bugatti Trust, and is part the ‘Evolution of Design’ theme of The London Classic Car Show, which takes place outdoors at Syon Park from 25-27 June 2021.

When it comes to automotive legends Ettore Arco Isidoro Bugatti is right up there with Enzo Ferrari, Ferdinand Porsche and Henry Ford. While it was in 1909 that the Italian-born, French design genius founded the illustrious company which bears his name in then German town of Molsheim, it was in 1921 that Bugatti really came of age – and that centenary milestone will be celebrated. 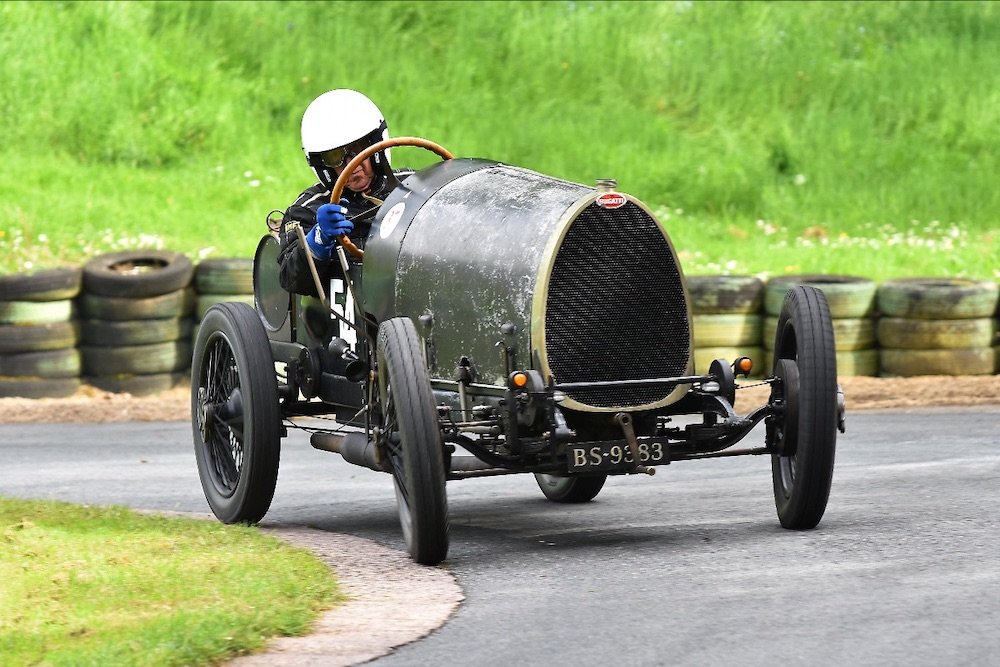 Though undeniably diminutive alongside more powerful rivals, Bugattis were always beautifully conceived with better handling, steering and braking, quickly earning themselves a giant-killing reputation on European racetracks… none more so than in the brand-defining 1921 Brescia Grand Prix.

Staged at the Circuito di Brescia as a major attraction during the historic Italian city’s prestigious annual Speed Week, the race witnessed a quartet of audacious Bugatti Type 13s* routing the opposition when scoring a remarkable 1-2-3-4 clean-sweep. Victory went to Bugatti works driver Ernst Friderich – the pioneering French ace who racked up many of the Type 13’s early wins. 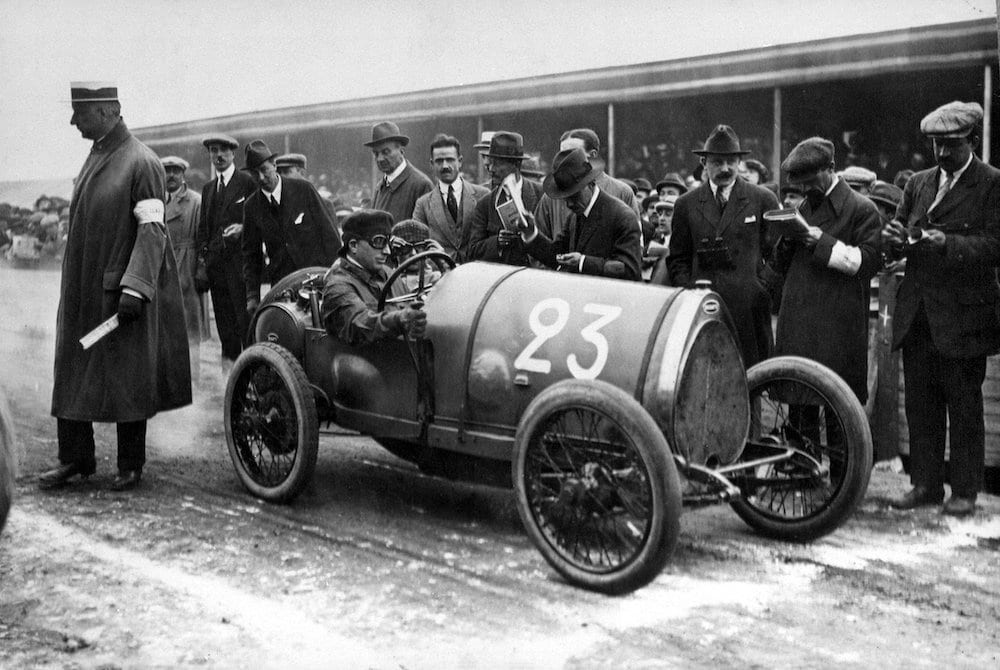 Nearly 100 years on, those cherished Brescia models are more highly-prized than ever before often changing hands for close to £500,000 at auction. Now, to mark the centenary of Bugatti’s greatest triumph, visitors to The London Classic Car Show 2021 will be treated to a magical collection of outstanding Brescia models dating back to the 1920s.

“It was the Brescia and its deified four-car sweep at the finish of the 1921 Brescia Grand Prix that really put Bugatti on the motoring map,” confirmed Mark Woolley, Show Director. “That was the game-changing result that really cemented Ettore’s reputation for building incredible cars with outstanding performance on road or track… and thus a major centenary in automotive history that we are delighted to be toasting at The London Classic Car Show.”

To ensure this remarkable centenary is honoured in style, the special display in Syon Park is being organised in conjunction with both the Bugatti Owners’ Club and The Bugatti Trust – both are understandably enthusiastic to be supporting the celebration.

Nick Upton, Chairman of the Bugatti Owners’ Club, is delighted to be given this prestigious opportunity of exhibiting a parade of Bugatti Brescias from within the Club Members’ ownership.

He said: “We will be displaying a real box of chocolates complete with hill climber, rally, the Parisian gentleman and the amateur racer cars. So originality, competition and design will be at the centre of the Bugatti Owners’ Club pavilion.” 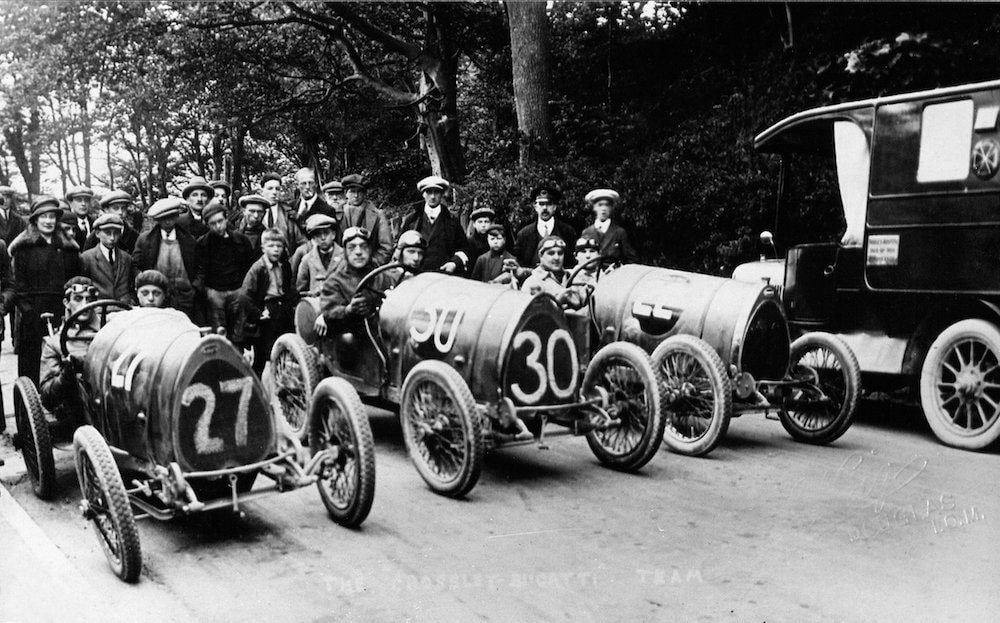 Hugh Conway, chairman of The Bugatti Trust Museum and Study Centre, enthused: “The Bugatti Trust, the centre of research into the history of Bugatti, is delighted to join into the celebration of the centenary of the Bugatti 4-cylinder Type 13’s race victory at Brescia in 1921 in which it took the first four places. It and its longer wheelbase derivative thereafter have been known as ‘The Brescia’ and was one of Ettore Bugatti’s most successful models, 2000 being made in the years to 1926.”

The London Classic Car Show is celebrating the entire 135 years of automotive innovation under its evocative central theme of ‘The Evolution of Design’. This unique gathering of acclaimed Bugatti Brescias will be one of the stand-out features of this remarkable journey through time. Other highlights already confirmed include tributes to the pioneering Lancia Lambda and much-loved Jaguar E-type.

Tickets for this summer’s The London Classic Car Show, set in the Covid-compliant surroundings of Syon Park on the banks of the Thames, are now on sale. As in 2020, adult admission is available in advance from £25 (£30 on the day) with a limited number of Premium upgrades also on offer.

Providing reassurance for all ticket buyers, full refunds (excluding booking and transaction fees) will be offered should the show be cancelled as a result of Covid-19.