Born from an idea spawned by a 32-year-old Austin Maestro, and after four years in the making, the UK’s newest visitor attraction Great British Car Journey opens its doors this weekend – and our own Mike Brewer got a sneak preview.

Making the once ordinary extraordinary, the Great British Car Journey is packed with British marques and models that dominated the roads for nearly a century.

Motors fixed in our memories, like the Morris Minor, Ford Capri, and everything before, after and in between, are cars that are now so rare that you’re more likely to see a £150,000 supercar on today’s roads.

More than 130 vehicles now fill a former wire works factory on the banks of the River Derwent in Ambergate, Derbyshire. 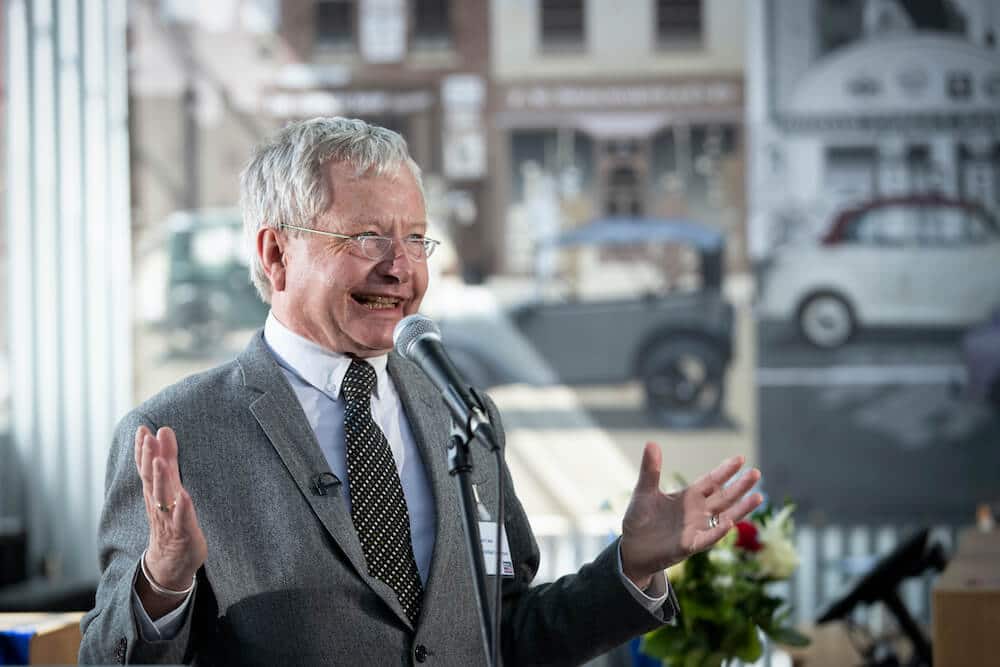 Richard Usher, CEO of Great British Car Journey explained: “Four years ago, when I owned and managed Blyton Circuit, a gentleman approached me asking if I’d like to buy his 1989 Austin Maestro in mint condition with just 10,000 miles on the clock. My first thought was ‘no’, but it then got me thinking about when I last saw an Austin Allegro, Metro, original Mini, or even a Ford Cortina on the road. These were cars that were once on virtually every street in Britain and sold in their millions.”

The seed was planted and Richard, together with four private investors, set about amassing one of the largest privately owned collections of British designed and manufactured cars in the country.

Visitors to Great British Car Journey will be guided round the exhibition with a unique handheld audio device which tells the fascinating story of individual vehicles as well as the development of the UK’s motor industry. 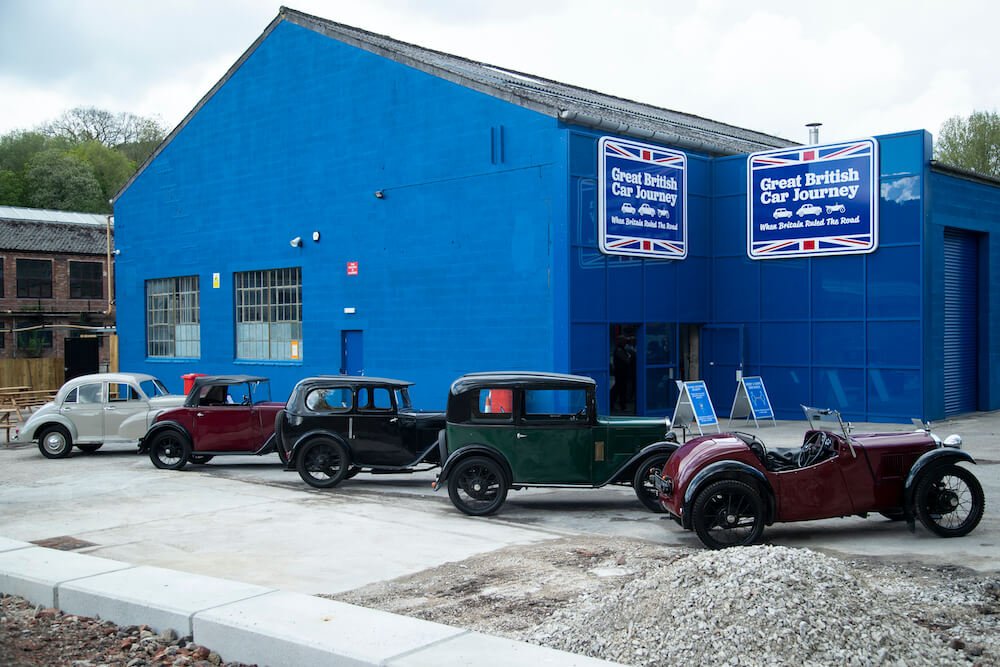 Starting with the Austin Seven in 1922, the Great British Car Journey chronicles car design and production in the UK through to the modern-day McLaren 650S, which has been lent to the attraction by the supercar manufacturer.

The collection of almost 150 cars has been brought together over the last four years. One of the most difficult cars to find for the exhibition was a Vauxhall Chevette. Only a handful of Chevettes in roadworthy condition are thought to exist in the world today, despite around half a million being sold in Britain between 1975 and 1984.

Explaining his vision in more detail, Richard said: “I really wanted the cars to tell a story, so the journey charts the growth of car ownership from Austin’s Seven to the present day.

“It has a motor show feel with cars grouped in the decades – or chapters – in which they were produced, with period adverts and graphics prominently displayed.

“The vehicles are easily accessible. We want people to smell the old car smell, marvel at the interiors and jog memories of trips in the family car, their first car or back seat fights with their siblings when they were growing up.

“Everyone who has been on the journey, whether a car nut like myself or not, doesn’t fail to have a smile on their face remembering days gone by. Great British Car Journey is the ultimate trip down Memory Lane.” 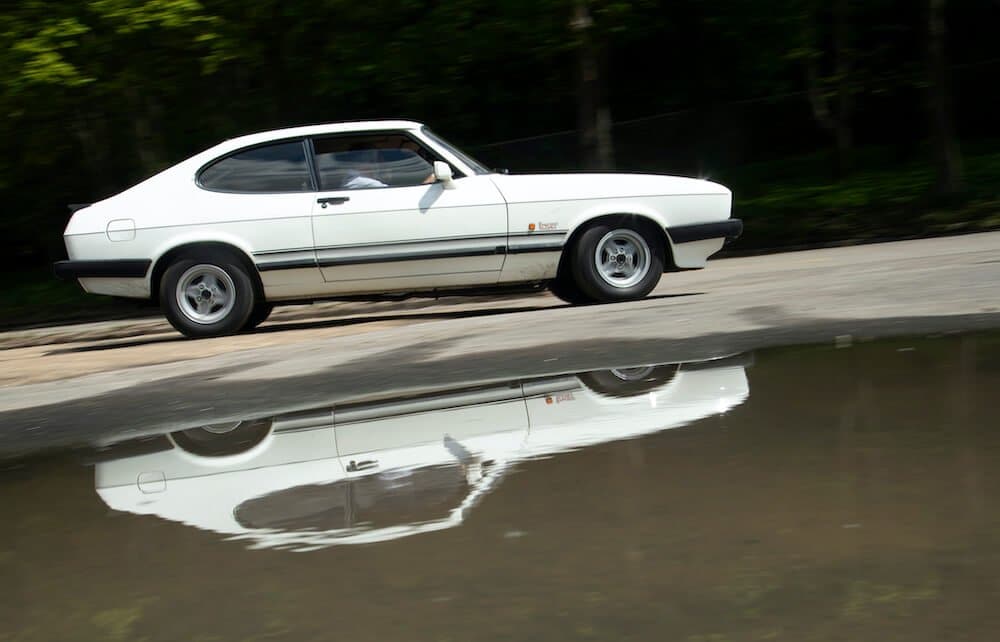 And the cars aren’t purely for looking at; more than 30 of them can be driven.

For an authentic, hands-on trip down Memory Lane 32 cars, including the Maestro that started it all, are available to drive on a private road as part of the Drive Dad’s Car experience.

All the vehicles in both the exhibition and Drive Dad’s Car experience are in working order and fully maintained by Great British Car Journey’s own time-served technician and apprentice. Visitors are welcome to watch them at work in the onsite workshop within the exhibition hall.

“Great British car journey is very much a working attraction. We have a large collection of well-thumbed Haynes manuals which are regularly consulted when we need to locate a bonnet catch or various engine parts to ensure the maintenance of the collection,” added Richard. 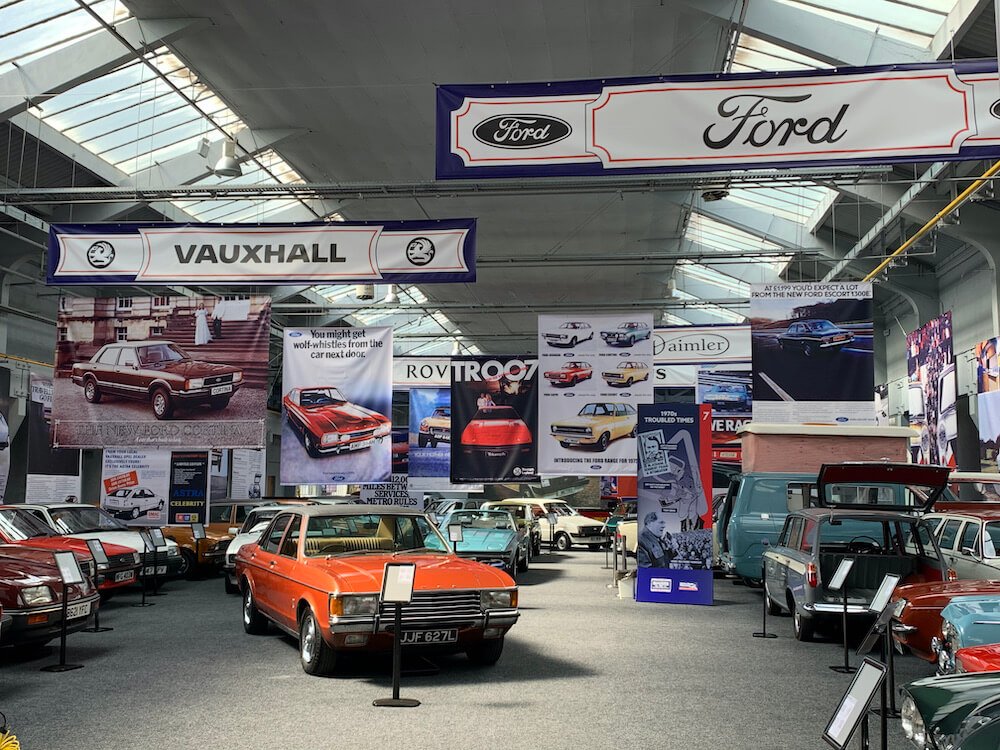 Visitors to Great British Car Journey are guided round the exhibition with the handheld audio device while an army of volunteers are on hand to explain the finer details of the vehicles, from hidden petrol caps masquerading as taillights to the split bumper on the Morris Minor and one car once owned by a British music icon.